The CEO of Hey Deedee, an enterprise that addresses the need for last-mile delivery by employing only women, is targeting rapid expansion to 15 more cities, seed funding and even a new B2C venture. 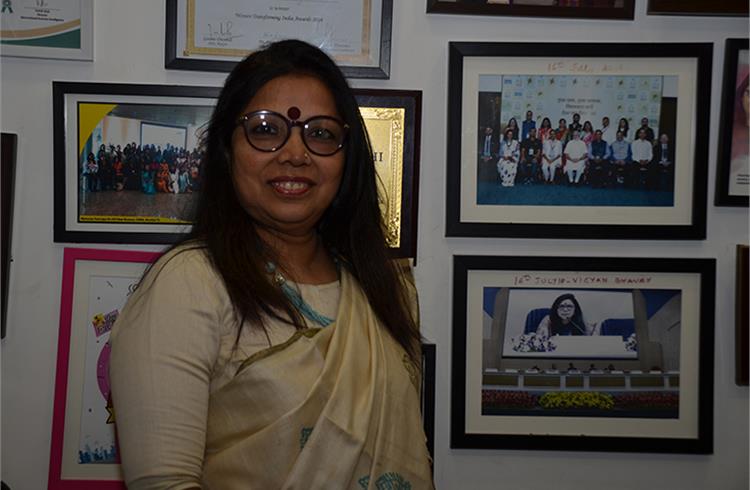 Revathi Roy, the CEO of Hey Deedee, is making all the aggressive moves in 2019 with rapid expansion to 15 more cities, seed funding and even a new B2C venture.

More than 30 percent of the population in India uses the internet today and a growth of more than 50 percent is expected in the years to come. According to IBEF, India is the fastest growing market for the e-commerce sector with an expected revenue of $120 billion in 2020. This is further aided by the rising smartphone penetration, the launch of 4G networks and increasing consumer wealth. With the introduction of 100 percent FDI in B2B e-commerce, e-commerce industry in India is looking at huge investments and thus a staggering growth.

In order to match the rising popularity and ease of accessibility of online shopping, retailers are now looking for a transportation network that would allow them to deliver the goods in the fastest and the most efficient way. Considering the nature of the pace at which the goods need to be delivered (especially food and other degradable materials), retailers have to rely on players beyond the traditional courier service providers. Hence, with the surge of online commerce, the need for the last mile delivery becomes ever more important. 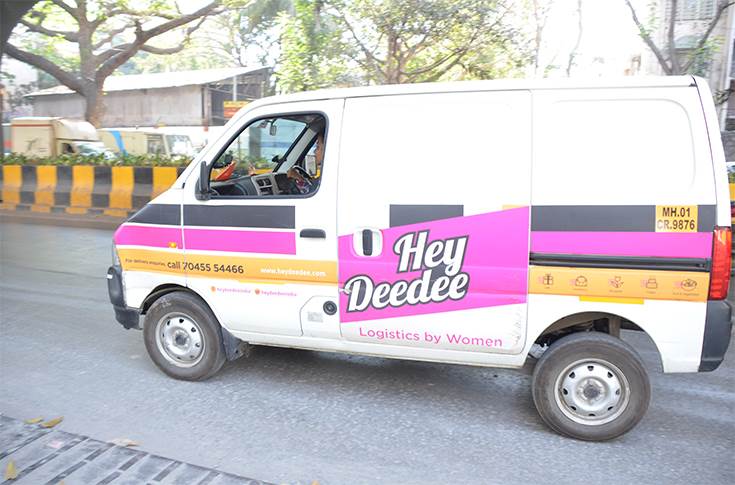 One such last mile delivery service provider is Hey Deedee, India’s only last-mile delivery company that employs only women as delivery agents. It has women riding the two-wheelers, lugging the huge parcel bags and completing the last mile of a parcel. The company recently entered the warehouse-to-hub delivery service with the introduction of the cargo parcel service. It has women driving Maruti Eeco vans, delivering large cargo from the warehouse to the hubs across the city.

Hey Deedee is not just a company run by an entrepreneur for fiscal benefits. It is a social message put out loud and clear – There is no such thing as a Man’s world. If a woman dares to reach the stars, then even the sky is not the limit.

A businesswoman with a heart of gold
A Mumbai-born social entrepreneur, Revathi Roy has been championing the cause of women empowerment since 2007 when she established Asia’s first all-women taxi service, ForShe. In 2016, she established Hey Deedee as a last-mile delivery service company with the vision to financially empower the underprivileged women.

Since then, the company has been garnering huge interest from investors and today some of its clients include Amazon, The Curry Brothers, The Bohri Kitchen, Subway, Herbivore, Shophop, Brijwasi, Pizza Hut, and Ecomm Express. 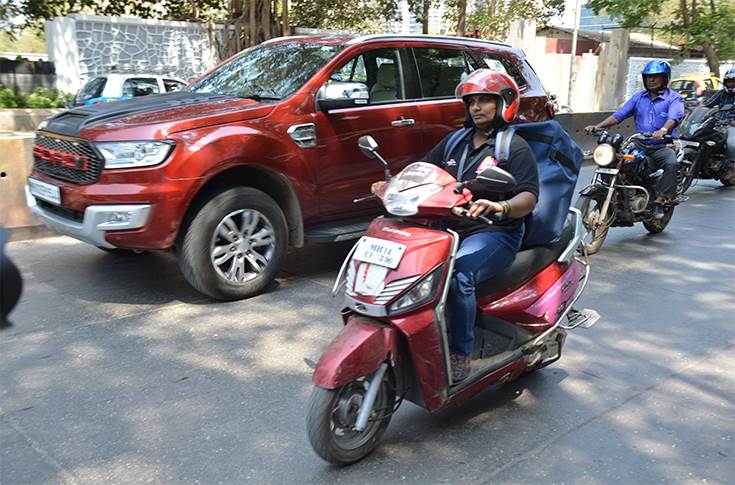 Hey Deedee delivers everything from gifts to grocery, documents, food, and couriers. The platform is generating revenues via per delivery model (with Amazon), management percentage model (with E-comm Express), and fixed income model.

Brand Hey Deedee grabbed headlines world over for its unique initiative but it is the training facility that is the real backbone of its entire success story. Revathi Roy, a passionate driver herself, wanted to empower women by teaching them a skill that would not only make them financially independent but also make them more relevant in the society. After setting up ForShe and Viira, the first all-women taxi service, she decided to tweak her training facility, Zaffiro Learning, for a bigger industry. 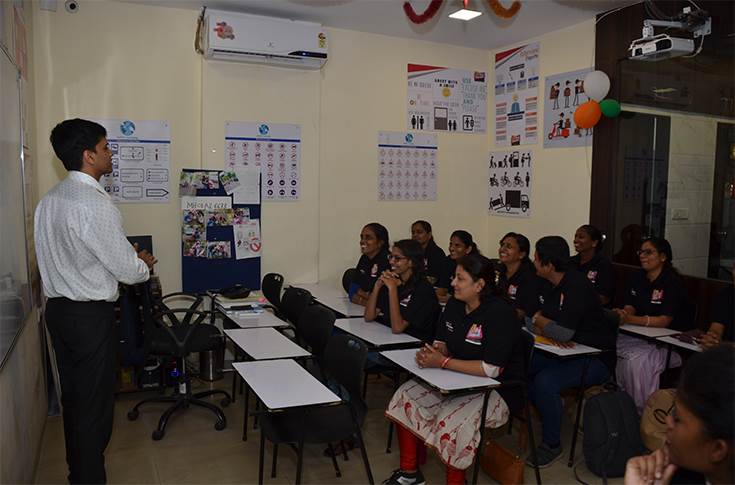 Every Hey Deedee employee has to compulsorily undergo a 45-day training for two-wheelers and a 60-day training for four-wheelers. With an average batch of 20-25 students, students are trained on simulators and later on the road. They are familiarised with all the traffic rules, the soft skills for interacting with customers and even in self-defence. The training sessions are funded by RPG CEAT Swayam foundation. Due to the CSR funding, the course fees for the two-wheelers, including the licensing fees comes to Rs 2,500 while for four-wheelers it is Rs 3,500. Revathi also assists them with zero down payment loans from banks for procuring the vehicles.

Giving wings to dreams
Revathi Roy, the entrepreneur, is aggressive in her strategies and expansion plans. Apart from Mumbai, Pune, Nagpur, Bangalore, Lucknow, Ranchi and Jamshedpur, she wants to take her venture to 15 other cities in the country. She is set to drive the message of Hey Deedee as far and wide as Sri Lanka also. 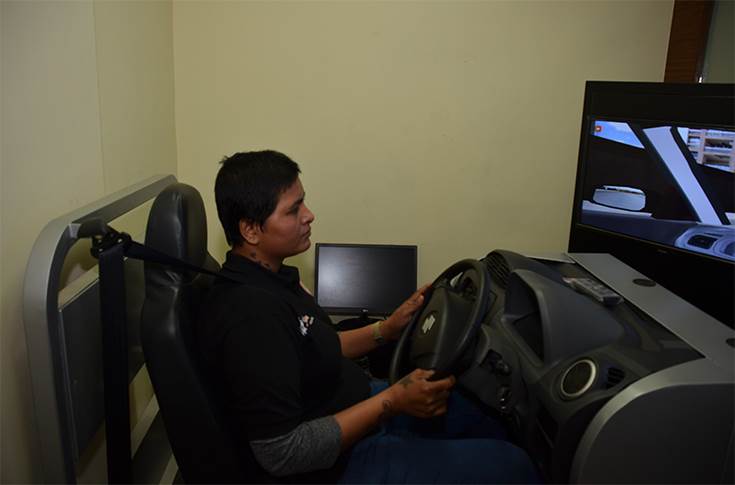 She wants to increase the number of riders and drivers to about 5,000 by end-2019. She is not only looking to increase women’s workforce participation across the country but she also wants to inculcate a sense of entrepreneurship in them. 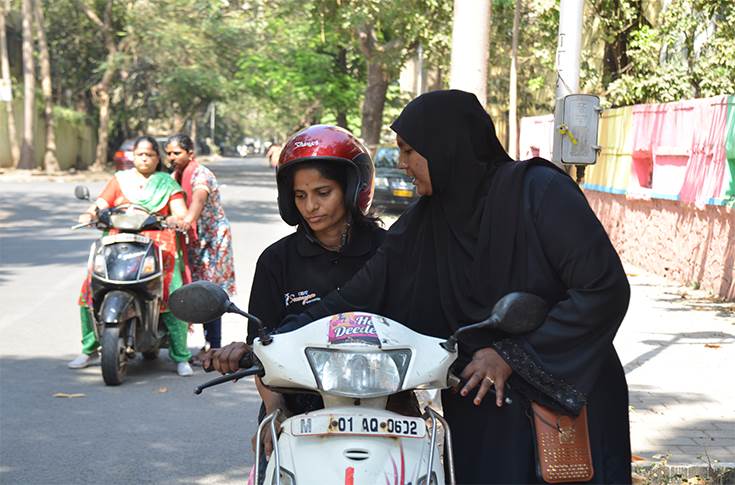 Revathi persists that her staffers not only aim for financial independence but also push the barriers of the society. She encourages them to dream fearlessly. She inspires them with entrepreneurial skills that she inculcated over the years. She even hinted at a possibility of her girls starting their own franchise of Hey Deedee at one of the Tier 2 cities of the country. 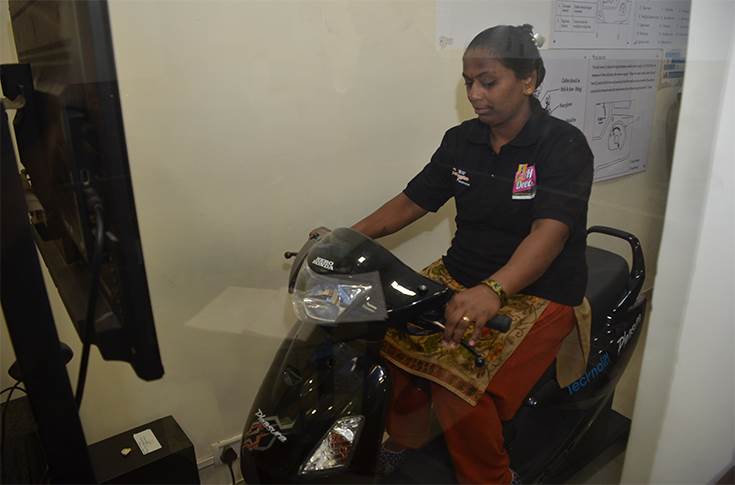 Sailing into new territories
Her personal tragedies aside, Revathi is always motivated by the lesser fortunate ones who approach her with the burning desire to make a mark for themselves in this world. After three years of successful operation and a revenue of Rs 2 crore in 2018, Revathi is raring to take the establishment to the next level. With an aim for Rs 10 crore turnover in 2019, Zaffiro Learning is planning to venture into the B2C segment with the introduction of Hey Deedee foods. 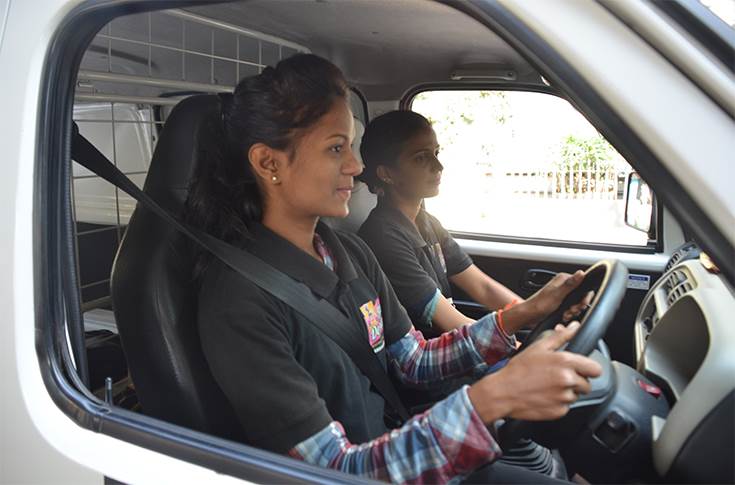 With OEMs like Tata Motors targeting the growing ecommerce sector with the new Tata Ace Delivery Van and Tata Super Ace Mint XPS Insulated Container, Revathi is also looking for a tie-up with OEMs that could provide the company with vans and two-wheeler OEMs who could provide scooters and bikes.

Revathy has undergone many trials and tribulations in her life, which is why she understands the mind of every woman who enters her life. Hey Deedee is not just a business venture for her, it is a platform that allows her to serve the less fortunate women in the world, to help them stand strong and become an inspiration.