Race down memory lane: Tracking the first on Isle of Man

One of the earliest attempts to make motor racing an international sport was the Gordon Bennett Cup. It was created by American newspaper magnate James Gordon Bennett Jr 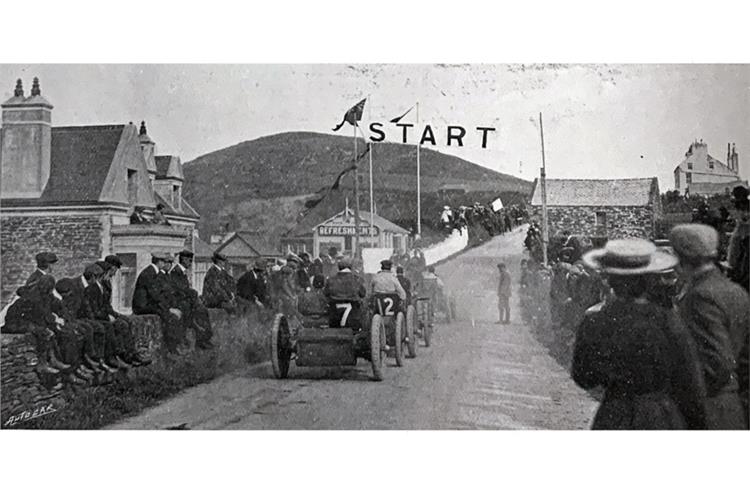 One of the earliest attempts to make motor racing an international sport was the Gordon Bennett Cup. It was created by American newspaper magnate James Gordon Bennett Jr, an unsung hero who also introduced tennis to the US, won the first transatlantic yacht race and founded another cup for hot air balloon racing. He also, incidentally, funded the famous trip to Africa to find the lost Victorian hero David Livingstone.

His racing idea was to progress from point-to-point scrambles organised by national clubs to a moving annual event contested between nations – a motor racing world cup, if you like. It got off to a slow start, with only France, Belgium and the US contesting the 1900 event. The spark did not come until 1903, when the Automobile Club of Great Britain and Ireland (ACGB&I) was one of a few more that decided to enter seriously (and ended up accidentally 'inventing' British Racing Green).

Britain would enter again the next June, with a trio fielded to Homberg, Germany, to face teams representing Austria, Belgium, France and Germany.

Again, elimination trials would be held to decide the team members. In 1903, Selwyn Francis Edge, Charles Jarrott and John William Stocks, all driving Napier cars, had triumphed at the Duke of Portland's private estate in Nottinghamshire. This time, it was decided after much deliberation that it would be held on the Isle of Man, achieved thanks to the passing of a special bill by Tynwald.

Although the little land in the Irish Sea is now infamous for its hair-rising motorcycle extravaganza, the Tourist Trophy (TT), the first bike race it hosted was in 1907 (won with 3.5hp, whereas today it's over 200hp). The 1904 Eliminating Trials, then, were its first experience of racing.

These trials were five laps within the Highroads Course (of which today’s TT circuit is a truncation), three half-mile hillclimbs in Port Vuillen and two one-kilometre sprints on the Douglas waterfront. 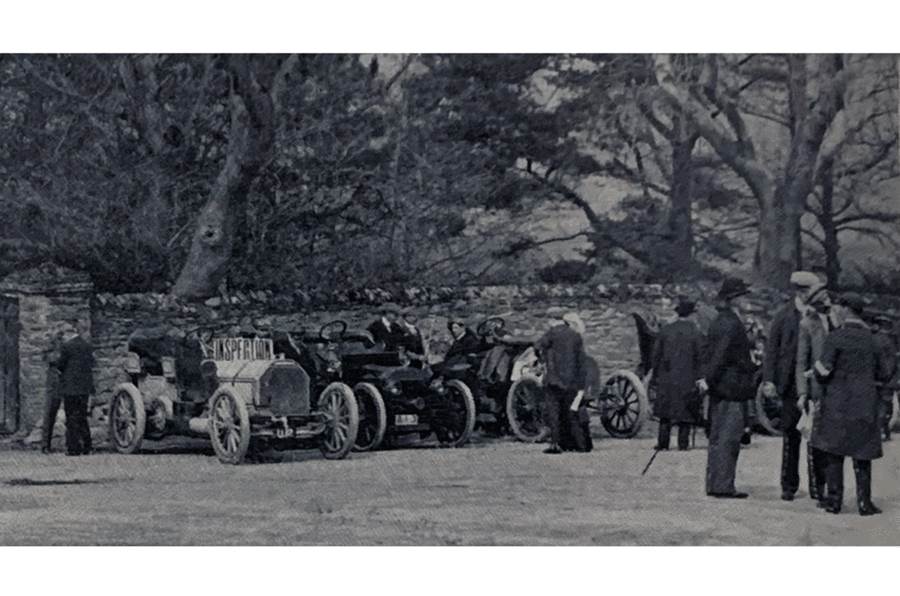 Eleven racers – built by London-based Napier, Wolseley of Birmingham and French firms Darracq and Panhard – would enter the trials, with more than 50 vehicles overall, for competitors and other visitors alike, shipped to Douglas on steamships.

The main trial around the island would be decided against fixed times, rather than run as a race, because no section would allow top speeds to be tested or overtakes to safely occur.

"In no part of the tortuous course provided for the trials was the skill and pluck of the drivers, reliability, staying power and soundness of design in every part of the racing machines more thoroughly tested than outside the Ramsey control," we detailed. "Some few minutes after passing this, an exceedingly sharp bend is encountered, the road practically more than doubling on itself.

"Before reaching this point from Ramsey, there were three bends to negotiate, at all of which the power had to be shut off for periods and dead slow running made to negotiate the bad turns, which commenced the stiff climb up the mountainside.

"Stocks appeared to cut round this bend in a marvellous fashion; locking his steering hard over to the left, the rear part of the car apparently lifted bodily round, as though it were hopping, and in a flash the front wheels were shot straight, clutch let in, and the mechanic appeared to be engaged in doing his utmost to increase the acceleration of the car in the shortest interval. 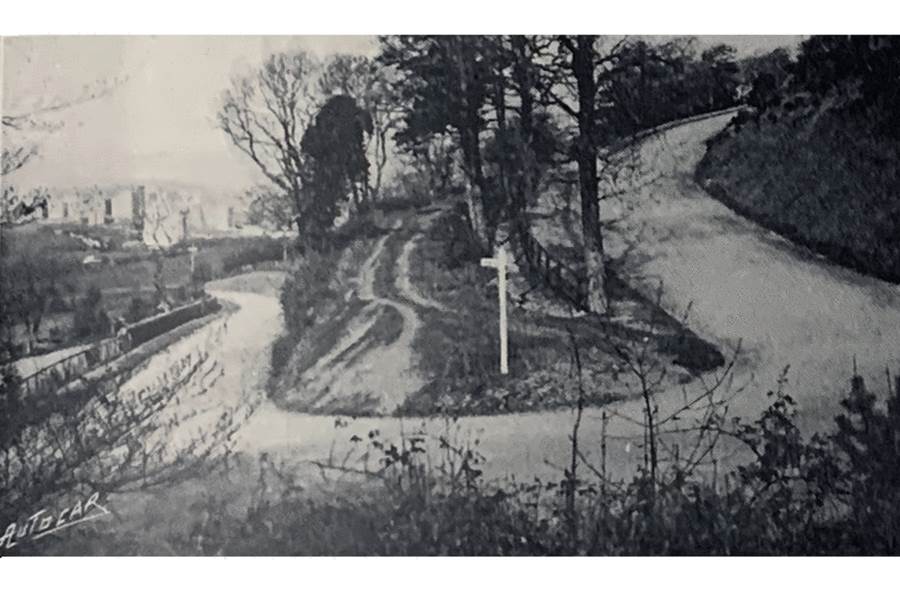 "The climb seemed to be made by a series of leaps such as one witnesses when the clutch is let suddenly in with an engine accelerated and the car at rest. [Mark] Mayhew's car appeared to do this in the greatest degree, and he never appeared to have his motor running with the life and go that characterised the other Napiers.

"The course round the island was arranged so that the driver always steered to the right instead of, as is usual in most racing, the reverse direction. It would appear that more difficulty is experienced in negotiating corners which require bearing to the left, and there is more tendency for a car to skid or upset.

"A particularly noisy hum, like a huge humming-top, always heralded the approach of Edge. The speed he attained on the turn in the last round was well in advance of anything previously done, his negotiation of the top corner being such as to be remembered.

"Girling never appeared to be quite happy at the corner and slowed down rather more than any of the other competitors. It therefore speaks well for the picking-up powers of his engine.

"Earp was apparently out on a pleasure excursion, as he appeared to be all smiles, and paid as much attention to the spectators as to his car and the road. Albeit his driving was perfection and most confident. [John] Hargreaves might have been astride a thoroughbred by his style, and only seemed to require a whip to complete the illusion. [Sidney] Girling and Jarrott drove well, but Jarrott looked tired and seemed more anxious than usual."

On Wednesday came the hillclimb, "which was arranged to take place over a measured half-mile on the Port Lewaigue-Maghold Road, up an average gradient of one in sixteen. A very large number of spectators journeyed out from Douglas by the electric trams and automobiles to the scene of the contest, so that the course of the climb was lined with interested spectators from foot to summit. Each car made three runs." 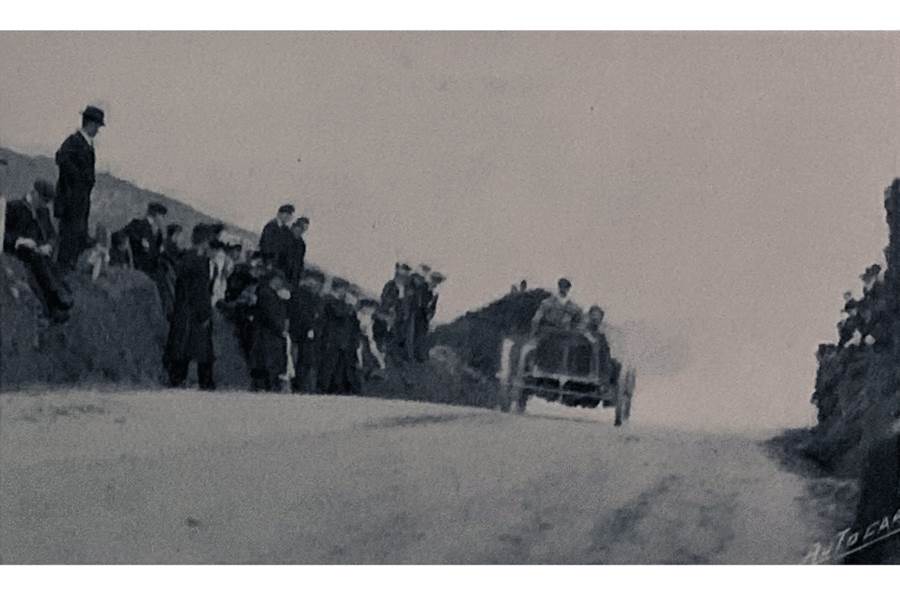 Edge went quickest on every occasion, averaging 47.7mph. Joining him on the metaphorical podium were Earp, with 41.22mph, and Girling on 41.09mph.

Speeches given after at a dinner hosted by the Lieutenant-Governor, Autocar summarised, "made it clear that not only the light and leading of Manxland, but Manxmen throught the island, were delighted at having their island roads chosen as the scene of the trials, and the prospect of their roads to motor racing again at intervals".

The next day "turned out as fine as the two which preceded it, but, unhappily, was marred by an accident which was keenly regretted on all hands." Again, the course was lined with spectators.

The two sprints worked out with Edge, Earp and Girling as the top three once again, averaging 57.32mph, 52.97mph and 50mph.

As for that incident: "It should be noticed that no accidents were the result of the actual races, which were all to the credit of the organisers and to the participants in the contests. The accident to the Napier car and the Earp brothers was no doubt primarily due to friendly rivalry." We asked a spectator who'd seen the whole thing to describe.

"It was a mistake to allow the racers after the speed trial heats to return to the starting post all together," the man said. "It could be seen on the return from the first heat that the speed was higher than wise, but on the second return four machines were running very fast all in a cluster and the wonder was that no collision took place between them.

"The roadway was cut up by two sets of tramlines, which were awkward to steer over, so that the least skidding or miscalculation was bound to bring disaster. What really happened to Earp's car is not clear, but he was travelling very fast when about 300 yards away from the barricade across the road behind the starting point and did not appear to appreciate the fact that he was so near.

"The brakes were applied hard, the left-hand rear wheel appeared to be locked and skidding over the road surface, whilst the right-hand wheel alternately locked and revolved. After 70 yards of running in this fashion, the swerve on the car brought it violently to the right-hand pavement, which it mounted and plunged into the wall. Thence it rebounded and moved on about 20 yards, when again it came to rest nose down in the gutter. At the same time, the driver and mechanic were thrown out another 10 yards further on." 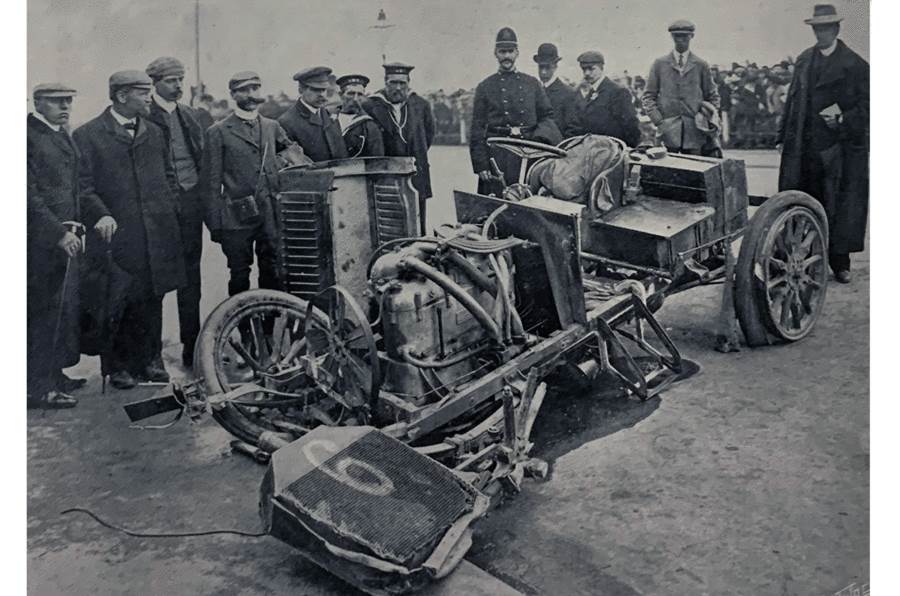 The Napier's wood frame was broken between the front springs, but at least the engine, gearbox and rear axle were fine. Nevertheless, this act of hubris prevented the Surrey man from making Team GB – much to the annoyance of Autocar's readers.

"The public have a right to demand that they should be represented by their best vehicle, and can see no reason why in a moment of panic Mr Earp should be debarred from the lawful position to which he is entitled, his only fault being the application of his brakes too fiercely to avoid striking the barrier which was drawn across the road too near the course," scorned one F. Kennard.

“What is the good of holding tests and doing the best performance in that test if, like Mr Earp, one is set aside after one has beaten all other competitors?” added D. M. Weigel. “The French club simply says: 'The first three finishers in the eliminating test will represent France.”

“I have just read that Mr Earp is actually out of the hospital,” fumed Henry L. Clark. “Imagine if England was running the best horse to compete in an international race and because the best proved horse and jockey fell after the trials were over that the selecting committee entered a slower animal!" He wasn't best pleased that a Darracq should bear the Union Jack, either.

Indeed, those who went to represent Britain were Edge in a Napier and Girling and Jarrott in Wolseleys. Alas and alack, none did too well, with Edge retiring and the other two ranking 9th and 11th out of 11 finishers.

The Gordon Bennett Cup was that year brought victoriously back to Paris in the hands of Léon Théry, driving a Richard-Brasier, by 11 seconds over 'The Red Devil' Camille Jenatzy (Mercedes) and 57 seconds over Henri Rougier (Turcat-Méry).