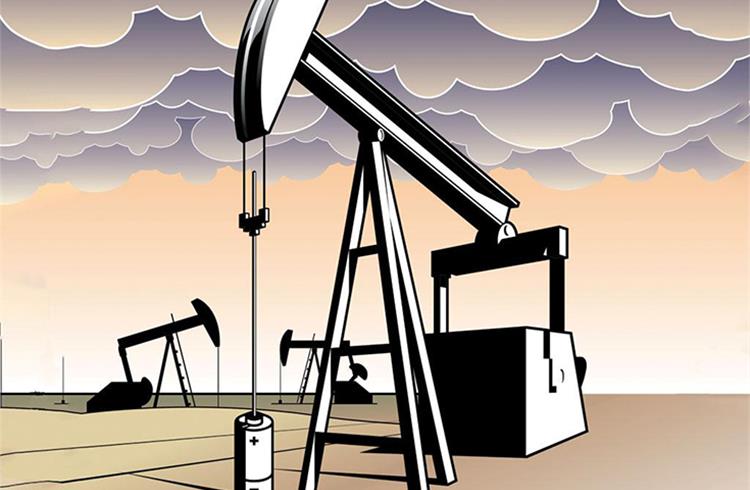 The signals are clear. The first meeting of the heads of the four-nation Quad alliance, held virtually on March 12, 2021 pointed at the shifting sands of geopolitics. Global competition, cooperation and conflicts are no longer about missile stockpiles, nuclear arms and oil well acquisition.

The leaders of India, Australia, Japan and the United States spent considerable time talking about “cooperation on the critical technologies of the future” to ensure that innovation is consistent with a free, open, inclusive and resilient Indo-Pacific.

On the face of it, the summit was a show by “techno-democracies” to counter the dominance of “technoautocrats”, particularly China, in supplying materials crucial to almost every technology, from smartphones to electric vehicles (EVs) to missiles.

Experts on international relations, however, say the sudden transformation of Quad from a fringe idea born in 2004 to a centrepiece in the countries’ Indo-Pacific strategy signals a desperation to maintain supply of these materials.

The world is already experiencing the Fourth Industrial Revolution, an age of advanced technology based on information and communication, where artificial intelligence, self-driving cars and the internet of things are not just sweeping across businesses and societies but also evolving rapidly.

The novel coronavirus disease (Covid-19) pandemic, which has created an urgent need for both remote work and healthcare, has accelerated deployment of these advanced applications along with 5G — the fifth generation of mobile communication — earlier than anticipated.

Sixty-five percent of the world’s gross domestic prouduct (GDP) is set to be digitalised by 2022, with global spending on digital transformation reaching a staggering $6.8 trillion between 2020 and 2023, says a December 2020 forecast by International Data Corporation, a market research company based in Massachusetts, US.

Need to decarbonise quickly
At the same time, the worsening climate crisis dictates that the global economy must quickly decarbonise. Global carbon dioxide emissions (CO2) need to drop to net zero by 2050 to limit the temperature rise to 1.5 degrees Celsius (°C) above pre-industrial levels, says the Intergovernmental Panel on Climate Change’s (IPCC’s) Special Report on Global Warming of 1.5degC, released in 2018.

Since fossil fuels account for 80 percent of global energy consumption and 75 percent of greenhouse gas emissions, according to IPCC, countries are transitioning to cleaner energy systems like renewables and promoting energy efficiency.

According to the United Nations’s statement in November 2020, close to 115 countries have already pledged carbon neutrality by 2050. This means 50 percent of the world’s GDP and half of global CO2 emissions are now covered by a net-zero commitment.

The International Energy Agency in its Global EV Outlook 2020 states 17 countries have announced 100 percent zero-emission vehicle targets to phase out internal combustion engine vehicles by 2050. Even the US, which sources 80 percent of its energy from oil, coal and natural gas, is eager to pursue 100 per cent electrification under President Joe Biden and invest in the electro-economy.

While these announcements send unmistakable market signals to investors ready to fund a faster global transition to renewables, there is mounting pressure from intergovernmental bodies to ensure that economies, as they recover from the Covid-19 pandemic, follow green recovery plans. The UN Environment Programme in its Emissions Gap Report 2020 advocates measures, including direct support to zero-emission technologies, to keep the world on a 2deg C pathway. 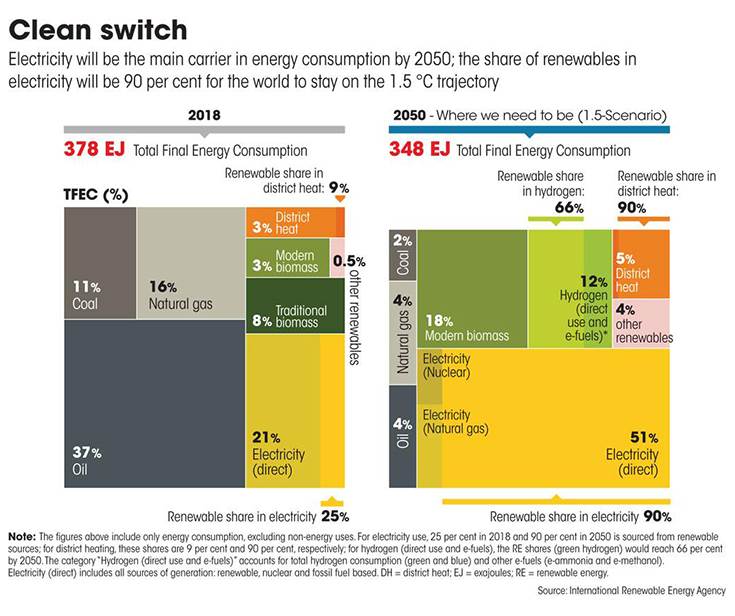 Renewables: fastest growing energy source
The growing pressure to decarbonise the transport sector in particular is so huge — the sector burns most of the world’s petroleum — that it has upended the oil industry. In its Energy Outlook 2020, UK oil major BP says that the demand for oil may have already peaked (after over 150 years of almost uninterrupted growth) and now faces an unprecedented decades-long decline.

The demand for oil may never recover from the impact of the pandemic and may begin to fall in absolute terms for the first time in modern history. This will be replaced by clean electricity, with renewables emerging as the fastest growing energy source on record, notes the report.

In a world where countries work towards limiting global temperature rise to 1.5°C, oil and coal production will need to decline by 85 per cent and 100 per cent respectively by 2050, while it is expected that natural gas consumption will peak around 2025 and decline thereafter, projects the International Renewable Energy Agency (IRENA), an intergovern mental body, in its World Energy Transition Outlook released this March.

These fossil fuels will be replaced by clean electricity and by 2050, electricity would be the main energy carrier, with over 50 percent (direct) share of total final energy use — up from 21 percent currently, it states.

Almost 90 percent of the total electricity needs would be supplied by renewables, followed by six per cent from natural gas and the rest from nuclear. Transport would see the most accelerated electrification in the coming decades, with the share of EVs reaching 49 percent by 2050, up from just one percent currently.

Investors and financial markets are anticipating this transition and moving capital from fossil fuels to energy sources like renewables.

In 2020, the stocks of S&P Global Clean Energy Index, which lists 30 companies from around the world that are involved in clean energy-related businesses, were up by 138 percent as compared to the fossil fuel-heavy S&P Energy Index which was down by 37 percent.

In August 2020, the valuation of the global e-vehicle giant Tesla reached $380 billion and became more than the next 10 automakers combined; its valuation is now more than ExxonMobil, Shell and BP combined — the three big oil giants of the last century.

Such massive momentum for energy transition will, along with the need to attain technology supremacy, increase countries’ dependence on materials necessary for the technological marvels of tomorrow.

The direction of global trade is already shifting from oil-bearing regions to mineral-bearing regions. The scramble to control the trade cycle by companies, countries and alliances like Quad will only intensify as the demand rises and countries become more committed to the 1.5°C pathway.

This article was first published in the 1-15 April, 2021 print edition of Down To Earth. Images and test, courtesy ICCT.