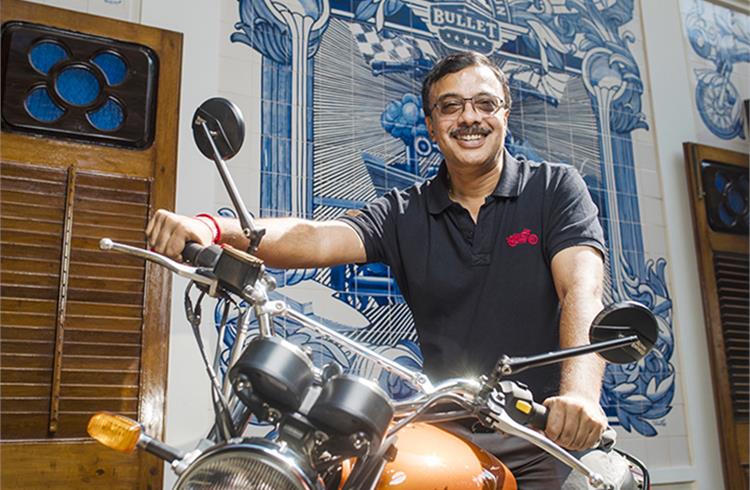 When Vinod Dasari announced his decision to quit as Managing Director of Ashok Leyland in November 2018, industry observers were reasonably certain that his next move would be with another prominent commercial vehicle brand.

To everyone’s surprise, though, he opted to join Royal Enfield as CEO in April 2019, effectively transiting from a B2B to a B2C arena. There was a lot of excitement within the company given Dasari’s incredible record at Leyland and the new CEO was also raring to go.

Yet, just a little after two years, he chose to call it a day in August this year leaving a whole lot of people gobsmacked. Dasari clearly wanted to take a break and focus on his new innings as an entrepreneur where his skills would now be used in the medicare business.

The decision did not reflect too well on Royal Enfield’s own track record with CEOs. Since the time RL Ravichandran retired after playing a critical role in the turnaround, his successors, Venki Padmanabhan and the late Rudratej Singh stayed on for relatively brief stints even though a lot was expected of them when they took charge.

For a high-profile CEO like Dasari to resign in barely two years of taking charge clearly indicated that not all was well even though nothing of the kind was suggested in the press statement that followed. According to industry watchers, Royal Enfield has lost other key people over the last year at a time when it needs to quickly grow its business with competition looming large.

Dasari did his bit to change the way the company was retailing motorcycles and brought in some interesting digital initiatives to improve customer experience. His people management skills were well known during his 14-year stint at Ashok Leyland and he brought these to the fore at Royal Enfield too especially during the lockdowns of 2019 when employees had to get used to the new idea of working from home.

This was the time Dasari kicked off an initiative called ‘Red Talks’ to keep people constantly engaged during the lockdown. Clearly inspired by the Ted Talks concept, Red (Royal Enfield Discussion) Talks likewise seeks to motivate the company’s staff through video speeches.

Dasari was keen that those with expertise in any domain were welcome to participate in the series. He led the way in the first Red Talk on leadership where employees participated in the Q&A session. The other sessions would focus on the history of Royal Enfield so that new recruits learnt more about their company. “Essentially, this will help folks within the system understand more about Royal Enfield from their colleagues,” Dasari has told this writer.

Beyond work, he was enthusiastic about other things like learning to make a proper aloo paratha for instance since “I always mess that up”. So somebody who had better culinary skills in this area was welcome to deliver a Red Talk on this subject too.

The idea, said Dasari, was not to trivialise issues but to deliberately go beyond professional and technical subjects in order to keep everyone involved, especially when they were all cooped up at home. The inspiration came from an article in the Harvard Business Review that spoke of keeping people motivated during a downturn.

One of the tools suggested was ‘play and purpose’ which was essentially about giving employees cross-functional team projects to work on. “This means problem solving and interaction but also working on their potential as a prime focus,” said Dasari.

He was only too aware that people would get bored stiff sitting at home and urged them to prepare a list of things that they did during the lockdown which they would not have done otherwise. Dasari also reminded them to catch up on the things “that you regret not doing during this lockdown which you could have”. Maybe he took the cue from this to explore new frontiers.