Hyundai Motor India’s MD has been relentless with a product blitz while conveying a strong statement on technology. Critics may argue that group company Kia is grabbing the spotlight but Hyundai under Kim is surging on. The focus on diesel is also paying off. 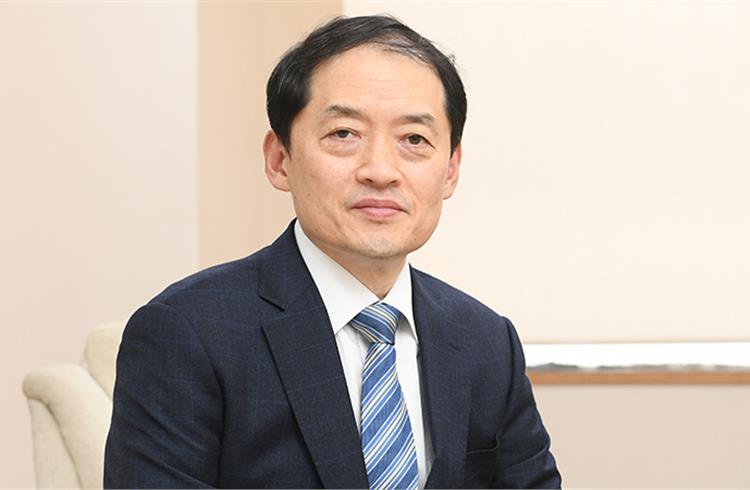 Hyundai Motor India’s MD has been relentless with a product blitz while conveying a strong statement on technology. Critics may argue that group company Kia is grabbing the spotlight but Hyundai under Kim is surging on. The focus on diesel is also paying off.

A keen strategist, the soft-spoken SS Kim clearly belongs more to the group of doers rather than speakers. The Managing Director of Hyundai Motor India has ensured that the company has continued to step on the gas during this difficult year when Covid-19 took the wind out of the auto industry’s sails.

Just check out Hyundai’s October sales which were up 13 percent year-on-year to register its best-ever performance in the past two decades. It also became the first carmaker to export three million cars from India to nearly 90 countries. Not just that, the Hyundai Creta crossed the 200,000 units cumulative exports mark and the new i20 received 30,000 bookings in just 40 days and completed 10,000 deliveries.

Clearly, these numbers convey a strong message about Kim’s forward thinking and strategic product planning. It is perhaps pertinent in this context to recall an interview he had given to this publication in September last year. “In the recession period . . . in a downturn period, the best way for the OEM to change the customer mindset will be to take care of their mind/sentiment. They are worried about the future and income. We have very limited functions to improve that situation. As an OEM, our responsibility is to introduce technology driven vehicles, such as turbo and DCT powertrain.”

Prescient words even though it would be a good six months after they were said when Covid would spread its lethal tentacles across the subcontinent. Hyundai also went through the upheavals of a lockdown and coping with the supply chain disruption that followed. Yet, Kim’s insight into customer sensibilities has clearly helped the company to move ahead of the curve even in these difficult times.

Citing a specific example of the all-new i20, he said it was a result of “our endeavour towards empowering Indian customers with products that not only exceeds their expectation but redefines their imagination.” It is this thought process that epitomises the company’s vision to be a differentiator, a trait that was evident during the time it debuted with the Santro and has since emerged market leader Maruti Suzuki’s strongest rival.

Betting on diesel
Hyundai’s diesel strategy is yet another example of Kim’s foresight in giving it the edge and going all out to increase its numbers, more so when group company, Kia, is firing on all cylinders. Even as some OEMs have bowed out of the diesel space, with Maruti Suzuki in particular being the high ticket exit, Hyundai only reaffirmed its intent to focus on this fuel. The strategy is paying off even while the market is tilting towards petrol.

Where Hyundai will have reasons to be pleased is that it has walked the talk in diesel and will spare no effort to ensure that Maruti’s exit will be its trump card. “Our diesel strategy in this market is based on the understanding that there are a lot of diesel enthusiast customers in this market,” Kim said last year during a earnings meeting.

Beyond diesel, electric mobility is also a subject close to Kim’s heart and he is clearly looking at opportunities in the future. For now, e-mobility is taking off in fits and starts in India but Kim wants his company to be future- ready. Localisation of electric components will clearly be top priority and once battery prices begin falling, the shift to electric may happen quickly. This is the time Kim would like Hyundai to go out all guns blazing.

The interesting aspect about Hyundai is the obvious Kia factor. For decades, it was the sole Korean face in India especially after the exit of Daewoo two decades earlier. Kia is a group company but the two remain piece rivals even while there is collaboration at the backend. The combined force will see a Korean product assault unleashed in India during the course of this decade.  They already have sewn up 37 percent of India's utility vehicle market.