Ford's CEO has his work cut out as the company faces huge challenges ahead. He has helped drive alliances with VW and Mahindra. Can Farley’s restructuring and collaboration overdrive jump-start growth for the OEM? 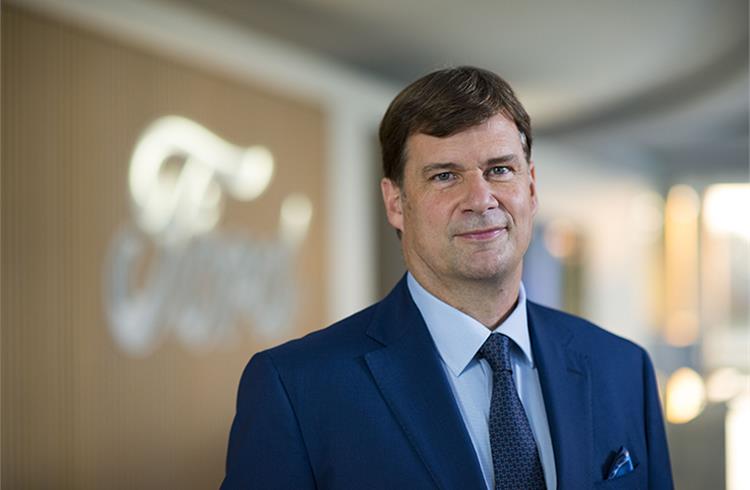 Ford's CEO has his work cut out as the company faces huge challenges ahead. He has helped drive alliances with VW and Mahindra. Can Farley’s restructuring and collaboration overdrive jump-start growth for the OEM?

His grandfather was an hourly worker at Ford Motor Company in 1916, employee number 389 and for him his job at the world’s fifth largest automaker is almost like paying forward.

Yes, this is about the newly appointed Ford CEO, Jim Farley. A vintage car racer who worked for 17 years at Toyota before joining Ford in 2007, he is busy charting a game plan that offers the American automobile behemoth executional excellence that balances profitability and customer satisfaction.

Leading a team of more than 200,000 people and nicknamed ‘Jimmy CarCar’ given his love for cars, it is interesting to get a peek into how he plans to rev up Ford’s future. During a town hall with the Ford global team, soon after he took over, Farley outlined the key goals that he is focusing on to bring about a turnaround of the company.

“Now it’s time to charge through that door. We are going to compete like a challenger — allocate capital to higher growth and return opportunities to create value — and earn customers for life through great products and a rewarding ownership experience.” Farley has also undertaken key shakeups in the top rung management for fully integrating the changes across the group.

Under his stewardship, Ford plans a multi-pronged approach to adapt to the new normal as well as keep the growth momentum going. This has brought about certain alterations in their operating model:
- Enhancing product and customer group in three key regional units — The Americas and International Markets, Europe and China
- Accelerating innovation in new businesses
- Harnessing expertise in industrial platforms
- Unleashing technology and software in ways that set Ford apart from competitors
- Embracing and increasing the diversity

The India connect
Farley played a key role in the Mahindra-Ford joint venture and was present at the Mumbai press meet in October 2019. At that point in time, he was President of Ford New Businesses and participated in a roundtable discussion with journalists along with Dr Pawan Goenka, Managing Director of Mahindra & Mahindra.

It was quite evident during the conference that Ford was betting big on this joint venture and the fact that the partners had first teamed up nearly two decades earlier, before deciding to go their own ways, meant that familiarity was not an issue. They were now back together again and quite confident that things would work.

Dr Goenka later told analysts during an earnings call, “The only gap that we have in the platform is a 4.4-metre kind of vehicle, and that will come from a joint product development that we are doing with Ford. This is a Ford platform called VX-772, which will take care of that need for Mahindra also.”

While the JV with M&M is clearly an important growth lever for Ford, Farley will further work to enhance the alliance with Volkswagen on commercial vehicles. This will include a city van created and built by Volkswagen Commercial Vehicles and later 1-ton cargo van engineered by Ford, plus Volkswagen medium pickup built on Ford Ranger platform – from 2022. The American carmaker will also build a new electric vehicle for Europe based on Volkswagen’s Modular Electric Drive toolkit beginning in 2023.

Ford shares slid over 40 percent under Hackett and are still down more than 25 percent for the year. The question is, can this restructuring and collaboration overdrive bring the company back in Wall Street’s good books and most importantly, jump-start growth?

It is something that Farley will be aware of as he takes charge to navigate Ford’s future in a world that has been decimated by Covid-19. After Alan Mulally’s dream run at Ford, his successors have not quite made a similar impact and, in fact, made rather abrupt exits. Farley will be hoping to buck the trend . . . this is where alliances with Volkswagen and M&M along with key markets like China and India will play a role.

This feature was done before Ford and Mahindra called off their planned JV on December 31, 2020. This was first published in Autocar professional's 16th Anniversary issue on December 15, 2020.