Carlos Ghosn's book is out detailing the ordeal in Japan. He was recently given support by the UN Human Rights Commission. 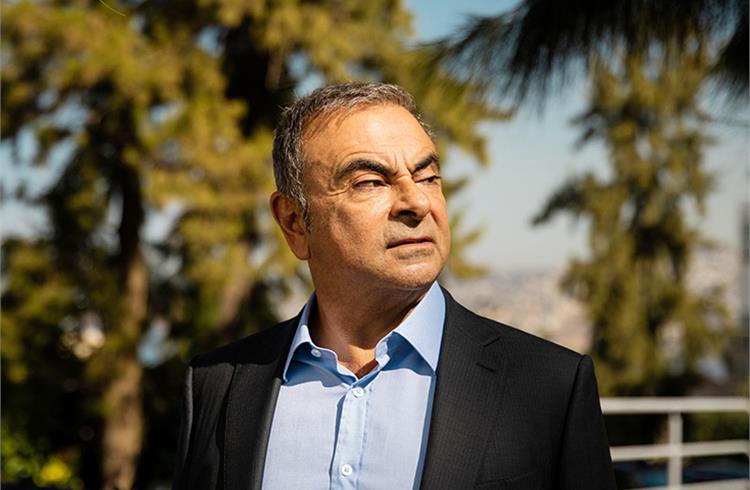 The other Carlos may have lost a lot of the lustre but continues to stay in the news. Carlos Ghosn's book is out detailing the ordeal in Japan. He was recently given support  by the UN Human Rights Commission.

Alfred Hitchcock once said, “What is drama but life with the dull bits cut out.” In short, that is perhaps how one can sum up Carlos Ghosn’s journey thus far. From his charismatic and transformational leadership style to the famous escape from Japan — that was no less than a Hitchcock thriller almost on the lines of North by Northwest — there is high drama around him.

But the question is will history remember him more for his sheer automotive prowess or his much-debated and talked-about arrest and subsequent escape saga.  For now, Ghosn continues to be in the news in a year that will be better remembered for the havoc wrought by Covid-19. Clearly, the image has taken a beating from the once-powerful titan of the automobile industry to the present profile of the fugitive who is safely ensconced in his native Lebanon.

Yet, the drama does not seem to have deterred Ghosn’s enthusiasm a bit. His book is out and details the harrowing days in jail and the audacious escape that literally had everyone gobsmacked. Since the time he was arrested in Tokyo two years ago, he has gone through the kind of upheavals that could have broken another man’s back.

The trying period of undergoing a long and tedious cycle of investigation, trial, bail, interrogation, re-arrest followed by another release had all the ingredients of drama and suspense. Just when the world thought it was all over for Ghosn, the former Chairman of Renault-Nissan gave his captors the slip and left Japan redfaced.

Early this year, he resurfaced in Beirut where he had sought refuge and dwelt upon his ordeal in a press conference. To a whole lot of journalists, it was surreal to see Ghosn after such a long break. He was relentless in his criticism of Nissan and reiterated that he did not see too much of a future in the alliance with Renault.
Details came tumbling out on why he saw himself as the fall guy who had to take the rap for the proposed merger of the two entities. It was obvious that Nissan was opposed to the idea and Ghosn believed that a carefully conducted conspiracy was hatched to ensure that he was trapped and put away for good.

Other delicious details emerged at the meet. Ghosn made known that he was working on a merger plan with Fiat Chrysler Automobiles (FCA) which was stalled after he was arrested. The Italian automaker still reached out to Renault but the latter’s constant dithering hardly helped anyone’s cause. Groupe PSA wasted little time and is now rapidly wrapping up the last lap of the merger with FCA.
The good news for Ghosn is that Lebanon does not have an extradition treaty with Japan. His book, released last month, could swing sentiments in his favour but the overwhelming truth is that the sheen of his charisma has faded and it is now impossible to talk about Ghosn without the charges and the controversy he courted.

Can all this still overshadow the sheer genius of this maverick leader? Eventually, it was he who spearheaded the acquisition of Nissan by Renault over two decades ago. In fact, he became such an icon in Japan that he featured in the country’s famous Manga comics!

While his unconventional approach was in sharp contrast to the Japanese way of doing business, it surely brought the company ‘in the black’ again. Nissan, under his stewardship, became profitable in a year and also undertook extensive expansion into new markets. He became the Japanese company’s CEO in 2001 and also became a ‘hero’ of sorts with ‘Shift: Inside Nissan's Historic Revival’ as he recounts in his bestselling book on the topic.

There is no question that the Carlos Ghosn of today is nowhere near the haloed status which he occupied before his arrest in November 2018. Despite that, he will be quite satisfied with the fact that the UN Human Rights Commission has stated that he was unfairly treated in Japan.

Ghosn has always been a fighter and will continue to proclaim his innocence. The new book is the first of many such initiatives to tell his side of the story. A movie will follow in all likelihood. Pity that Alfred Hitchcock is not around to dramatise it on the big screen but there will be others who will be more than willing to tell Carlos Ghosn’s story.