The Gurugram-based startup hopes to reach a $1 billion in revenues by 2026 and plans to set up more multi-modal chargers all over the country to cater to a variety of three-and four-wheeler fleet operators. 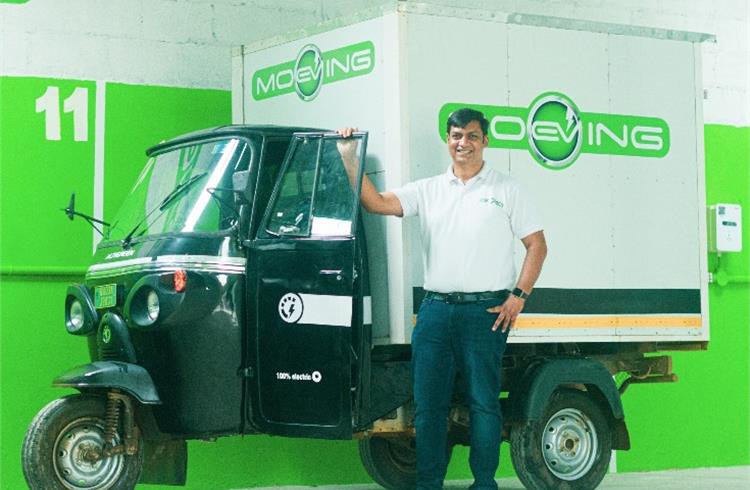 The company’s Founder and CEO, Vikash Mishra (pictured above) in an interaction with Autocar Professional said, “For one lakh vehicle operations, we will need about 500 charging stations over the next 3-5 years to run a fleet of 100,000.”

Mishra said a typical investment for a charging station like the one inaugurated in the city is about $ 200,000 and “If we are to build 500 stations like this, we need to invest about $100 million,” the CEO added.

Cargo fleets
Catering to cargo fleets makes sense for the company as such fleets are among the vehicle segments that are expected to transition to electric. At the end of the day, operating costs are a key aspect of managing the profitability of fleets. In its March sales update, the Society of Indian Automobile Manufacturers said that electric three-wheelers’ market share was 8.1 percent in FY22 as against 3 percent in the previous fiscal.

The company was recently in the news when it signed an MoU with Tata Motors which launched its electric Ace. Tata Motors said it will be supplying e Ace vehicles to at least 8 other fleet operators which will total 39,000 units.

Gurugram-based MoEVing is a full-stack electric mobility platform which has its footprint in 14 cities across 9 states now. The company recently entered tier 2 cities in Punjab, Uttar Pradesh, Rajasthan Gujarat and Tamil Nadu. As a tagline in the company’s website puts it : Disrupting Mobility by Offering the WHOLE EV ecosystem

The company has deployed 1000+ electric two and three wheelers across the 9 states. It was already present in Delhi NCR (Gurgaon, New Delhi, Noida, Faridabad), Pune, Mumbai, Chandigarh, Bengaluru, Chennai, Hyderabad and Kolkata. According to Mishra, the company is doubling its revenue every 3-4 months and expects to become a $1 billion revenue company by 2026.

As the company expands into tier cities, Mishra says these cities will play a key role in the transition to electric mobility. “This decade’s biggest mobility-energy disruption is going to be led by commercial vehicle electrification, and this is where last mile intra-city delivery vehicles will be important in the transition. Along with increasing corporate commitments, state governments like Delhi and Mumbai, are mandating switching commercial fleets to electric has been an important driver for EV growth in India,” he averred.

Wider footprint
According to Mishra, “MoEVing is bringing about the electrification of fleets to tier-II cities which have not been thought of by corporations themselves, and this will help accelerate EV adoption further. Explaining the current customer profile, he said MoEVing has over 20 customers across top e-commerce, e-grocery, FMCG, logistics and D2C companies who are committed to accelerated electrification not just in tier-I cities but also beyond. As he says, “Expansion into any new city is only possible with the right charging infrastructure in place as well as service and maintenance ecosystem by OEMs.” 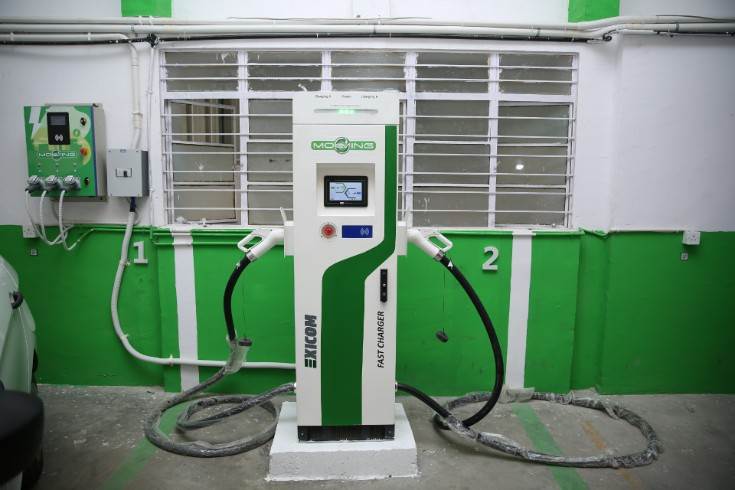 For now, MoEVing is currently looking to expand to all tier- I metro cities like Delhi NCR Bangalore, Hyderabad, Chennai, Pune and Mumbai in the first phase. In phase-2, the company’s plans include expanding to tier-II cities like Ahmedabad, Lucknow, Jaipur, and Kochi. Eastern India is also on MoEVing’s radar including cities like Patna, Ranchi, Guwahati etc. For the record,

Connecting last mile
The company owns a large number of EV fleets and has plans to deploy 100,000 vehicles in the next 3-5 years and an immediate target is to expand to 10,000 vehicles by 2023. Recently, the company expanded the network of fleets to tier 2 cities like Chandigarh, Ludhiana, Lucknow, Jaipur, Ahmedabad, and Coimbatore. MoEVing also plans to expand its operations to four more cities in coming months including Surat (Gujarat), Meerut and Agra (UP), and Jalandhar (Punjab).

Data as a moat
MoEVing is also building a driver-centric platform that provides full-stack technology solutions including delivery, charging, financing and analytics solutions. This is to ensure that for potential customers, EV adoption becomes a seamless process.  “Data being at the centre of MoEVing’s strategy, the vehicles are connected to its technology platform on a real time basis through telematics devices which is enabling us to gather intelligence around battery behavior, vehicle and driver behaviour and this leads to additional revenue streams, Mishra said. “Our platform is curated in a manner which allows low customer acquisition cost (CAC), low customer churn, asset light, scalable international application with data as a moat in the business,” he said.

Explaining the advantages of multi modal charging space, Mishra said his company believes that multiple vehicles require different charging solutions, and for different clients use cases, different solutions are required.  “We need to offer a solution that will match all use cases for e-commerce companies and FMCG companies. That is why it is necessary to have it all under one roof. We can cater to multiple use cases and form factors as well as any technology in this manner,” he added.

MoEVing has 10+ partners including Piaggio, Alti-green, Omega Seiki, Euler and more among OEMs. Mishra said the company intends to partner with Jio BP, Exponent, Log9,  Ashok Leyland, Evage in the coming months. In the infrastructure side, MoEVing will also be partnering with players like Magenta, EVRE and Numocity.

Overall, MoEVing’s strategy as it expands its charging stations across the country is to “collaborate with renewable energy companies who are interested in venturing into charging infrastructure”.

As Mishra says, “We would like to partner with charging infrastructure players who have expertise in building large scale infrastructure and with energy companies, oil and gas companies which are venturing in charging space at multiple levels,” he signs off.

The feature was published in Autocar Professional's  May 15, 2022 issue.