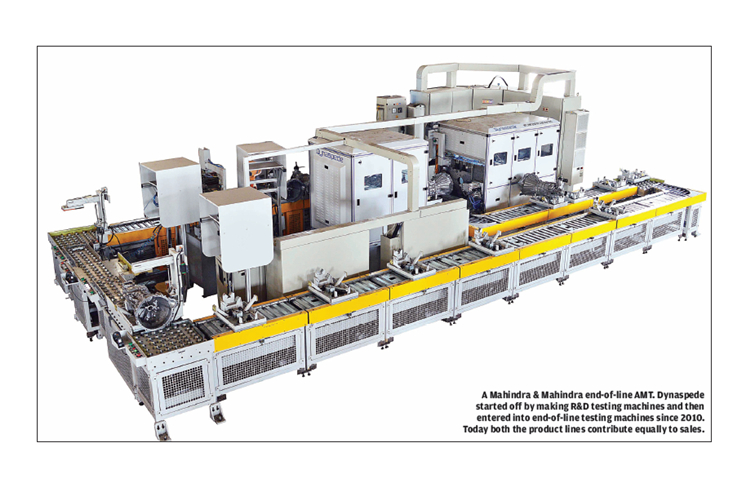 The Hosur-based Dynaspede, which specialises in the design and manufacture of electro-mechanical components and sub-systems for mechatronics, is benefiting from the growing demand from Indian OEMs and suppliers for testing equipment.

Being one of the world’s fastest growing automotive markets, India has a vibrant component supplier base which has been growing exponentially. Suppliers are eyeing not just local but also global markets. As part of this ambition, companies are investing in equipping themselves with higher technical capabilities.

There are some local suppliers, who without relying on foreign tie-ups, have developed the expertise to make highly technical products in India, thereby creating import substitutes, achieving competitive pricing, and thriving on local support. One such supplier is the Hosur-based Dynaspede Integrated Systems which specialises in the design and manufacture of electro- mechanical components and sub-systems.

Founded three decades ago and backed by its knowledge and experience, the company ventured into making highly technical test rigs and test solutions for the automotive industry over the past decade. Recognised today as a reliable testing equipment supplier to the auto industry, the strong pickup in demand for local testing by OEMs and Tier I suppliers has propelled higher growth for the company.

Dynaspede manufactures test rigs and test solutions locally for testing requirements of front and rear axles, gear carriers, differentials, transmission and transaxles, transmission shafts and bearings, motors and pumps, brakes and clutches, alternators and generators, steering and joints, vehicle and chassis, AMT, actuators, dynamometers and controllers. With the recent uptick in the domestic industry, particularly in passenger vehicles, the company is bullish about receiving an increased volume of from the industry in the next 2-3 years. 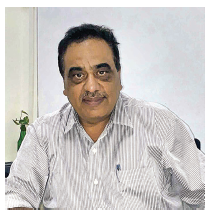 Speaking to Autocar Professional, Lalit Dhody, Business Head, Automotive-SPM & Testing Services, says, “The automotive sector contributes nearly 40 percent of our sales and has been growing rapidly over the past 2-3 years. We foresee strong demand in the next few years too.”

Given the critical nature of operations and state-of-the-art technologies, these machines are largely imported to India from either Germany or Korea. However, Dynaspede has been successfully making them locally, thereby offering an import substitute at very competitive prices.

“Expectations of higher quality by customers has driven a higher level of testing in India over the past decade. Indian OEMs and suppliers are now doing more and more testing in-house and have started sourcing our machines locally. Initially, our machines were used in R&D testing but this has moved to end-of-line testing too,” says Dhody.

As part of its focus in the near term, the company is diversifying into full engine testing machines and enhancing its software capabilities. “We have already started building machines for full engine testing and are likely to secure business soon. Due to our expertise in transmission testing, we understand all the necessary testing requirement of an engine,” says Dhody. 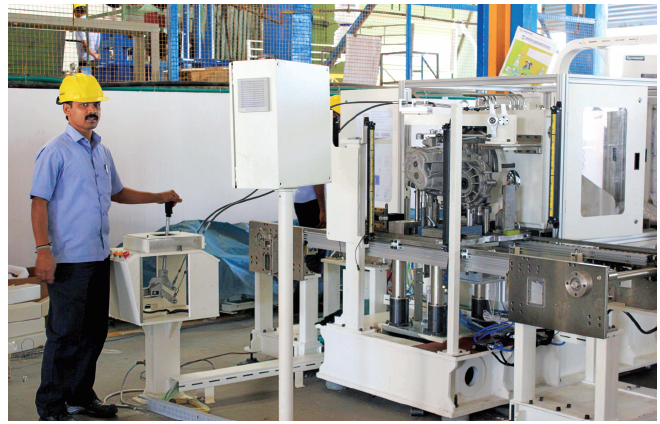 Dynaspede started off by making R&D testing machines and then entered into end-of-line testing machines since 2010. Today both the product lines contribute equally to sales. Highlighting the key strengths of the company, Dhody adds, “We have a better understanding of dynamometers as we have been making them for more than 25 years. This knowledge is being applied in understanding customer needs and we are able to deliver them highly technical machines manufactured locally.”

Over the past 10 years, Dynaspede had delivered close to 250 cumulative machines to the automotive industry alone. In fact, its entire manufacturing capacity is fully booked for the next 12 months. Where Dynaspede has an edge is that while there are many small players in this segment, not many can make full machines.

While the local operation is now on a sound footing with automotive OEMs and suppliers, the company is now betting big on exports. Its export operation started two years ago with machine sales to customers in South America, China and the Middle East. However, now the focus is on higher exports to SAARC, Africa, Latin America and South Asia. “Our exports began two years ago. We are gradually trying to enter into newer markets and are quite bullish on our export potential for the next level of growth,” says a confident Dhody. What’s more, since the company has strong competency in developing in-house software for its machines, it is set to start selling this software to machine developers in India soon. 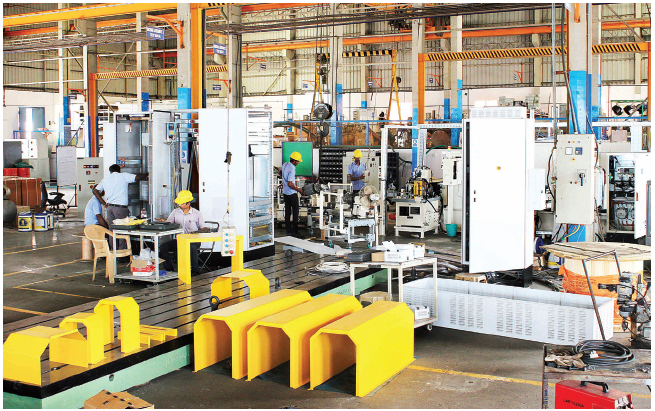 Dynaspede, which is the sole Indian company which manufactures testing machines locally, says its machines are highly competitive and can save up to 60 percent cost when compared to foreign machines. The company is targeting new segments like electric vehicles and has bagged an order from Mahindra Electric for electric motor testing machines.

With over 70,000 square feet of the main assembly line, the company has strong manufacturing capabilities equipped with sheet metal processing and fabrication, machine shop and tool room, surface coating and finishing, design, and prototyping, electronics assembly.

The machines are highly technical and need not just manufacturing capabilities but design and software capabilities as well. Being a local manufacturer, Dynaspede has an expansive service network spread across the country with 24x7 customer support. The company has a strong team of 60 design and software engineers for machine design. The test machines are built to order, with the standard time for the completion of a new machine being 4-6 months. 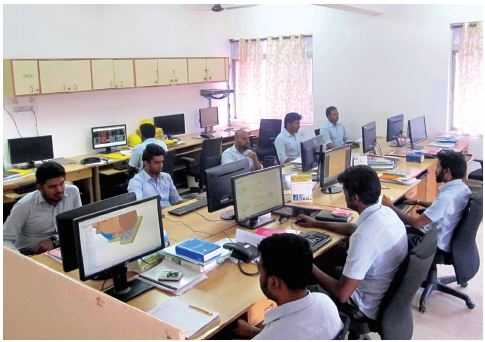 In-house design and software team offers an edge with faster product development and understanding of markets.

Given the high acceptance levels of its machines and top-notch aftersales support, Dynaspede says it is today a preferred company among Indian customers. “By the time we get an order, a month and a half goes into getting design approval from the customer. After this, we place orders to our vendors for key parts, followed by assembly and testing. So essentially, it takes anywhere between 4-6 months to build a machine,” says Dhody.

Though Dynaspede makes major parts in-house, it has local vendors from whom it sources its components. Given the criticality of the machines, nearly 20 percent of the machine content is imported. In-depth technological knowledge, a sharp and astute understanding of the local market, the right technologies and high-quality service support, along with competitive pricing are factors enabling Dynaspede to stay ahead of the competition and ride a higher growth curve.

(This article was first published in the August 1, 2017 print edition of Autocar Professional)