Lucas TVS, among the first Indian Tier 1 suppliers to venture into the EV space and part of the TVS Group company leverages its technical knowhow to gain a competitive advantage. 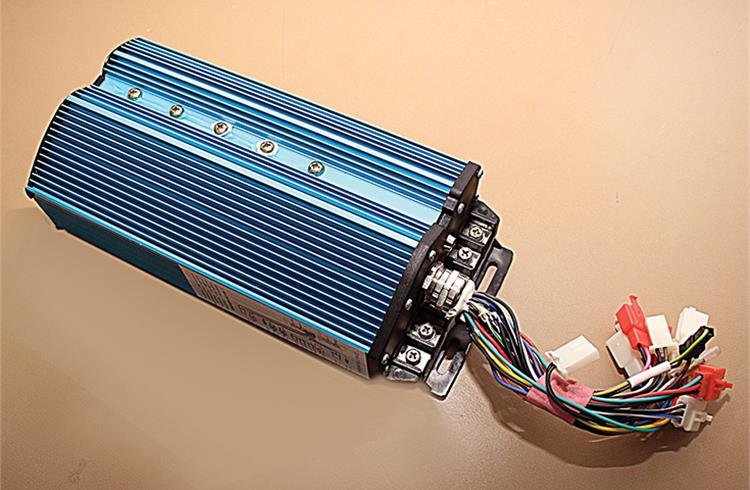 Companies which get an early start in the market gain the crucial first-mover advantage. Even though vehicle electrification is still a long way from gathering mass-market momentum in India, a clutch of component suppliers are already readying for the disruptive technological change, which will see agile and nimble companies race ahead. This, even as they continue to cater to supplies for the internal combustion engine, which should remain the mainstay for the automobile industry in the foreseeable future, both in India and also globally.

The Chennai-based Lucas TVS, a wholly-owned company of the TVS Group and one of the leading suppliers of starters and alternators, is actively eyeing new opportunities in India’s nascent but evolving electric vehicle (EV) space. The company’s journey in this new industry segment is already two years old. It was in early 2017 that Lucas TVS set up a dedicated business vertical for EVs, one of the first component suppliers in India to do so. The primary goal was to try to find new growth opportunities in various motors used in automotive applications both in hybrid and battery electric vehicles (EVs) in India. 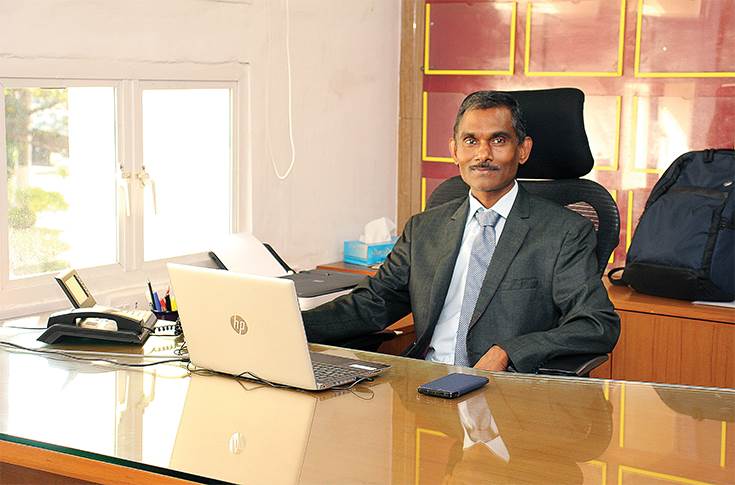 Babu K S V: "We are working on a new vision to transform Lucas TVS from an automotive electricals company into a mechatronics, smart motors and EV products and solutions provider.”
The goal of the company’s new EV division is to provide technological solutions at an affordable price through its Made-in-India program. Like industry captains, the company believes two- and three-wheelers will adopt electrification far quicker than other vehicle segments simply because they are less complex and also affordable for last-mile connectivity. Also, the total cost of ownership (TCO) is more favorable with these two segments, which could benefit even with moderate support from the government in terms of subsidy.

Plugging in early
Two years of intensive research in vehicle electrification has started yielding results with Lucas TVS developing traction motors and controllers for EVs. The first application identified for these products is the electric rickshaw, a segment which is fast gaining popularity in last-mile connectivity in urban India and also as a means of cheaper and shared transport in rural areas. At present, current-generation e-rickshaws use traction motors and controllers which are primarily imported from China. While their cost is on the lower side, they are also riddled with poor quality and reliability issues.

While an e-rickshaw uses a motor with 1.8 kW peak power, an e-auto deploys 4.5 kW peak power. In an electric three-wheeler, the powertrain system includes a battery, battery management module, BLDC motor, controller, throttle control, and brake and sensor connections. The primary function of the controller is to draw energy from the battery and supply to the motor and regulate its speed and torque output in line with the user needs as sensed by the throttle control. A DC-DC converter feeds the entire vehicle’s electrical needs like lights, horns, indicators and music system. The traction motor and controller constitute nearly 7-8 percent of the total vehicle cost of an of e-rickshaws. “Three-wheelers are often used in last-mile connectivity where comfort, reliability and quick service support are imperative, which is why we selected the e-rickshaw as our testing ground,” says Babu.

In-depth study of competitive products
According to Babu, the company undertook an in-depth study of current-generation traction motors and controllers available in the market including their cost, quality and performance and their sourcing too. It also studied the best-in-class products not available locally but used in developed markets. 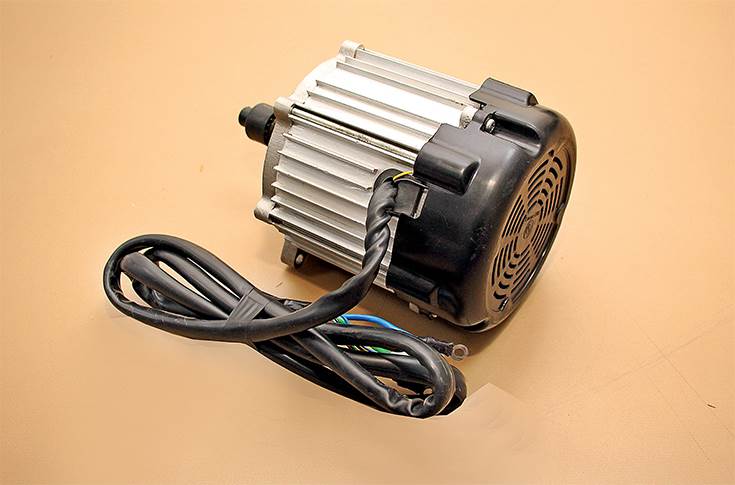 In the product development journey, an attempt was made to benchmark its traction motor and controller to one from a globally reputed manufacturer sold at a prohibitively expensive price and the other at a throwaway price but with lower quality. “We looked at both the products and deliberated where and how we should position our products, and then started with a clean-slate design approach,” reveals Babu.

With the product plan sorted out, the project moved on to the company engineers who worked aggressively to develop the indigenous traction motor and controller fully in-house. “Our decades of expertise in motors, along with a strong focused team with people having fundamental research experience, helped us deliver the first set of products in EVs,” says a proud Babu.

The team was given three targets — firstly to match the performance parameters of the best-in-class solution; secondly, solve issues faced by the current-generation imported products, and finally affordability for the Indian customer.

While working on the traction motor and controller, the company’s R&D team invested considerable effort in generating and benchmarking data to produce a much better product than what is available in India or used in e-three-wheelers. Analytical tools like simulation packages and electro-mechanical analysis were extensively used and helped reduce the volume of rare earth magnets, which are sourced from China and make up the biggest cost element in the motor. 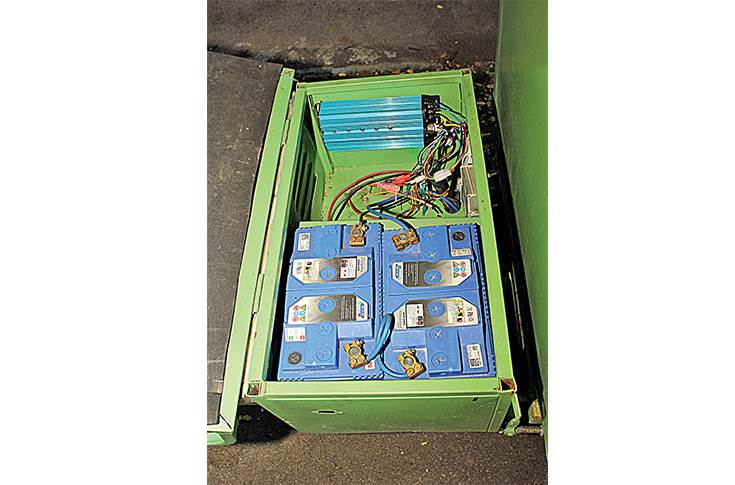 “Our attempt was to reduce the amount of magnet material per motor; this took some time for our team. We could meet the performance easily but the challenge was how to get the same performance with the least import material, as the idea was to make the product affordable,” says Babu.

In February this year, Lucas TVS had displayed a working model of a traction motor fitted on an e-rickshaw at the Auto Expo 2018. At the time, the product was at a very early stage of development but meeting generic expectations. However, following customer feedback, the product was further fine-tuned with the net result being that the reworked traction motor consumes extremely low energy from the battery and also extends the mileage per battery charge.

The company also introduced a regenerative braking solution, making it a unique product available in the market. Compared to the popular Chinese-made options available in India, Lucas TVS says its products have recorded best-in-class quality with energy savings between 12-27 percent. 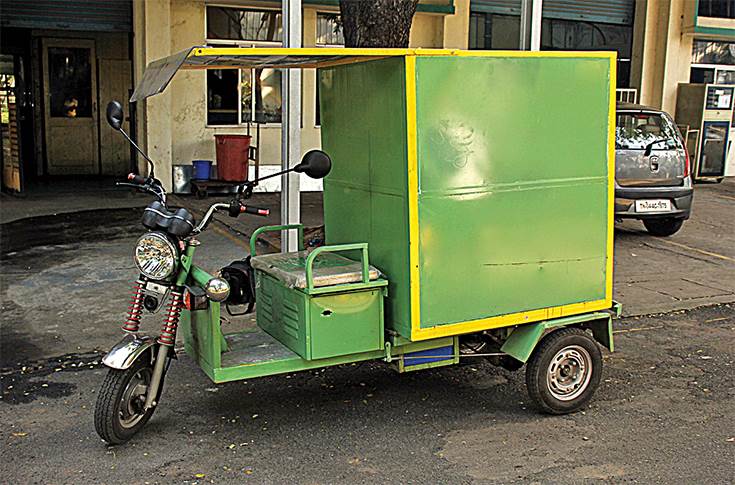 Lucas TVS says its traction motor and controller help save 12-27 percent energy in an electric autorickshaw.

While the motors are expensive, the company says they offer higher energy savings and can pay back the extra cost within 8 months of usage, besides offering superior reliability and, importantly, an all-India service  network, which is critical for e-rickshaw operators.

EV components ready for rollout
In the past six months, Lucas TVS has conducted field trials and extensive in-house reliability tests to guarantee product performance across different operating conditions. Tests have also been conducted on vehicles of two prominent OEMs based in South and North India.  “We have installed capacity to manufacture these products (motor and controller) in one of our plants in Puducherry with initial production capacities of 60,000 units per annum, which is operational. Production trials are underway and the products will be rolled out from January 2019,” affirms Babu. 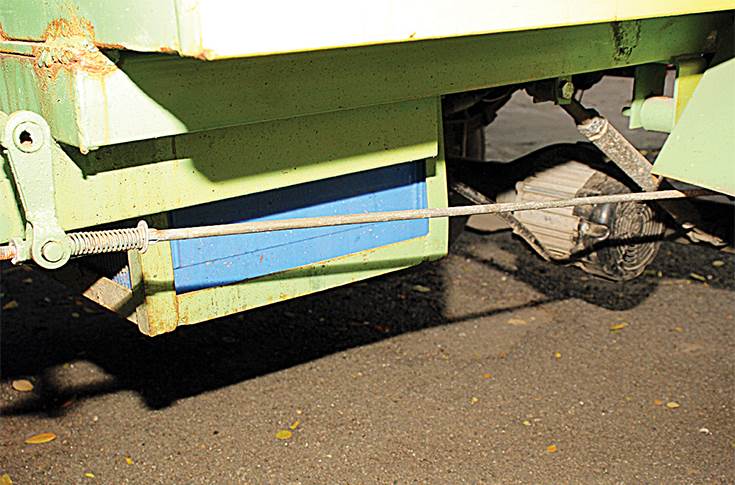 This manufacturing line is scalable to 120,000 units. Based on initial feedback to the EV components, the company is confident that sooner rather than later it will have to expand capacity. At present, it has a few orders from select customers in hand and plans to scale up its marketing activities to accelerate sales.

Focus continues on IC engine components
Lucas TVS is also eyeing development of a higher-power motor for bigger IC-engined autorickshaws. According to Babu, it is working on another traction motor and controller to replace those in current-generation ICE autos. Currently, developmental tests are underway and the products are soon to be showcased to a few OEM customers. 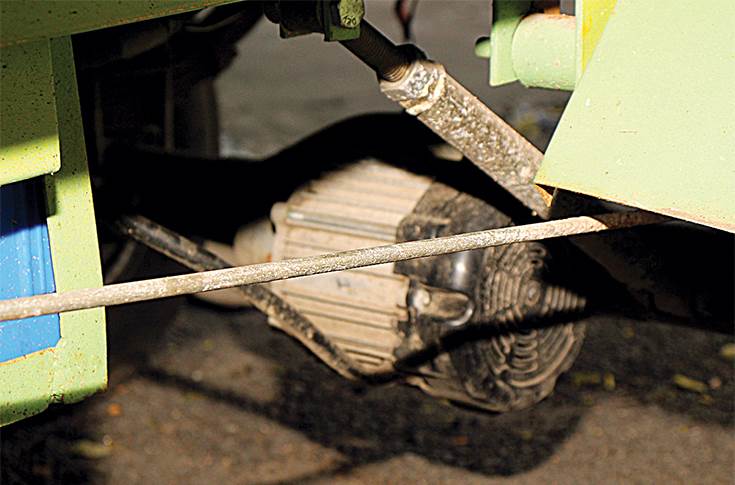 When queried about the likelihood of a foray into motors for electric passenger cars, Babu says, “We can make similar products for electric cars but this needs much longer developmental work, higher costs and lengthy road trials and validations, which involve several years of work.” Also, there continues to be some level of uncertainty about the type of parts sourced from Tier-1 suppliers like Lucas TVS and those that OEMs will prefer to make in-house. Hence, the company is acutely observing market trends before it takes a concrete decision. 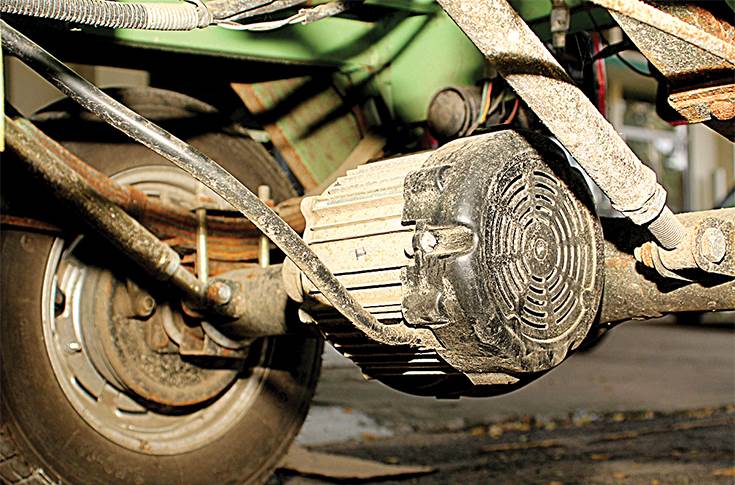 What it is sure about is the two-wheeler segment and is working on traction motors targeted at electric scooters where the total cost of ownership is low. “In two-wheelers, the real question is how fast this disruption comes in? Thus far, the start-ups/disruptors haven’t been able to make any big impact. But we are confident about two-wheelers getting into the mainstream in the next year to three years and therefore are putting our efforts in this area,” says an optimistic Babu.

The motor used in a motorcycle or a cargo three-wheeler develops 6 to 10 kW peak power. With several products in the EV area suitably fitting into Lucas TVS' future product strategy, the company is understandably bullish. According to Babu, “In the electric vehicle segment, our focus remains on two-wheelers, three-wheelers and light commercial vehicles for the near future while we keep a firm eye on changing technologies.” 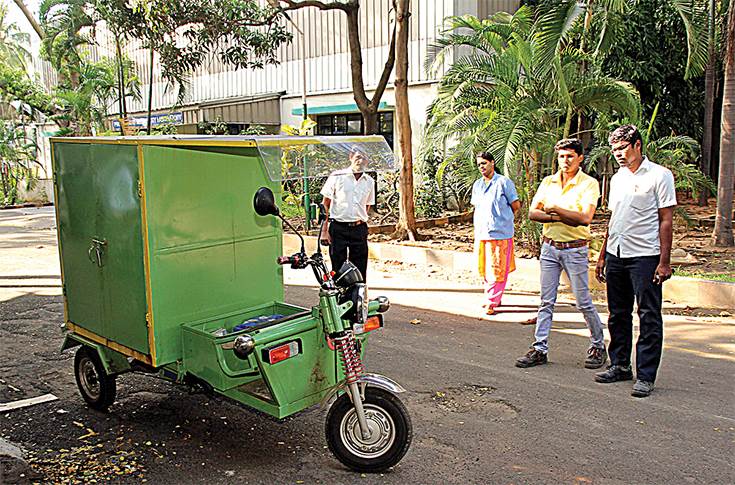 Meanwhile, the company has planned several BLDC motors for non-automotive applications like water pumps, refrigerator, and consumer durables. Lucas TVS has a division catering to fan-motor-shroud assembly for radiator / IC engine cooling. The aim is to use this knowledge and expertise for motor cooling, controller cooling, and battery cooling wherein the power output is more than 5kW. “We are looking at using our cooling solutions division to offer products in this segment. This is still at a nascent and exploratory stage. Our first two BLDC traction motors are air-cooled while the liquid-cooled motors are yet to be launched,” says Babu.

All said and done, this Chennai-based Tier 1 supplier is making all the right moves to gain a competitive advantage in the EV market. With e-three-wheelers already seeing decent traction, it could be on to a good thing.

(This article was first published in the December 15, 2018 Anniversary issue of Autocar Professional)