In what marks an upgrade in India’s tyre testing capabilities in line with global benchmarks, JK Tyre’s Raghupati Singhania Centre of Excellence (RPSCoE) is augmenting its testing infrastructure to focus on upcoming labelling norms and demand for SUV tyres. 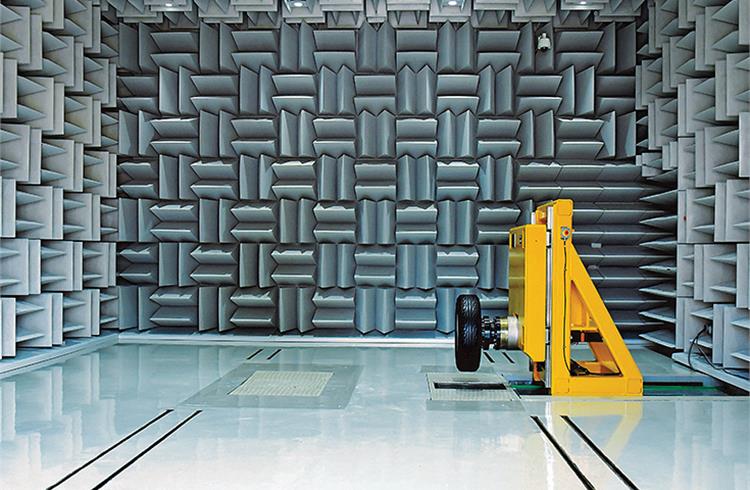 Innovation and research and development are essential mantras to transform products, processes and services. One Indian company which is putting its shoulder to the wheel of R&D is JK Tyre & Industries.

Now, its R&D centre in Mysore, Karnataka is gearing up for the upcoming tyre labelling norms in India and is readying its testing and development infrastructure to cater to demand for large-sized passenger car radials for the premium segment as well as electric vehicles.
The Mysore-based Raghupati Singhania Centre of Excellence (RPSCoE) is home to JK Tyre & Industries’ R&D activities as the company gears up to cater to the changing dynamics of the industry, which is headed towards increased adoption of EVs, as well as more performance-oriented vehicles. 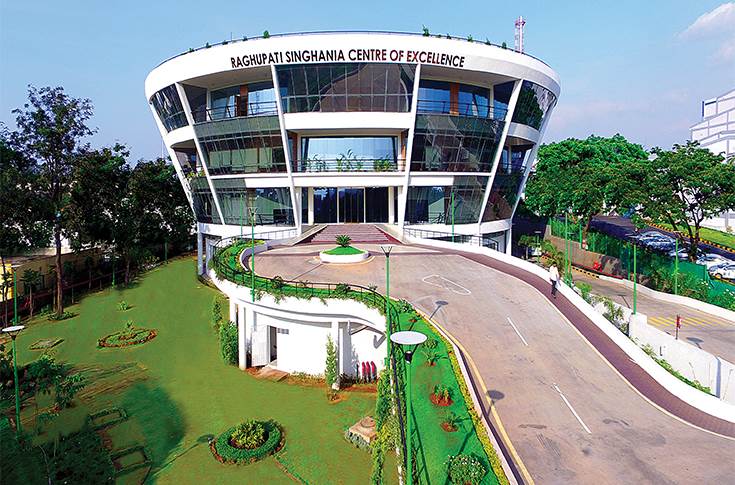 The state-of-the-art facility that spans 10,500 square metres and located in Mysore was commissioned in 2016. 200 engineers are working on new technologies and are engaged in fine-tuning existing products according to market feedback from over 180 countries. They are also  exploring ways to attain sustainability in a product which fundamentally utilises carbon black (up to 25%) in its composition and emits up to 85-87 percent of the overall greenhouse emissions during operation.

Walking the tech talk
JK Tyre believes that there will be a gradual shift towards bio-degradable or natural materials in tyre composition as companies increasingly focus to minimise carbon footprint generated by the end product. As a result, the RPSCoE also houses JK Tyre’s independent research institute — Hari Shankar Singhania Elastomer and Tyre Research Institute (HASETRI) — within the campus, aimed at development and evolution of new technologies for the rubber and allied industries. 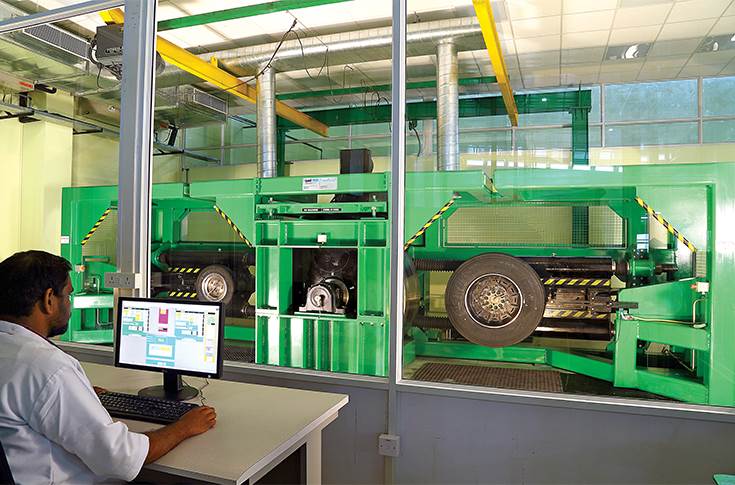 Synergies are being leveraged between HASETRI and RPSCoE to develop alternate / sustainable materials, increase the use of natural ingredients such as edible oils like rice-bran and sunflower oil, and also replace carbon black with silica. However, cost is an inhibiting factor acting a major roadblock in the industrialisation of alternate manufacturing techniques in the present scenario.

But the immediate focus for the tyre maker is to prepare itself for the upcoming tyre labelling norms in India, which are getting mandatory for all new tyres starting this month, and slated to get extrapolated to existing products in the market from October 2022.

JK Tyre has signed an agreement with the national automotive test tracks (NATRAX) for utilsing its Pithampur facilities for outdoor testing of new tyres for conformation with labelling norms and validation of technology.

Becoming self-sufficient
In Mysore, the RPSCoE has envisaged an investment of Rs 110 crore over the next one and a half years, in line with upcoming regulations over the next three to five years, including the labelling norms (AIS-142), which would require new equipment such as endurance test machines that measure camber, slip angle and rolling resistance. It is executing what it terms as the ‘Technology self-reliance plan’. 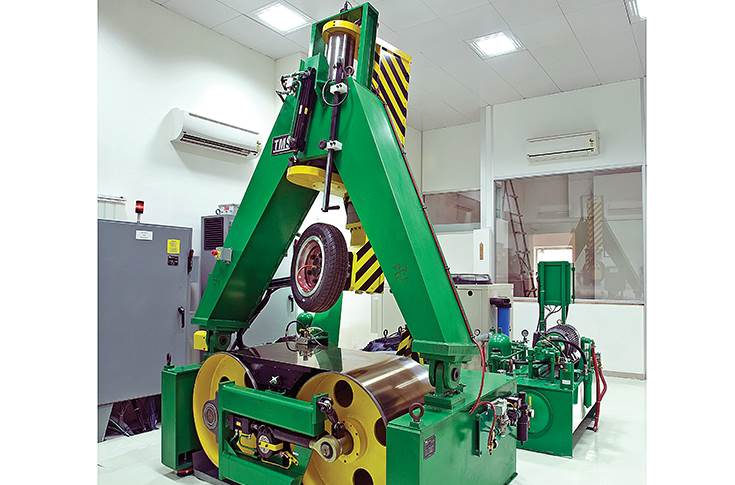 In this regard, JK Tyre’s R&D centre is in the process of procuring new machines — customised and imported from the US and Europe. Despite the equipment, for instance, the CT Plus test machine, getting sourced from globally-renowned suppliers such as US-based MTS, the idea of this self-reliant plan is to enable the company indigenise new technologies and also augment its in-house infrastructure to simulate and conduct non-standard tests, particularly relevant for tyres subject to operation under harsh Indian road conditions.

Dr Mukhopadhyay further adds that simulating practical conditions in the laboratory is part of this strategy too. Simulation tools such as virtual prototyping are playing a key role in tyre development and causing development timelines to shrink from 18 months earlier to almost seven months in the present day.

JK Tyre has also joined hands with IIT Chennai and this partnership has been long standing since 2004. IIT has been assisting the company to conduct virtual prototyping new products and high-end simulation.

“Technology self-reliance is a big umbrella and while we can get knowledge by benchmarking best products or sending our engineers to the top universities, the objective is that once we develop a product on our own, we must take complete ownership,” he said.

Innovations and new developments
RPSCoE has filed five patents so far and is working in line with the emerging trends in the tyre landscape, for instance, developing low-rolling resistance tyres for EV applications and also creating the ‘Smart Tyre’.
While JK Tyre already offers a product portfolio for existing EVs such as the Tata Nexon in the market, RPSCoE is progressing further to the proof-of-concept stage for the next phase of EVs in the passenger car space, which will be equipped with larger battery packs in the range of 30-40 kWh and offer real-world range upward of 300km.

However, development of tyres for electric two-wheelers, which is a relatively faster growing segment, could be a big challenge according to Mukhopadhyay as the product needs will drastically change, considering the fact that two-wheeler tyres in India are also undergoing radialisation.” 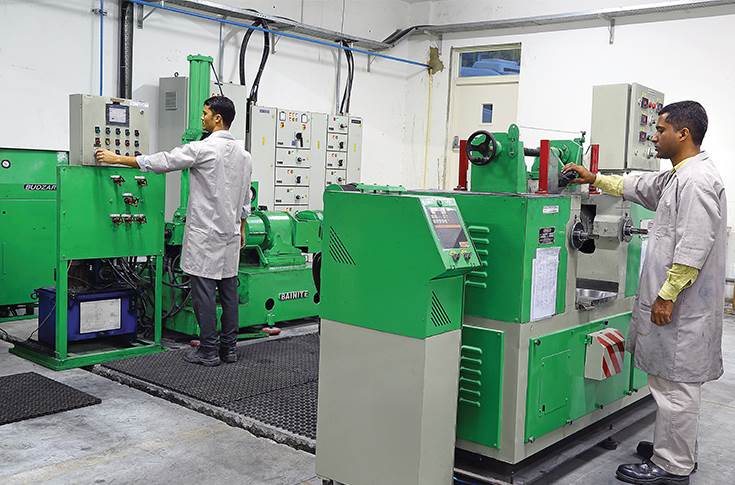 With regard to smart tyres, the company has come up with its revolutionary product — Treel — targeted at the commercial fleet segment. In April this year, JK Tyre partnered Gurgaon-based JBM Auto for supplying radial tyres fitted with its Treel tyre sensors on JBM’s CNG and electric buses.

Treel is an indigenously designed product and provides real-time information about the health of a tyre through integration of smart sensors. These sensors include a three-axis accelerometer, pressure and temperature sensors. The integrated unit is placed outside the tyre on the rim and is connected to the cloud to allow real-time data analysis to help fleet owners prevent tyre-related maintenance issues such as bad alignment or track tyre life status to plan replacement in advance with minimum downtime. With GPS compatibility, the sensors also aid in case of theft, which is quite prominent in case of commercial vehicle tyres.

Now as JK Tyre eyes more demand in the luxury passenger vehicle and SUV segments in India with tyre sizes ranging from 17-20 inches, the company is also bullish about demand for puncture-proof or self-healing tyres. While many two-wheeler OEMs have been offering puncture-proof tyres as added features of safety, it is the luxury passenger car radial that is expected to move in a similar direction, and coupled with digital technologies like tyre pressure monitoring systems, make the contact patch of a vehicle armoured for enhanced safety.

The RPSCoE, meanwhile, looks focused to tap these emerging trends and develop cutting-edge solutions for the tyre segment across vehicle categories, while aiming to offer durability, comfort and cost competitiveness by leveraging its local genes.

This feature was first published in Autocar Professional's October 1 issue.