In their quest to deliver more kilometres per litre, OEMs in India are actively engaged in improving engine performance with proprietory technologies. Amit Panday takes a close look. 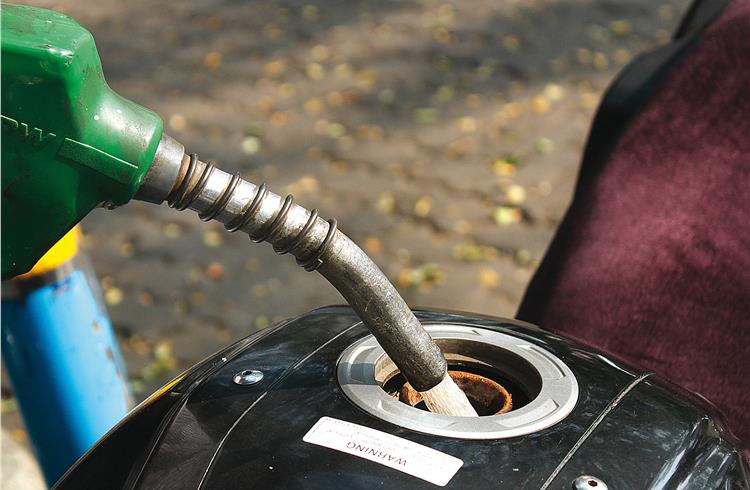 “Average kya hai?” is an oft-repeated query from motorists in India, be it two-wheelers or four-wheelers, a two-wheeler commuter or even a luxury car. Yes, the country’s obsession with more kilometres for each rupee spent is driving automakers to experiment with new technologies aimed at more mileage for every litre of petrol. Holistically, this in turn is driving a ‘green’ movement of developing fuel-sipping machines.

While the electric two-wheeler market is improving in terms of better technology and awareness if not sales volumes, these battery operated vehicles, along with their hybrid counterparts, are far from becoming a part of mainstream commuting.

Meanwhile, all the leading two-wheeler manufacturers are putting their shoulder to the wheel to make their petrol-engined commuters greener and cleaner for the environment. They are looking to achieve this through technological upgrades at various research and development stages and vehicle weight reduction programs, among other things.

While these technologies are nowhere connected to alternate fuels, they still contribute, each in their own way, to improved fuel efficiency. Two-wheeler industry experts say that the existing combustion technologies offer a wide scope for improving the fuel burning process, and thereby boost efficiency. 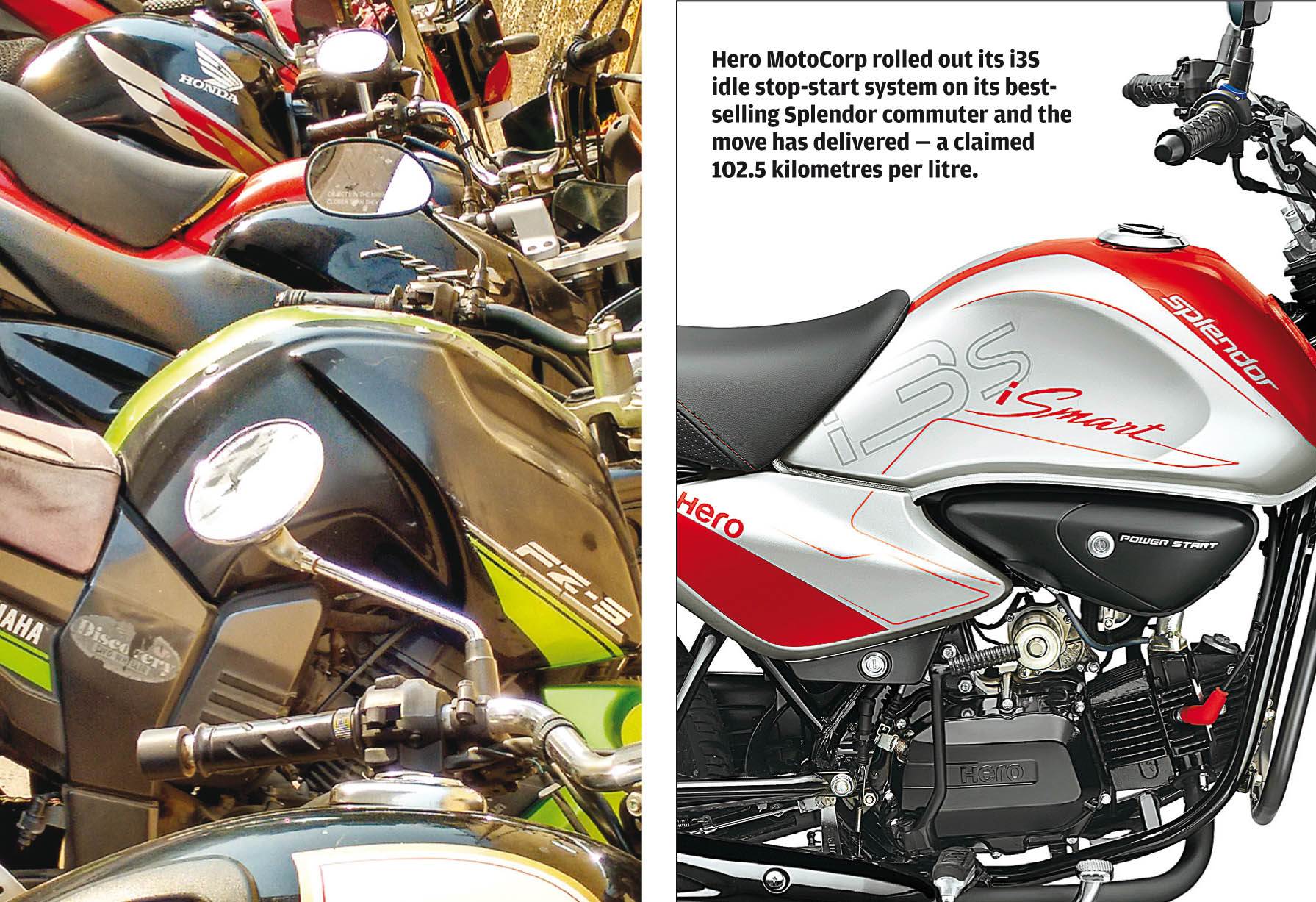 HERO MOTOCORP TALKS i3S TECH
Hero MotoCorp, India’s largest two-wheeler manufacturer, became the first company to introduce a start-stop system in a motorcycle last year. The company chose to introduce this technology on its bestseller – the Splendor brand, which was first launched in India in 1994 under its partnership with Honda.

The i3S is idle-stop start system, which comes into play when the rider comes to a halt, shuts the engine down to prevent loss of fuel, and gets the engine back to life the moment the clutch lever is engaged. While this technology exists in several passenger car models, Hero’s Splendor iSmart is the first motorcycle model to be equipped with this feature. The model is known to be powered by a small and efficient, four-stroke, air-cooled, single-cylinder, 97.2cc engine. Hero MotoCorp claims that this technology enables the new Splendor iSmart to achieve better fuel efficiency figures.

More recently, the bike made news when it delivered a mileage of 102.50 kilometres per litre of petrol under ideal test conditions. This makes it the most fuel-efficient 100cc motorcycle in the world.

The company had, last year, confirmed to Autocar Professional, that it plans to introduce the i3S tech on a number of other bestselling models soon. Investing heavily on technology via its joint ventures with several partners, Hero MotoCorp has on March 25 opened up its first production and development centre in Gurgaon under its subsidiary HMC-MM Auto (with Italy’s Magneti Marelli). This facility will manufacture two-wheeler electronic fuel injection systems (EFIs) which are known for providing benefits such as improved performance and fuel efficiency among others over the conventional carburettor systems.

“India is a growing participant in the global value chain, and is a place where companies can design, develop and manufacture innovative products efficiently. Hero’s vision is to be a part of this global value chain. We have crafted an exciting vision – to use electronics in order to achieve better engine performances, reduced energy consumption and control emissions,” said Pawan Munjal, vice-chairman, managing director and CEO, Hero MotoCorp.

HONDA SAYS 'HET' IT
Honda Motorcycle & Scooter India (HMSI) had introduced its all-new Honda Eco Technology (christened HET) in 2013, which helped the company claim better fuel efficiencies (based on an internal Honda test ride mode that it claims to be close to actual city riding conditions) on its two-wheeler models. 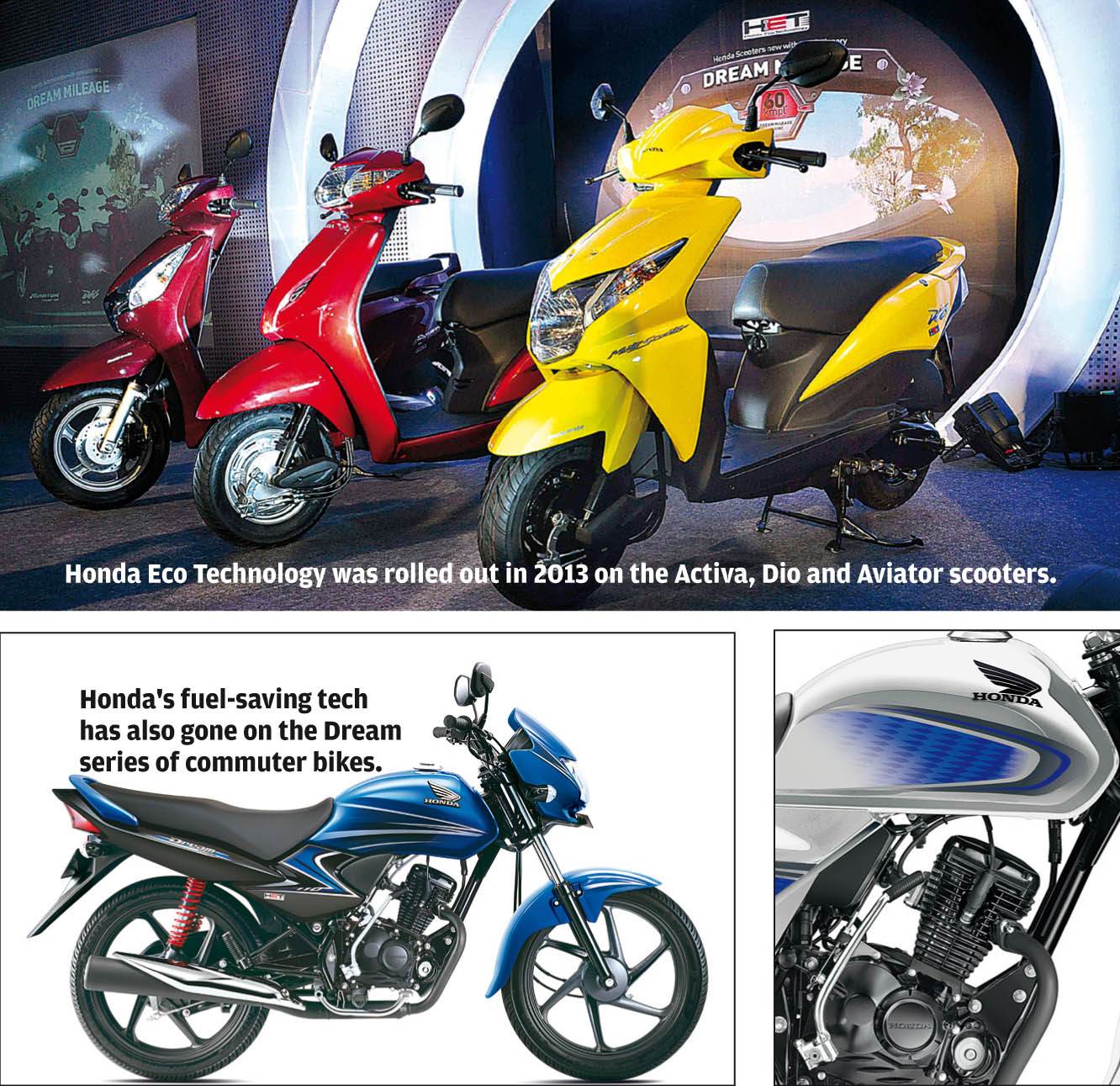 The company launched this technology not only on its bestselling scooter model – Activa along with the Aviator and Dio models, but also on its high-mileage 109cc commuter motorcycles – Dream Yuga and Dream Neo. At an official event where HMSI had introduced HET technology on its Dream Yuga model, Yadvinder S Guleria, vice-president – sales & marketing, HMSI had said, “The Dream Yuga is a high-selling commuter bike in its class and has achieved good sales volumes. We are delighted to provide superior HET technology to our customers on this model at the same price. We are confident that the Dream Yuga with our revolutionary technology will create a new benchmark for mass mobility in India.”

The marginal drop in displacement via reducing the bore to 57.3mm helped the engineers reduce friction to some extent. Further, Yamaha’s Indian R&D team involved on this project made extensive changes to achieve better fuel efficiency which included new design of the two-valve head for the fuel intake port, lighter piston, lighter connecting rods and a crankshaft, all bundled up to deliver improved combustion efficiency. 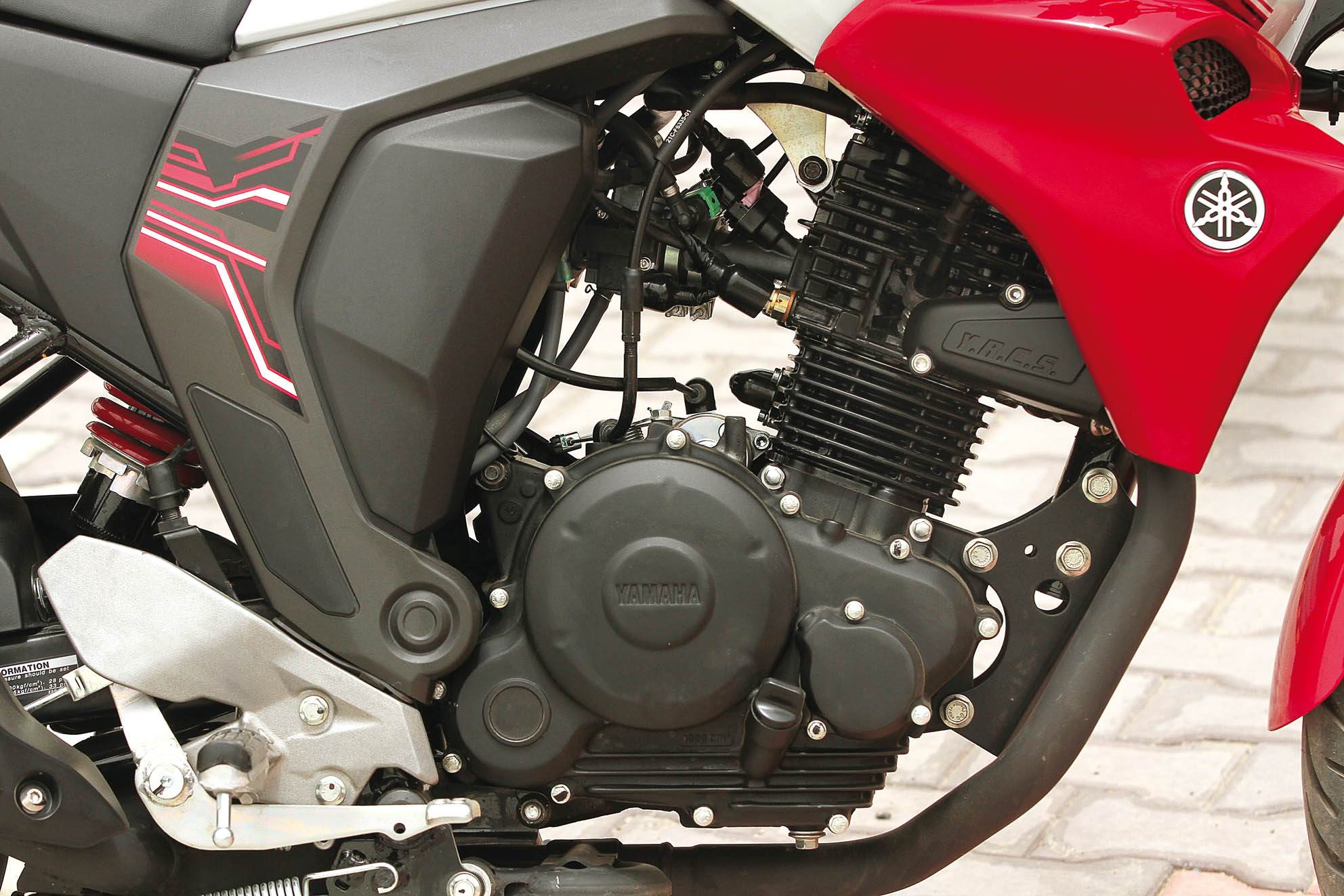 The engineers had also introduced a closed loop fuel injection system (removing the carburettor) to gain control of the fuel supply into the combustion chamber. The changes to the company’s 150cc engine format helped them claim higher acceleration, reduced power loss and also a 14 percent boost in the fuel efficiency.

The company has recently introduced this technology on its scooter models – Ray, Ray Z and Alpha. Yamaha now claims that the Blue Core tech on these scooter models has improved the fuel efficiency from 62kpl to 66kpl (under test conditions).

With improved mileage of its scooters, Yamaha, for which scooters constitute 40 percent of its total sales in India, is upbeat about growing its scooter sales this year. “We are eyeing around 10 percent share in the fast growing scooter market in India this year riding on our three scooter offerings. Currently we have around five percent market share in the scooter segment. The success of the Ray, Ray Z and Alpha models is essential for Yamaha to realise its targets in India,” said Roy Kurian, vice-president, Yamaha Motor India
Sales. The engineers at Suzuki Motorcycle had redesigned the engine components such as the combustion chamber, lighter rocker arms, and alterations made to the valve angle among others. It has also introduced an inverted triangle-shaped piston skirt, which, as reports suggest, has comparatively reduced piston weight. Company officials claim that these changes have helped boost mileage by 15 percent.

While Suzuki’s 150cc Gixxer motorcycle is equipped with SEP, the company plans to introduce this fuel-saving tech on all its future products with new-generation engines.

BAJAJ AUTO'S DTS-i: PRIME MOVER
Also known as digital twin spark ignition technology, DTS-i is commonly associated with Bajaj’s Pulsar bikes. A patented of Bajaj Auto tech design, DTS-i was one of the first technologies developed for two-wheelers in India aimed at improving the combustion process to enhance both performance and fuel efficiency.

For DTS-i, engineers added a second spark plug to the conventional format of a single spark plug fitted on the cylinder head. According to the company website, two spark plugs at the either ends of the combustion chamber help in faster and better combustion. The company has recently introduced a 102cc Platina ES model (pictured above), which claims to have the best ever fuel efficiency both from Bajaj Auto’s stable — 96.9kpl. This commuter bike’s engine is equipped with the dual spark plug technology.

TVS MOTOR CO'S DURALIFE
TVS Motor Company, which claims that all its vehicles are 85 percent recyclable, has DuraLife engine technology which highlights its efforts for achieving better fuel efficiency and lesser emissions. The company is known for its strong R&D and carries a heritage of providing technologies ahead of their times. For example, it had introduced a catalytic converter in India in 1996 on its Shogun model.

According to the company website, the DuraLife engine (as on the TVS Sport commuter bike) technology provides for reduced friction and enhanced mileage. Less friction within the combustion chamber is achieved by deploying chrome-plated piston rings, roller cam follower and low friction engine oil. The  engine delivers 87.7kpl in TVS Sport. Further, it also states that the CVT-i engine made by the company is also used in India’s most fuel-efficient scooter, TVS Scooty, with a fuel efficiency of 65kpl. This engine also powers the Jupiter model, which delivers a mileage of 62kpl.

Overall, OEMS' ongoing quest to extract more fuel efficiency from its engines and vehicles will remain a constant endeavour. Expect a lot more advances on that front over the coming years. The end-consumer will be only happier, getting more mileage for his money.