Mumbai-based AutoNxt comes up with an innovative concept of an autonomous and an electric tractor. 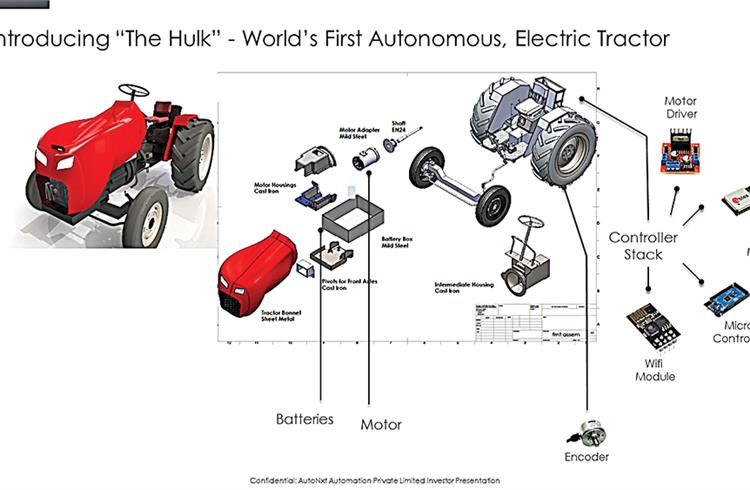 Mumbai-based AutoNxt claims the 30hp Hulk is the world’s first autonomous electric tractor. The Level 2 autonomous farm equipment has a range of 150km per charge and can perform a variety of farming functions.

Disruptive technology is becoming de rigueur in the automotive industry. Not a day goes by when one doesn’t come across news of an innovation designed to impact existing products and address future needs. The transition towards new-age mobility has also levelled the field between legacy automakers and start-ups, who are aggressively seeking to change the status-quo by offering new and unique value propositions. 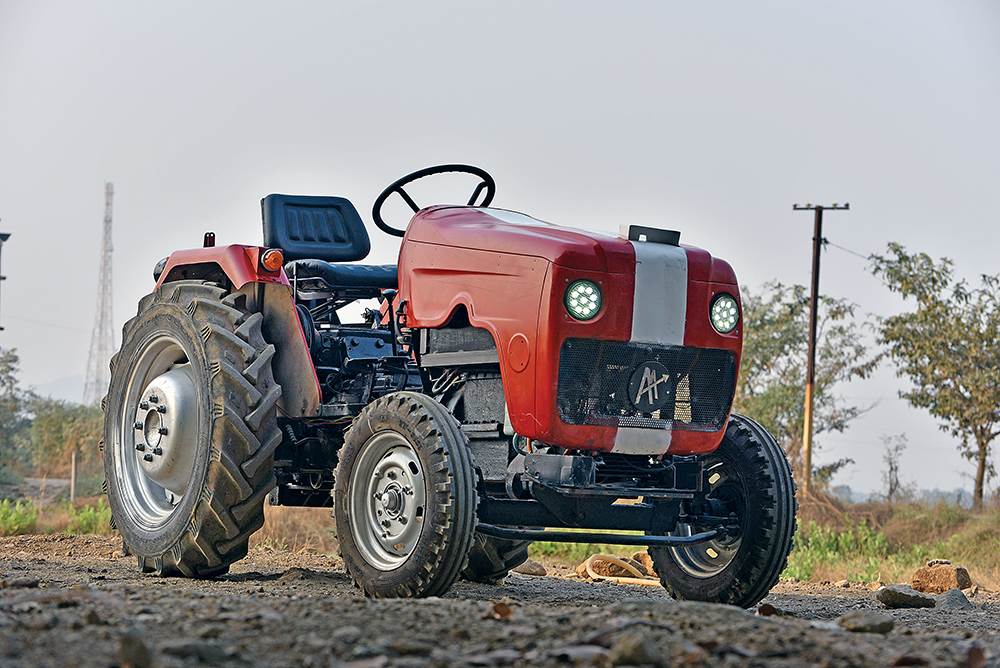 It took a year for the 'Hulk' to go from proof of concept through to prototype stage.

In the start-up world, where most companies are focussing on passenger vehicles and two-wheelers, a Mumbai-based start-up ‘AutoNxt’ is targeting the farming community to resolve the growing problem of paucity of skilled labour.

India, where around 58 percent of rural households still depend on agriculture and allied industry, is witnessing a huge scarcity of skilled tractor operators.Agriculture, which accounts for 14 percent of the country’s GDP and about 11 percent of the country’s exports, has still not reaped the benefits of modernisation. It can be safely said that the per capita productivity in the country for farming activity is still among one of the lowest in the world. 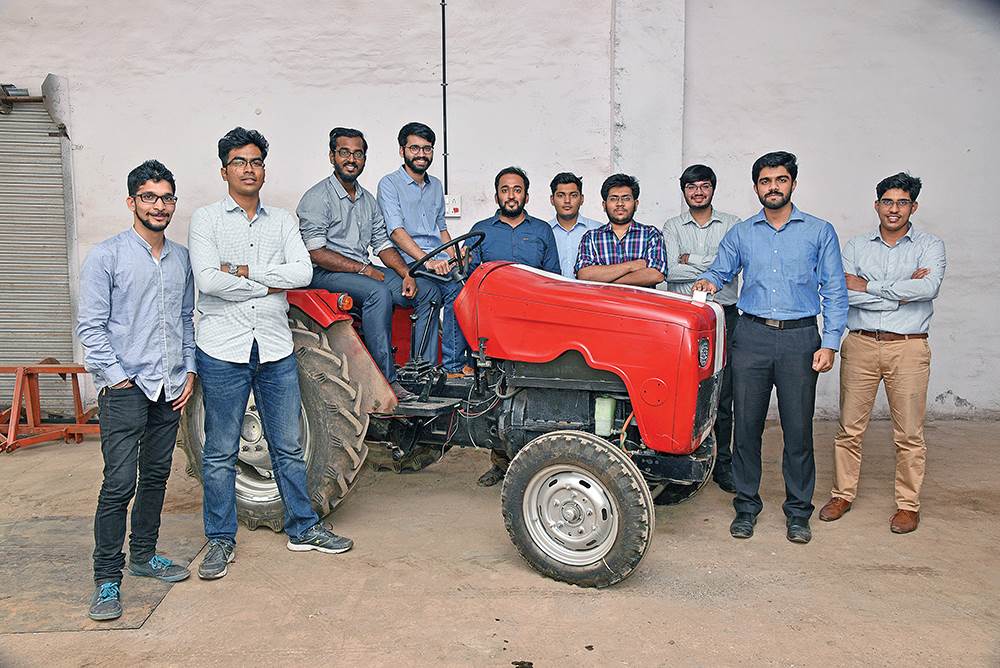 The AutoNxt team at the Mumbai office, which also doubles up as their technical and research centre.

This became the inspiration for AutoNxt, which has developed India’s first electric autonomous tractor, called ‘The Hulk’.

It may be recollected that in September 2017, Mahindra & Mahindra revealed its first-ever driverless, non-electric tractor, developed at the Mahindra Research Valley.

AutoNxt was set up in January 2016 by Kaustubh Dhonde, a 24-year-old electronics engineer. The idea to automate the tractor came to Dhonde when he visited a relative, who is a farmer. He says that when his uncle decided to sell his one-year-old tractor, he was shocked to know the stark reality of the farming community. He explains: “Owning a tractor involves a lot of expenses and health issues; one of the major operational costs is hiring a skilled driver.”

How the 'Hulk' took shape

What started as a concern turned out to be a solution in disguise for the young engineer. Dhonde says he started discussing the idea with his peers in 2015 during his college days and eventually was convinced that the underlying issue needed to have a much more holistic and realistic approach. 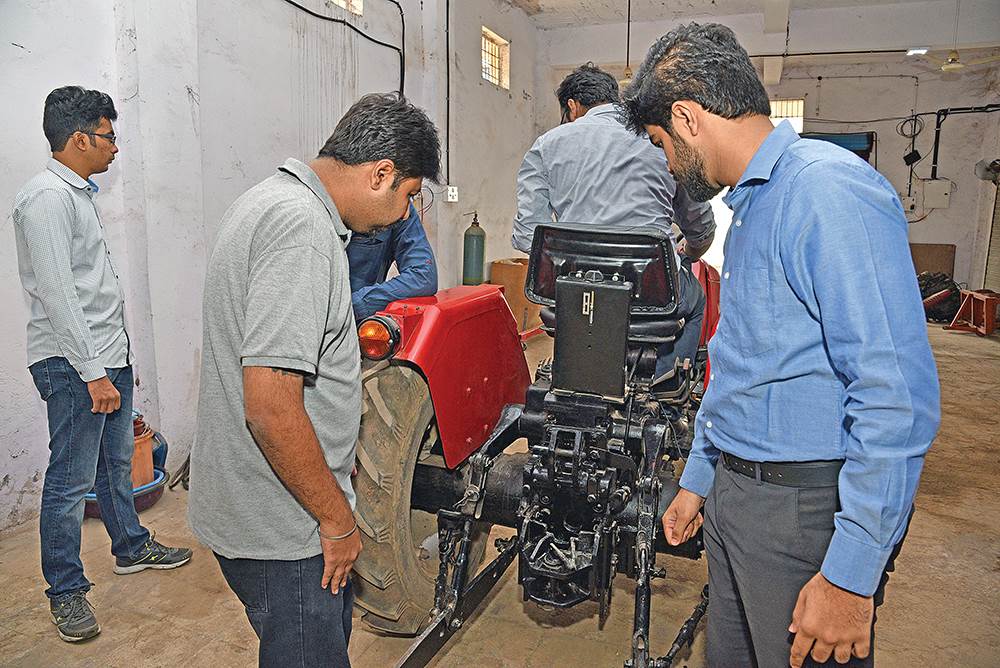 By December 2015, he had developed a concept idea on how to translate his learning into a product solution. In January 2016, he undertook a survey covering 212 farmers in four states – Maharashtra, Punjab, Gujarat and Karnataka. Following this, the company started experimenting with GPS technology on small robotics that would help them in product development.

As with any start-up, funding was a key challenge. Dhonde states that while it is easy to develop ideas, it is difficult to translate them into a working product; as a result, investment was difficult to come by. “We approached a lot of investors, everyone was interested in the idea. But it was difficult to convince them in a project where the product was yet to be developed.” 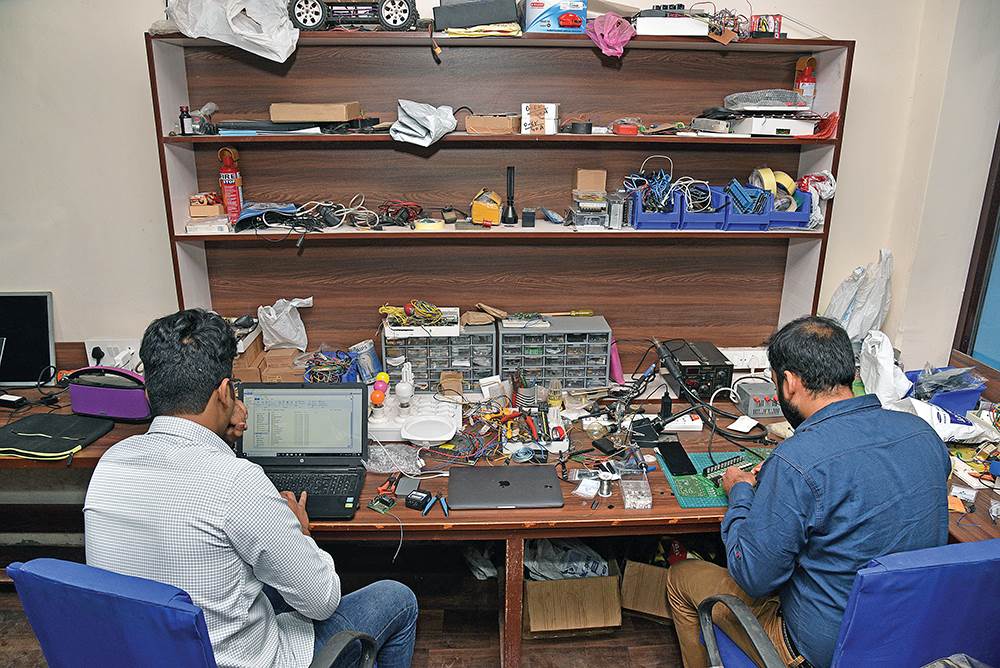 Then, a gritty Dhonde, along with his founding team, started providing GPS tracking services to various clients to raise investments for their core project – an autonomous-electric tractor.  In January 2017, the company successfully showcased its first proof of concept of its autonomous driving capability to a bunch of potential investors at a mere expense of Rs 50,000. Dhonde explains, “When we developed the first prototype technology, we realised the cost of buying a second-hand tractor or even renting it would be quite high. Fortunately, one farmer was quite curious and helped us by giving his tractor on rent for free.”

The team then started working on electrifying and improving the autonomous capability of the tractor.  Dhonde has rented out a warehouse on the outskirts of Mumbai, which not only acts as a workshop but also doubles up as an office and technology development centre. The company also has undertaken projects for GPS solutions, home automation, industrial automation, and technical consultation.

AutoNxt’s growth has found a lot of appreciation from industry veterans and experts. “We are proud that we have been able to achieve a good support from industry veterans who have decades of experience in leading well-established OEMs. And the support helps us in improving our product capabilities,” comments Dhonde. 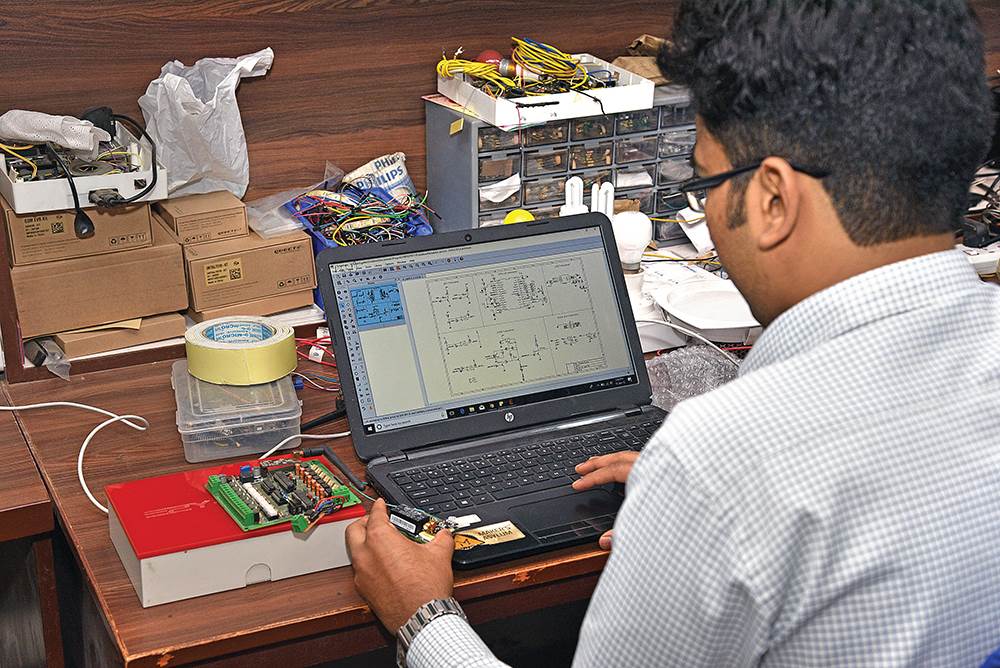 Apart from the core team working on the tractor, the company also has employed engineers to work on other commercial solutions to help it fund its core project.

The prototype Hulk, which is a 30hp, Level 2 autonomous electric tractor, is capable of delivering a range of around 150km per charge. It can perform various functions like ploughing, tilling, disking, insecticide spraying and others, just like a conventional tractor. The Hulk uses a proprietary battery technology which is lithium-based and claimed to have one of the highest life-spans.  Dhonde, however, was tight-lipped as to the details of the technology. The company has incorporated electronically controlled hydraulics that can be adjusted for different functions. The rechargeable battery, which comes with an inbuilt charging socket, can be charged using any conventional charging point. AutoNxt claims the battery life is around 10 years, and compared to fuelling up a conventional 30hp tractor which costs around Rs 1,500, the charging cost will be around a third of that for 0-100 percent charge.

From the safety perspective, the tractor has a kill-switch which can be activated either by pressing the button on the tractor or the app in the phone/tablet, which will halt the tractor in its tracks. To make sure that the autonomous driving capability cannot be misused, controlling the tractor remotely can be done in a specified range only and authentication for remote controlling has several safety features. The company states that in India where tractors are also used by households as a passenger transport vehicle, they have made sure that the vehicle’s autonomous driving capability cannot be employed on roads. 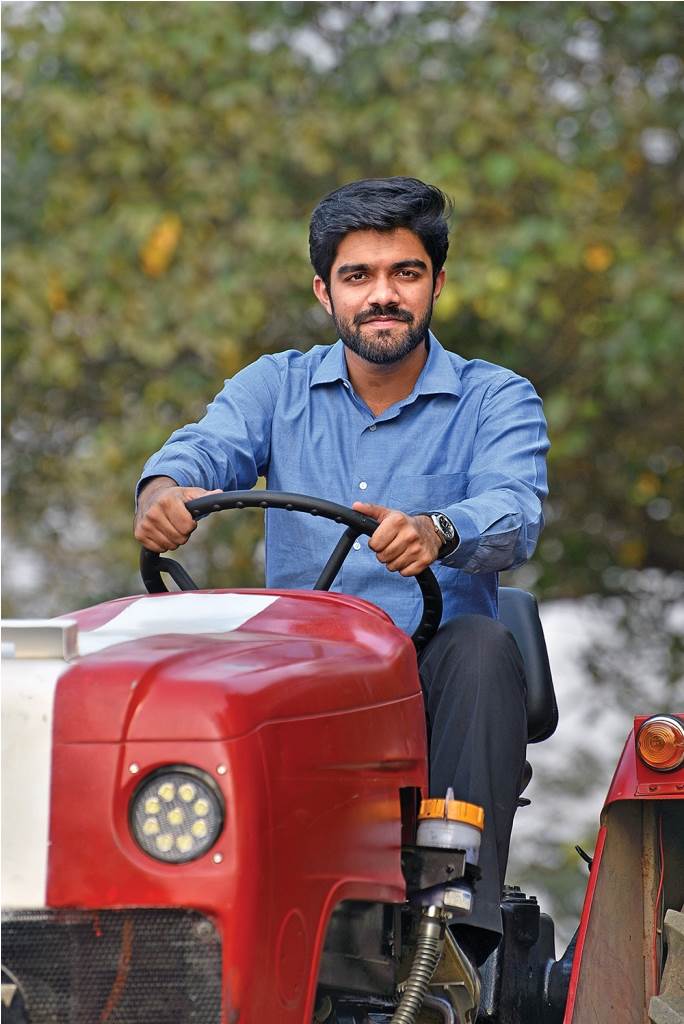 According to Dhonde, the survey highlighted that in India where a huge section of farmers have small or medium landholding, the 30hp tractor is the best fit for their needs. “As per our findings, the 30hp tractor is well suited for our initial offering. Later on, we can expand our range depending on the needs and findings we come across,” explains Dhonde.

According to Dhonde, the company is already in advanced talks with leading tractor manufacturers in India, for collaboration. He states that while AutoNxt will act as the technology provider, the established OEMs will produce and use its distribution network that will act as a win-win situation for the partners.

When asked if the company would look at producing the tractor itself, Dhonde says, “We are more of a technology company, we would like to focus there. But in case there is a disagreement for this kind of collaboration, we would explore taking a contract manufacturing route.”

He is also planning to get the first prototype ready and get the necessary approval/certification done to begin the commercial rollout by 2019. He is also optimistic about the government’s support for electric vehicles to play a key role in the adoption of the e-tractor in India.