India@75: How Santro created the magic for Hyundai

Hyundai too was an unknown entity in India since customers here were more familiar with auto brands from the West and Japan. 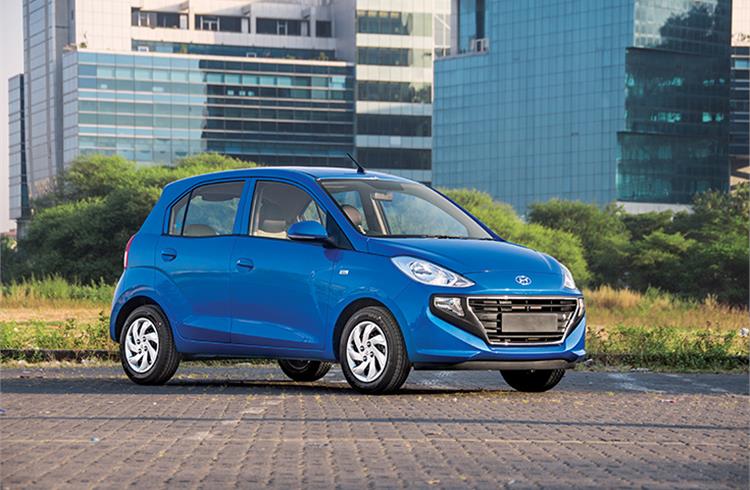 It was the Santro that paved the way for Hyundai’s remarkable success story in India.

When it debuted in 1998, people were taken aback by its radical Tall Boy looks because this was unlike anything that they had seen in the past. Yet, they admitted that it was different and that by itself was a good reason to buy the car.

Hyundai too was an unknown entity in India since customers here were more familiar with auto brands from the West and Japan. Here was a Korean company whose name was not the easiest to pronounce either. Soon, it had a brand ambassador in the form of Shah Rukh Khan who had had a couple of huge hits at the box office and was well on his way to becoming a big star in Hindi cinema.

The association with King Khan clearly helped Hyundai’s cause but eventually the product had to do the talking and this is where Santro got the market by storm. Ironically, its looks became its USP and helped it stand out in the small car space. As much as today’s India is about youth power, the Santro buyers two decades ago were also young and keen to experiment with a new brand and unlike what their previous generation has been using.

The success of Santro was the biggest booster for Hyundai in India and the company went all out to expand its presence in India. Maruti was a formidable rival to contend with but it is to Hyundai’s credit that it emerged its strongest challenger over the years. In more recent years, the company also focused on technology in its offerings keeping in mind that there were a slew of younger customers who wanted more features in their cars.

Santro continued to be the flagship of Hyundai for many years till it ran its course and was finally yanked off the Chennai production line in 2014. Four years later, it was revived in a different avatar but clearly the magic was not working again this time around. Hatchbacks were no longer so popular and the masses had moved over to SUVs.

Earlier this year, Hyundai decided to pull the plug once again on Santro and it is a million dollar question if it all make another comeback. Maybe this will happen in the electric space but it is too early to speculate at this point in time.

It was in 2018 when YK Koo, the then MD and CEO of Hyundai Motor India, told this writer that when he took charge, his first task was to get back the Santro whose production had stopped four years earlier. For Koo, this was top priority since he had been involved with the development of the Santro whilst in India over two decades ago.

He was witness to its spectacular success, which in turn paved the way for the Hyundai growth story in this part of the world. It was, therefore, important to get the brand back in India given its strong emotional connect with customers. In January 2016, a month after Koo had taken charge here, Hyundai Motor’s Vice-Chairman had come visiting and that is when the nod to go ahead was given.

“Santro is a very powerful brand and our dealers wanted it back. When we made the decision to build AH2 (as the model was codenamed), everyone was unanimous about it being christened Santro,” said Koo. After all, it represented a huge success story in India and senior people across divisions in Hyundai HQ welcomed the decision.

“Santro is our DNA and we just could not lose our heritage,” he added. The sentiments resonated in the huge initiative online where Hyundai sought name suggestions for the AH2. Of the five lakh-plus entries that came in, over two-thirds opted for Santro. It was more than evident that large chunks of India agreed with what the new MD had in mind.

“For me, this is a particularly emotional moment and I am delighted that we are making a comeback in this space. There is tremendous brand recall for Santro and it has a core value that touches hearts and defines family relationships,” said Koo. The comeback may not have gone according to plan but there is no question that Santro was a critical pillar of the Hyundai success story in India.