Projects currently underway in this technical institute could lead to major indigenisation of systems for electric vehicles and thereby contribute to the Make in India programme. 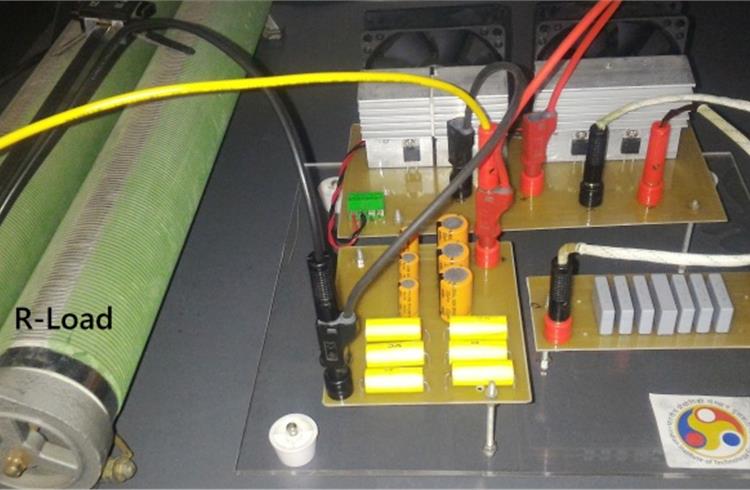 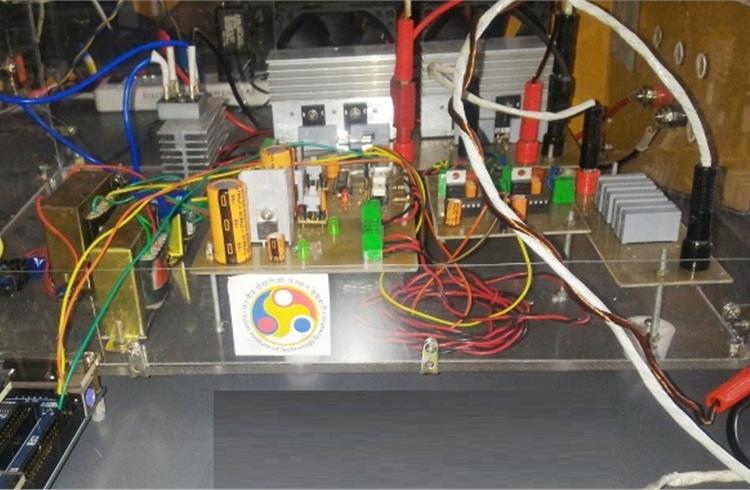 Far away from New Delhi, where the FAME (Faster Adoption and Manufacturing of (Hybrid &) Electric Vehicles  India) policy was framed and announced exactly a year ago, a group of engineers is busy at work at IIT Guwahati on a concept that could give a big leg up to the e-mobility drive in India.

If the project passes all the final tests and the FAME policy gains traction, we will soon be able to travel in electric city buses that get charged automatically at every bus stop. “One of our major projects is inductive charging or contactless charging. This is one technology we are working on quite aggressively,” Dr Praveen Kumar, associate professor, IIT Guwahati, told Autocar Professional.

Commercial vehicles, especially the ones that ply within the city, offer the maximum potential for green technologies to make a positive impact on the environment, more so in the metros where the air quality is worse than in many other places. Not surprising then that Dr Kumar, along with his team, has developed a system for intra-city buses.

Called 'Purta', it is a smart city bus transit system concept that uses on-board super capacitors and a grid connected energy storage system. Instead of taking power directly from the electricity distribution network, this system proposes to use large-capacity batteries installed at bus-stops as indirect sources of power supply. These batteries will charge themselves during off-peak hours when the load on the distribution network is low and will act as charging stations for the buses during peak hours. The concept also proposes installation of solar photo voltaic panels throughout the bus transportation route. This apparently will be able to meet "at least" 30 percent of the power requirement of the transportation system. In addition, the batteries in the bus-stops can also supply power to the grid during peak demand hours.

The super capacitors in the electrical system can store up to about 4kwh. And this level of charge can be achieved in a matter of a “couple of minutes to 4 minutes”. With a single dose of charge in a stop, the bus can travel about three kilometres.

The concept is not only for intra-city buses. Dr Kumar says that it can be carried over to the entire public transport chain, which includes e-rickshaws to reach the bus-stop and to the final destination after alighting from the bus. 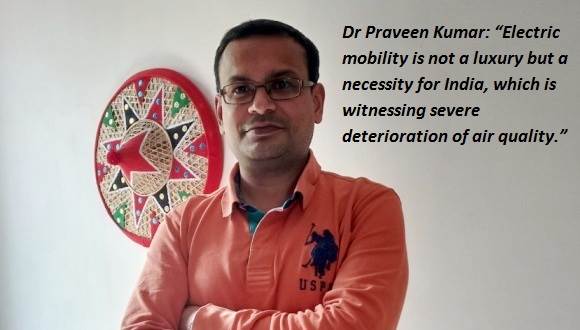 The Purta concept has been under development for four years now. It is part of the effort at IIT Guwahati to develop all systems of an electric vehicle. A control system is also under works that could help EVs to be more efficient. “The uniqueness of this system that we are trying to work on is that it would able to predict the batteries’ state of health more effectively. That’s a very critical parameter,” says Dr Kumar. Once it is done for the battery, it can also be done for the capacitor.

The cost of components and systems has been the biggest hurdle in the way of electric vehicles, as most of them are imported. IIT Guwahati wants to indigenise EV components and systems or find alternate solutions in some cases and also collaborate with other Indian organisations to script a made-in-India EV story.

“All the critical technologies are imported. If we go for domestic design, the cost would be one-third or half of what we are paying now. By at least half in the case of critical components,” says Dr Kumar.

Ankit Dalal and Gautam Rituraj, research scholars who are part of the team, explain that the solution could be to increase the volume of the magnet. The other solution could be a combination of a ferrite magnet and a cage rotor which will induce magnetic field from a stator. The team would be satisfied even if 80-85 percent of the performance of rare earth magnets is achieved. “Even that would be good enough because we are then reducing our imports. Ferrite magnets are manufactured in India. We have the know-how of magnetising them, of handling such magnets. So, that reduces the costs drastically,” says Dr Kumar. The team has been working for the past three years in this area, and is getting close to finalising the design of the motors.

India has proved her frugal engineering prowess on many occasions. the Mangalyaan mission being the best showcase. In the automotive industry too, there are examples like the Tata Nano which caught the attention of the global industry and media. Dr Kumar believes that it is possible to build a prototype of a fully indigenised complete system for EVs, provided there is a combined effort by all stakeholders.

While the above-mentioned projects take shape in IIT Guwahati, it is learnt that the Indian Space Research Organisation (ISRO) has indigenously developed lithium-ion batteries and there are some serious developments on ultra capacitor and super capacitor technology taking place at the Central Mechanical Engineering Research Institute (CMERI), not to mention the R&D efforts in the laboratories of other such institutions, which the electric mobility industry can greatly benefit from. 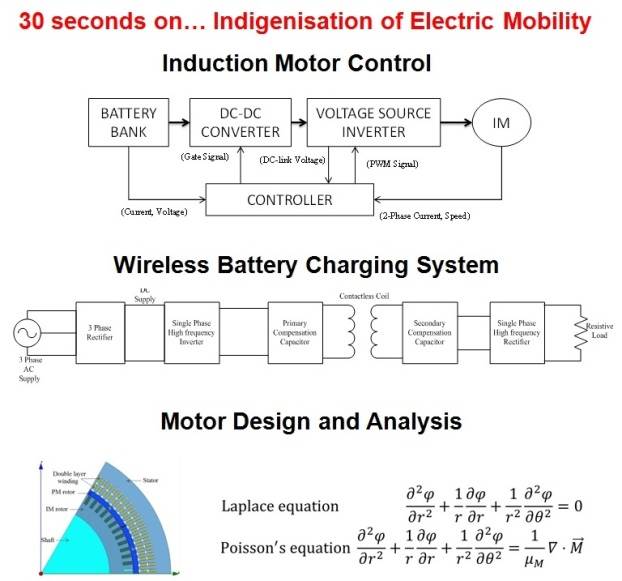 For an industry which is yet to get on its feet, collaboration is key for technology development, growth and sustainability. “If all these technologies are put together, then we will truly have a made-in-India story. Not only that but actually something that is conceived, conceptualised, design and developed in India,” says Dr Kumar.

Participation of vehicle OEMs and suppliers is crucial for the R&D and engineering efforts to move in the right direction. Researchers may be developing certain systems and technologies but some of them are ‘missing’ the complete knowledge of the full electric vehicle. On the other hand, OEMs and suppliers are looking for more cost-effective solutions to grow the market. This is where industry players can help researchers as well as provide support in the prototyping stage as well as in funding research which could yield good returns in the future. 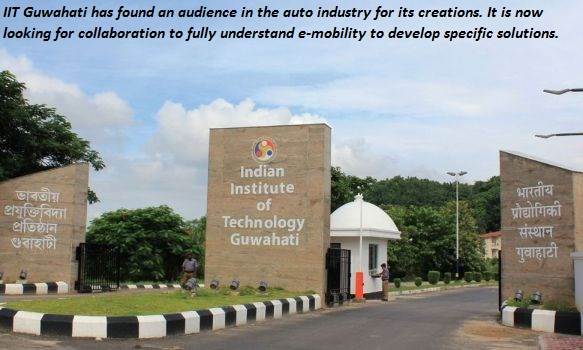 Is India ready for electric vehicles?

Electronics is a key area of interest for Dr Kumar, who has had a stint in an AVL Group company in Germany before joining IIT Guwahati in 2009. Not surprising then that he is playing a key role in the development of technologies that the electric mobility industry would also benefit from. But there is an argument that in a country like India, where electricity is generated mainly at coal-based thermal power plants, electric vehicles do not look a good bet if one looks at the well-to-wheel picture. 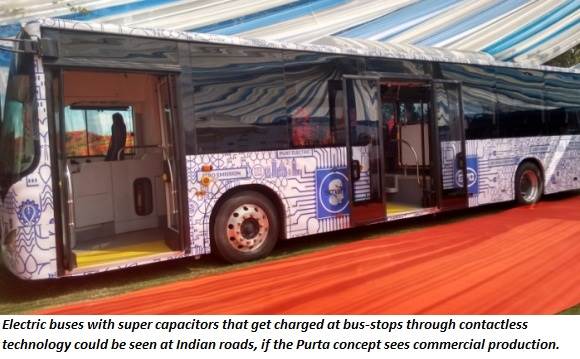 Dr Kumar sees it as a valid argument but also counters it by saying, “Today, the transportation system depends on petroleum products. We produce domestically maybe 20 percent of our demand (of fossil fuels). But if we shift to electricity, we can generate electricity using thermal, nuclear, hydel, wind, gas and solar. All that becomes fuel for a vehicle. So, we diversify the portfolio of fuels that we have to drive a vehicle. That’s a big advantage. Not just efficiency of well-to-wheel but the variety of fuels we can use to drive a vehicle. That’s a big bonus. I think that’s the argument.” The Indian government’s strong focus on developing renewable energy like solar power would also make people like Dr Kumar more hopeful about electric mobility.

As for the ride in a bus with technologies like super capacitors and contactless charging that are currently under development at IIT Guwahati, the day may not be too far away. Some OEMs have expressed interest in them at the Make in India Week held in Mumbai in February 2016.