International Automotive Components, the third largest automotive interior components supplier in the world, is driving a new worker upskilling initiative at its Changshu facility in China. 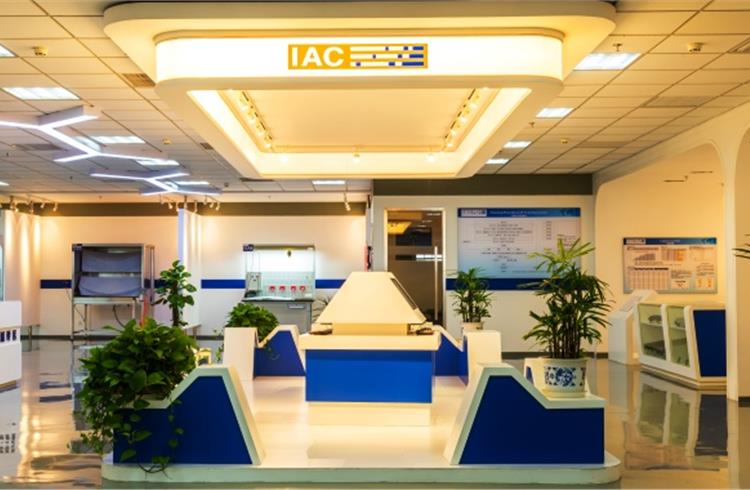 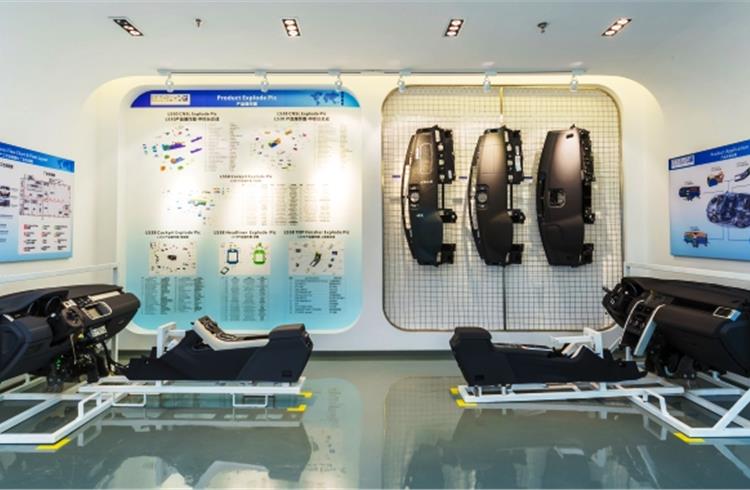 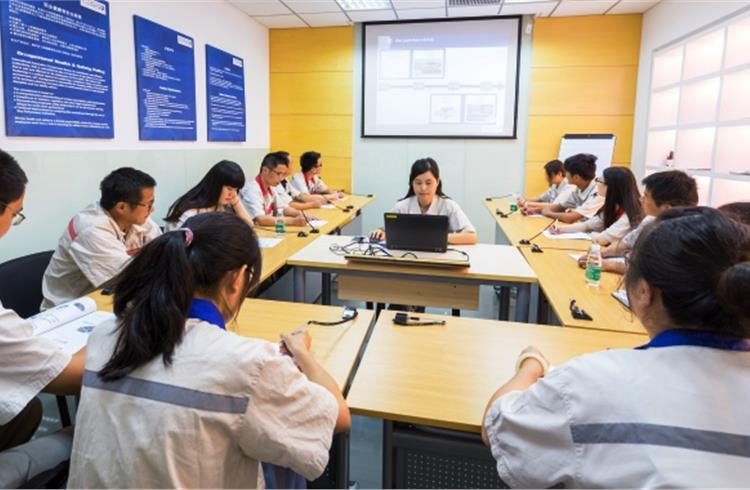 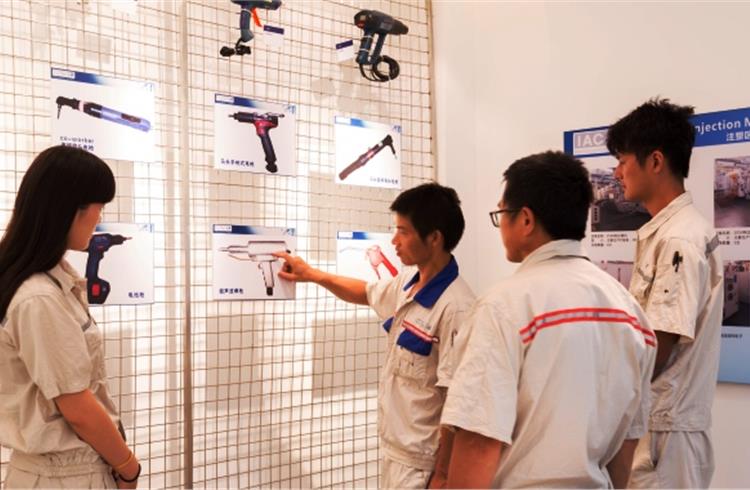 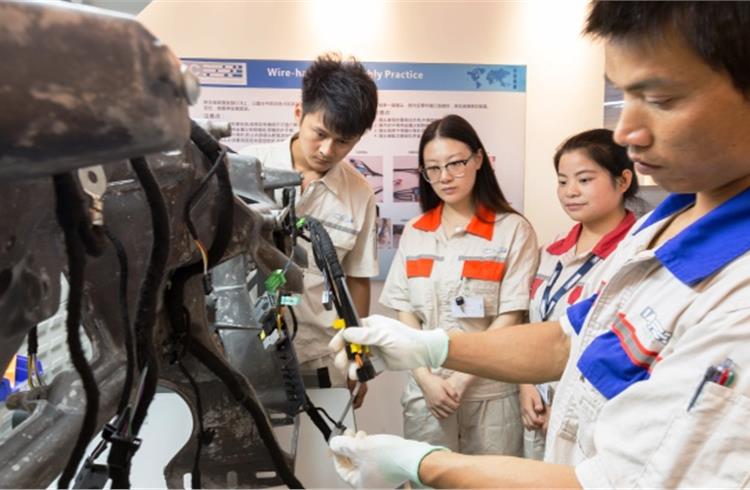 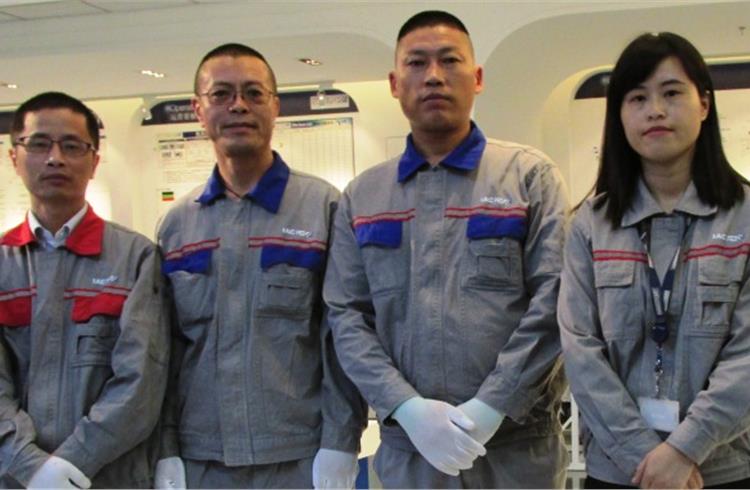 Upskilling of workers at the Changshu plant of International Automotive Components (IAC) in China has become a trigger for spreading this operator and basic worker training culture globally at the company’s various production sites.

It is now being extended to several manufacturing facilities of the company in China and even the Czech Republic has evinced interest in having such a training centre there.

The Changshu facility per se was set up for a new passenger vehicle manufacturer in China in 2014 and makes car interiors like cockpit consoles, IP and headliner assemblies. The plant experienced some teething problems in hiring skilled workers locally as they did not have much industrial experience, having worked mainly in the garment industry in the region. 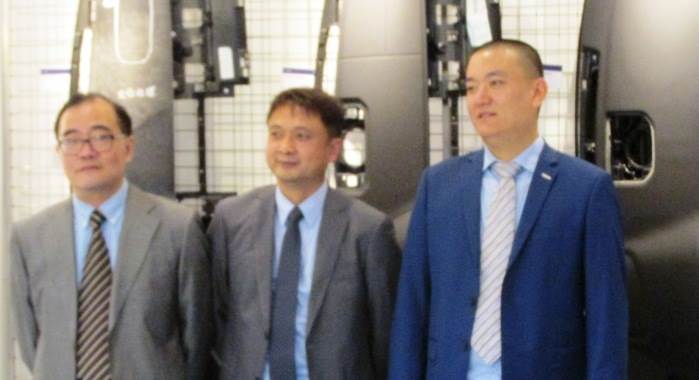 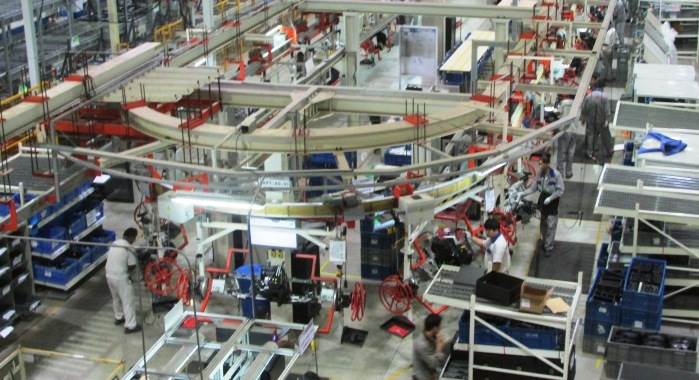 New staffers are provided intensive training with equipment and tools.

Videos on safety principles are also shown to newcomers. A batch of internal trainers provides both theoretical and practical training on completion of which trainees are evaluated on their performance through an online test, a skill matrix and tested on colour and pattern recognition abilities, logical thinking and operational abilities to find the right employee-job match.

In fact when prospective employees apply for the job, they have to undergo screening and evaluation as well as the dexterity test. Basic requirements include a high school education and interest in the manufacturing process.

Most workers at the Changshu plant are in their 20s. Training is also given to existing employees when they are relocated from one station to another and covers various levels – high, middle and primary.

“We have built a technician training system, and formed a unique career skill training mode here. After students complete the process, we are better able to match their best physical and mental performance skills with the type of job they would be best suited at the production line. A group of internal trainers imparts the necessary skills and knowhow in addition to which they are given on- the-job training,” Jeffery Chen, operations director of IAC China and GM of IAC Changshu plant, told Autocar Professional. 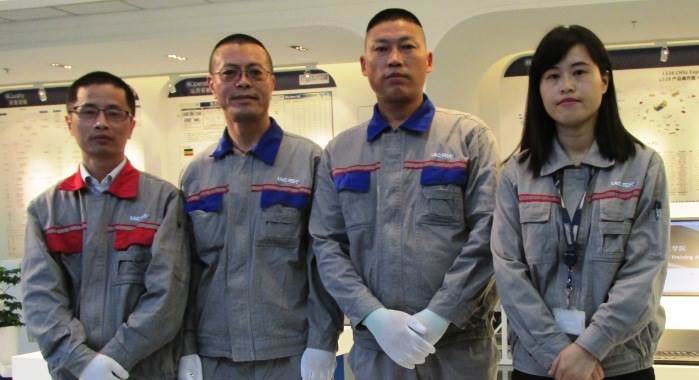 The centre has trained 694 people since inception. After the training, higher productivity has been noted amongst trained workers, which has resulted in reduced takt time for the product.

Chen says that the Changshu training centre has set a new benchmark for IAC, and the company plans to spread this training concept to other locations in China as well as globally. “We have already deployed the same training centre at our Hangzhou plant. Chongqing is also building one and will start operations next month. We will then move to other facilities like those in Wuhan and Beijing,” he says.

The Changshu plant employs 300 employees and 20 trainees are currently undergoing training. The gender ratio in the facility is tilted 70 percent in favour of males at present with the balance being women workers primarily in assembly and wrapping stations.

A few of the trainers Autocar Professional spoke to on a recent visit to the training centre say that a regular error that a worker makes is missing small components, or forgetting to install sensors and cameras in the product.

The main products that the workers here are undergoing training on are the Chery Land Rover Discovery Sport as well as the Range Rover Evoque. Detailed templates on the walls indicate what they have to work on daily.

The Changshu facility has a production capacity of 150,000 cockpit consoles per annum. The workers say, on completion of the training program, they feel more confident and the takt time reduces by 90 seconds at each station. With such incremental benefits accruing, little wonder that the IAC Group is looking to export it. 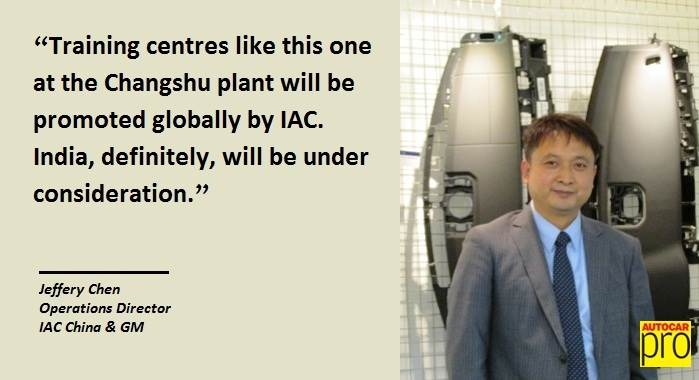 Can you elaborate on the roadmap for IAC in China?

The Chinese operations began in 2007. At the time, we had only two plants and our main customer was General Motors. During the past nine years, the total number of facilities increased to 14 in China. Our customers also increased and include Mercedes-Benz, Jaguar Land Rover, Ford and some local OEMs. Overall revenues also shot up from $28 million in 2007 to around $ 300 million this year.

We are hoping to get new orders for cockpit consoles for the next two vehicles from Chery JLR and keep growing together with our customers.

The car interior business is a pretty mature and traditional industry, with a lot of processes depending on the end user and customer direction. We have almost all the technology to produce the interior parts here. In case the customer has a different choice, we can provide that as well.

How does the China industry in interior parts compare with India's industry?

Both China and India are very important for IAC’s future growth. So our management also takes a lot of effort to invest in both countries. Currently, the Indian market is comparatively smaller than the Chinese market which has over 22 million vehicles. Right now India is, I think, 3.4 million vehicles per year, so India still has a lot of potential to move up the value chain. The Indian market currently has a high percentage of passenger vehicles that are at the entry level, so the potential to grow faster will be very high. I think India will grow pretty fast.

Will you be setting up a training centre in India as well?

This centre will be promoted globally step by step. India, definitely, will be under consideration.

How do you plan to interchange training faculty across IAC's global locations?

We are still working on the global training and development part. In China, we have a training centre that is more focused on operators and basic level training, including effecting efficiencies. Workers are aligned with and based on that. I see another inter-city training concept. Globally, IAC has a lot of training programmes and we are working with the corporate HR teams to introduce those programmes in China for technicians and engineers. We are also looking at dealership development and we are working closely with IAC globally on this.

How are labour costs and worker productivity in China?

Right now the labour force in China is facing quite a few challenges — for instance, labour cost increase. Sometimes we face labour shortages, considering the last 30 years of the labour policy. Also, the younger generation in the labour force has to be managed in a much better way in terms of attitude. Salary becomes the second priority of the new generation and more are looking at a long-term regular work based on their interests. While their parents are mainly focused on salaries, perks and benefits, the young labour force wants a different lifestyle. 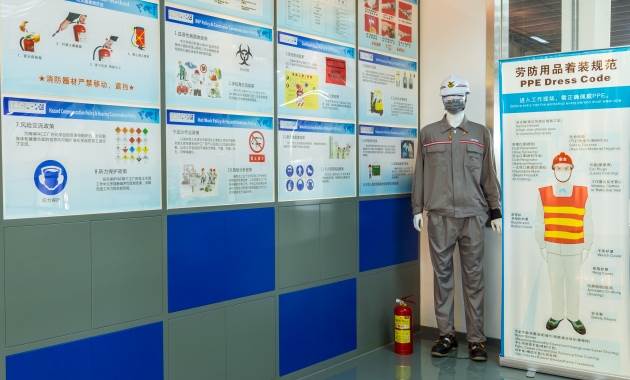 Detailed worker orientation using visual charts helps trainees get familiar with manufacturing practices as well as the mandatory safety norms in the factory.

The labour cost also ranges from product to product as well as region to region. For example, Changshu is located close to Shanghai or falls under eastern China, so costs will be higher than other areas. Lower costs prevail in the middle and western parts of the country as the industry there is not mature and some industries are still moving there. But in general, labour cost is higher in China compared to India. Each year, we have a base wage increase of 8-10 percent.

Does the Changshu plant export products from here?

Exports to Brazil were considered as JLR also has an assembly facility there but the long journey and shipping costs of exporting cockpits and big assembly parts outside China was not viable. However, we do export some small sub-components to IAC’s UK facility.

Are any sub-assembly parts also exported to India?

We have global supplies for the Chery Land Rover Discovery Sports SUV. While they are not directly shipped to India, we export sub-assemblies to the UK and IAC UK ships CKD parts to India. Yes, there are some parts for cockpit consoles going to India.

What are your future growth plans and are you looking to cater to the truck segment?

Yes, that is the focus. We have all kinds of valuable technologies to implement and again the technology that we choose can only be advised by our OEM customer. For example, a customer wants to use natural fibre material technology. Though we have our own technology ready but the right to choose what technology to use will be taken by the customer.

The current material is polypropylene and plastics and it is gradually moving towards natural fibre in order to become more lightweight and environment friendly. Globally, we already have this technology and it may also come to China but I cannot say which technology will be used.