Hyundai banks on N Line formula to woo i20 buyers

i20 N Line model gets performance-oriented tweaks to draw enthusiasts in the premium hatchback category. 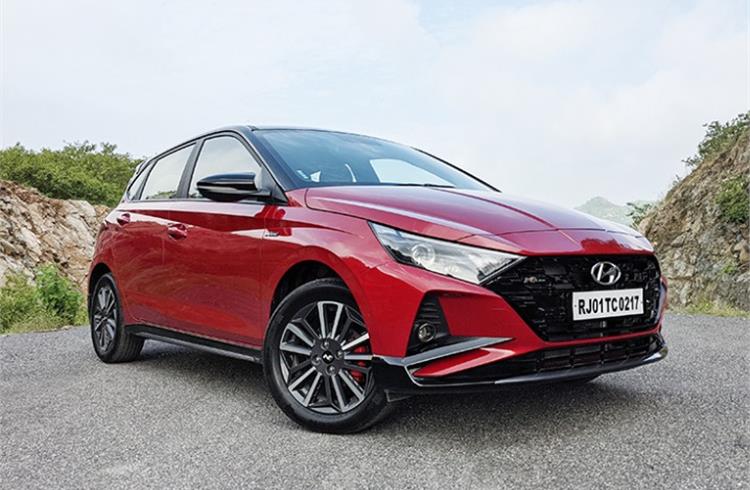 Snazzy i20 N Line aimed at young buyers who aspire for latest in technology and design. 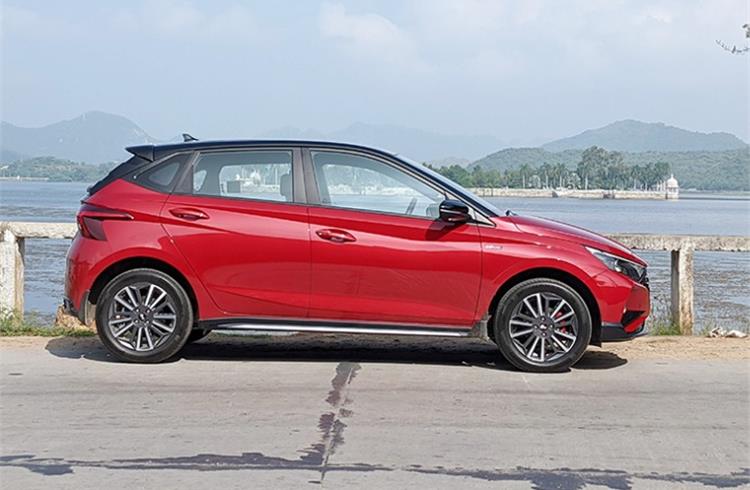 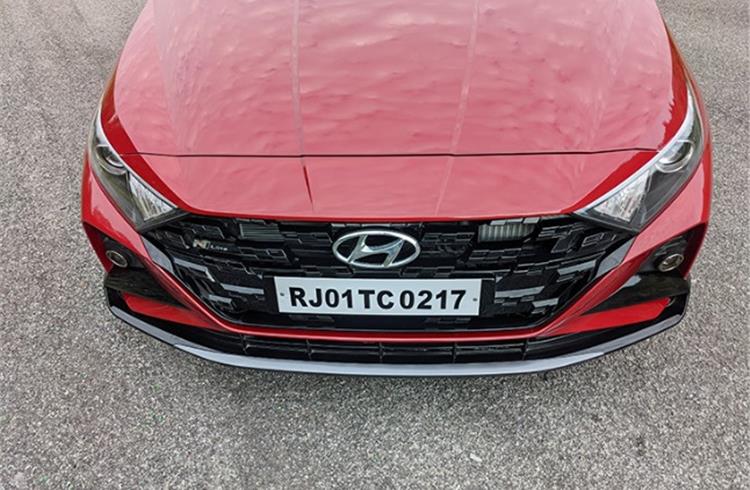 Chequered-flag grille with N Line badge and contrasting grey lip on the bumper. 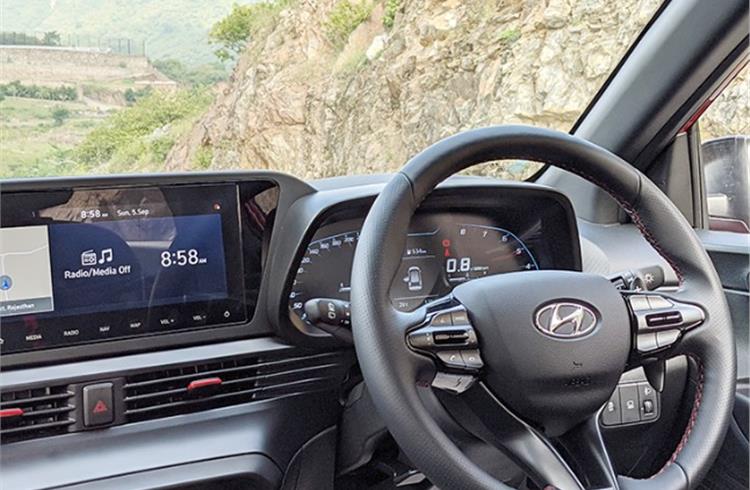 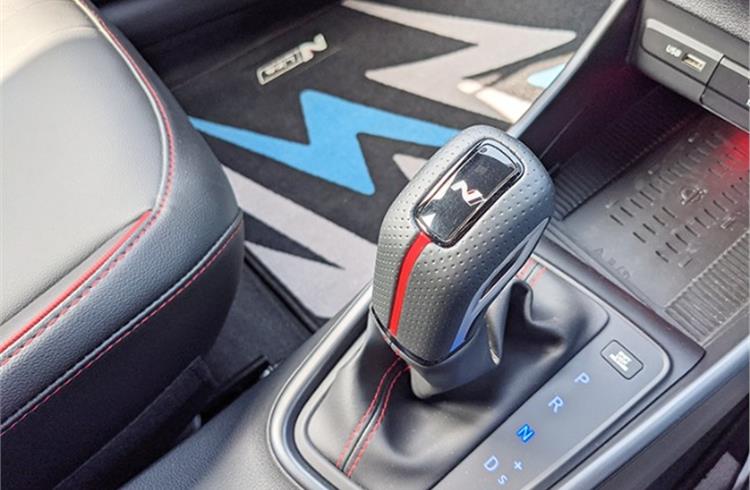 Gear shift selector also gets N embellishments to sync with the cabin theme. 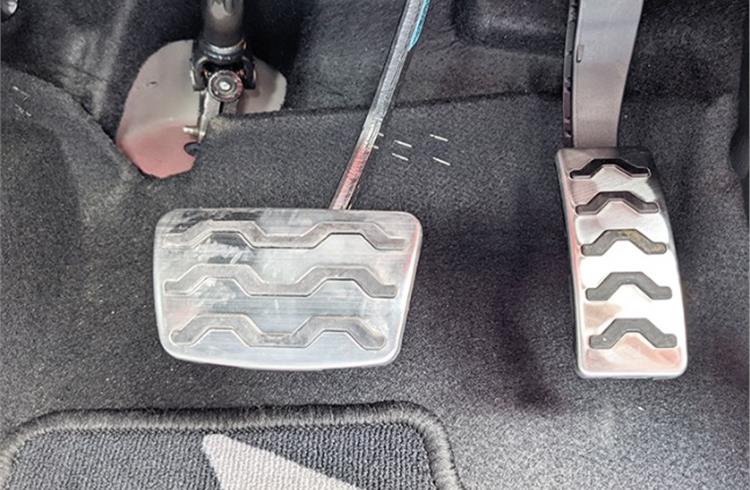 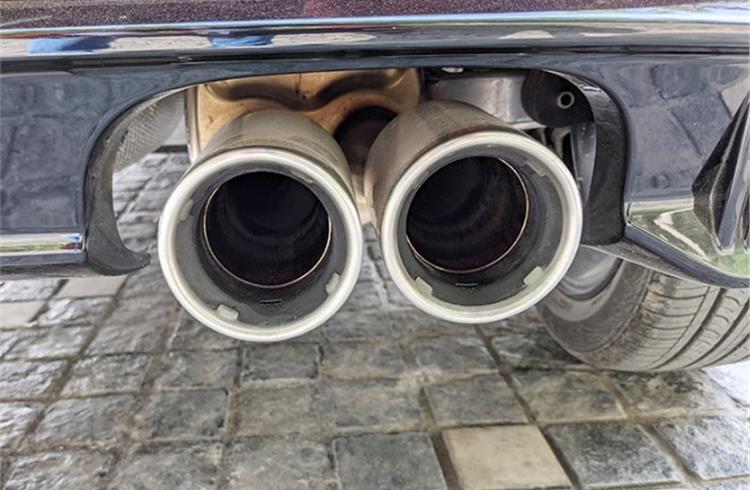 For that sound of music . . . dual-tip exhaust tuned for growly note while being within regulatory limits.

On September 2, Hyundai Motor India launched the i20 N Line version of the premium 120 hatchback, making the car distinct and stand out from the regular third-generation model on sale in the Indian market since November 2020.

While the third-generation i20 had already taken the game in the premium hatchback category several notches higher, Hyundai is banking on the N Line formula to woo the enthusiast and rev up the action in the segment.

It may be recollected that Hyundai i20 pioneered the premium hatchback category in India’s passenger vehicle segment in 2008, with cars such as the Honda Jazz and Maruti Suzuki Baleno later entering the segment.

Over the past seven years since its second-generation was launched in FY2015, the i20 has sold over 800,000 units in India. With the new i20 N Line, Hyundai is targeting specifically the young buyer who has come to ask for more technology and performance from his or her car.

According to Tarun Garg, director, Sales, Marketing and Service, Hyundai Motor India, “The growing trend among young buyers to acquire latest in technology, and top trims majorly contributing to sales of i20 with strong demand for accessories are the key driving factors for Hyundai to introduce the i20 N Line in India.”

It’s got the looks
The i20 N Line gets distinctive touches on the outside to enhance its sportier looks, with the dual-tone 16-inch diamond-cut alloy wheels being the key differentiating element from the regular i20. The chequered-flag inspired grille with the N Line logo and contrasting grey finishing on the bumper and side-skirts, as well as N Line badges of the fender and boot, are the other tell-talesigns. 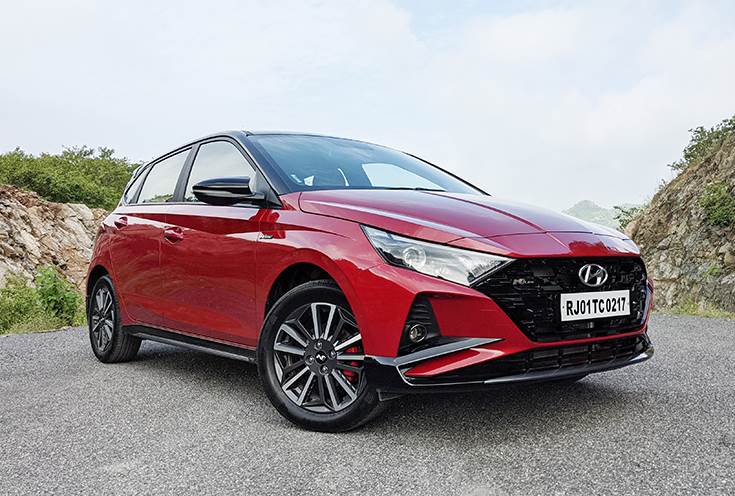 The other big sportier inclusion is the dual-tip exhaust, which works more than just being an aesthetic add-on, and gets a retuned muffler to offer a throaty exhaust note. Hyundai, however, has kept the decibel levels low in order to meet the stringent homologation requirements. The dual-tone black-and-red paint shade on the test car with us,as well as the glossy-black treatment on the lower half of the bumpers and wing mirrors add to the appealing look. 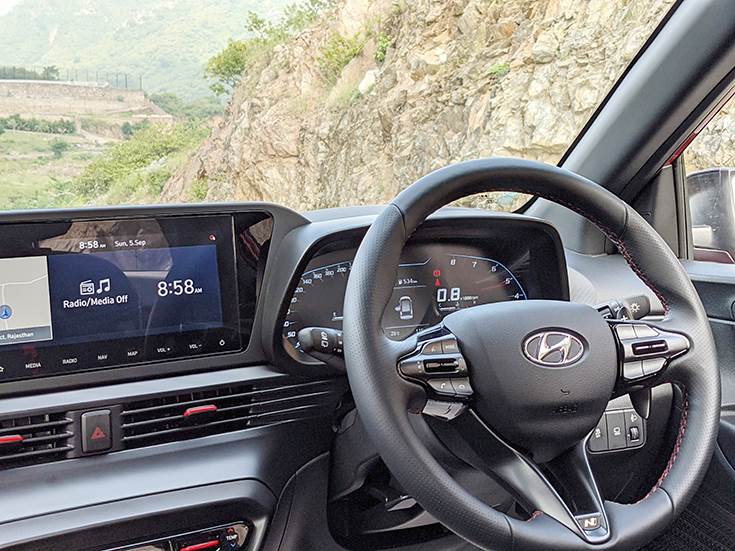 On the inside, the N Line’s cabin is marked by a three-spoke steering wheel with an N badge at the bottom, and paddle-shifters mounted at the back. The red stitching and high-quality steering control buttons on this imported wheel feel premium to use. The theme is continued to the gear selector as well, which also sports an N badge.

The seats, on the other hand, are finished in black faux leather with a chequered flag design and red stitching. Red ambient lighting and an all-black cabin theme do aid to the enthusiastic appeal, while the aluminium treatment to the accelerator and brake pedals also lends a sporty touch.

Driving dynamics
Unlike the full-blown ‘N’ cars, where N is derived from Hyundai’s R&D centre located in Namyang, South Korea, and the Nurburgring race track in Germany, where these cars are honed, the N Line is a more subtle attempt by Hyundai to offer a balance of looks and performance to customers for ease of day-to-day driving.

Barring the changes to the exhaust note, all-four-disc brakes, and stiffening of the suspension and steering, the i20 N Line remains mechanically identical to the standard car. It is only offered with the 120hp, 1.0-litre, three-cylinder turbocharged petrol engine, either with a -7-speed DCT or 6-speed iMT – Hyundai’s clutch-less manual transmission.

While performance from this engine is excellent, enthusiasts would have liked more, considering the positioning of the hatchback. The weighted steering wheel and taut suspension, however, endow their advantage to the driving characteristics, and the N Line feels more confident around corners and at high speeds than the standard car. 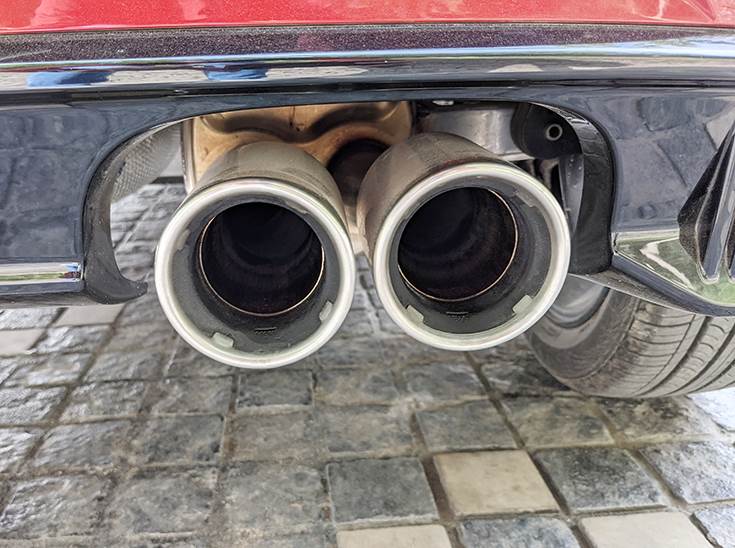 At slow or city speeds, the muted exhaust note is enjoyable to the occupants inside and those outside the car, noticing it as well.

The i20 N Line is priced at Rs 984,000 ex-showroom, Delhi for the iMT variant and goes up to Rs 1,175,000 for the top-end DCT trim. At a premium of Rs 50,000 over the regular i20’s top-end DCT variant, Hyundai has tried to offer more perceived value to the customer. While the N Line might not be a no-stone-unturned effort at reviving the performance-hatchback segment, it is one which has taken into consideration a wider set of audience that would enable Hyundai to pull more buyers into this category, to chart a roadmap to bring more such products in the future.

The sportier version of the i20 will be sold from 188 Signature dealerships across India.