Gujarat all charged up

With a key investment by Suzuki of Japan and Tata Motors’ buyout of Ford’s plant, the state is clear that it wants to be an automotive powerhouse. 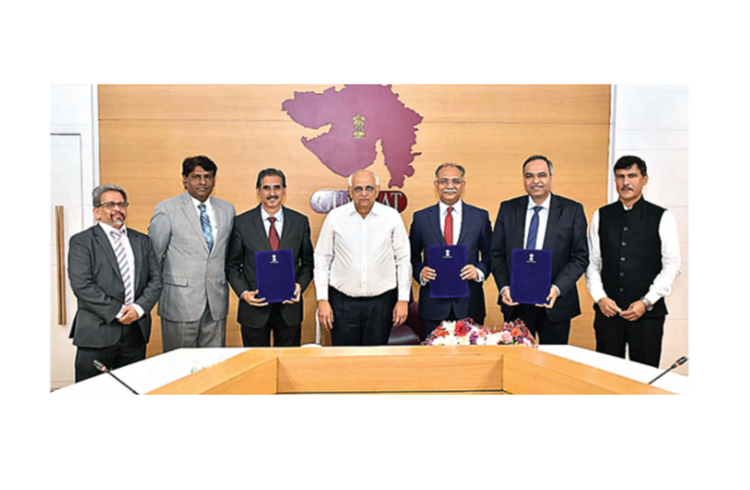 Gujarat was in the news lately when Tata Motors, a key contender, finally signed an MoU to take over Ford’s Sanand plant. Just over a year ago, the American company had announced its intentions to wind up its India operations and quite naturally, there was an air of uncertainty given the number of jobs at stake — estimated at least 6,000 in Sanand alone — and the many indirect jobs that were created. With Tata’s snapping up the plant, which is considered among India’s most automated, there is a sigh of relief for the workers. The fact that the plant will continue to operate is good news for the state’s larger manufacturing eco-system.

Gujarat is considered one of India’s most industrialised states competing in a sense with its neighbour Maharashtra and further south, Tamil Nadu. Unlike its neighbour, Gujarat initially did not have the big automotive names that now dot areas such as Sanand, a suburb of Ahmedabad which over a decade ago was a non-descript area. All that changed when the state’s leadership was able to get the Tatas to set up a facility to make the Nano.

The Nano was a prestigious project for Tata and at its peak, 4,000 were employed. But things did not work as per plan. However, the project enabled the state to make a strong pitch as an automotive hub bolstered as it was by its overall business-friendly environment. Since 2008 when the Nano came calling, some of biggest names have made a beeline for the state which did have a vibrant auto-component manufacturing set up. After Tata, Ford Motor Company set up a unit to make its new Aspire, and a few years later, MG Motor India acquired the Halol plant further south when the GM decided to call it quits as far as its India innings was concerned.

Along the way, Suzuki Motor Corporation decided to set up a pure manufacturing unit, with a paid-up capital of Rs 100 crore, for its Indian JV, Maruti Suzuki and today, vehicles like the Dzire and the Baleno are made here. The company’s total production capacity over three plants can roll out 750,000 units. The plant makes vehicles for both the Indian and export markets, while the India JV handles the sales and marketing functions.

In April, SMC announced its intention to invest Rs 10,444 crore in the state for the making of electric vehicles and batteries, which in a sense is another vote of confidence in Gujarat. With this major investment, it is now aiming to establishing itself as a hub for the production of electric vehicles. Every major investment by an OEM brings in investments in the eco-system, and in the years to come, the state could see companies setting up base here to make batteries, charging infrastructure as well components for the EV sector as whole.

In the two-wheeler space, Honda Motorcycle & Scooter, established its fourth India facility at Vitahalpur on the outskirts of Ahmedabad and it too has deepened its involvement with its engine plant beginning operations last year. With a capacity of 50,000 units, the plant will manufacture engines that will power Honda’s 250cc and above category two-wheelers and will cater to the Japanese company’s demand from other key global markets such as Thailand, Canada, Europe, Japan, Australia, and Gulf nations, among others.

As a business destination, Gujarat scores on its roads network as its ports. It has one of the most extensive and traffic intensive road network, estimated at 74,500 km. This can broadly be divided into a core and a non-core network in which the core network comprises of the National Highways and around 6000 kms of state highways, while the balance comprises Major District Roads, Other District Roads and Village Roads. The state’s road density at around 38 km per 100 sq km, and 146 km per lakh of population that are broadly comparable to 43 km and 126 km for India.

In a few years from now, the government’s much talked about first bullet train between Ahmedabad and Mumbai will begin its service. Media reportssuggest that 90 percent of the total land required for the ambitious Ahmedabad-Mumbai bullet train project spread across Gujarat, Maharashtra and the Union Territory of Dadra and Nagar Haveli has been acquired. The fact is that the project’s implementation has been delayed due to land acquisition and compensation issues. The project's implementing agency NHSRCL has said the first train could start running between Surat and Bilimoria (which is not the full route) in the state in 2026. That will be sweet music to companies setting up base here for the future.

Also read
Gujarat pulls it off yet again