How a gaming design firm is helping OEMs in skilling workforce 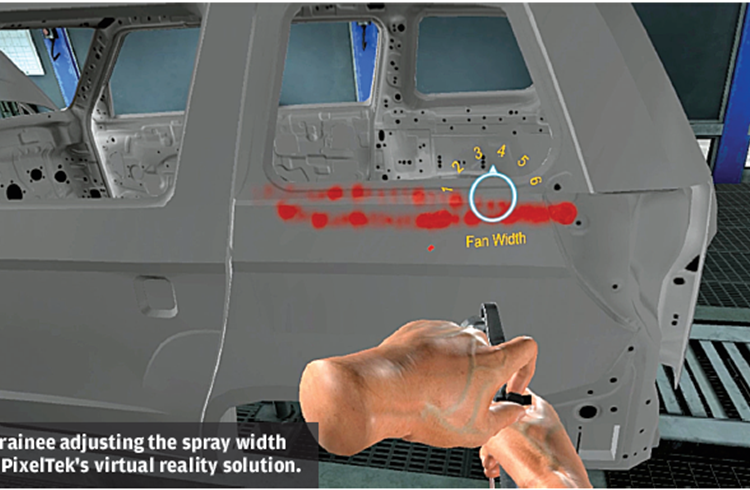 Virtual reality (VR), which has been around since over two decades, is increasingly making an impact in the world of automobiles. VR has been a true-blue game-changer for the automotive industry, particularly in developed markets. Cutting down on the need for costly real estate, tools like VR headsets are enabling automakers to showcase the latest models and their expansive portfolio to customers at their convenience – at home, office or even on a sidewalk. This, with optional configurations aplenty.

VR is also an integral part of the gaming world, facilitating a mind-boggling array of graphics designed to entrance a user. Mumbai-based, gaming designing studio PixelTek is today establishing a growing connect with automotive. Set up in 2004, the company began providing 3D modeling and graphics to gaming studios.

PixtelTek’s journey, which began 13 years ago, saw the company use its expertise in designing when it first utilised its core capability to deliver its first VR experience game, Flymax (A VR Gliding  game experience) for Smaaash – a gaming and entertainment centre with an all-India network.

The design studio, which had experience in building 3D models of over 20 official realistic cars for iracing.com, a US-based motorsport racing simulation gaming company, saw interest from automotive companies to explore the possibility of incorporating VR and simulation in their production facilities. 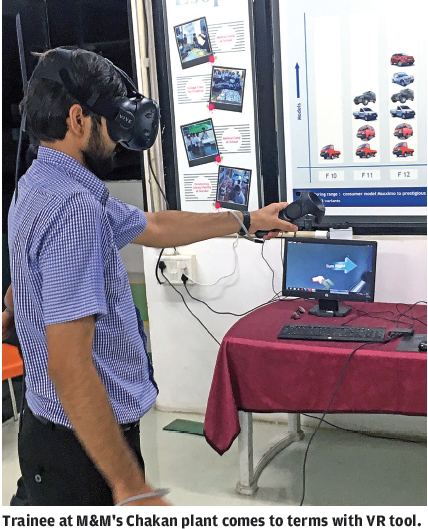 The game designing studio has since then forayed into simulation, VR and has recently designed a VR simulation solution for Mahindra & Mahindra to train the company’s vehicle paint job workforce. It was in 2015 that PixelTek was first contacted by Mahindra & Mahindra. The automobile major wanted to explore new technology that would train its workforce more efficiently while reducing wastage of resources. The initial approach led to the design studio initiating different concepts that could possibly be utilised in the training process.

In January 2016, the company came out with a proof of concept and by July 2016 the official contract was signed between the design studio and M&M. The first batch of solution was deployed at the automaker’s Chakan, Pune plant in March 2017, and since then the solution has been used not only to train new recruits but also for refresher courses that help enhance skills of its existing workforce.

The user is equipped with a VR headset which displays a virtual shopfloor where he/she is guided to pick up the paint spray gun and make his/her way towards the virtual vehicle.

Using the hand-held controller, the worker is guided to select the appropriate spray width and the ideal distance from which he/she needs to spray to get an accurate optimal output. 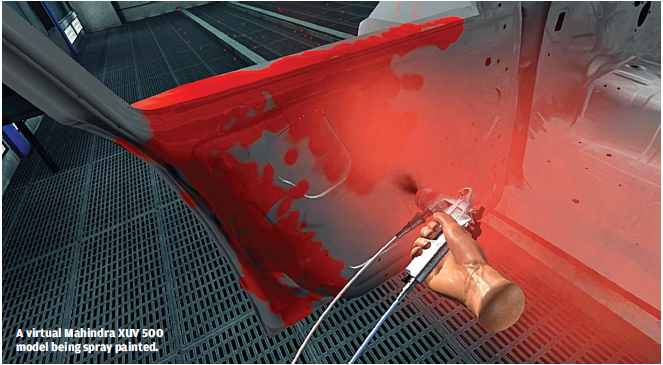 The VR solution, supplied by PixelTek, not only skills and trains the automaker's new workforce for the paint job, helping improve their accuracy and precision, but also reduces the wastage that comes about due to the typical technical errors prevailing in the traditional training space.

Due to the VR solution being a step-by-step process, the trainer gets complete details regarding the progress of the users along with their core competency and weaknesses, mistakes and total coverage. As a result of being easily customisable, the content can be updated as per the requirement of the organisation. In this case, M&M's feedback to PixelTek.

As the VR solution is portable enough to be set up in a small office space, this also helps in reducing the infrastructure requirement along with cutting down costs of painting, repainting and wastage of raw material. 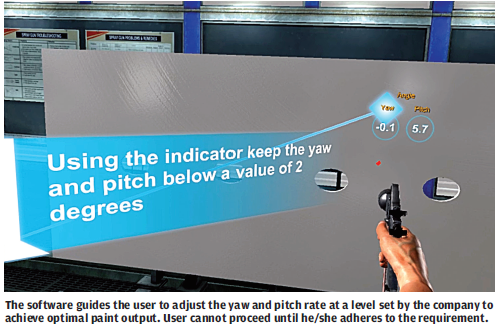 "We at Mahindra Vehicle Manufacturers Ltd, Chakan are extremely happy to associate with PixelTek to come up with this innovative virtual reality training tool, Pixelspray VR. We are proud of the fact that this is a first of its kind of innovation implemented in shopfloor training, and we believe that it can be expanded for multipurpose industrial uses. We have so far put about 35 percent of our painters through the program and are extremely pleased with the results; even experienced shopfloor painters are finding it useful. We are confident that this is going to result in significant savings by reducing defects. We have had no hesitation in recommending adoption of this technology within our group companies and to other related Industries,” says Anant M Khond, head of deparment, Paint Shop, Mahindra Vehicle Manufacturing, Chakan, Pune. 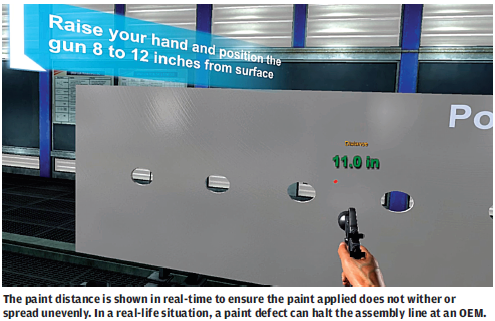 ADAPTATION OF VR ON THE SHOPFLOOR

Speaking to Autocar Professional, Vitek Goyel, CEO, PixelTek Gaming Solutions, says, “While it is difficult to convince and influence mindsets for investing their time and money on new technology, there is a huge scope for incorporating VR training into the manufacturing space. This can enhance workforce skills for different applications like welding, assembly, maintenance, among others, without wastage of resources along with reducing overall costs.”

The company says it has received a lot of enquiries from various companies for using its VR tools.

As per Goyel, the company’s revenue through its VR division has grown from five percent in 2015 to 50 percent in 2016- 17. He further believes that the potential for VR applications is still in its nascent stage and there is huge potential to be reaped in the real world.

(This article was first published in the September 15, 2017 print edition of Autocar Professional)