From Padova to Pune: how Carraro Group’s India bet has paid off

The Padova, Italy-based  Carraro Group, which manufactures everything from the smallest gear through to complete tractors, sees 17 percent of its 588 million euro global turnover, come from India. 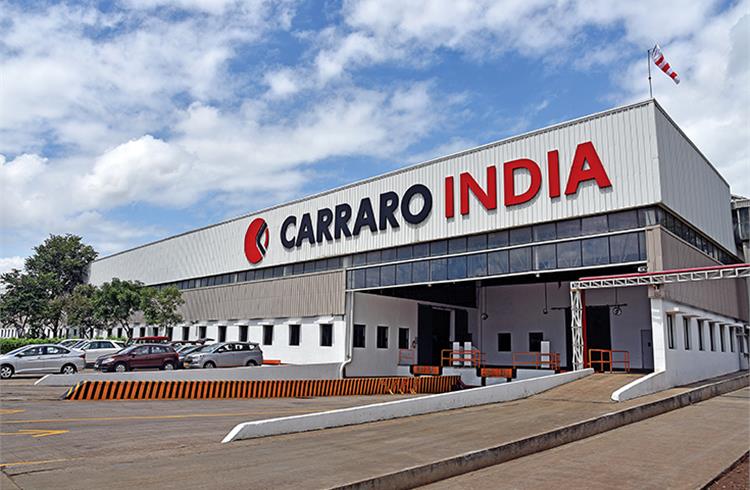 You can’t be forever young but you can be young at heart — and a risk-taker too. That’s just what Mario Carraro, the founder of the Italy’s tractor components-making Carraro Group, exemplifies. Twenty years ago, when he was 70, which is when most people are enjoying their retirement, the astute businessman from the industrial township of Padova, the oldest city in northern Italy, took a calculated decision to diversify manufacturing operations to Pune, in western India, all of 6,377 kilometres away. It helped that India, in the early 1990s, had opened up its economy to Foreign Direct Investment (FDI).

Mario’s move has paid off handsomely for the Carraro Group as Carraro India today contributes a substantial 17 percent — estimated at over 100 million euros (Rs 793 crore) — to the Group’s annual turnover. Today, Carraro is the sole global player able to provide complete solutions for specialised agricultural tractors, drivelines and components for agricultural and construction machinery, and its India operations play a key role in helping it achieve and sustain that status. 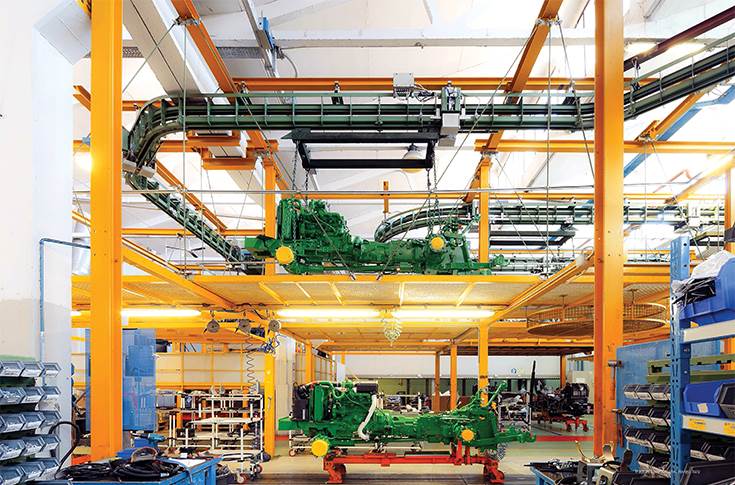 Mario, who visited India in end-September to celebrate 20 years of the Carro Group’s India innings and also to inaugurate a new production area that will complement the existing one in the Ranjangaon, Pune facility, spoke exclusively to Autocar Professional on his big bet on make in India (before that mantra became famous) which has paid off in spades and counting.

Tractoring into the future and into India
The year 1997 was a seminal one and among the highlights were the release of the movie Titanic, the launch of the first Harry Potter book, and also an earthquake, on the 5.7 Richter scale, in Umbria and Marche regions of Italy, which caused extensive damage. It was also the year, when Mario took the first steps towards his passage to India, signing a 51 percent joint venture agreement with Escorts Ltd, one of India’s leading industrial groups with business interests spanning multiple sectors including agricultural tractors and construction equipment. A year later, Carraro’s India plant at Ranjangaon was up and ready and by 1999 was rolling out axles and transmissions for tractors and agricultural equipment for OEMs, both in India and overseas markets.

To be sure, Carraro’s entry into India was not a sudden move but a well-thought-out one with Mario marshalling his networking skills to understand the dynamic Indian market and the opportunities it offered. Things happened to take the fast lane in 1997 when T Votta, the then managing director of the Group, visited India on a vacation. During her stay, Votta met some of the leading Indian tractor manufacturers including Mumbai-headquartered Mahindra & Mahindra, Escorts Ltd as well as TAFE (Tractors and Farm Equipment, Chennai). Following talks with all these OEMs, the Carraro management zeroed in on Escorts for its maiden venture in India. “Business contacts established back in the early 1990s led to the decision to start operations in this country (India), operations that would prove to be strongly interesting, both for local tractor production and for our supply operations in Italy,” reminisces Mario, while speaking at the 20th-anniversary celebrations at the company plant on September 27, 2019, an event which drew all its component suppliers and business partners. 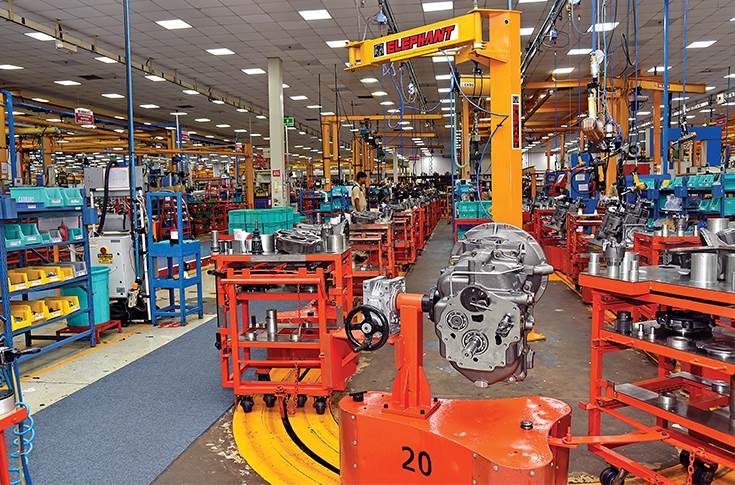 Pune became the first city in India to be home to a Carraro factory. Production of axles and transmissions for agricultural applications began for both domestic and exports.

It is pertinent to note that Carraro’s entry in India coincided with the country becoming a challenger tractor manufacturing market, with annual production exceeding 255,000 units and the national tractor population passing the two-million units mark. It was also a time when competition had intensified in the tractor segment, with the entry of around half-a-dozen new players. Meanwhile, due to changing global market dynamics and geopolitics, the tractor industry, particularly in Europe and developed markets, had begun to witness the green shoots of the manufacturing shift to Asian economies, particularly China. Around this time, the Carraro Group had begun to feel the heat of global manufacturing competition, albeit marginally, as the country’s manufacturing economy was feeling the strain from nimble competitors in Asia.

The competitive 1990s were a rude awakening compared to the seamless growth the Group had witnessed in the 1970s and 1980s. It is during those two decades that Carraro witnessed a spurt in growth with the development of core business activities and the progressive decentralisation of production. In 1973, the company expanded its product portfolio, developing business of the ‘axles and drives’ division, specialising in the design and construction of axles and drives for agricultural tractors and earth-moving machines. In the years that followed, the activities associated with this division developed into the company's core business. It was so successful that by 1985, Carraro had become the world leader in the market, with over 100,000 axles sold per annum. 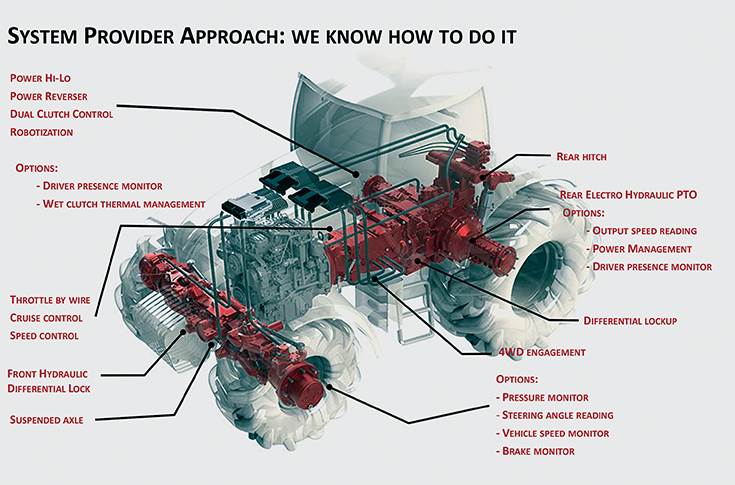 Technology cross-fertilisation seen in the form of the Carraro Group's system provider approach.

Recognising that it would be futile to rely on growth emanating from its single Italian plant, which was set up in 1932, the Group embarked on a global growth strategy — an approach now commonly referred to as ‘glocal’ in business parlance: Think Globally, Act Locally. The first country it set its eyes upon was India, with the plant coming up in 1998. New production plants subsequently came up in Argentina (2000), China (2004), Brazil (2015), Poland (0000), United States (0000) and Germany (0000). To ensure R&D was in place to drive its future products factory, Carraro also set up engineering centres in Italy, Argentina, China and India.

Mario says, right from the beginning, his focus was to improve the quality of the production in India and therefore focused on embedded automatisation as the core of his company’s functioning. “What we are producing now, if you have to produce the same thing with the technology available 20 years ago, then instead of having 1,500 employees, we would have needed 5,000,” he remarks. 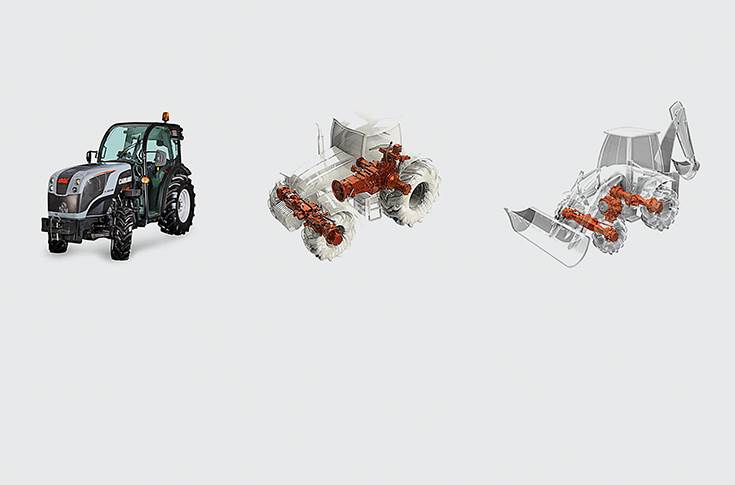 Carraro is the sole global player able to provide complete solutions for specialised agricultural tractors, drivelines and components for agricultural and construction machinery.

Carraro India, which began operations at a single plant with 88 workers, now has 1,485 personnel in India, many of whom reside in nearby locations like Pune, Ahmednagar and Satara. While Mario takes pride in the fact that Carraro’s business expansion into India has helped provide job opportunities for locals, his aim now is to bring more women into the system; they currently account for a mere 3 percent of the total employee count. In contrast, the Group’s Italian business has a better gender parity with women constituting around 15 percent of the workforce. 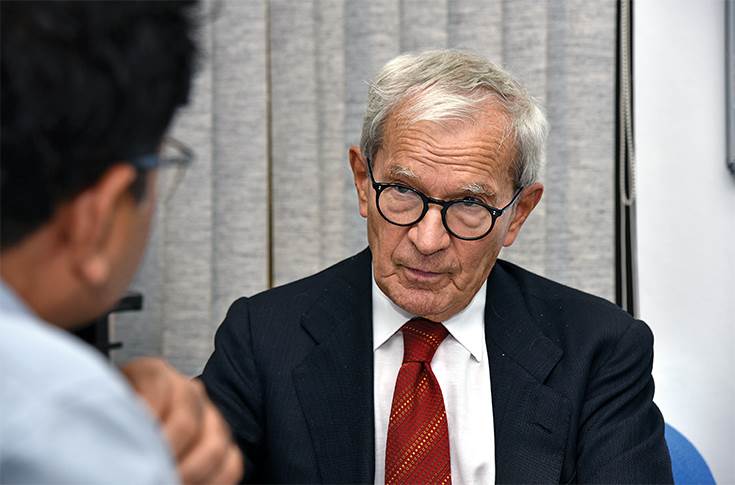 Mario reveals that, in its early years in India, the company had to contend with the problem of paucity of skilled labour. Offering an insight to the internal complexities which prevailed during the launch of Indian operations, he recalls how the made-in-Pune tractor drivelines initially met a certain “justified” resistance in Italy, as their quality level was considered “too low” by European standards. This led to the management undertaking intensive training activities, facilitated by reasonably high level of schooling set as a mandatory requirement for hiring. “It was my personal task back then to build a more open and amicable relationship of cooperation between Italian and Indian people, which soon eased the process to improvement,” points out the nonagenarian.

The second phase
Recognising the considerable growth potential that India’s fast-expanding economy offered with the start of new millennium, Mario decided to set up a second plant in the same area in 2005, this one specialising in gears and components. Further, as a confirmation of the centrality of the Indian market, in 2006 Carraro developed important projects to expand its activities. This was led by the acquisition of the entire capital of Carraro India (from Escorts Ltd) and subsequently the creation of Carraro Technologies India, and a new R&D centre in Pune, dedicated to the study and design of new products. The latest infrastructure move is the laying of the foundation stone on September 27 for a new production area that will complement the existing two manufacturing plants. It is slated to turn operational in 2021.

Mario’s big bet on India has paid handsome dividends — in 2018, Indian operations made up more than 17 percent of Carraro Group’s overall global operations, generating a turnover in excess of 100 million euros (Rs 793 crore). The company has thus far invested around 101 million euros (Rs 801 crore) and plans to infuse another 20 million euros (Rs 158 crore) over the next three years. This new investment will go towards upgrading its operations and expanding its two plants, which will help expand its Indian product portfolio by 50 percent. 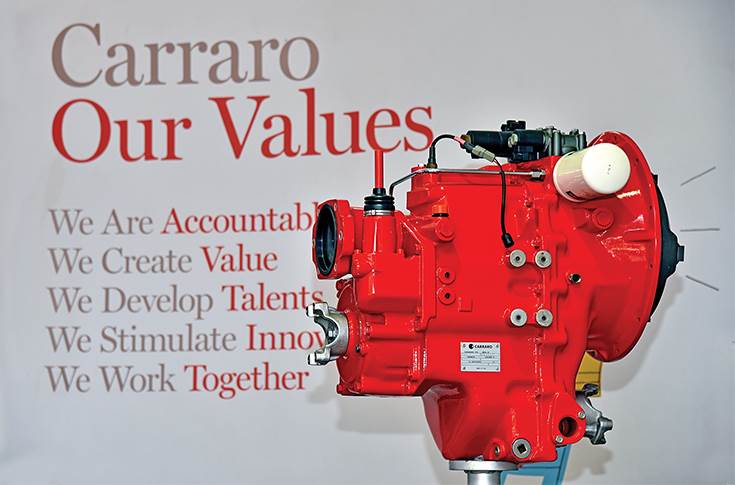 The Carraro story began in 1932 but its values are contemporary.

“I am here to tell you that we do not intend to stop now, and that we expect a big contribution from India towards the Group’s growth in the forthcoming years,” adds a zestful Mario, emphasising that the JV with Escorts Ltd developed smoothly and amicably until it became clear that for economic reasons, Carraro needed to broaden its product portfolio and also invest more to consolidate operations. At present, the company’s roster of clientele include CNH, Caterpillar, John Deere, Mahindra & Mahindra, Escorts, Same Deutz, ITL/Sonalika, Erkunt, Tata Hitachi, Manitou and Bull Machines among others.

Passing the baton
Mario, who was born in 1929, took over the reins of the business at a very young age after graduating from high school and remained chairman of the Carraro Group until April 2012. He was conferred with an honorary degree in Economics and Commerce in 2001 by the academic senate of the University of Padua (Padova). Since 2008, he has been chairman of Fondazione Antonveneta and since 2011 he has been honorary member of the Galilean Academy of Sciences, Letters and Arts of Padua. 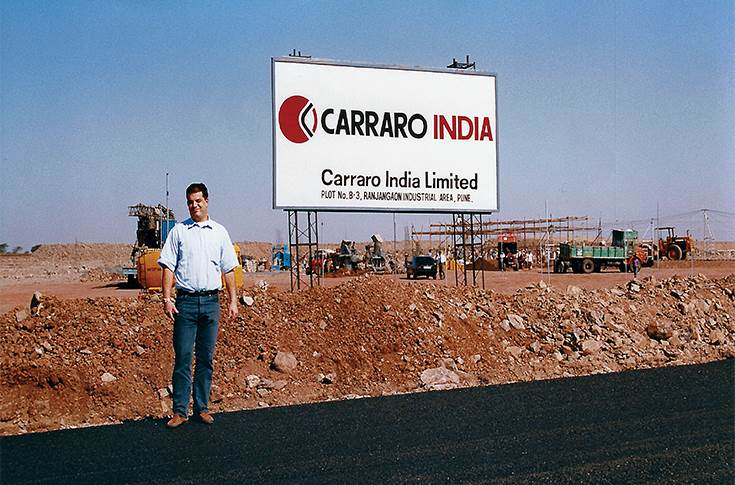 Tomaso Carraro, currently Chief CSR Officer of the Group, at the plant site in Ranjangaon in 1992.

In August this year, Mario transferred his entire stake in Finaid SpA (the holding company that owns 35 percent of share capital in the Carraro Group) to his sons Giovanni, Enrico, Tomaso and granddaughter Valentina. Simultaneously, he also assigned joint control of Carraro SpA to his sons Enrico and Tomaso, together holding 40.130 percent of the share capital. According to Mario, “This decision is designed to ensure continuity in the control of the Group, guaranteeing support for the growth plans that we are looking towards in the coming years.”

Clearly, passing the mantle of leadership at the Carraro Group is yet another farsighted move from the entrepreneur who continues to have Pune and Padova close to his heart.