Minda Corp’s young ED is bullish about EVs and believes it is important to constantly engage with start-ups. He says having a foot in the door everywhere is the best way to learn. 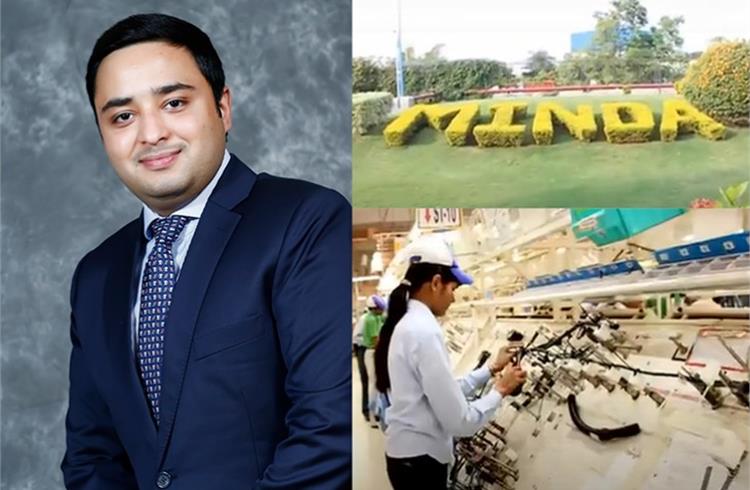 Aakash Minda: There is an opportunity in every crisis because “it brings out the best in us and how we can navigate within this VUCA (volatility, uncertainty, complexity, ambiguity) world”. 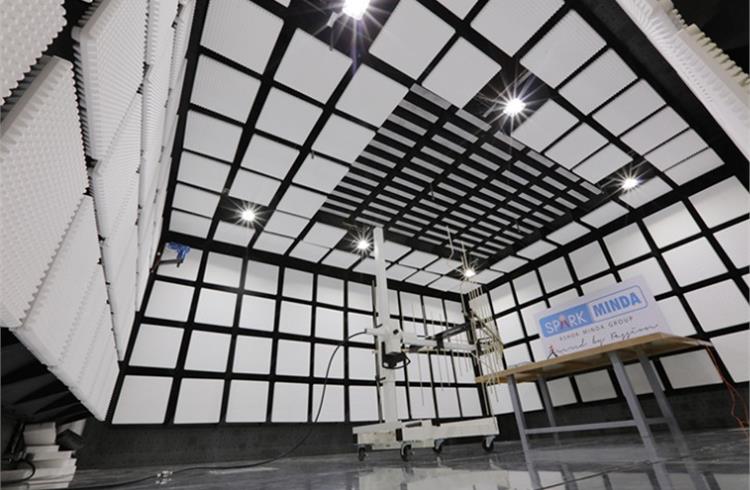 The EMI-EMC test lab at the Spark Minda Technical Centre, Pune which has over 350 engineers focusing on advanced electronics. 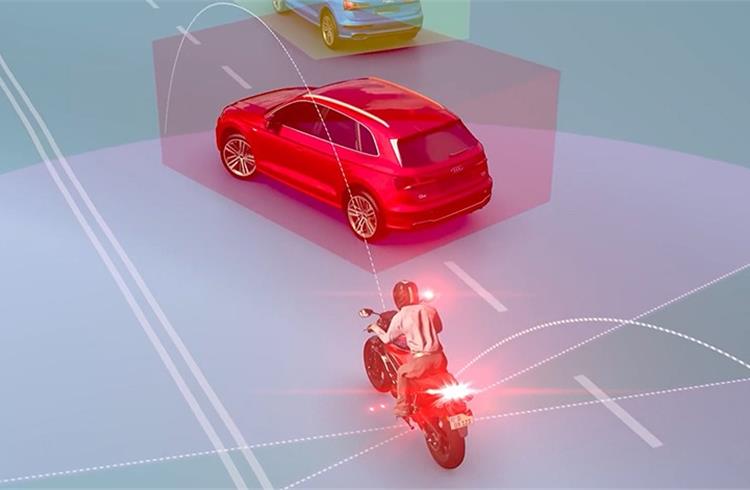 Among the tie-ups this year is one with Israel’s Ride Vision to bring its range of AI-enabled Collision Avoidance Technology products for the Indian two-wheeler market. 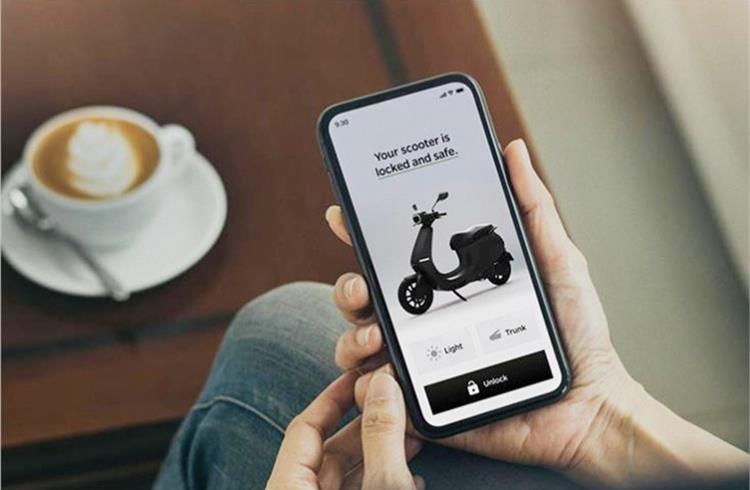 The Ola S1 and S1 Pro e-scooters have a proximity unlock feature that starts up the e-scooter as you approach it. Minda Corp has filed 21 patents globally for this tech and is clearly ahead of competition. 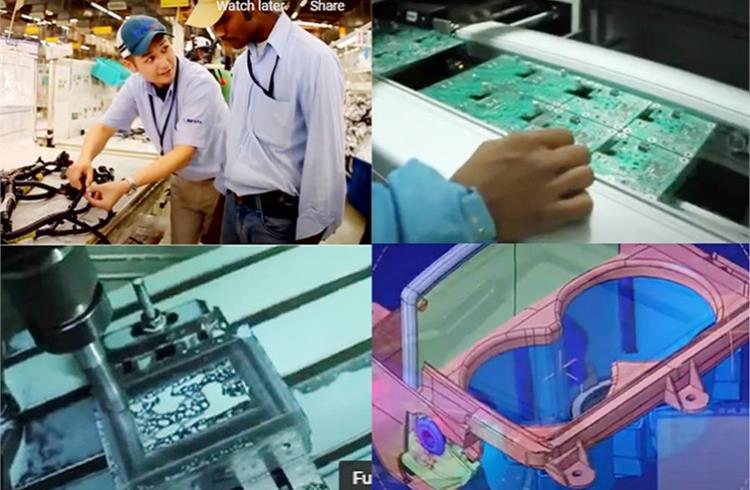 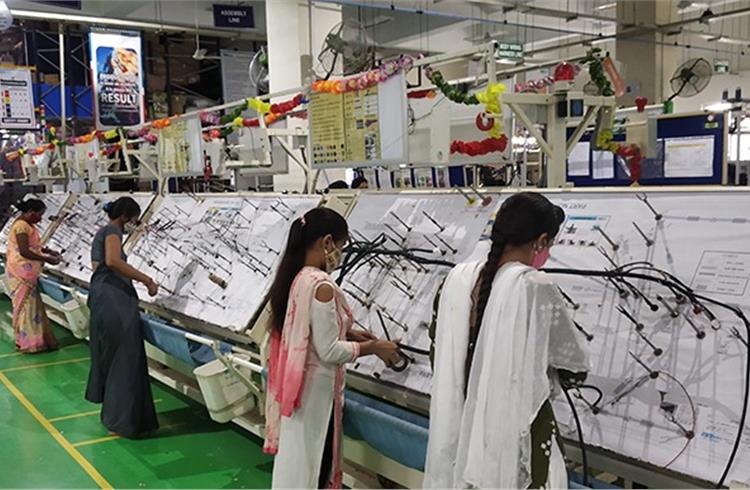 Minda Corp’s young ED is bullish about EVs and believes it is important to constantly engage with start-ups. He says having a foot in the door everywhere is the best way to learn.

The excitement and energy is evident in Aakash Minda’s voice during the telephone interview.

Never mind that the topic has just veered around to the ongoing chip crisis and how everything is going wrong in the world. “Of course, the semiconductor shortage is a challenge which is affecting customers and our orders are getting hit too,” concedes the CEO, Interiors & Plastics, and Executive Director, Strategy & Finance, of Minda Corporation which is into electronic and mechanical security systems.

It is also his view that this crisis could “run into the end or middle” of 2022 even while there are other issues to contend with like the magnesium shortage in China or power supply problems in India. On the other hand, says Minda, there is an opportunity in every crisis because “it brings out the best in us and how we can navigate within this VUCA (volatility, uncertainty, complexity, ambiguity) world”.

The key is to deliver consistently while “fighting these battles” and still emerge triumphant by the end of the day. “It is clearly difficult but still exciting . . . how to have a foot in the door everywhere and learn is the most exciting,” he adds.

Four-pronged strategy to take on disruptions
Within Minda Corp, the leadership team does “pick up the sense of what is going on” and then cope with the task at hand. “It is challenging for sure but how to navigate and emerge as a better player is the way forward,” avers Minda.

It is not the easiest of tasks for sure when crises like these put a stress on the entire ecosystem right from the OEMs down to the Tier 2/3 suppliers. Financials are under pressure too “especially cash flows but we are all trying to sail through”.

Minda, however, believes that the foundation is in place to handle this mix of headwinds. As he put it, the “action plan is very clear” and the seeds were sown two years ago as part of an effort to transform and restructure the organisation. Among the first steps were to “let go” of non-profitable businesses like the German operations (Minda KTSN Plastic Solutions) last year followed  by amalgamating all the companies into the Minda Corporation flagship.

More was to follow with a change in leadership across key functions, an exercise which kicked in three years ago. A lot of work went into realigning the company’s internal structure and one of the outcomes was to get over 50 percent new faces within the top management. “All this leadership comes from the global experiences of Toyota, Plastic Omnium, Cummins, Wabco, Faurecia, Bosch and other places,” says Minda.

This came in particularly handy when the pandemic broke out early last year and the economy went into a tailspin following the series of lockouts that followed. Yet, there were other building blocks which came in handy like customer centricity where the prime focus “for the last few years and even going forward” is how to get more product per customer and more customer per product. Additionally, it also focuses on premium products, launch of new products, exports and the aftermarket.

The third pillar pertains to technology where, once again, new and premium products are priority along with investing constantly in patents (over 25 were filed last year). Fourth on the list, continues Minda, is partnerships where a tie-up was forged with Phi Capital for operational support. 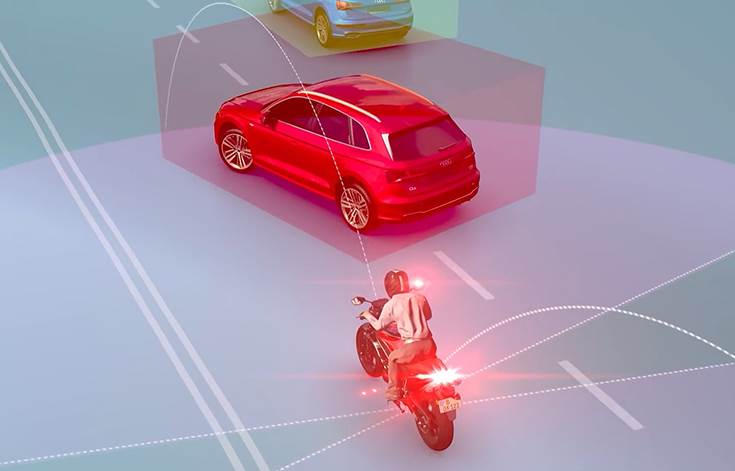 In April, Minda Corp tied up with Israel’s Ride Vision to bring its range of AI-enabled Collision Avoidance Technology products for the Indian two-wheeler market.

Three other key alliances were also firmed up: one with Ride Vision of Israel for two-wheeler ADAS (rider assistance systems), a joint venture with INFAC Elecs of Korea for antenna systems in four-wheelers and more recently picking up 26 percent in EVQPoint of Bangalore for EV charging solutions and systems.

“These are the four core pillars which will drive us in the future too. We have embarked upon a journey which will reap rich dividends,” says a confident Minda. He then dwells upon the next big thing — Spark Minda Technical Centre — which was commissioned in Pune four years ago. It has over 350 engineers focusing on advanced electronics (hardware and software) “which is about cannibalising our own products and making them into more electronics”. 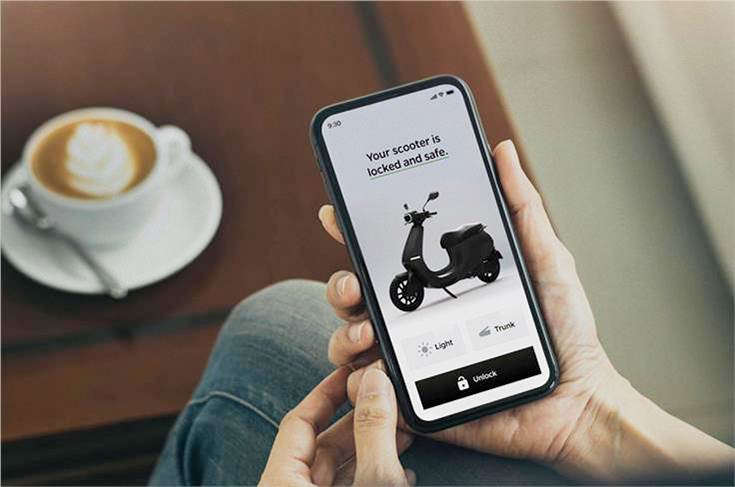 The Ola S1 and S1 Pro have a proximity unlock feature that starts up the e-scooter as you approach it. Minda Corp has filed 21 patents globally for this technology.

A case in point is the keyless entry for two-wheelers like Ola Electric which is a step up from the conventional locking system. Minda Corp has filed 21 patents globally in this technology and is clearly ahead of competition. Likewise, for clusters, the move to digital from analogue is yet another initiative and this is the kind of work that the Pune-based technical centre will focus on.

The interesting part is that this is just not being done for India but there is a lot of work carried out for the company’s JV allies “in what we call offshore development services”. Here, system/component level solutions have been developed for these partners in their countries which are offered to their customers. This business will hopefully grow rapidly in the coming years, says Minda.

Electric avenue
He is equally excited about the electric vehicle momentum which is gaining traction across the Indian landscape. “Youngsters like me are looking to have one EV in their garage or even move from a bike to an EV,” he says. Right now, there is “a lot of shift happening” especially in two-wheelers but the way “mobility is changing along with the start-ups” means there is a big push happening in this arena.

From Minda’s point of view, this shift is an opportunity for “suppliers like us” because it opens up an entirely new world. In the process, it gives both new and incumbent players a chance to explore this space. “As for our company, all our products are EV-agnostic — whether it is vehicle access, clusters, wiring harness — and all of this is going to be positively impacted by this in terms of profitability, technology and so on,” he says.

There are new products that it is now foraying into and the stage was set in the second quarter of last year when a new company, Spark Minda Green Mobility Solutions, was set up to focus solely on electric mobility. This has already seen products like DC converters, battery chargers and motor controllers debut in a short time span.

“It is this focus on technology that has helped us get a host of customers like TVS, Bajaj, Ola, Revolt and many others. They believe in us and we have been able to meet their needs,” says Minda matter-of-factly. It was this endeavour to stay ahead of the rest which also prompted setting up of the Pune-based technical centre four years ago.

“This is where we laid the foundation stone for EVs even while everyone was focusing on the transition from Bharat Stage IV to VI. We have more than 35 engineers only on EV products which makes us a frontrunner in the race and gives us a clear edge,” he adds. 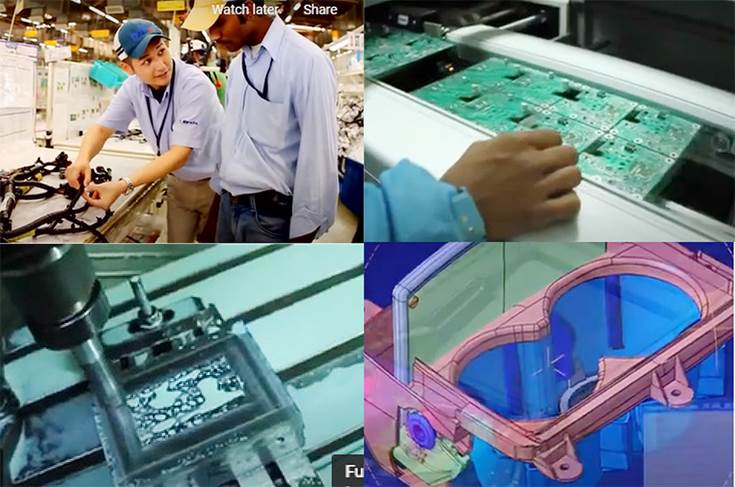 Even while EVs continue to be in the news, Minda is quick to point out that their presence will largely be confined to Tier 1 cities and a handful of Tier 2 regions. He forecasts the “tipping point for EV two-wheelers” to happen in FY2025 where Tier 1 cities will lead the charge. Even while there will also be a lot of aspiration coming in from rural areas, realities in the form of electricity supply and supporting infrastructure will remain to be the obstacles.

Minda also maintains that engaging with start-ups is key because this is where transformational growth will happen. “If it is a synergy product for us, we will go ahead and start-ups will be the name of the game at least in terms of access to technology. Large players will invest but start-ups give good access and we will help them scale up,” he explains.

The company’s exports make up nearly 12 percent of total output and the idea is to grow this to 15 percent in the next three years. Minda is categorical that acquisitions will be confined to India unless these are tech-related but the idea is not to have a large operational footprint overseas. “India has much more to offer and it makes sense to focus here,” he declares.