Eaton Technologies, a diversified engineering company, which operates in multiple areas ranging from automotive to aircraft, plans to cater to the requirements of passenger cars and is focusing in a major way on superchargers. 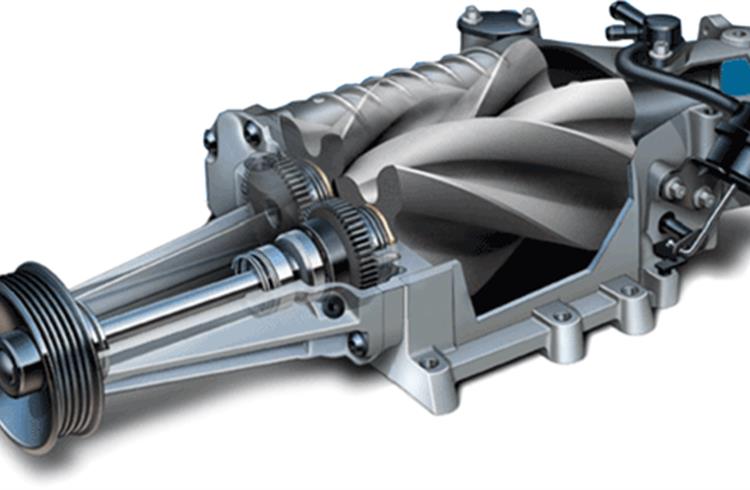 Eaton Technologies, a diversified engineering company, which operates in multiple areas ranging from automotive to aircraft, plans to cater to the requirements of passenger cars and is focusing in a major way on superchargers.

Given the focus on deriving more power out of passenger vehicle engines, this is an important area for carmakers who want to downsize their engines and yet ensure that they are powerful, compact and fuel efficient. A slew of companies such as Honeywell, which is into turbochargers, are keen to leverage these opportunities. Among the carmakers looking at this potential are Tata Motors, Mahindra & Mahindra and others.

S Krishnakumar, managing director, Vehicle Group India, Eaton Industrial Systems, told Autocar Professional, “We have developed sodium-filled engine valves and are working with some OEMs on this solution. While these systems are suitable for high temperature applications in cars and commercial vehicles, this technology is currently being tested.”

Krishnakumar adds, “We are also capable of producing superchargers for small and big engines. It is a perfect product for a small (underpowered) car as it can help the same engine deliver slightly higher power. However, it requires a lot of engineering efforts to calibrate the supercharger with the engine – these processes vary from engine to engine.”

While Eaton is already providing superchargers to Nissan for Micra cars globally (not in India so far and India is the production base for the Micra), it is also supplying these for the 3.2-litre engines which power a model from a European luxury carmaker which Krishnakumar did not name.

Eaton’s Ranjangaon facility is fully equipped to test the performance these superchargers where on the performance test rig, a supercharger is tested up to 25,000rpm (up to 180 percent of supercharger’s capacity against a maximum limit of 75 percent in a car) within a semi-anechoic chamber (as it creates up to 110 decibels, a sound equivalent to a jumbo jet).

To put things in perspective, Eaton which entered India in 1999 has a lot going on in its ‘Vehicle Group’ business. The Vehicle Group operates across drivetrain systems for medium and heavy-duty commercial vehicles (CVs), automotive components and hydraulic applications.

With a highly capable engineering centre in Pune (established in 2003 and which focuses on product development for Eaton’s local and global markets), the Group operates through a transmission manufacturing facility in Ranjangaon (Eaton’s first greenfield plant in India which began operations in November 2007) and auto component manufacturing facilities at Ahmednagar and Nashik (bought over from Kirloskar Oil Engines in 2008). A total of 800 people work for Eaton Technologies’ Vehicle Group.

Owing to capabilities in these areas, the Group has lined up a number of innovative solutions (still under various validation stages with different OEMs) for passenger cars, and commercial vehicles.

The company, for the first time, is also gearing up to foray into the two-wheeler segment as it is jointly working with a two-wheeler manufacturer to finalise the rollover valves.

“Once our innovative solutions such as rollover valves, internal heat exchangers, new engine valves pass the validation stages, we will ramp up of our operations at Nashik and Ahmednagar facilities,” adds Krishnakumar.

Eaton currently makes engine valves at these plants (for engines ranging from 800cc to 7.0-litre powertrains and more for applications in locomotives).

Game to supply AMTs for the bus market

With regard to the transmission business, while Eaton has made a good foray into trucking applications, the company is yet to see similar growth into the bus segment. With strong competitors such as ZF and Allison Transmission operating in the same space, Eaton plans to make deeper inroads into the bus segment via automated manual transmissions or AMTs. “We have done some projects on AMTs, parallel hybrid solutions with Tata Motors. These solutions have a big opportunity in India going forward. AMT is an excellent solution for buses and we are discussing the applications with most of our customers,” explains Krishnakumar.

India’s bus segment has seen little growth since the end of the government’s JnNURM project under which funds were supplied for the purchases of city buses to a variety of bus operating companies.

In the truck segment, trends indicate a shift from 150hp engines powering the CVs earlier to 180-210hp engines under application now and subsequent changes in the existing transmission systems. “For a transmission system, the gestation period is high due to long validation and testing procedures. We are working to reduce the weight of six-speed transmissions by replacing the cast iron housing with die-cast aluminium housing (used in nine-speed units already). A lot of such initiatives kick off at design level,” he summarises.