The survey reveals that about 40 percent of the people surveyed admitted to frequently flouting rules while driving, with just 8 percent showing ideal road behaviour. 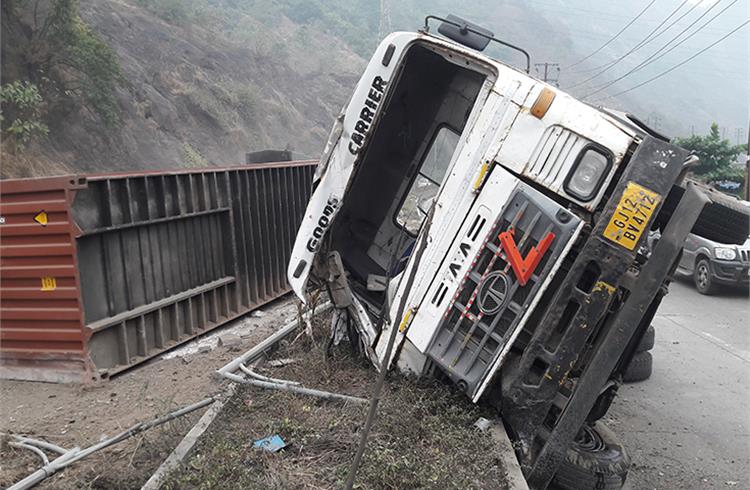 Ford India has released the findings of its road safety study. Dubbed the 'Ford Cartesy Survey 2019', it assesses the behaviour of Indian road users in six major cities – Delhi, Mumbai, Bengaluru, Hyderabad, Chennai and Kolkata. The report not only highlights a low level of awareness and discipline among Indian road users, but also shows a stark difference in people's outlook towards road safety in different cities, with the national capital performing the worst.

What is the Ford Cartesy Survey 2019?
Ford India carried out the study in partnership with Astrum Management Advisory. The survey was done by conducting 1,561 interviews across the six metros. Respondents included people in the 22-50 year age group, with each person having a valid driving licence for passenger vehicles.

The study assessed people on compliance with regulations, the caution they exercised while driving and the compassion they showed for other commuters. Participants from each city were asked to rate their responses on a 10-point scale for a series of questions to find out if they had the propensity to talk on the phone while driving, overspeed, maintain an unsafe distance from other vehicles, not help accident victims and so on. An overall rating, or ‘Cartesy score’, was then calculated for each city, with a higher rating signifying a more favourable behaviour.

Four types of road users
Ford says that the responses to its study highlight four distinct personalities of road users in India. People who are impulsive, lack knowledge and frequently flout rules have been psychologically profiled as ‘Oblivious’. The next category of less-than-ideal commuters are the ‘Assured’ – essentially people who think they know their way around rules and indulge in unfavourable road behaviour.

Then there are the ‘Pretentious’. These people are more aware of rules, but they are quick to justify and pass the buck when occasionally found to not be conforming to expectations. Lastly, the ‘Idealists’ are road users who show the highest constraint and regularly follow the law of the land.

Painting a worrying image, the survey categorised as many as 40 percent of the participants as ‘Oblivious’, with another 27 percent being termed as ‘Assured’. A lower, 25 percent of the respondents fell under the ‘Pretentious’ category, while ‘Idealists’ accounted for only 8 percent of the total.

Interestingly, the type of road users in each metro was closely related to the city’s Cartesy score.

Delhi ranks the lowest on the road safety scale
The Ford survey pegged the average Cartesy score for the country at 457, out of a maximum 1,000. With the lowest score of 309, Delhi performed the worst on the road safety index. Bengaluru was not a long way off, having scored just 333. To that effect, both cities had the highest number of ‘Oblivious’ road users (49 percent and 62 percent, respectively).

The number of such respondents fell to 21 percent in Hyderabad and Mumbai, which fared better, posting higher Cartesy scores of 396 and 417, respectively. It was Chennai (634) and Kolkata (638) that performed the best of all the surveyed cities. They also had the highest number of ‘Idealists’, pegged at around 20 percent in each city.

Interestingly, the findings of the Ford study are largely in line with the results of the 2019 Road Accident report published by Ministry of Road Transport and Highways (MoRTH). Government data recorded 1,463 road fatalities in Delhi, the highest of any city in the country in 2019. Kolkata saw the lowest casualties (267) of the six metros listed above. However, Chennai comes off as an outlier which, despite showing higher road awareness on the Cartesy index, posted the third highest road accident deaths (1,252) in India.

Low awareness of road regulations
The Ford survey also tested people on their knowledge about road rules and regulations, akin to a driver’s licence test. Alarmingly, only 6 percent of the respondents got more than half the answers right. Further indifference was highlighted when just 9 percent people said that such low awareness could lead to accidents.

Still, a positive trend that did emerge was the impact of education on road behaviour – the percentage of ‘Oblivious’ people fell from 75 percent among the school-educated, to 45 percent in undergraduates and 37 percent among postgraduates.

On the socio-economic front, the higher middle class performed the best, with a Cartesy score of 507. The lower income group saw the score fall to 487, while the high income group posted the weakest performance with a score of 442.

Lack of driving discipline
97 percent of the participants felt that distracted driving, such as drunk driving and using a phone while on the road, was the leading cause of accidents, with aggressive driving also being called out by 80 percent people. Despite this, one in two respondents admitted to having less-than-ideal behaviour on the roads.

58 percent people confessed to talking on the phone while driving, and a similar number admitted to getting behind the wheel even when feeling drowsy. 53 percent said that they did not give way to emergency vehicles, and 63 percent were fine with the idea of seating their kids in the front passenger seat.

Let’s have a look at the real world repercussions of such behaviour. As per government data, traffic rule violations have been found to be a major source of road fatalities. In 2019, overspeeding was responsible for about 67 percent of casualties on the road, with lane indiscipline or driving on the wrong side accounting for almost 6 percent of the figure. Drunk driving and use of phones caused 3.5 percent and 3.3 percent of the deaths, respectively. Not using helmets and seatbelts has been held responsible for as many as 30 percent and 14 percent of two-wheeler and passenger vehicle casualties, respectively.

The need for road safety awareness
India leads the list of 199 countries when it comes to the number of road accident deaths. There were 4,49,002 accidents on our roads in 2019, which claimed 1,51,113 lives. Putting things in perspective, this translates to an accident almost every minute, and a life being lost on our roads every four minutes.

India accounts for roughly 11 percent of the road fatalities worldwide, as per the WHO Global Report on Road Safety 2018. Government data further estimates that the socio-economic cost of road accidents in 2018 amounted to 0.77 percent of the country’s GDP.

Despite human error being one of the major causes of fatalities on the road, the Ford Cartesy study highlights a clear indifference of Indian commuters towards road safety. With India having committed to halving its road accident deaths and injuries by 2030, we need to fundamentally change our outlook through more awareness and education. And what a better time to step up our efforts than the ongoing National Road Safety Month (January 18 to February 17,2021)?