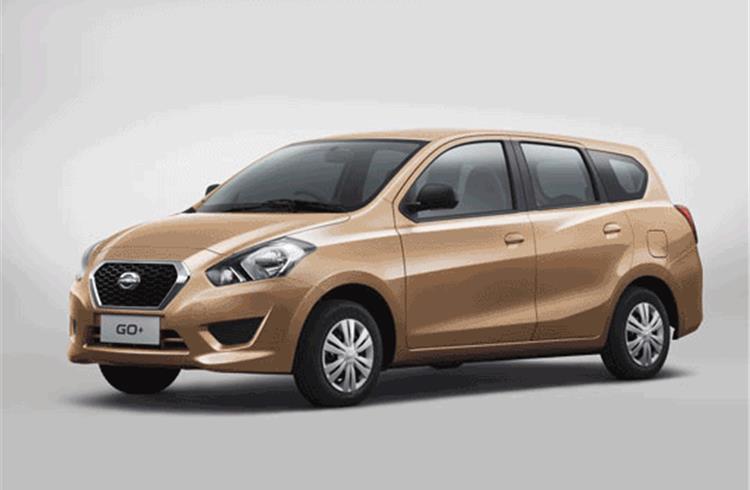 Jakarta, Indonesia, September 17, 2013: Nissan’s reborn brand Datsun brand has taken the covers off the Datsun Go+ MPV in Jakarta. It is essentially an MPV version of the Go hatchback, which relaunched the brand and was revealed in India in July. The Go+ will become the second product in Datsun’s Indonesian range from 2014, with specific tailoring for the needs of Indonesian customers.

The Go, as is known, will be the first of several Datsun models -- individually developed for different markets -- that will be launched in 2014 in India, Indonesia, Russia and South Africa.

“With the return of the Datsun brand, we are changing mobility. And we’re ensuring greater access to the pride, independence and opportunities that car ownership provides. It’s exciting to know that, for many Indonesians, the first new car they buy will be a Datsun”, said Carlos Ghosn, Nissan Motor Co president and CEO, unveiling the cars.

The Go+ is a 5+2 MPV developed as a family car able to accommodate all family members in one car for the journey. The MPV also shares the same wheelbase (2450mm) as its smaller sibling, although its overall length has increased by 210mm (3995mm) to provide room for two additional passengers. Inside, the Go+ follows the design of the Go hatchback almost exactly, also doing without a traditional AM/FM radio in favour of dedicated smartphone integration.

Similarly, the lightweight Go+ is powered by a 1.2-litre engine and 5-speed manual transmission, tuned for fuel efficiency and good acceleration, while delivering agility on congested roads.

In a manner similar to the development of the Go, which Nissan took 2-3 years to develop with a team of 15-20 people working on it initially in Japan on the design and R&D and engineering

development done by the local engineering team at Chennai, the Go+’s development and refinement was carried out by the engineers in the region following a careful study of the needs, lifestyle and driving patterns of Indonesian customers.

The company has yet to announce official pricing for the model in Indonesia, but it is expected to command a premium over the Rs 400,000 which the Go is likely to cost in India.

With the launch of the Go and Go+ in the Indonesian market, the Datsun brand aims to account for up to 50 percent of total Nissan Motor sales in 2016 in Indonesia. Both cars will be priced below 100 million Indonesian rupiah.

Both the Datsun GO and Go+ for the Indonesian market will be locally produced at the Nissan Motor plant in Purwakarta, 80km east of Jakarta, and will go on sale in 2014.

As revealed by Autocar Professional in its September 1, 2013 issue, among the suppliers to Datsun in the Indonesian market is the UNO Minda Group which will supply tail-lamps to the Datsun Go (both for the Indian and Indonesian markets) and also all lamps, including small lamps and interior lamps, to two other low-cost Datsun models to come after the Go and planned for launch in 2015.