What Daimler Buses India intends to do with an upgraded Super High Deck premium coach for the 24-tonne segment. 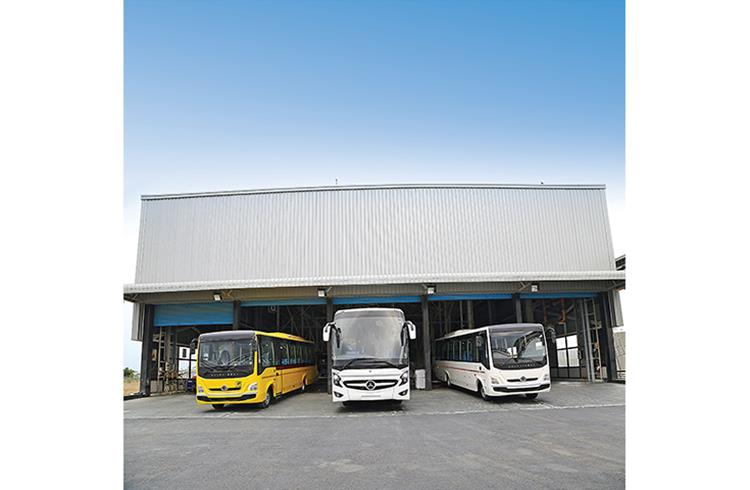 Three years after it inaugurated its new bus manufacturing plant in Chennai, Daimler Buses India, a unit of Germany’s Daimler Buses under the umbrella of Daimler India Commercial Vehicles and Daimler Trucks Asia, is gradually making headway in India.

Set up with an investment of around 50 million euros (Rs 400 crore), the bus plant, which covers a total area of roughly 113,000 square meters and is part of the state-of-the-art Daimler India Commercial Vehicles plant, has a capacity of 1,500 vehicles a year and expandable up to a maximum of 4,000 units. Importantly, it is the first Daimler Trucks plant in the world to produce trucks, buses and engines for a total of three different brands: BharatBenz, Fuso and Mercedes-Benz. While the BharatBenz brand of trucks has crossed sales of 60,000 units till now, the German CV maker is keen that its bus business picks up pace in India, which bears immense potential for sales.

The company caters to the domestic market with a two-fold strategy: BharatBenz front-engine buses and coaches are designed to create a new benchmark in the volume segment, while the premium segment is addressed with Mercedes-Benz rear-engine coaches. In addition, bus chassis are offered both in the domestic market and exported to markets in Africa, Latin America, the Middle East, and South East Asia. 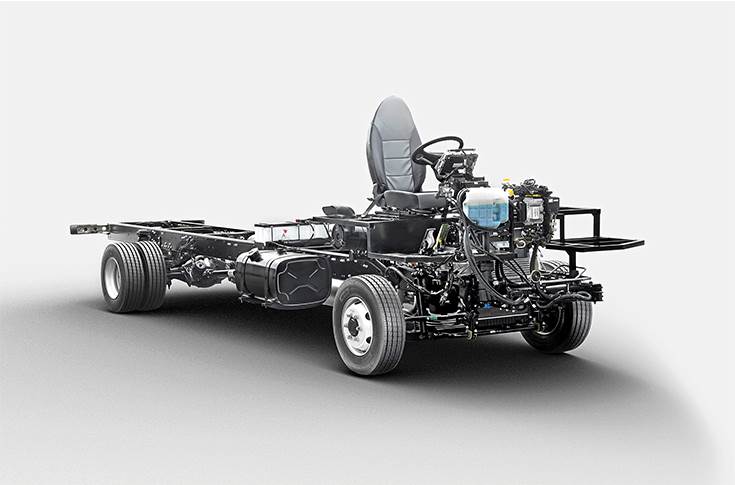 Nine-tonne bus is available both as a chassis as well as fully built bus.

In a bid to widen its reach, the company is consciously expanding its portfolio by offering products that target every major segment of the bus market in India. At present, its stable of buses include the BharatBenz 9-tonne school, staff, and tourist buses, Mercedes-Benz 15-metre multi-axle luxury coaches and bus chassis for the 9,16 and 24-tonne segments in both front and rear engine configurations. The models receive a body specifically developed by Daimler Buses in-house.

A global player like Daimler is bullish on the Indian bus market for many reasons. India is the second largest bus market globally after China. The Indian bus market, which accounted for around 20,000 units in 2002, touched the 35,000- unit mark in FY2018, growing by an average 4 percent. In FY2018, the 9-tonne-and-above bus market saw de-growth of 25 percent albeit total volumes were 35,649 units. This drop was a temporary one due to the upgrade to BS IV and the impact of demonetisation. However, rapid urbanisation, a growing working population, improved highway connectivity and higher mobility needs in India means the bus market will continue to grow over the next 10-15 years, attracting more global bus makers to India.

Globally, Daimler Buses is a £ 4.4 billion (Rs 40,587 crore) business and Europe arguably the largest market for the company but the market there is stagnating, with minimal upside for growth. Other than Germany and India, the company has a large bus chassis manufacturing factory in Brazil. For Daimler Buses, its Indian operations constitute the third largest bus production hub globally and help it have a manufacturing footprint and an export hub in the fast-growing Asian market. 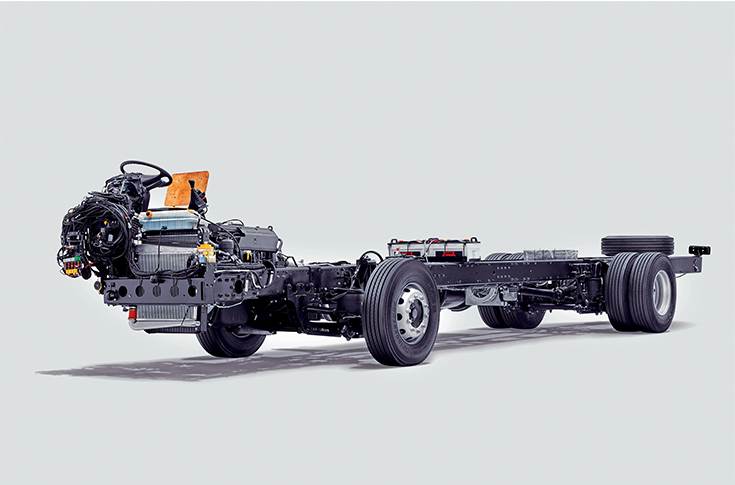 Daimler has deferred the launch of the fully built 16-tonne coach in the domestic market due to upcoming BS VI norms in April 2020.

Starting with the 9-tonne staff, school and tourist segment, Daimler Buses has expanded into the 9-, 16- and 24-tonne segment. And, to support the expansion of its bus business, a dealership network of 41 dealers and 140 touchpoints is being developed across the country.

Thomas Fricke, managing director, Daimler Buses India, who took charge last year, told Autocar Professional, “As the Indian bus market is evolving, we lead the shift with products that meet the global standards of performance and safety. We aim to be the benchmark in terms of total cost of ownership, safety and comfort.” 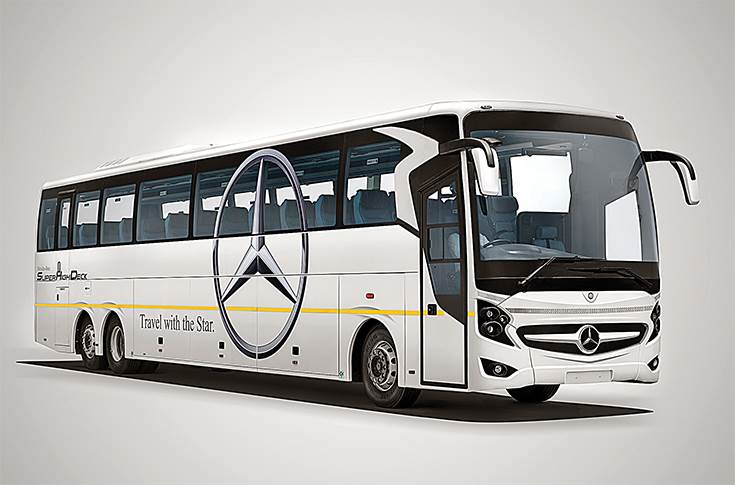 Over the past few years, due to the Bus Body Code, the Indian market is gradually shifting from low-cost mass market buses built by local bodybuilders to modern, premium and fully built OEM offerings. This transition will be further accelerated by legislation.

After discounting the earlier BS III premium rear engine coach last year, Daimler has, earlier this month, introduced an upgraded Super High Deck (SHD) coach for the 24-tonne segment. This premium coach segment, which has a market size of 600 units per annum in the country, is currently dominated by Volvo Buses India which has an absolute monopoly. 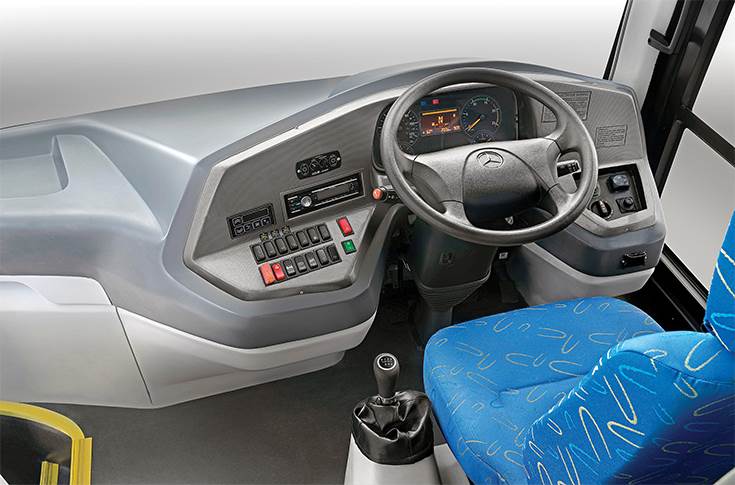 “Our earlier coach was BS III-compliant. After the introduction of new BS IV norms (in April 2017), we had to bring a new product in the segment. Following customer feedback, we have introduced the SHD fully automatic, highest power coach in the segment,” said Fricke.

After the initial success with the earlier coach and following extensive customer feedback, the SHD coach has been launched with category-leading 410hp engines, automatic transmission, seating capacity of up to 59 pushback seats, and 14 cubic metres of luggage space. The new 15-metre bus, which is the longest in the Indian coach segment, offers more legroom, higher luggage, and superior comfort. Built on an aluminium body, it is claimed to be the lightest vehicle in its class offering superior fuel efficiency. With an active steerable tag axle, it features a low turning circle diameter to effortlessly navigate sharp turns and bends. The SHD coach comes equipped with advanced braking systems and has strategically positioned fuel tanks for better safety. 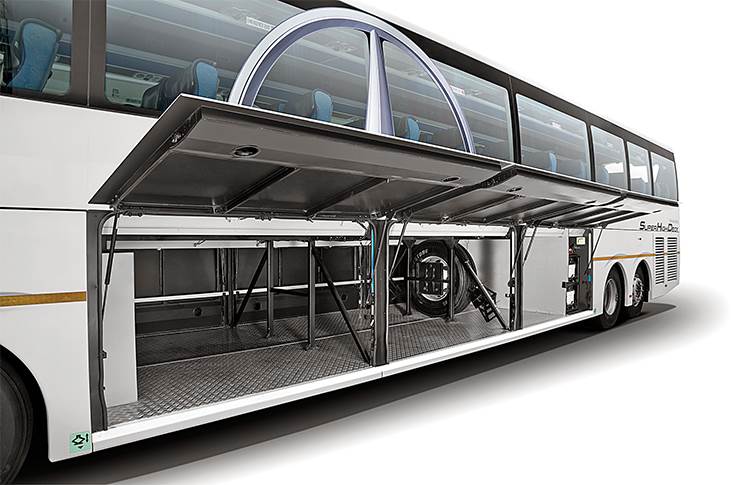 The company has already sold six units of the SHD coach to Parveen Travels, a Chennai-based bus fleet operator and has more orders in the bag for which deliveries will start soon.

Daimler Buses India says it has an ambitious target of selling 200 SHD coaches in 2018, which translates into a 30 percent market share.

Like its BharatBenz truck business, Daimler is developing India as an export base for buses too. The company currently exports bus chassis to five regions from India, namely Latin America, Middle East, North Africa, Central and South Africa and South East Asia, which comprise a total of 17 markets. 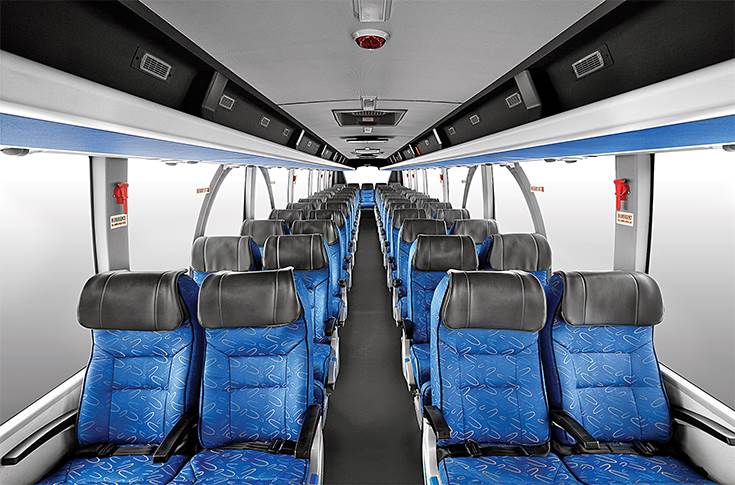 In the export market, the company only offers chassis for 9-tonne and 16-tonne products. The company's growth strategy in the competitive Indian market is to handle business uncertainties by balancing its export and domestic business. In 2017, the domestic market accounted for 70 percent of the total volumes and remaining export.

“Our long-term goal is to have a 60:40 split between domestic and export markets. We are working towards achieving this target and almost reaching the goal,” said a confident Fricke.