Continental India ups the ante on the safety tech front

Ahead of the govt’s mandate for fitment of ABS and ESC, the German supplier has commenced production of the safety technologies at its Manesar plant. It also plans to make ECUs in Bangalore from 2018. 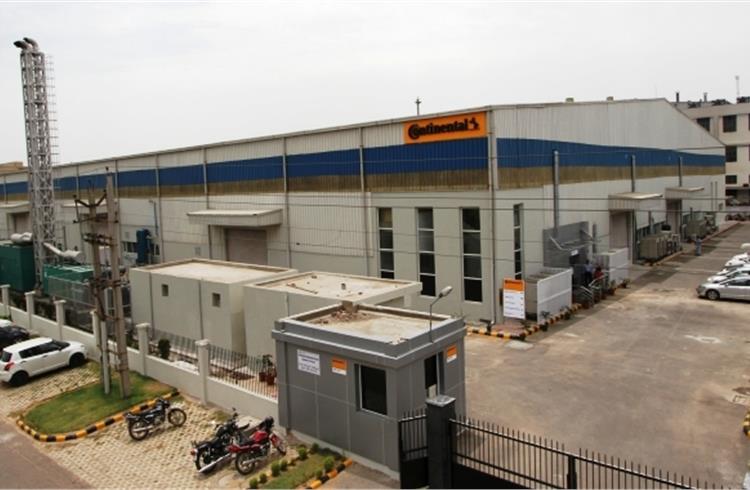 As safety regulations tighten in India mandating the use of airbags, anti-lock braking systems (ABS) and electronic stability control in vehicles, German auto component supplier Continental is firming up plans to strengthen its Indian chassis and safety arm further to be ready to meet upcoming automotive requirements.

On November 8, 2016, the supplier commenced local production of the anti-lock braking system (ABS) and electronic stability control (ESC) at its existing Continental Automotive Brake Systems plant at Manesar, Haryana. Production of ABS and ESC units for passenger cars on a new assembly line, which has an installed production capacity of 600,000 units per annum, has begun. This will be ramped up to 1.2 million units by Q2 of 2017-18.

This detail was revealed by Matthias Matic, executive VP – BU Hydraulic Brake Systems, and member of the management board, Continental Teves AG & Co oHG after the flagging off of the new assembly line.

Continental is also looking to add another assembly line for making ABS units for two-wheelers later. Both products will primarily cater to the Indian market though ESC units will find fitment in cars that are exported from India as the mass usage of ESCs in India is yet to catch steam. The company is targeting domestic supplies of its first localised ABS and ESC products to a leading vehicle manufacturer, by end-2016.

Made for emerging markets

The MK 100 ABS Entry system has been designed for the A, B and C passenger car segments in growing markets. “The Indian market is one of the world’s largest markets for compact cars and two-wheelers. By producing these systems in the market, for the market, we are matching our portfolio to the requirements of our local customers, while keeping our technologies affordable,” said Felix Bietenbeck, head of Continental’s Business Unit Vehicle Dynamics.

The MK 100 ESC, to be made at Manesar, is based on a modular product family and can be scaled up when required and safety and assistance functions can also be configured. The high-performance MK 100 system offers all functions, from basic ESC to a high-end system with the convenience and performance features of future brake-by-wire technology.

Also on the cards is local production of the Electronic Control Unit that is planned for 2018 at Bangalore. At present, the ECUs are imported and are being supplied to leading vehicle manufacturers in India. Buoyed by the spurt in demand, the company has decided to localise ECU production.

To trace its expansion in the country, Continental Automotive Brake Systems India, a subsidiary of Continental, had relocated its hydraulic brake systems plant to a new 7000 square metre production facility at Manesar in November 2013. This was to better support the growing needs of its local as well as international OE customers. The plant produces calipers, boosters and drum brakes and also houses an R&D test lab.

The company began as a joint venture with Rico in 2008 and went on to become a fully owned subsidiary of Continental in 2012, delivering actuation, caliper and drum brakes to all major vehicle manufacturers in India. The company directly exports to South Africa and Eastern Europe and through its customers to Europe and the ASEAN region. With its core processes involving machining and assembly of parts, the HBS plant had earlier launched a localisation program for the in-house assembly of drum brake shoes.

So what exactly is Continental’s strategy for India? 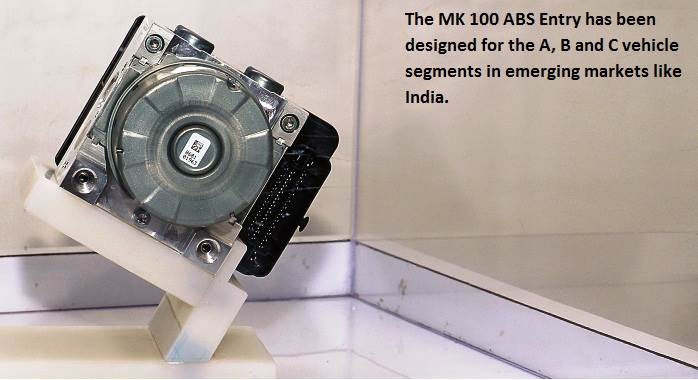 It is estimated that about 1.2 million people die daily worldwide on roads. Of this, India accounts for 10 percent with two-wheelers contributing 30 percent of the fatalities in India. Hence, to prevent fatalities and serious injuries on Indian roads and to achieve ‘Vision Zero’ fatalities, widespread usage of ABS, airbags and ESCs in vehicles can considerably reduce their numbers, feels Continental. “The objective is to work towards Vision Zero in a phased manner – zero fatalities, zero injuries and then zero accidents,” said Bietenbeck.

Officials also point to the potential of growth ahead in India arising not only from stepped up production volumes but also from incoming new technologies to keep pace with evolving safety regulations. Amongst the latest safety systems on the horizon over a two- to five-year timeframe are electronic parking brakes, a larger proliferation of ABS in two-wheelers, and ESCs in India. Electronic parking brake production is being ramped up at high speed at Continental globally and it is only a matter of time before its application will be seen in the Indian market too. In electric parking brake systems, the parking brake is not activated by pulling on a parking brake lever, but by activating an electrical switch. In response, an electronic system controls the electrical actuators that are integrated into the wheel brakes. This system enables a range of automatic assistance functions for enhanced safety and comfort. Continental currently offers various EPB solutions for different large rear axle brake configurations globally.

These will, therefore, be the big growth drivers for Continental Automotive Brake Systems as it penetrates the volume segment of passenger cars as well as the mass motorcycle category with its safety products. The company undertakes application work globally and indigenises them according to the market it services.

As is known, ABS maintains braking stability and steering ability while braking on all types of road surfaces. The system allows for maximum braking effect without the risk of the wheels locking up and causing the vehicle to skid. To achieve this, the electronically controlled braking system captures the speed on all four wheels and calculates the optimum slip conditions by regulating the braking pressure on the individual wheel. Continental’s ABS solution is both modular and scalable, and can be customised for various control strategies for both two- and four-wheelers.

ESC, on the other hand, supports the prevention of critical vehicle states. The system constantly evaluates data from the wheel speed sensors, the steering angle sensor, the yaw rate and lateral acceleration sensor and compares the driver’s input with the vehicle’s actual behaviour. If an unstable state is detected, for instance, as the result of a sudden direction change, ESC responds in milliseconds and stabilises the vehicle through wheel-specific brake intervention and adjustment of the engine torque.

At the same time, ESC is a prerequisite for further safety technologies like Advanced Driver Assistance Systems. Based on ESC, surrounding sensors like radar, camera and lidar technology are required for new predictive driver assistance systems which can further enhance road safety.

To improve active safety in motorcycles, Continental already offers a one-channel ABS for smaller motorcycles and scooters. It is based on ABS technology for passenger cars and was developed especially for cost-sensitive markets such as Asia, where two-wheelers are equipped only with a hydraulic brake on the front wheel. The one-channel ABS is an addition to Continental’s other safety systems like the motorcycle integral brake systems and motorcycle anti-lock brake systems (2-channel ABS). The motorcycle ABS is very light and can be easily applied to suit a range of motorcycle and scooter models.

Further, India is an important market for Continental as it is able to support global platforms of global customers from here for instance Volkswagen and Ford. It has also been developing its simulation and testing competencies in India that are beginning to support other locations on engineering and software development skills for both R&D projects as well as local customers.

In 2015, the German component maker expanded its R&D footprint in India by moving into a new and larger Technical Centre at Bangalore. Eight state-of-the-art R&D labs are housed in this facility that also provides IT infrastructure development support, specific product development support consisting of hardware, software and mechanics, innovative projects with support from the corporate R&D segment. The centre supports Asian customers from India. It is expected to become a key contributor in the development of innovative technologies that will fast track vehicle responses in traffic snarls and reduce accidents and fatalities.

Engineers here are working on technologies ranging from the one-channel ABS solutions for two-wheelers to sophisticated technologies for ADAS. With an understanding of the Indian customer’s pulse, the technical centre is fast emerging as a Centre of Competence for two-wheeler markets and for customised products for the BRIC countries.