Brijmohan Lall Munjal was affectionately called 'Babuji' by many.He can be called the doyen of the Indian two-wheeler industry, a "father figure" to many. 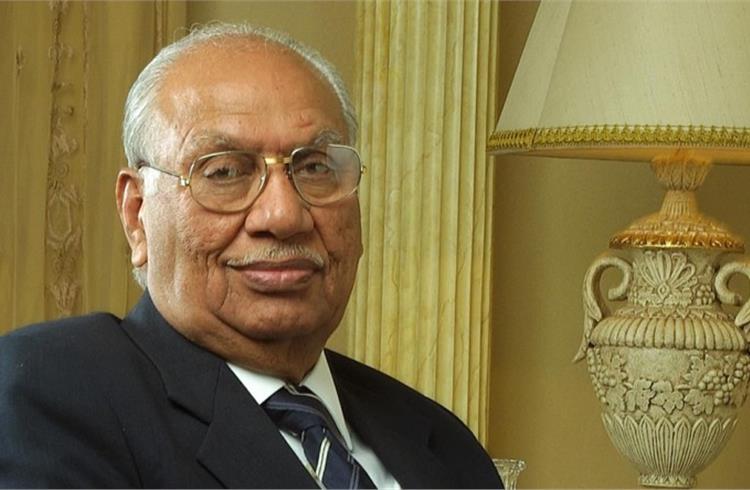 It was a regular business day at a Hero Honda (now Hero) dealership in Mahim, Mumbai, sometime in 1997-98 except that among the many visitors was the chairman of the company Brijmohan Lall Munjal, who decided to pay a visit without any prior intimation. Mr Munjal spent some time at the dealership talking to the staff who didn't realise that the unassuming visitor was the same man whose photograph is proudly displayed at the same dealership. During his visit, a few specks of dust on a vehicle caught his eye, which he quickly wiped off with his handkerchief.

Sundeep Bafna, the promoter of the dealership, whose business relation with the Munjals started 23 years ago, recounts the above-mentioned episode to describe the personality Brijmohan Lall Munjal was. "For him, relationship was above all. He remembered the names of my son and wife," says Bafna before leaving before leaving for Delhi to attend the late Munjal's cremation today.

Brijmohan Lall Munjal was affectionately called 'Babuji' by many. Most, if not all, Hero dealers and other business associates would have a similar level of respect and affection for the Hero Group founder, who can be called the doyen of the Indian two-wheeler industry. He was a "father figure" to many. The expression of respect by dealers by touching his feet that I witnessed during an event in 2003, reflected that.

A significant number of them started and grew their businesses with Hero. Bafna's dealership, for example, today is among the top three dealerships in Western India with 8 outlets and 6 sub-dealerships. Bafna and a large number of people from Brijmohan Lall Munjal’s personal and professional circles will remember his virtues, and perhaps also be guided them, for a long time to come.