Brake suppliers see no speedbreakers ahead

The slowdown notwithstanding, Mando Automotive India is setting up a new design centre and Brakes India is all set to produce a new localised ABS system. Shobha Mathur reports. 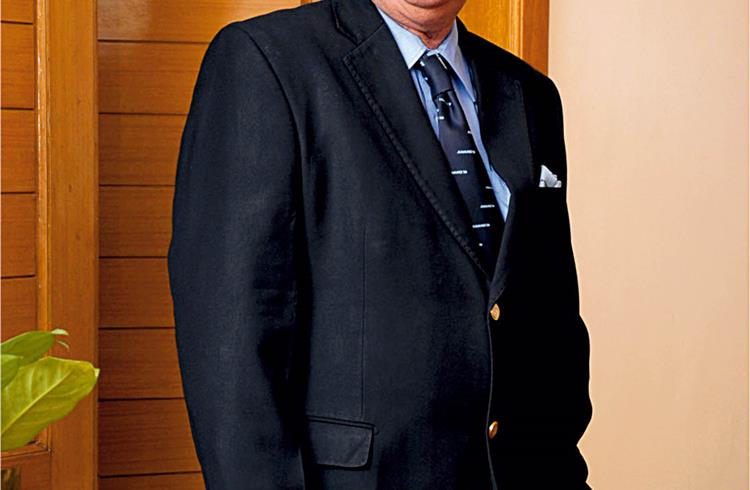 The current downturn has not applied the brakes on the growth ambitions of brake component suppliers. On the contrary, the need for speed among vehicle owners has necessitated safer braking options in the new crop of passenger cars and SUVs. India also takes the lead in having the worst road accident record on the planet and in the absence of adequate motor safety regulations, the onus lies on the Indian automotive industry to manufacture safer products.  Therefore, companies like Mando Automotive India and Brakes India are now taking the initiative to make the most of their safety product lines, among other businesses.

NEW BUSINESS FROM HYUNDAI FOR MANDO

Mando Automotive India Ltd (MAIL), a key supplier to Hyundai Motor India Ltd (HMIL) and the largest Anand Group company, is now in the process of setting up a new design centre in Chennai which will act as a global hub for Mando. At the same time, it is gearing up to step up its export volumes of brakes and electric power steering to the Korean carmaker in Turkey for its Grand i10 and Grand i20 premium hatchbacks that began rolling out last year. In the Indian market, it is also expanding its volumes with non-Hyundai carmakers.

Interestingly, since 1997, the Anand Group had one JV with Mando Brakes of Korea initially for brakes and shock absorbers (Mando India) and another JV for electric power steering (Mando Steering Systems India) that was added to the portfolio over the past five years. Last March, both companies were merged into Mando Automotive India (MAIL) with the Korean partner holding a 71 percent stake in the merged entity and the Anand Group 29 percent. This initiative was to bring synergy into the company for serving as a single-point source for key chassis components of customers of the two companies.

Mando Automotive India, aRs 1,500 crore company, currently meets 100 percent of Hyundai’s India needs for shock absorbers, brakes and EPS from its plant located in the vicinity of the carmaker’s Sriperumbudur plant at Chennai. About 50 percent of Mando’s revenues accrue from brakes and shock absorbers with the balance 50 percent coming from steering products.

Of its total production, about 95 percent goes towards meeting Hyundai’s requirements. Hence, in a bid to shore up business volumes further, the balance five percent is now being diversified towards new orders won from Tata Motors, Mahindra & Mahindra, General Motors India and Nissan Motor India.

HMIL’s combined two-plant capacity is about 670,000 units per annum and until a new production facility comes up, the carmaker’s supply chain may have to tap new opportunities to optimise their production. Most of the model launches this year from Hyundai are expected to revolve around new variants of the i10 and i20 hatchbacks, besides the Mobilio MPV. Moreover, with about 50 percent of Hyundai cars exported globally and the balance sold in the domestic market, the slowdown has further nipped growth potential for the carmaker in India. 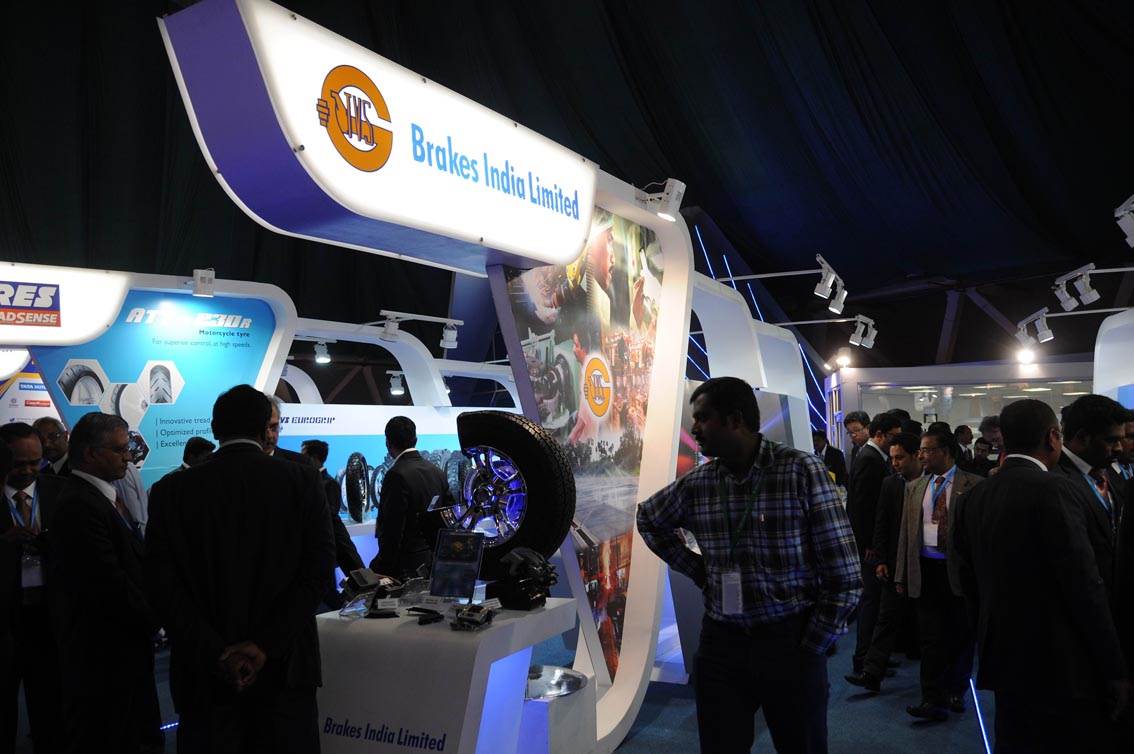 Hence, with new orders from non-Hyundai customers in its kitty, Mando’s target is to up the company’s topline to Rs 3,000 crore by 2017. Sandeep Balooja, Anand Group president (Business Development), says that the Anand Group is targeting a turnover of Rs 10,000 crore from the current Rs 5,800 crore by that period.  “At present, about 90 percent of our Group’s exports go back to our collaborators. Our strategy is to get the best technology for our customers in India and work with them for making India as a base for exporting back, so that it is a win-win situation for both of us. For example, with the help of our collaborator Mando, we will be exporting brake systems and electric power steering to Hyundai in Turkey, a business that will contribute $ 60 million by 2017.”

Mando will also supply EPS to Nissan’s Datsun Go in Indonesia and for a B-segment car in Brazil, a business that is expected to contribute another $ 10 million by 2017. Besides, Mando Automotive India will also be a supplier of EPS to the Datsun Go and subsequent models in India as well. Meanwhile, exports for the two Hyundai platforms assembled in Turkey will contribute to a business of $ 35 million during CY 2014.

MAIL is also aggressively targeting part exports to other parts of the world. It is estimated that annually component exports back to Mando will account for
$ 4 million once they begin. Mando in India has also won the order for supply of the EPS and brakes for the new M&M SUV platform to roll out in 2015 as well as for brakes for the refreshed Tata Indica to come around year end- or early 2015. A brake booster is also under development for the MarutiErtiga as a second source of supply.

Another feather in Mando Automotive India’s cap is that it is in the process of setting up a full-fledged global design centre for designing brakes, shock absorbers and steering to cater to the requirements of Mando globally. “At present, we have a small centre but the new one will act as a hub for Mando. The new design centre will start this year with about 30 engineers,” says Pravesh K Srivastava, Group president (excellence in manufacturing and education) and business head for Mando, Takata and Chang Yun. The company has an annual capex of around Rs 100 crore for expanding capacity and this will continue. Srivastava says the design centre though will not attract much investment.

Meanwhile, Brakes India, a TVS Group company, is about to flag off production and localisation of a new technology – four-channel anti-lock braking system – by  the end of 2014. This ABS technology, acquired from its joint venture partner TRW of the US under a licensed agreement signed last year, will find fitment on passenger cars, SUVs and light trucks.

The company plans to localise the new four-channel ABS that will also be leveraged for B-segment cars. Localisation will enable the ABS to become cost effective for the small car segment.

Though the brake manufacturer has already developed the two-channel ABS indigenously for motorcycles  and utility vehicles, the licensed agreement with TRW for the advanced four-channel ABS became necessary so that  Brakes India, as a Tier 2 supplier, could keep pace with advanced braking system requirements of its customers who are nursing global ambitions. The ABS system, therefore, had to conform to global regulatory requirements and specifications though BadriVijayaraghavan, executive director (business development) adds that even their two-channel ABS will service global markets.

While the two-channel ABS, as the product denotes, works on two wheels of the vehicle, the four-wheel ABS works on each wheel of the four-wheeled vehicle. Both the ABS systems prevent the vehicle from skidding though the four-channel ABS is especially effective on ice, wet weather and even on uneven surfaces. This technology will not let the vehicle skid which happens when all the wheels lock.

Bosch has sought to focus on ABS for smaller vehicles like passenger cars, pick-ups below 3.5 T GVW and M2 categories of small buses fitted with hydraulic brakes. Another producer of ABS for CVs is Knorr-Bremse

Technology-wise, hydraulic actuated and air actuated brakes differ and the latter are a tad costlier.

Since Brakes India is targeting large volumes of the four-channel ABS in view of the growing demand for safety devices, it has gone in for a brownfield expansion readying a new manufacturing facility at Padi in Chennai within its existing plant's premises.

The existing two-channel ABS is also produced at Chennai. The investment, to be done in phases, is being made by Brakes India in which TRW holds a 49 percent stake. “About 20 percent of the car and utility vehicle market is ABS equipped; we expect it to grow to 40 percent in the next 3-5 years. So we are targeting 30 percent of the market share during this period,” says Vijayaraghavan. “We will keep the production capacity flexible as ABS is optional in India and not mandatory. We expect it to become mandatory on cars in the next few years and therefore we will have a scalable plant.”

Nissan has added the ABS system in its complete range of vehicles, according to a company spokesperson. Its B-segment Micra Active XV S variant comes with ABS, EBD (Electronic Brakeforce Distribution) and BA (Brake Assist).

“ABS is a safety technology that makes driving safer at all times and reduces the risk of accidents by offering better vehicle control under unfavourable driving conditions. It also minimises braking distance. Considering the benefits of having ABS in a car, the cost is absolutely justified,” says the Nissan Motor India official.

At present, there is an ABS regulation for special trucks – refuse trucks and tankers in the M&HCV category – and a regulation for all light trucks is also under the scanner. It is expected to become mandatory by end-2014 for the N3 and M3 classes of LCVs, opening up  a vast opportunity for ABS makers like Brakes India and Bosch.

Another technology that the brake major is getting into is the electric parking brake that is used on high-end cars. At present, a lever in the car is pulled along with the handbrake for parking. The new technology will automate the function with a motor mounted on the brake caliper that will actuate it as soon as the car stops and release it as soon as the car moves forward.

Though this tech is ahead of market requirements in India, Brakes India is working on it as it is keen to be ready with the product when demand arises. Also, it helps that TRW is a market leader in electric parking brakes globally.

While the production schedule is still to be charted out, Vijayaraghavan clarifies that the company is working on three technologies – electric cable puller (indigenously designed and developed by Brakes India); electric cable puller eye that involves locking the parking brake using the cable as soon as it senses the car has stopped (also being developed indigenously); and motor mounted on the brake caliper (tech transfer from TRW) which will have in-built features and will dispense with the use of the cable.

Overall, Brakes India is working on a gamut of new, affordable technologies for passenger cars as India evolves as a hub for B-segment cars.

The company is bullish that once the market recovers, demand for ABS systems will pick up albeit slowly. But once safety regulations are enforced, volumes will pick up dramatically. At present the company supplies the imported four-channel
ABS for the Mahindra Scorpio and is in discussions with customers for the localised ABS.

On the standard foundation front, the company has bagged the order for supply of brake assemblies for the Honda Amaze and for the Nissan Micra as well as an upcoming Nissan model likely to be positioned above the A-segment.

Another future focus area will be exports both to Tier 1 suppliers and the aftermarket, given that the fluctuating dollar-rupee exchange rate will prove a useful hedge against the downturn. So far, brake exports chip in with 20 percent of the sales of Rs 25 billion. The target is to reconfigure exports at 30 percent over the next three years to give a further leg-up to the export business.

Overall, both Mando's and Brakes India's growth plans indicate that new advanced technologies in braking systems will soon be part of the mainstream.