​After China, Taiwan and Korea, the Indian version saw the country’s Arm partners and developers play host to a global audience. 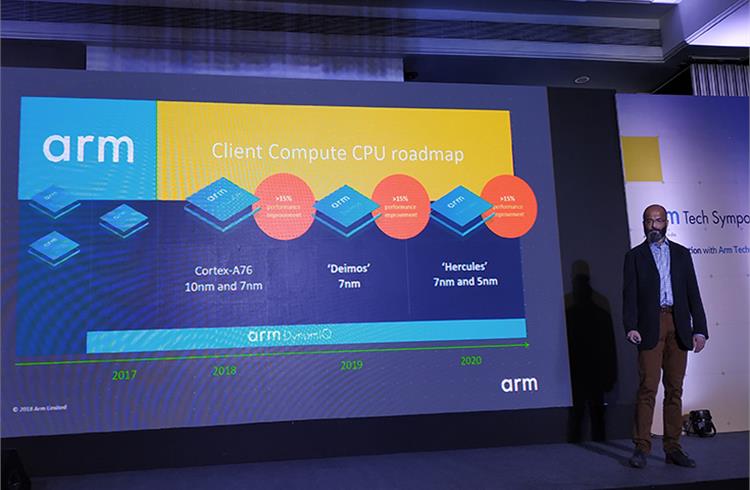 Digital Instrument clusters for e-bikes from Toradex and Qt Unified's line cards that are applicable in automotive, railway, defence and space grade Unizen Technologies and their profile of IoT products using Arm 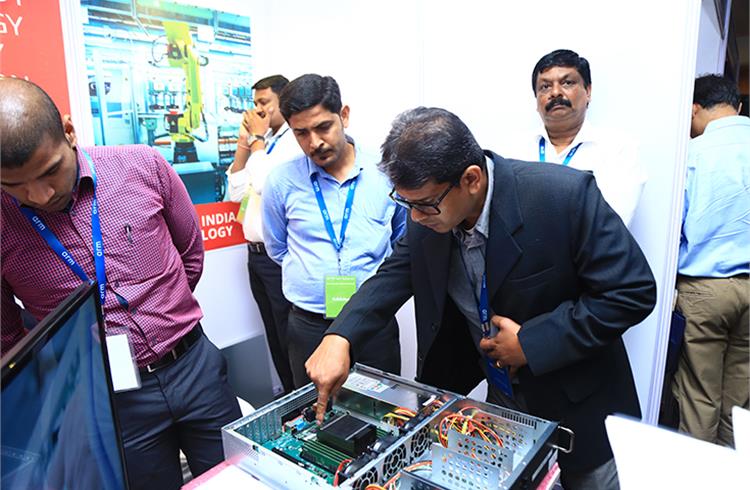 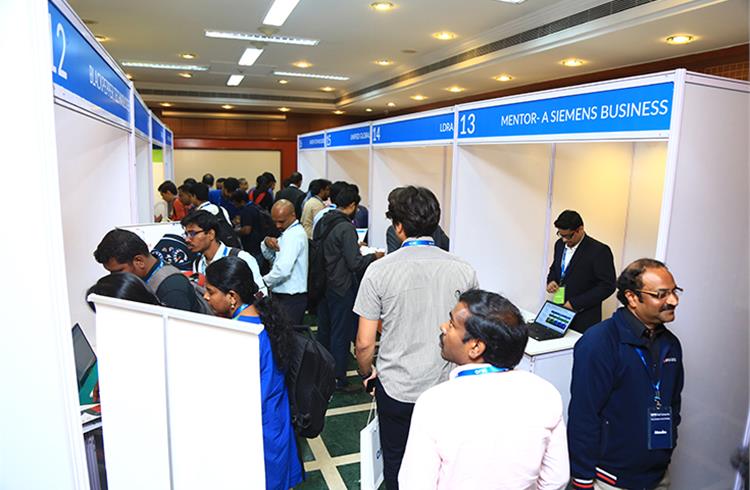 UK-based Arm Holdings, a global semiconductor IP company, recently concluded its India leg of the ‘Arm Tech Symposia’ in Bangalore. The event gave a glimpse of the latest innovations from Arm, the roadmap, the latest Arm-based devices and its applications. The event also saw participation from Arm’s partners, including chip designers, system implementation engineers, software developers, and application marketers who showcased their latest products and solutions based on Arm’s portfolio of products. Prior to India, the event was held in China, Taiwan and Korea this year and will be held in Japan next month.

The 2018 edition of Arm tech symposia India gave a glimpse into the latest trends in IoT ecosystem, artificial intelligence (AI), machine learning (ML) and security. The key theme of the event was ‘Drive Innovation with Arm Technology’. The Indian version of the tech symposia was inaugurated by Guru Ganesan, president and managing director of Arm India.

Keynote speakers like Chet Babla, vice president of IoT device at Arm and Chris Porthouse, vice president and general manager of devices and service at Arm focused on what Arm aims to do with its technological prowess and a massive community of partners across platforms.

During his presentation at the event, Chet Babla revealed the new infrastructure-class IP (Internet Protocol) for 5G networks called Arm Neoverse solutions. In his presentation, he demonstrated how it would play an important role in the large-scale implementation of smart, connected mobility of the future. According to Babla, the Neoverse IP roadmap is designed specifically for the unique performance, efficiency and scalability requirements needed to keep up with changing data patterns, new workloads and the ever increasing demands of an infrastructure evolving to support a trillion intelligent devices. He also revealed that a new Arm-based IP platform called Ares would be launched by early 2019 on 7nm technology that would be able to showcase performance gains of 30 percent per generation of newly developed chips through 2021. The IP and the system architecture will be focused on markets such as server, automotive, and networking and will be designed to enable systems across infrastructures. Babla had also mentioned that the fifth wave of connected devices would not only reduce in size but would also require much powerful computing capabilities. To put it into perspective, a Boeing 787 dreamliner jet requires 14 million lines of software codes during its operation while the future cars would have to be so smart that they would require more than a billion line of software code. Arm’s excitement for the growing Asian markets is inspired by the fact that Asia will be the leading region in terms of 5G data consumption by 2025.

At the event, Babla revealed that the current bandwidth capacity of the internet is around 150 EB (exabyte), but with the introduction of HD video sensors, it will expand to 400 EB in the near future. Thus, leading to the need of 400 million more servers. He also used the stage to claim that Arm has a 27 percent market share in the network infrastructure ecosystem.

Babla also introduced the audience to Arm’s 'DesignStart' program that is claimed to give the developers an easy access to Cortex-A5 processor- the most successful processor from Arm.

Through various speakers, the audience got a glimpse of Arm's Pelion device services.

Upholding the future for autonomous driving

The fully autonomous driving system is expected to significantly reduce the number of accidents and fatalities. The development of autonomous class SoC and systems to achieve level 5 autonomy has been marred with prototypes, often based on power-hungry, expensive data center CPUs lacking even the most basic functional safety features. According to Lakshmi Mandyam, vice president for automotive and embedded line of business at Arm, Arm IP is in 65 percent of the silicon used in ADAS (advanced driver assistance systems) applications. She further claims that Arm has access to industry’s broadest array of functional safety IP with the latest ISO certifications.

Arm has announced the ‘Arm Safety Ready’ program which centralises Arm’s massive investment in safety, enabling its silicon partners and the entire automotive supply chain to accelerate their timelines for bringing safer products to market faster. She has also announced the availability of what is said to be the first autonomous-class processor with integrated safety, the new Arm Cortex-A76AE, which is said to be designed for automotive and comes with split-lock technology, claimed to be another first among application processors. Taking the entire system into consideration, the power-efficient Cortex-A76AE processor will be complemented with an automotive enhanced system IP for designing a comprehensive autonomous class SoC. Mandyam further claims that new products have been designed to enable high-performance systems, targeting ASIL-B to ASIL-D safety integrity. It has been revealed that the new roadmap will include ‘Helios-AE’ and ‘Hercules-AE’, all optimised for 7nm.

The event also saw demonstrations at pavillions of Arm's partners in India.