The Centre’s global engineering services, component sourcing and innovative work has seen it, along with the associate technology centre in China, contribute significantly towards one of the first joint Fiat-Chrysler products launched successfully in North America – the Jeep Grand Cherokee 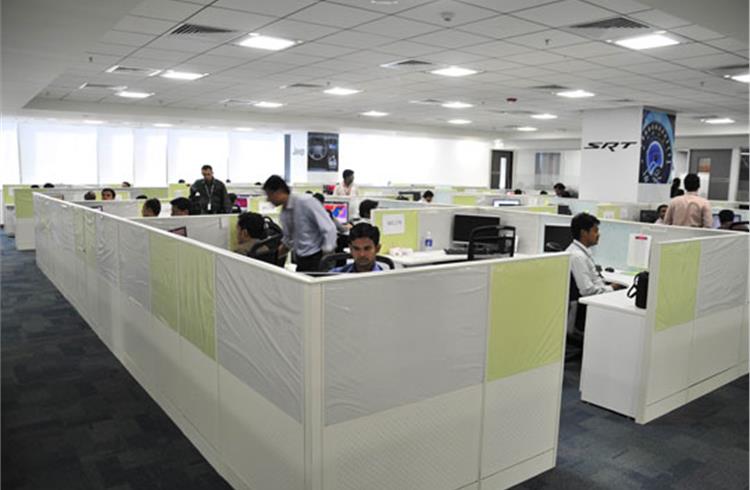 Fiat India is not among the big players in India’s automotive sector. But hidden from the public glare and little known even years after its inception is the Fiat-Chrysler technology centre, the group’s third largest tech centre worldwide, located in the IT-dominated belt at Perungudi, Chennai.

The Centre’s global engineering services, component sourcing and innovative work has seen it, along with the associate technology centre in China, contribute significantly towards one of the first joint Fiat-Chrysler products launched successfully in North America – the Jeep Grand Cherokee.

The centre has come a long way. It started as a full-fledged Chrysler R&D centre before transitioning to a combined facility for both the US and Italian carmakers post the merger with Fiat in 2011. The carmakers’ other tech centres are located at Detroit and Turin, the respective headquarters of Chrysler and Fiat.

Heading the team of over 1,000 engineers at the Chennai Tech Centre is NageshBasavanhalli, Chrysler’s vice-president for global engineering for Asia and Europe Technical Centres as well as Chrysler India’s managing director. He was given the task of establishing three regional technical centres in the emerging markets of China, India and East Europe. With 18 years of automotive experience, Basavanhalli leveraged his expertise and network roping in talent from the US auto industry and from its supplier base to build the Chennai tech centre, starting off initially with just 10-15 people.

What boosted this development was the growing global trend in which the innovations epicentre was moving towards the emerging markets. Despite the slowdown in 2008-09, the emerging market growth story in China and India has remained largely unaffected. This reinforces the company’s belief in the growth potential and opportunities in the BRIC that, according to a global study, is expected to contribute almost 41 percent of automotive growth globally by 2020 from the current around 30 percent level.

The emerging markets’ technology centres have been involved in work on regional products for the China and Egypt markets, among others with support from the India tech centre. Basavanhalli says that since the Chennai centre did not have any India-specific product, people were not aware of its existence.

The three pillars on which the tech centre operates are: supporting regional products, providing global engineering services and facilitating component sourcing. In the initial phase, the Chennai centre handled sourcing from local vendors for parts like door handles and wheels and later on, electrical components. The Centre also supports South East Asian countries like Vietnam, Thailand and Malaysia. It works with South East Asia-based vendors as well as those in India, China and Korea for procuring parts for use in global vehicles, especially in North America.

Global engineering services are a big focus area for the Centre. Basavanhalli cites the example of a fuel filler door for a future car for which there was a supplier in North America. The engineers of the Chennai centre innovated eight design concepts for it that led to significant cost savings. The team also worked with prototype suppliers on it. The part has been installed in the new Dodge Challenger car with the entire suite of engineering services provided by India.

According to Basavanhalli, it was felt that electrical validation work could not be undertaken in India but the Centre had shown that by value add, building competencies and innovations, services out of India could be very successful. The other India advantage is skilled manpower and cost arbitrages.

Another of the Centre’s combined programmes of the Fiat Chrysler family includes seats for the recently launched Dodge Dart in North America and Fiat Viaggio in China. It boasts of advanced virtual engineering capabilities in system level designs and system components that encompass the full vehicle in terms of providing almost turnkey solutions. Initially, the Centre supported the North American operations of Chrysler but now provides services for the combined family supporting all their brands in North and Latin America, Europe and Asia Pacific. Engineers at the Centre say that global models like the Viaggio, if brought to India, can be customised in terms of body, interiors and electricals. Local regulations will act as benchmarks on how to modify it, they add.

The Fiat Chrysler centre is currently working on programmes for different markets pertaining to Fiat, Jeep, Dodge and Chrysler. For India, discussions are still underway between the Fiat Chrysler family on the global products to introduce into India. It remains to be seen if the Jeep brand will be considered for India.

Recently, the Chennai Tech Centre as well as Fiat’s own tech centre at Pune celebrated an innovation week with the engineers suggesting about 400 new ideas. These were shortlisted to a manageable count underlining the importance of the India centres in terms of body, virtual engineering and chassis and these will be later patented.

The interiors group at the Chennai centre is working on seats, door trims and interior trims for global products while supporting the seating development for North America and other regions for future vehicles and current programmes. One engineer says that work completed at the centre in the past two to three years is already in production. Seating trends are moving towards increased features with seats equipped with more iPad holders, DVD players, more cupholders as customers ask for more comfort and features.

The same trend is visible in the APAC with some of it already present in high-end vehicles in India while in the US, it is common across all automobiles. But the signal is clear that it is on its way to India and can be made affordable. The challenge is in reverse innovation by designing in-house, adopting frugal engineering, coming up with alternative concepts while the basic design remains the same besides localising parts.

On the lightweighting front, the Centre is working on alternate materials linked to fuel economy and vehicle weight by moving from conventional metal frames to blow moulded plastic frames in seats. The latest state-of-the-art plastics have a potential to reduce 5-6kg per seat assembly, cutting 6kg in rear seats and 3-4kg in the front seats. The Centre is now looking at all plastic parts for seat frames while meeting structural requirements and safety norms with additional safety features like seatbelts, airbags and roof airbags.

Which projects is the Fiat-Chrysler Tech Centre in Chennai working on? Our work is focused on global (and regional) automotive product development and virtual validation — body, interior, chassis, electrical, engine systems, powertrain, and CAE (simulation) based upon a project approach from all regions of the Group.

What is the Tech Centre’s India strategy?

This centre supports APAC (China and India) product development. This will involve localisation of global platforms and components for regional markets or working on ‘innovation’ projects from India to the rest of the world.

What new technologies are we seeing in the areas that you operate globally?

New technologies are emerging in overall refinement and comfort such as ride, drive and dynamics improvements, interior refinements that include soft touch, better interiors, better styling, fit and finish.

In addition, the complete adaptation of passive safety technologies like use of advanced airbags and sensors to meet or exceed pending Indian safety laws is another area. The adaptation of active safety technologies like rollover sensing, adaptive cruise control, lane departure warning — again subject to infrastructure improvements and upscale models in the future — is another area. Fuel economy measures could include start stop, regenerative braking, electrical power steering, lightweight structures and interior. In powertrain, there will be small displacement direct injection engines coupled with improved transmissions.

Broadly speaking, India is becoming more and more sophisticated and the possibility of a local R&D will ensure a closer and careful look at all those evolutions and a better and quicker understanding of market specifics.

What initiatives has the Tech Centre taken in lightweighting?

There have been several starting with the development and deployment of advanced optimisation and structural development — virtual tools and methods, usage of which in combination with increased high performance computing resulted in documented weight savings for vehicle platforms and variants.