In this analysis, the focus is on the Japanese style of working. When Suzuki entered India way back in 1983, a slew of suppliers from Japan entered India and inked joint ventures with Indian firms to supply parts for the people’s car 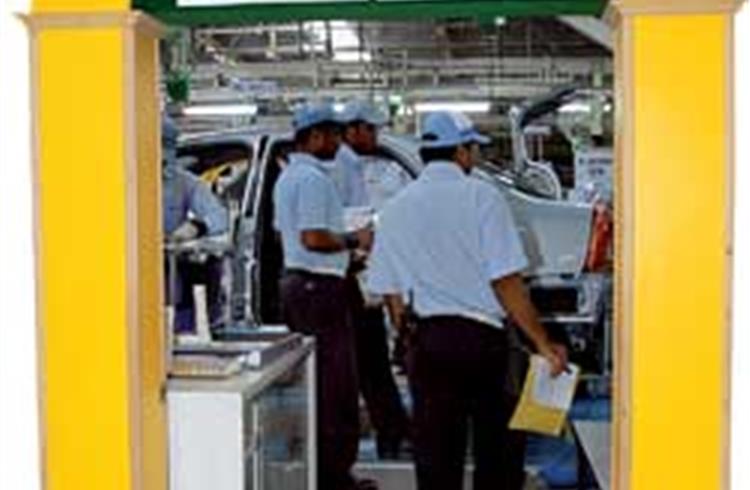 Years ago, a senior head of an Indian auto component company on a visit to his Japanese joint venture partner’s facility turned up five minutes late for an early morning meeting. I recall him telling me, “All eyes were on me. Those who were supposed to attend were seated and the meeting had begun and I was the last – and late.” He resolved, thereafter, not to be ever late again but try and come in earlier than the scheduled time if possible.

It is a well-known fact, and much-commented upon in casual fora that Indians aren’t a punctual lot. This habit, euphemistically described as ‘Indian standard time’ has acquired a sheen that is, rather unfortunately associated with the term jugaad.

Lack of punctuality isn’t something that anyone, whatever his nationality or working style would appreciate. Some work cultures are absolute sticklers for time, others more easygoing. So given the advent of variety of work cultures now being introduced in India due to the entry of American, European, South Korean and Japanese companies here, both co-existing and in some cases, even influencing Indian, is there a clash in these working styles? Is there something that we in India can learn?

In this analysis, the focus is on the Japanese style of working. When Suzuki entered India way back in 1983, a slew of suppliers from Japan entered India and inked joint ventures with Indian firms to supply parts for the people’s car. It was the first large-scale exposure of Indian employees and workers on the shopfloor to how people from a different working culture – in this case Japanese – conducted themselves. For the first time, Japanese were working shoulder to shoulder with their Indian counterparts.

So what is the essence of the Japanese culture? According to a Maruti spokesman, “The Japanese work culture as adopted and practiced at Maruti Suzuki for almost three decades is primarily based on participative management and open communication across levels. These strong attributes pave the way for the spirit of innovation and learning, smooth flow of information about business goals and objectives, inculcates deep sense of ownership and responsibility towards customer. At Maruti Suzuki, there are no separate cabins for senior management officials. They seat themselves among people across levels.”

Indeed, desks at Japanese companies are uniformly alike and arranged by teams, with members sitting in order of authority and responsibility, with the highest-ranking member seated furthest away from the door and closest to the section chief’s desk. The section head is likely to have a desk at the front of the office facing his subordinates, surveying all before him.

Indians would be taken aback in such an open-plan office culture. In a larger context, the Japanese have been at the forefront of creating a culture that is badged with equality. So senior professionals eat in the very same canteen with others. All staff have a same uniform as a shopfloor worker. The best endorsement of this ‘culture’ is that Indian companies are following suit especially when it comes to attire, at least. But there’s much more to the ‘Japanese’ aspect than that.

The Japanese have also brought new systems. Take, for example, the Toyota Production System (TPS). Also called lean manufacturing, it has taken the world by storm, given that the famed Toyota manufacturing system has been the raison d’être of a competitive auto industry. The TPS brings together human resources and robot technology for increased productivity. It is based on two important principles:

• Jidoka – building quality into the production system and ensuring that damaged parts do not proceed to the next stage.

• Just In Time (JIT) – making only what is needed, when it’s needed, and only as much as is needed.

No wonder, years ago when this correspondent was being taken around the Toyota’s Bidadi plant where the Corolla was on the assembly line, I attempted to speak to a worker and given the exigencies of takt time, he gestured to me that I could not afford to distract him.

That brings us to another key area in which the use of time. The Japanese focus is on completing a task in the most efficient manner and within the shortest time possible. Moreover, it is considered more important for the whole team to work together to accomplish a goal. A senior employee with a Japanese company says that in the case of Indians, the tendency is to work in silos. The Japanese, on the other hand, know what is expected of them, and will work to complete the task in hand.

When speaking about work cultures, there are broadly two kinds: corporate and shopfloor. In the case of the latter, people whom we spoke to said that on the shopfloor due to the language issue, the Japanese line manager would not directly talk to the worker concerned but at the corporate level, the dealings are direct.

Overall, the Japanese tend to trust their co-workers a lot more and if a co-worker needs to be hauled up, they will not get personal, one source said. Another key aspect of the work culture is the emphasis on process. This emphasis on process has also to be seen in the wider context of the focus on planning. A young engineering executive with a Japanese carmaker says things are planned months in advance and followed up as per plan. So when you are to send an e-mail, you are expected to send one right away without unnecessary delay.

Since typically Indians work with expatriate Japanese, they tend to view them as workaholics of sorts. It is also believed that many Japanese workers rarely use their holiday time to the full. They feel it is their responsibility not to abandon others while they are still working, regardless of whether one’s work has been completed.

A senior executive who worked with a couple of Japanese companies says that kaizen or continuous improvement is the one things that Indians must learn from the Japanese. Comparing Indian and Japanese companies, he says the latter have a better understanding of, and faster reaction to, buyer expectations.

One key area that the Japanese are very particular about is punctuality. If there is one all-important area that Indians can emulate the Japanese is this area. “You will never find a Japanese late for a meeting," says one executive. "Even senior folks will arrive early and wait outside the designated meeting room,” he adds.

Today, Indians work shoulder to shoulder with people of other backgrounds and working styles. One can, therefore, assume that people will learn from one another's work ethic and appreciate different styles.

A Maruti spokesman says: "Maruti Suzuki has been the leading car company of this country since day one. And a large part of this success is a direct outcome of work culture here. For sure, absence of this culture would have meant a different scenario."