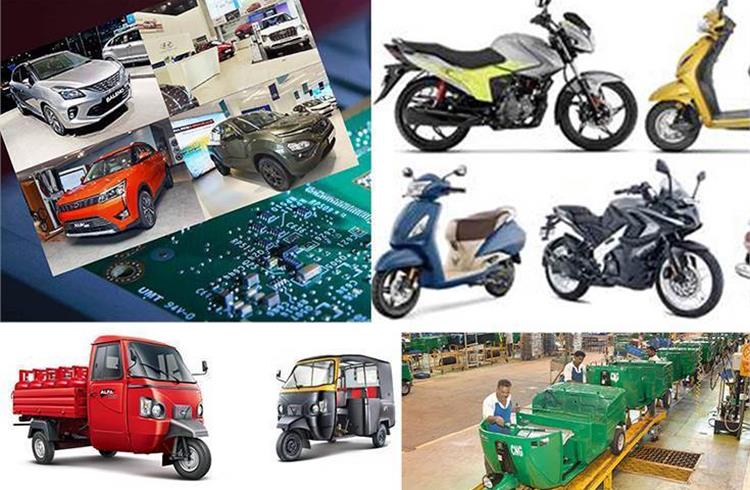 The retail sales numbers for all categories of vehicles for June, as announced by the Federation of automobile dealers associations (FADA), shows that  industry clocked 1,550,855 units last month (June 2021: 1,219,657), and registered a year-on-year (YoY) growth of 27.16 percent.

The industry’s quarterly performance was also in sync and recorded a notable 64 percent uptick. Retail sales across vehicle categories were pegged at 4,832,955 units between April and June 2022, as against 2,944,237 units in Q1 of FY22. However, there’s an 8 percent decline when compared to the pre-Covid levels of 5,260,403 units clocked in Q1 FY20.

While Gulati is confident that the demand parameters seem to be stable with the flurry of new car launches getting away with robust bookings, “waiting periods particularly in the compact SUV and SUV segments continued to remain high in the month”, he added.

Although far from over, the chip crisis has been under control to a certain extent, with industry experts indicating at a mid-2023 timeline when the problem will be completely resolved. Carmakers continue to keep a careful watch on the situation, are and are acting swiftly in taking corrective actions to manage inventories.

Despite the uptick, two-wheelers continued to be in the slow lane, with FADA flagging issues such as high acquisition cost, high fuel prices, as well as inflationary pressures as the prime reasons for the comparatively slower growth rate compared to what the industry has already witnessed in FY20, when it breached the four-million-unit mark in the first quarter itself. With the monsoon hitting major parts of India, June also happens to be an inherently slower month for two-wheeler sales across the country.

With sales of all vehicle categories being in the green, the Indian automobile industry is likely poised to witness a cheerful festive season, given there aren’t any major external disruptions. However, FADA has raised red flags in terms of the increased inflationary pressure due to the Russia-Ukraine crisis, as well as the high fuel prices driving up transportation costs. While easing off of the semiconductor supplies is a sign of relief, concerns regarding the instability in rural economy still loom large. “If rural India stabilises, the industry will enter the festive season on a happy note,” commented Gulati.