With lockdown in many states and factory shutdowns across the two-wheeler ecosystem, industry is preparing for a washout May. 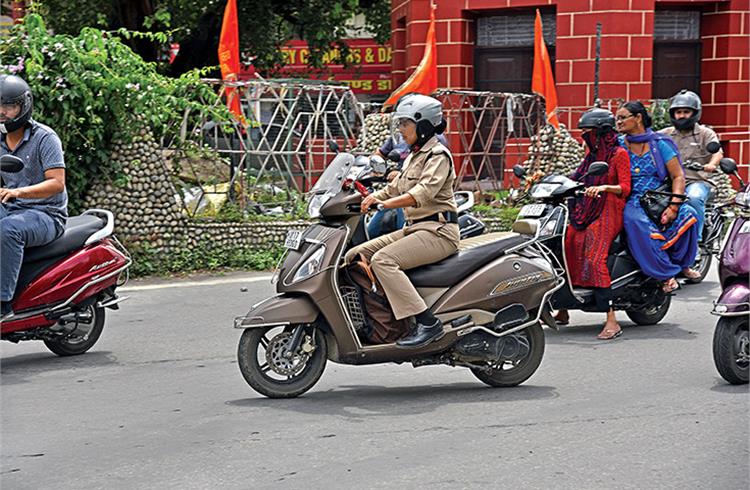 The second wave of Covid across India has been kind to none, and lives and livelihood has been affected across states in India. Though the affordable and widely used two-wheeler market was amongst the first segments to see green shoots in a post-Covid revival last year (2020), the trajectory seems to be fast taking a turn for the worse.

With lockdowns in many states and factory shutdowns across the two-wheeler ecosystem, including the world’s largest two-wheeler maker Hero MotoCorp, HMSI, the going seems to be getting steep and the industry is more or less preparing for a washout May after drastic drop in April sales. The footfall in dealerships is also expected to reduce as a result of the lockdown and this is likely to push sales further lower.

It is also important to keep note of the fact that April sales cannot be compared on a year-on-year basis as last April was a washout month with complete lockdown to contain Covid.

Hero MotoCorp: 342,614 units
The world’s largest two-wheeler manufacturer, Hero MotoCorp had a rather quiet April. Temporary closure of plant operations and the retail outlets across several key regions in India impacted sales. It is down over 37 percent from March numbers with total sales of 342,614 units in April (March 2021: 544,430 units).

As the second wave of Covid-19 continues to spread, the company has decided to extend the shutdown at its manufacturing facilities across India, its Global Parts Center (GPC) in Neemrana and the R&D facility – the Centre of Innovation and Technology (CIT) in Jaipur by another six days till May 9. The plant is expected to be operational by May 10. 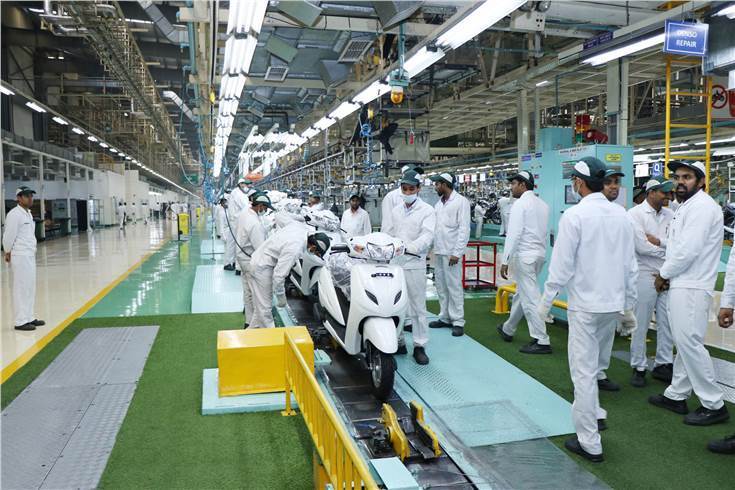 The going seems to get tougher as production at four plants – Manesar (Haryana), Tapukara (Rajasthan), Narsapura (Karnataka) and Vithalapur (Gujarat) will remain suspended till May 15 and the company will use this period for annual maintenance work. The combined manufacturing capacity of the four plants in 6.4 million units per annum.

However, the two-wheeler makers exports breached the 40,000 units mark for the first time in 36 months in April at 42,945 units.

The company is keeping a close watch on the Covid situation, the evolving business landscape and will review restarting operation accordingly in the short-term.

The company will be investing Rs 650 crore in a fourth plant in Chakan, Maharashtra for its premium motorcycle brand portfolio and the Chetak electric scooter to support the rising demand for its products globally.

The company also launched the new Hayabusa in April and the first batch of 101 units was booked within two days after the booking was opened.

Growth outlook
Given the on-ground situation in the country which is grappling with the unprecented Covid pandemic and the growing number of states which are imposing lockdowns, there is no doubt that May 2021 is set to be a month of poor sales for the two-wheeler as well as other vehicle segments. The worry for automakers will be if the lockdowns extend beyond May.

Furthermore, in what is a huge dampener to two-wheeler sales is the  shutting down of the big-ticket Delhi-NCR market, amid the wedding season which has begun in India this May and extends for a couple of months. It is well known that a large number of two-wheelers, mainly motorcycles, are gifted to grooms and dealers are often hard-pressed to cater to demand. This year around, the scene is very different and inventory levels are rising which will have a ripple effect on the industry's fortunes.