Feel good sentiments are back in the highly-competitive two-wheeler segment as sales register a nine percent growth with a few unexpected turns along the way. 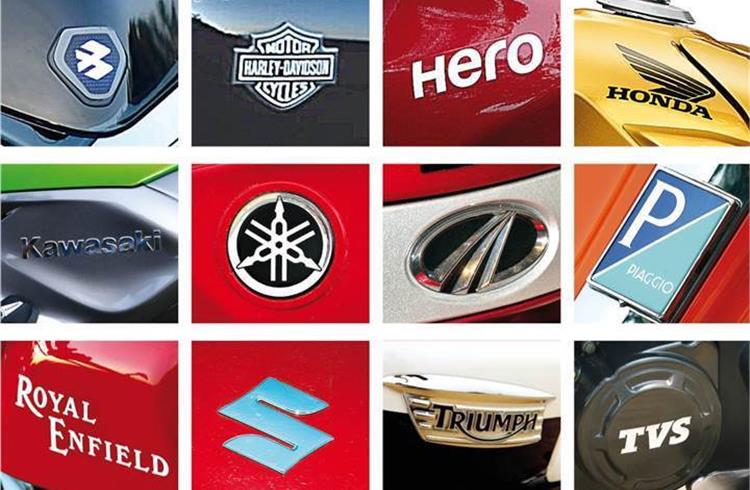 In a surprise upset, Honda Scooter & Motorcycles India (HMSI) has pipped Hero MotoCorp's market leadership to emerge as India's Number One two-wheeler maker, as per data from the Vahan portal.

Despite Hero Moto Corp reporting a 0.4 percent increase in wholesale to 5,07,690 units on September 22, from 5,05,462 units on September 21, India's largest two-wheeler maker lost its Number One spot to HMSI as per the retail sales information provided by Vahaan data.

The battle between Hero MotoCorp and Honda in terms of retail volume margins that stood at an all-time high of 1.70 lakhs on May 22, started to narrow down to 53,356 units in July, and further slimmed down to 20,658 units in August this year. The most interesting slugfest seen in the market has been the tug-of-war between the two giants. The Honda Activa was seen giving the Hero Splendor some heavy competition. The reason for this is the opening of schools and colleges, higher MNREGA spending from the government increasing disposable incomes at the farm level and middle-income groups preferring a gearless scooter over a geared one.

Honda smartly increased its footprint to its Red Wing & Big Wing dealerships while electric two-wheeler makers were clawing into its traditional ‘Splendor’ segment by introducing a slew of models at the sweet spot of Rs 60,000 to Rs 90,000 price range.

“The Navratri period in UP, Bihar, Gujrat, and Rajasthan is turning out to be a big growth engine for Honda’s mid-sized motorcycle sold exclusively through its 50-odd bi-wing outlets,” said the marketing head of a competing two-wheeler brand. “Honda has truly changed its gears in rural areas with increased distribution in unrepresented territories that were the fiefdom of Hero Moto Corp,” he further added.

Atsushi Ogata, MD, President & CEO, HMSI commenting on the two-wheeler makers’ September performance stated that strong demand backed by the festive inquiries at dealerships has pushed Honda numbers to the maximum “All our dealerships are witnessing a visible rise in physical walk-ins and customer inquiries,” he said.

Hero Moto Corp is looking forward to its post-Dussehra Vida launch to shore up its image and regain its lost ground in the mainstay ICE two-wheeler market.

The results of some of the other players too were quite encouraging. The following numbers are broad wholesale numbers for the domestic market.

1) Hero MotoCorp: 5,07,690 units
Hero Motocorp has reported a marginal drop in sales for September 2022. The company sold 5.19 lakh units as compared to selling 5.30 lakh units in the corresponding period a year ago, a decline of 2.1 percent.

While monthly exports, at 12,290 units, have shown an increase of 3.5 percent, YoY figures have shown a steep decline. Exports for the Indian automaker have fallen by 50.6 percent compared to last year when it managed 24,884 units.

3) Suzuki Motorcycle India: 72,012 units
Strong demand for the Hamamatsu-based bike maker’s line up consisting of Access, Burgman Street, and Avensis 125 cc scooters, to premium models like the Hayabusa, Katana, and V-Strom 650 XT motorcycles has helped the two-wheeler maker clock its all-time high of 86,750 units since 2006.

Satoshi Uchida, Managing Director, Suzuki Motorcycle India sharing his reaction to the sales stated that the highest monthly figures are despite supply constraints. He said that he is hopeful for the “The auspicious festivities in October to continue this sales momentum.” In the year-to-date data Suzuki sold 4,54,070 units between April and September this year registering a 25.7 percent growth annually. With domestic sales of 72,012 units in September, Suzuki recorded a growth of 11.4 percent compared to its sales for the previous month.

When compared to their figures for September of last year — 55,608 units — it marks a rather substantial increase of 29.5 percent as well.
While Suzuki Motorcycle India has had its best-ever month domestically, export figures have taken a slight downward turn. When compared to its figures for August, 14,905 units, its figures for last month, 14,738 units, showed a marginal decline of 1.1 percent.

The iconic motorcycle brand outperformed its pre-pandemic numbers of 54,858 units registered in September 2019 the pandemic period.

Sharing his reaction to the exceptional performance, B Govindarajan, CEO of Royal Enfield said the success of Hunter 350 has helped the company to climb the numbers chart. “As we move ahead, we are confident that the Hunter 350 will unlock newer markets for us,” he said.

The Hunter 350 competes with models like Honda CB350 RS, Yezdi Scrambler. Domestically, RE has managed to increase its sales compared to last month by 18.3 percent, with a total of 73,646 units sold this month.

Royal Enfield managed to export 8,451 units last month when compared to its August figure of 7,876 units, an increase of 7.3 percent. When compared to its export figures for last year, which stood at 6,296 units, exports have also increased significantly by 34.2 percent.

The Pune-based automaker reported a two percent dip in total sales at 3,94,747 units for September 2022 as compared to sales of 4,02,021 vehicles in the same period a year ago.

The export front also witnessed a decline for Bajaj Auto. The company reported a 33 percent drop in exports to 1,40,083 units from 2,09,673 units in the year-ago period.

The only silver lining for the two-wheeler maker was a decent spike of 13 percent in commercial vehicle sales for September 2022 at 46,392 units as compared to 40,985 units in September 2021.