Hero MotoCorp, HMSI, TVS and Bajaj Auto, which together command 88% of India’s two-wheeler market, are all hit by poor domestic market demand. And cumulative export sales are flat too. 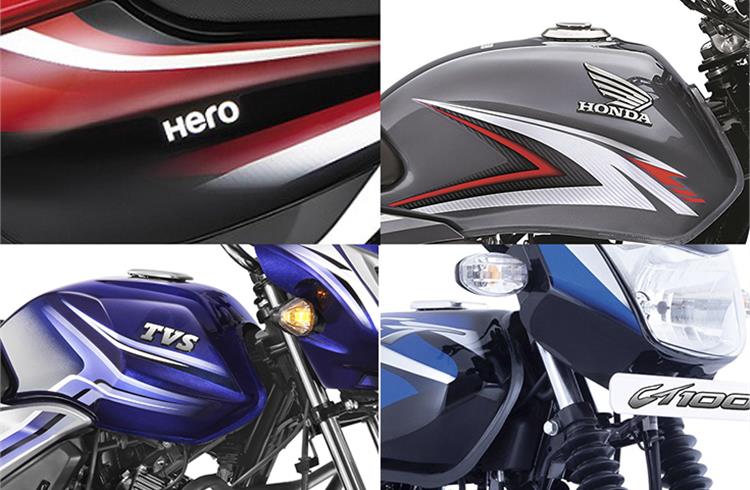 On December 1, four hours after it released its wholesales numbers for November 2021, Bajaj Auto, which is currently India’s No. 4 two-wheeler manufacturer (in terms of domestic market share) announced that it had become the No. 1 motorcycle manufacturer in November when domestic and export numbers (338,000 units) were combined. India No. 1 OEM Hero MotoCorp’s motorcycle wholesale for November were 329,185 units.

While this is statistically true, what the sales numbers released by five leading two-wheeler OEMs including the Top 4 reveal is that their cumulative sales last month are down sizeably – at 950,755 units, combined sales of Hero MotoCorp, Honda Motorcycle & Scooter India, TVS Motor Co, Bajaj Auto and Royal Enfield are down 36% year on year (YoY). Extend the math to their sales in the previous month, and the news is not good – a month-on-month (MoM) comparison indicates sales are down by 33% (October 2021: 14,20,550 units).

Given that October 2021 numbers (15,41,621 units) were a 25% decline over year-ago sales of 20,53,814 units, November’s MoM decline will surely have captains of the two-wheeler industry worried and looking for market-friendly solutions.

A clue and an advance warning to the poor sales in November 2021 had come in the third week of October, when dealer body FADA had announced retail sales numbers for October. At the time, Vinkesh Gulati, president of FADa, had said: “The two-wheeler category continues to face the brunt of low sales with the entry level category being the biggest spoilsport. The rural distress in retails coupled with frequent price hikes, triple-digit fuel prices and customers conserving funds for healthcare emergencies kept the demand low. In fact, walk-ins and customer inquiries were also ultra-lean during the festive period.”

FADA had said that two-wheeler inventory levels had reached 40-45 days and are a cause of great concern for dealers. It called upon OEMs to work towards bringing down the inventory to 21 days while also urging them to come forward with attractive customer schemes to revive rural demand as well as the entry level category.

Clearly, the lack of sustained demand in the entry level 100-110cc commuter motorcycle category, which provides the bulk of the sales, is hurting OEM and overall industry numbers. Poor sales in the entry-level motorcycle market are a result of slackened demand from rural India, the biggest buyer of fuel-efficient commuter bikes. What’s more, with urban India still to come out fully to work, potential buyers have deferred their purchase decisions. Adding to the vexing issue of slackened sales is that retail finance companies are a bit more cautious when it comes to disbursing funds for the entry level segment as compared to executive or higher-segment motorcycles. 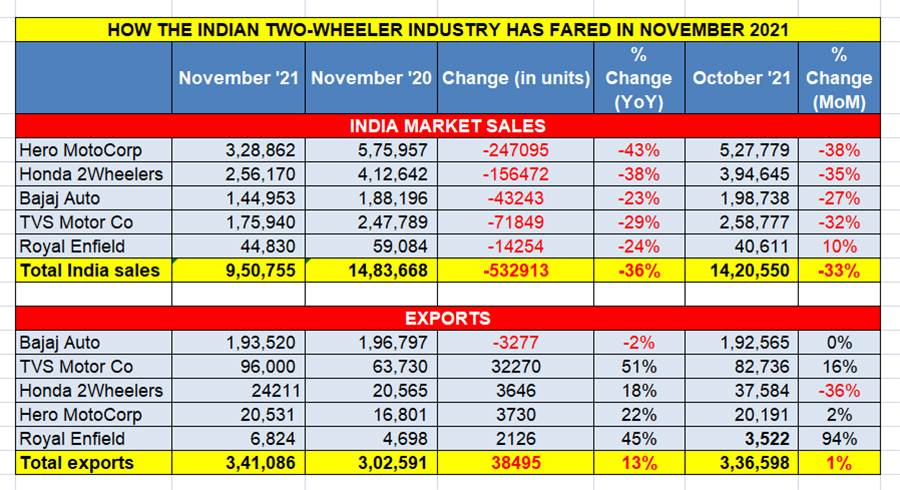