These top five best-selling models account for 48.50% of total UV sales in January 2021, leaving the balance to 70-odd models also in the fray. 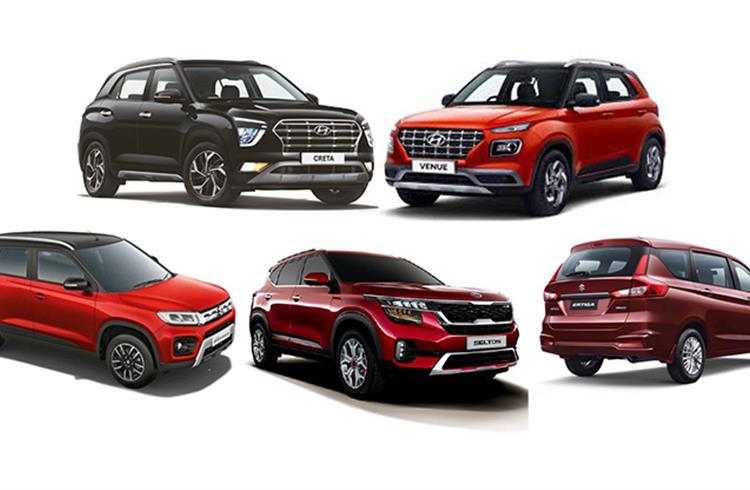 Of the many UVs in the market, comprising mainly SUVs and some MPVs, some see surging demand come their way. The top five best-selling models, between them, account for 48.50% of total UV sales in January 2021, leaving the balance 51.50% to the remain 70-odd models also in the fray.

Come along for the number-crunching ride as we take a close look at how this five-pack has performed in January and the past 10 months of FY2021.

The new Hyundai Creta, now in its 11th month of sale in India, continues firing on all cylinders. The popular SUV is maintaining its pedal-on-the-metal position in the Top 5 stakes even as the competition is growing in the markeat.

The importance of the new Creta to Hyundai’s standing in the market as the No. 2 player can be gleaned from the fact that of the total 166,837 UVs it has sold in the past 10 months, the Creta accounts for 57%.

The new Creta, which competes with the Kia Seltos, MG Hector, Renault Duster and Nissan Kicks, is very much on the upswing. The Creta, along with the Venue, has helped drive Hyundai’s UV market share to 21.16% , just below Maruti Suzuki India which has 22.32 percent. 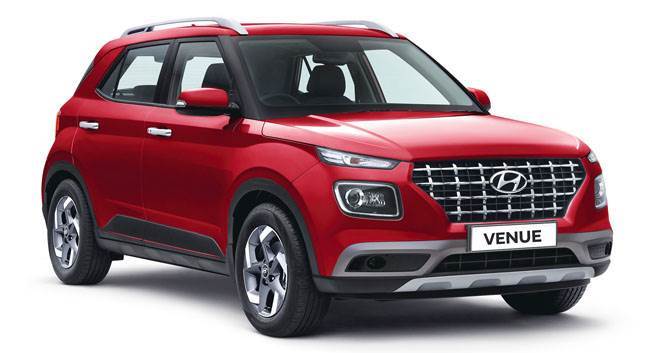 The Hyundai Venue, whose sales have picked up in the past couple of months, is back in the reckoning with a strong 11,779 units, which is its second-best monthly performance, after December 2020’s 12,313 units, in the fiscal year till now.

Unlike its sibling Creta which sees customers preferring it in diesel guise, the Venue sees overwhelming demand for its petrol variants. Between April 2020-January 2021, the Venue has gone home to 71,026 buyers with the fuel-wise variant split being 54,132 petrol and 16,894 diesel or 76:24 in favour of petrol.

The recent past has seen Hyundai introduce minor updates to the Venue. In addition to the upgrade to BS VI, the company has added a new ‘Sport’ trim and a clutchless manual gearbox, or intelligent manual transmission (iMT) in Hyundai-speak, to the model’s line-up. But new competition in the form of the Kia Sonet, Toyota Urban Cruiser, Nissan Magnite and Renault Kiger is already in the market. 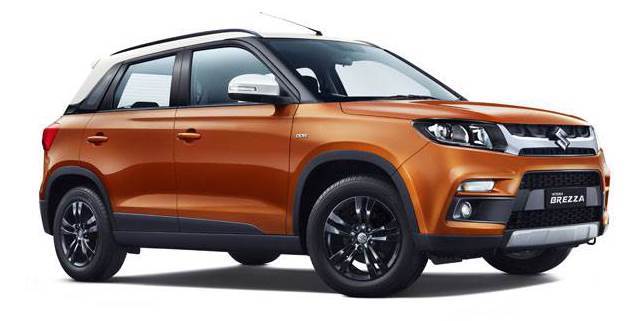 The Maruti Vitara Brezza, which is now available only in petrol, clocked despatches of 10,623 units, in January 2021, taking its April 2020-January 2021 total to 71,776 units. It marks smart resurgence of demand for the model, which has traded places from diesel to petrol.

The Brezza is retailed through the company’s Arena network, which has around 2,600 outlets spread across 1,900 cities. The massive footprint, combined with the automaker’s brand image, is expected to continue being a significant force behind the Brezza’s sales. At No. 4 is the Seltos, Kia Motors India’s first product launched on August 22, 2019. A year ago, barely two months into its launch it had sold 12,788 units and taken the top position too. The new Hyundai Creta rolled out in March 2020 and since then the Seltos has been feeling the pressure. Sibling Sonet’s recent rollout and the fact the overwhelming market demand for compact SUVs also seems to have impacted Seltos numbers.

The Seltos has been instrumental in giving Kia a strong foothold in the Indian market and the company currently has a 15.20% UV market share – not bad for an 18-months-in-the-market OEM which is fourth in the pecking order among 16 UV players.