The scooter segment is still feeling the heat of the Covid-induced lack of demand. Nonetheless, there are the movers and shakers. Here’s taking a look at the best-sellers in August 2020. 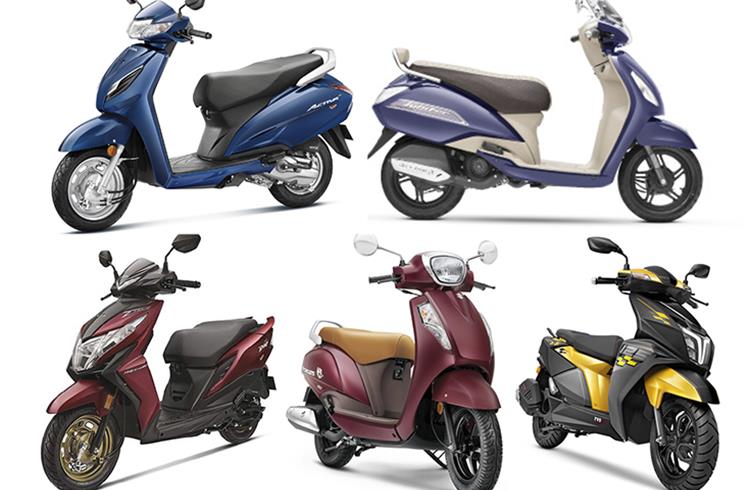 Even as the overall Indian two-wheeler market begins the fight to return to growth following a very troubled start to the new fiscal, the scooter market is yet to pick up momentum. In August 2020, the two-wheeler segment clocked sales of 1,559,665 units, which marks marginal 3% year-on-year growth. However, while motorcycles (1,032,476 / 10.13%) and mopeds (70,126 / 25.65%) are back in the black, scooters (456,848  -12.30%) are still feeling the heat of the Covid-induced lack of demand. Nonetheless, even in a dampened scenario, there will always be the movers and shakers. Here's taking a closer look at their performance in August 2020 as well as their cumulative sales in April-August 2020. For as long as one can remember, the Top 10 scooters list has had the Honda Activa as the unrivalled supremo. And that will stay for a long time  to come because although demand has dropped substantially over the past year or so, the gap between this popular Honda and the second-placed scooter continues to be a yawning one.

Nonetheless,it is expected that the Activa, which has proven to be a very reliable machine over the last 20 years, will bounce back albeit the return to former glory days is some time away.

The new BS VI-compliant Activa 6G is definitely a better scooter than its predecessor. Not only is it 'greener', but it is also a lot better equipped and has a lot more going for it as an overall product. However, these updates come at a price – Rs 63,912 (Standard) and Rs 65,412 (Deluxe). It costs around Rs 7,500 more than the 5G, which is about okay when you consider all the work that has gone into it. It’s also only slightly more expensive than its direct rival, the TVS Jupiter (Rs 61,449-67,911). The TVS Jupiter, the flagship scooter for the Chennai-based OEM, takes second place in the Top 10 chart with 52,378 units (August 2019: 57,849 units). Despite the price hike, the base variant of the Jupiter still holds a competitive price tag. In BS VI form, the scooter develops 7.4hp, which is 0.5hp less while peak torque remains the same at 8.4Nm. TVS also claims that the BS VI Jupiter now delivers 15 percent better fuel efficiency.

Like the Honda Activa, YoY demand for the Jupiter is down. In the April-August 2020 period, the Jupiter has sold a total of 147,814 units, down a substantial 48 percent.

On August 24, TVS launched the new Jupiter ZX variant that also gets TVS' new 'i-Touch Start' silent-start system. Besides a disc brake and the silent-start technology, this ZX variant also gets a new all-in-one lock system. It integrates the ignition system, seat, and fuel-cap lock release into a single keyhole, allowing the rider to access these functions easily.

Mechanically, the new TVS Jupiter ZX Disc is identical to the rest of the BS VI Jupiter line-up. It is powered by a 109.7cc, single-cylinder, air-cooled fuel-injected engine that develops 7.5hp at 7,000rpm and 8.4Nm of torque at 5,500rpm. Other standard features include an LED headlamp, a telescopic fork, and a 21-litre boot.

Interestingly, the new Jupiter ZX Disc variant is priced slightly below the range-topping Jupiter Classic (Rs 69,602), which does not get the silent-start system and is only available with a drum brake setup. The Honda Dio has zipped past the Suzuki Access 125 to take third place. The Dio was completely reworked when the company made the switch to BS VI. Almost everything is new, including the 7.8hp/8.8Nm, 110cc engine borrowed from the Activa 6G. The scooter also has a new frame that runs a telescopic fork and a larger 12-inch front wheel. Honda has also redone the styling and added many new features like a fully-digital instrument cluster, silent-start system and an external fuel filler cap. In June 2020, Suzuki, for the second time since the BS VI model was introduced in January 2020, hiked the Access 125’s price to Rs 64,800. Between the BS IV and BS VI model, the price of the current Access 125 has risen by nearly Rs 10,000, something which would be difficult for buyers to handle in the ongoing difficult times. 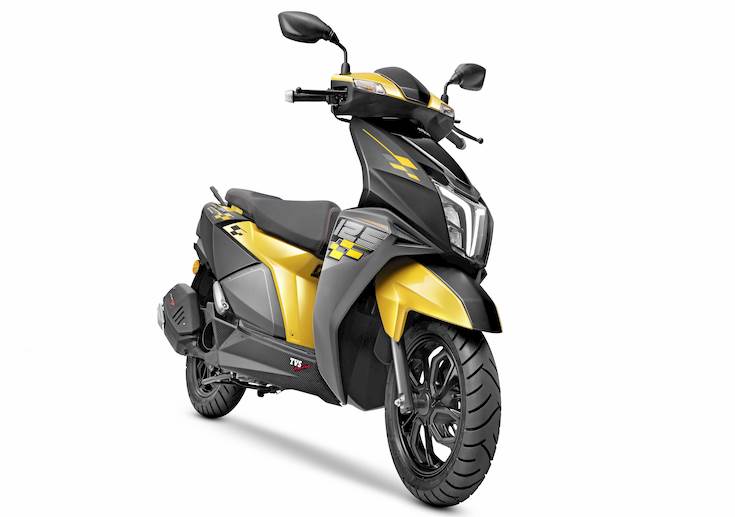 Targeted at millennials, the NTorq, which is TVS' first 125cc scooter powered by a CVTi-REVV 124.79cc, single-cylinder, 4-stroke, 3-valve, air-cooled SOHC engine that develops 9.4hp at 7500rpm and 10.5 Nm at 5500rpm. The NTorq comes with several segment-first features including the TVS SmartXonnect, which offers Bluetooth connectivity with the rider’s mobile phone (via a mobile app), thus providing navigation assist, location assist, call / sms alerts, rider stats and several other features. The TVS NTorq became the only scooter in its segment offering a fully digital console with over 50 features.

Once the talk of the town which has clocked over 500,000 sales in the domestic market, can the NTorq walk the consumer talk again? Last year, the Hero Pleasure received a much-needed overhaul after 14 years. The update was quite thorough and included everything from its design to its mechanicals. The BS VI upgrade did not impact the 110.9cc engine’s power and the scooter continues to produce 8.1hp and 8.7Nm. The Hero Pleasure Plus is the most affordable 110cc scooter in India. 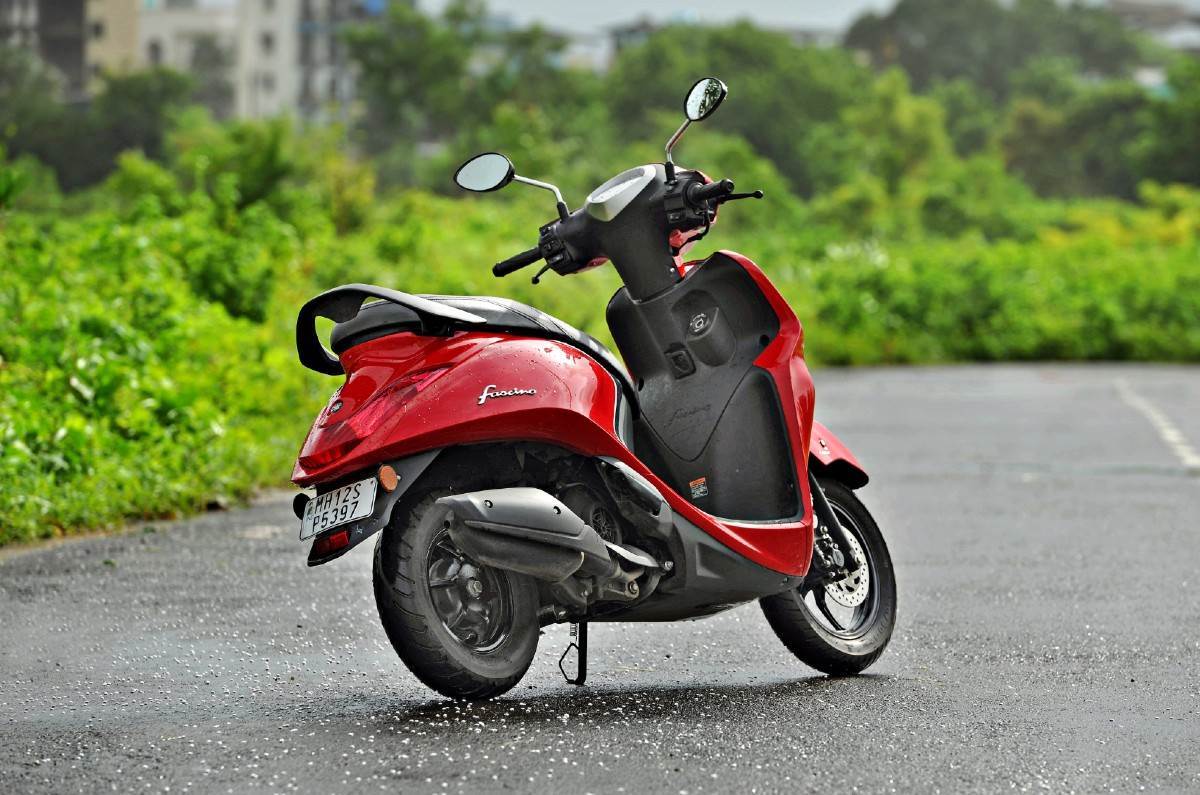 The Yamaha Fascino is powered by a new 125cc, fuel-injected, air-cooled engine that produces 8.2hp at 6,500rpm and 9.7Nm of torque at 5,000rpm. These figures are pretty much in the same ballpark as the Activa 125 BS6 but are considerably lower than the 125cc scooters from TVS, Suzuki and Aprilia. The updated model's output figures are 8.2hp/9.7Nm which results in a noticeable improvement in performance. Yamaha also claims that the new engine is 16 percent more fuel efficient (at 58kpl) in its tests as per the WMTC (World Motorcycle Test Cycle) which includes start-up, acceleration and deceleration.

The Ray ZR 125 has also been equipped with a quiet engine-start system and a stop/start system. The Street Rally also includes other features like a new digital instrument cluster, and a wider 110-section rear tyre. The new Ray ZR125s feature a beefier design and the Street Rally variant also comes with a host of accessories including a front and rear crash guard. 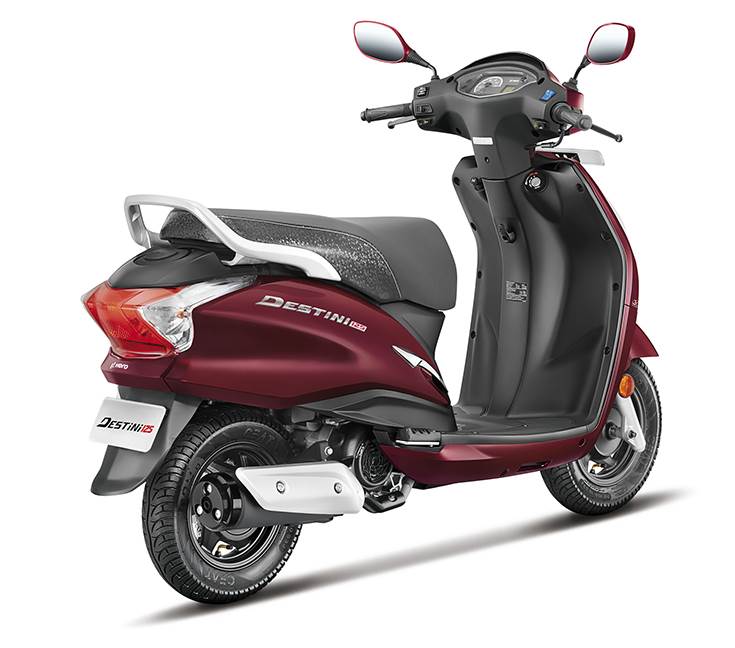 Things seem to be improving for the Hero Destini 125. The competitively priced 125cc scooter is even more affordable than Honda’s 110cc Activa 6G, which is quite impressive. The BS VI Destini develops 0.2hp and 0.2Nm more than the BS4 version, taking total output to 9hp and 10.4Nm of torque. In June, Honda launched the BS VI iteration of the Grazia scooter. Considering its styling, performance and the demography it attracts, it finds itself in the company of some other sporty 125cc scooters, like the TVS NTorq, Yamaha Ray ZR 125, Suzuki Burgman Street and Aprilia SR 125.

The Grazia may not be the most powerful or feature-equipped scooter here, but it has all the virtues of a refined Honda machine with the added bonus of an appealing design. With prices starting from Rs 73,912, it’s also one of the more affordable options in the category. The Grazia offers a fine balance between performance and practicality, and in its new avatar is one of the freshest scooters in the 125cc segment.

Scooter market growth outlook
How will the going be for the scooter market in the coming months? With  the bulk of scooter demand primarily coming from urban India, which is currently the most impacted by the pandemic and reduced economic activity, the return to speedy growth for this segment seems to be some months away. It could even be around the turn of 2021.

Nonetheless, with the festive season not too far away, scooter OEMs will be looking to sweeten their offerings even as they offer contactless purchases in a time of social distancing. Watch this space for regular sales updates. 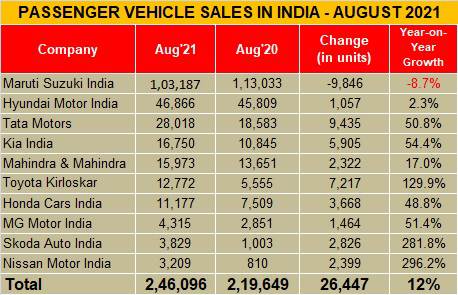