Maruti Suzuki maintains its stranglehold on the PV segment with all of seven models; sees demand growing smartly for its CNG models. 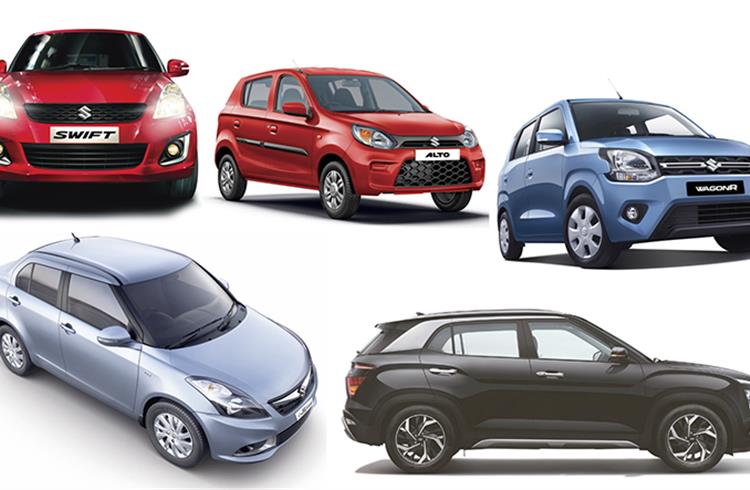 Look at the sales table below, compare the August 2020 and August 2019 sales numbers and you’ll see that all models, other than the Maruti Baleno, have bettered their year-ago sales. This performance coming ahead of the festive season augurs well for the industry, which has been battling Covid-induced lack of demand in an embattled economy since the beginning of this year.

The comparison between the April-August 2020 numbers will see a sharp downturn because April was a Covid-impacted zero production-and-sales month, May was a truncated one, and sales began in a tepid fashion only in June. Here’s looking at the top performers in August, which turned out to be quite an august month for the PV segment.

This cute little hatchback, which is arguably India’s most-loved car, is a permanent fixture on the best-sellers list. In August 2020, with sales of 14,869 units, it beat its sibling, the entry level Maruti Alto by just 472 units. Compared to August 2019’s 13,274 units, last month’s numbers are a 12% improvement.

The most affordable Maruti, the Alto sold 14,397 units – 709 CNG and 13,688 petrol – last month, compared to August 2019’s 10,123 units, growth which is indicative of the fact that demand is returning to the entry level hatchback from town and country. This number 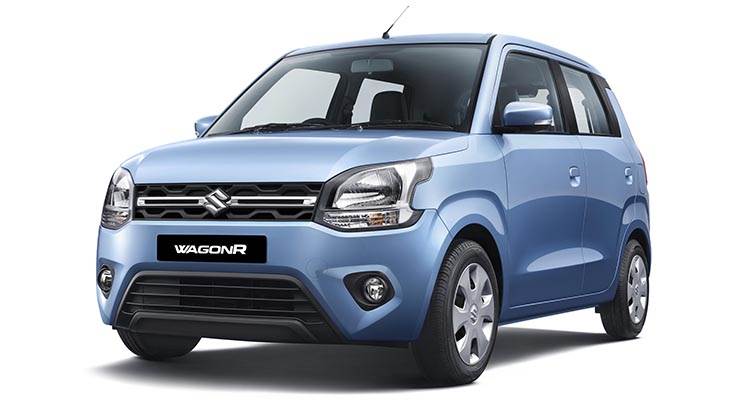 Interestingly, what is helping this growth for the New Wagon R is the growing consumer demand for the CNG-powered model. Over a year, demand has risen remarkably from 447 units to 4,123 units in August 2020. Furthermore, as a percentage of sales in August 2020, the CNG model accounts for 30% of total Wagon R sales (13,770 units) as compared to 4% in August 2019 (447 units). This would be welcome news for Maruti, which has targeted selling a million more CNG cars in a shorter span of time than the first CNG-powered million took. 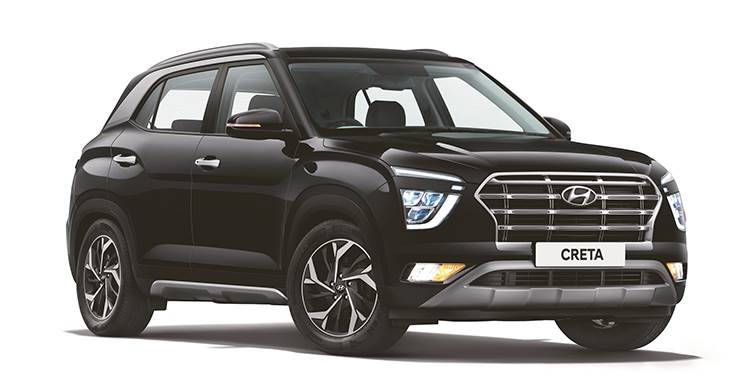 Hyundai Motor India’s new Creta it seems can do no wrong. Demand continues to surge for this midsized SUV and August saw it go home to 11,758 buyers, taking it to the top of the UV charts. As much as 56% of these (6,540 units) were diesel variants as compared to 5,218 petrol variants, indicative that the Korean carmaker’s strategy to remain bullish on diesel is paying off.

The new Creta, which competes with the Kia Seltos, MG Hector, Renault Duster and Nissan Kicks, is very much on the upswing. With the festive season around the corner, Hyundai will be doing all to ensure that the Creta stays where it is right now – at the top. It helps that the Creta has helped Hyundai to lead the UV market share table too at 24.59%, just ahead of Maruti Suzuki India which has 24.23 percent. 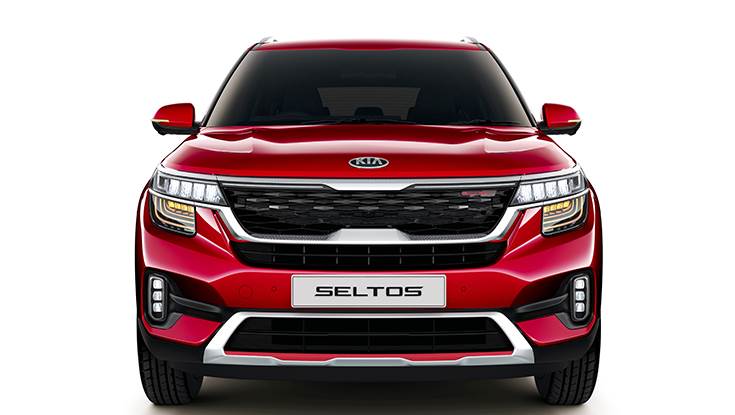 On June 1, Kia rolled out a 10-feature re-jig to the crossover’s variant line-up with pricing of the refreshed Seltos starting at Rs 989,000 ex-showroom, India. While it is premature in the auto industry for a carmaker to be bringing any updates to a model as fresh as nine months old, Kia’s step can be assumed to have come in response to the launch of the Creta from Hyundai – its sister company giving it the home-grown competition, which  starts at Rs 999,000 ex-showroom.

The Seltos has been instrumental in giving Kia a strong foothold in the Indian market and the company currently has a 12.79% UV market share – not bad for a year-old company and fourth in the pecking order among 16 UV players. 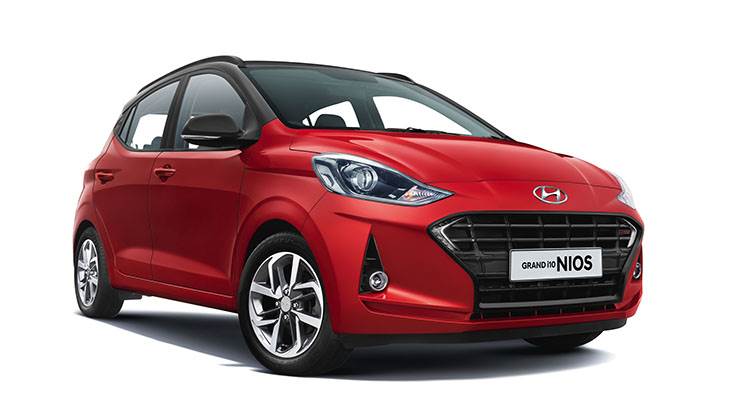 A replacement for the old i10 in 2013, the Grand i10 continues to soldier on to this date as a more affordable alternative to the newer Grand i10 Nios. Buyers can avail of benefits of up to Rs 60,000 on the hatchback which is available in two trim levels and solely with a 1.2-litre petrol engine. Those looking for an automatic gearbox option or a diesel variant though will have to look at the more expensive Nios.

Maruti Suzuki India's MPV, which was a surprising and a speedy mover in FY2020 with total sales of 90,543 units (39% YoY growth) is maintaining good sales momentum. 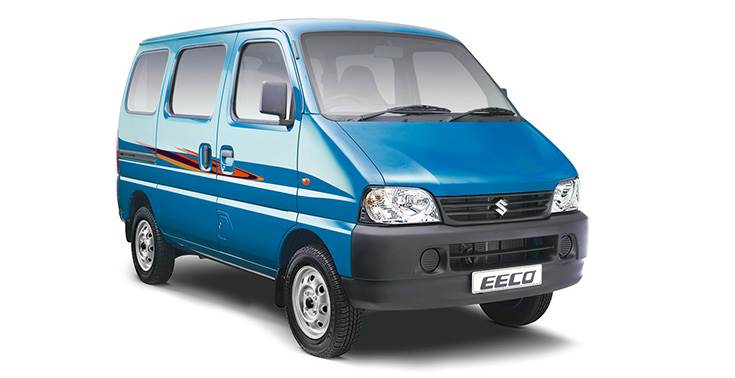 In March 2020, Maruti Suzuki launched the BS VI-compliant Eeco CNG. As before, the CNG model is targeted at both private and commercial buyers, with the latter getting the option to configure the model as a 5-seater (Tour V) or a cargo van.

The Eeco CNG for private buyers is priced at Rs 495,000 and is available solely as a 5-seater, with the Tour V (for commercial buyers) priced around Rs 1,000 less, at Rs 494,000. Air-conditioning is a standard fit, as are the driver airbag, ABS, front seatbelt reminders, reverse parking sensors and a speed alert system. Commercial buyers can also opt for the Eeco CNG in cargo van configuration, with this model priced at Rs 464,000 for the non-air-conditioned model and a pricier Rs 506,000 for the air-conditioned unit.

Growth outlook for the PV segment
Given August’s smart 14% growth, things can only get better for the overall PV segment. Demand for passenger cars, including entry level models has joined the surge in demand for UVs which are firing on all cylinders. With the Kia Sonet and Toyota Urban Cruiser having entered the hot-and-happening compact SUV segment last month, expect their numbers to further contribute to better times for the PV segment. With most PV makers increasing production levels and ensuring their dealers are well stocked and ready for the festive season, demand should remain consistent. OEMs will be keeping their fingers firmly crossed though.