Even as three Hero commuter bikes hold sway at the top, Bajaj Auto's aggressive market posturing with the CT100, India's most affordable motorcycle, seems to be paying off. 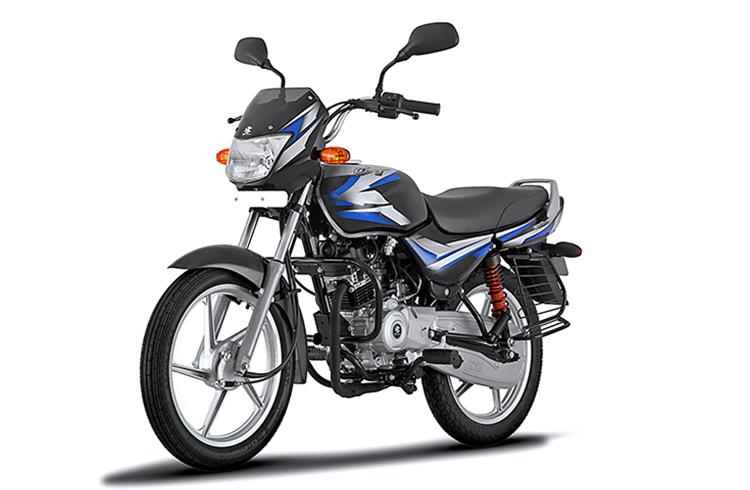 H1 FY2018-19 has been a good run for the motorcycle market with the segment registering record YoY growth of more than 13 percent during the period. Reversing the growth phenomenon within the two-wheeler categories (in H1 FY2019), motorcycles have outperformed scooters, thanks to the surge in the demand for 100cc commuter bikes.

Notably, motorcycles up to 110cc have recorded YoY growth of about 18 percent during the first six months of FY2019. Clearly, it is this segment that is pulling up the numbers for the whole category.

Hero MotoCorp and Bajaj Auto wrestle for the top slots in the coveted list, sandwiching Honda, TVS Motor and Royal Enfield in the process.

Hero MotoCorp, which commands a share of about 73 percent in the category of motorcycles up to 110cc, has its top four brands featuring in the Top 10-bestselling motorcycles list for September 2018. Three of these four occupy the top three positions in the coveted list every month, likewise in September.

Bajaj Auto, on the other hand, has claimed three positions in the list for last month, placing its CT 100, Pulsar and Platina at the top ranks.

The company's aggressive sales strategy has helped it gain sizeable market share. In the April to September 2018 period, the company has sold a total of 1,287,133 units, giving it a market share of 17.46 percent, up from 15.52 percent a year ago. This robust performance also helps the company ride past Honda Motorcycle & Scooter India in terms of motorcycle market share. HMSI currently has 15.11 percent, down from 16.09 percent in April-September 2017, for its sales of 1,113,801 bikes. Hero MotoCorp, of course, remains major domo with a 50.79 percent market share, with sales of 3,744,181 bikes in H1 FY2019.

The Hero Splendor tops the chart with wholesale dispatches of 285,508 units (up 15 percent YoY) in September. The company’s largest selling two-wheeler is followed by its second-best performing series, the Hero HF Deluxe range, which ranked second with despatches of 201,240 units last month, up 15.16 percent YoY.

The Hero Passion is third with sales far below the top two brands yet leading all others in the domestic market. The company despatched 95,057 units of its Passion variants last month, which were down by 3.54 percent YoY.

Bajaj Auto’s most affordable offering, the CT 100 family, is fourth in the Top 10-bestselling motorcycles list. The Bajaj CT reported despatches of 89,387 units in September, up by 13.88 percent YoY. The company is known to have pushed demand for its CT and other motorcycle brands by flooding the market with discounts along with other offerings such as free five-year warranty, free five-year insurance and others.

Also, the aggressive pricing of the CT 100, which  starts from Rs 32,000 for the CT 100 B variant (ex-showroom, Delhi), makes it the most affordable 100cc motorcycle in the domestic market. In contrast, TVS Motor’s XL Super moped comes with a starting price tag of Rs 31,559 (ex-showroom, Delhi).

Bajaj Auto’s flagship brand, Pulsar, ranks fifth with 89,374 units. Bajaj Pulsar volumes have grown by 6.28 percent YoY last month and are about 20,000 units better than the conventional despatch volumes of the Pulsar range, which is a good sign for the company.

At No. 6 is Hero MotoCorp’s 125cc Glamour range, which has reported dispatches of 82,864 units from the company factories. This, however, is down by a flat 2.09 percent YoY. Its arch-rival in the 125cc executive commuter motorcycle category, the Honda CB Shine has also reported a decline of 7.92 percent in its monthly despatches for September, which stood at 80,612 units. The Honda CB Shine ranked seventh in the last month’s list.

The Platina, yet another Bajaj Auto commuter motorcycle brand, has registered impressive volumes in September. The company dealers received 67,450 units of its Bajaj Platina last month, which is a substantial YoY growth of 41.37 percent.

Royal Enfield Classic 350 despatches for September are down by 7.66 percent YoY. Notably, the Classic 350 model is estimated to contribute by more than 65 percent of the total retail sales of Royal Enfield in India. Therefore, declining demand for the Classic 350 is no good news for Royal Enfield’s month-on-month dream run of the past few years. Nevertheless, all eyes now await the launch and commercial availability of its 650cc motorcycles – Interceptor 650 and the Continental GT 650.

Meanwhile, the two-wheeler industry looks forward to a continued momentum in the motorcycle segment, firstly during Q3 and Q4 of the ongoing fiscal, and in the run up to the implementation of the BS VI emission norms.