OEMs continue to face challenges on the production front 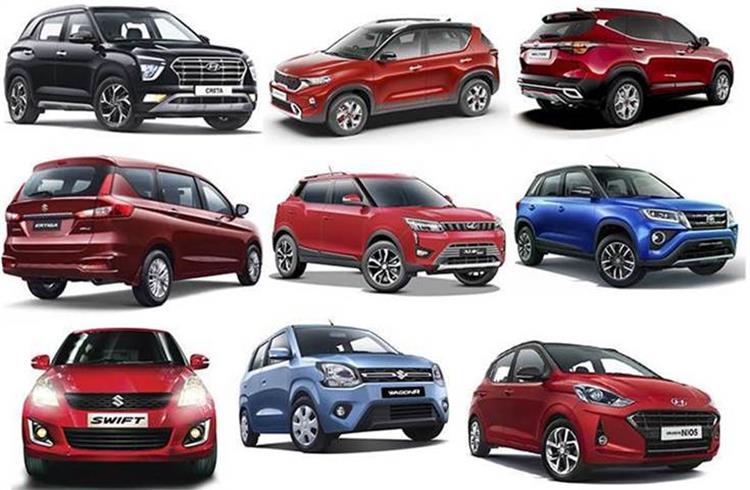 With the global chip shortage extending well into the new calendar year, OEMs continue to face production challenges, clearly visible from their wholesale numbers announced for the month of January. However, there is improvement in performance if the numbers are viewed from a month-on-month perspective.

The bellwether of India’s passenger vehicle segment – Maruti Suzuki India – reported a 7 percent year-on-year (YoY) decline in sales, arising out of the semiconductor supply constraints. The company also saw its entry-level models including the Alto and S-Presso register a 25 percent YoY decline, also indicating at a weak market sentiment, spurred by the pandemic and sky-high fuel prices.

Let’s take a look at company-wise sales numbers of the key carmakers for last month:

The company said in a statement that it is monitoring the global chip shortage and will make all efforts to meet customer demand. The waiting period on some of its popular models like the Creta, i20 and Aura CNG are soaring to up to 16 weeks depending upon the model and city.

Tata’s January sales post a notable 51 percent YoY uptick over previous year’s 26,978 units. The company registered a 43 percent uptick in sales of its conventionally-fuelled cars which went home to 37,885 buyers, while EVs registered over five-fold growth from selling 514 units in January 2021 to 2,892 units last month.

Tata Motors also claims that SUVs, at 28,108 units, comprised 69 percent of its total January sales while CNG models went home to 3,000 buyers. On January 19, the company entered the factory-fitted CNG segment with the launch of the Tiago and Tigor i-CNG, which contributed 42 percent of all sales of the two models in the debut month itself.

The agile performance of the carmaker is a hint of its superior handling of the global chip shortage compared to other manufacturers.

As per M&M, the company has billed 14,000 XUV700s to its dealers and is maximising its efforts to reduce waiting periods, which are soaring to several months across India.

According to Veejay Nakra, CEO, Automotive Division, M&M, “Despite various global supply chain challenges, we fulfilled our commitment of billing the first 14000 XUV700s by January 2022 and have registered close to 1,00,000 bookings since launch, a major milestone in the Indian SUV industry. We continue to closely monitor the semi-conductor related parts issue and take corrective action as appropriate.”

The company is gearing up to introduce its fourth product – the Kia Carens – in the market and aims to redefine the six- and seven-seat people-mover segment.

According to Hardeep Brar, VP and Head of Sales & Marketing, Kia India, “The month of January has been truly overwhelming for us, with our newest offering Kia Carens, receiving a record response with 7,738 bookings in just 24 hours. The Carens will further strengthen our positioning in the Indian market.”

The company attributed a part of the decline to the temporary weekend lockdowns which were reinstated in some cities to curb the spread of the coronavirus in the Omicron wave. According to Yuichi Murata, director, Marketing and Sales, HCIL, “The sales in the month of January got partially impacted owing to the weekend lockdowns in some cities but overall, the situation looks positive and steady. HCIL’s products have been getting despatched to our dealer partners in time, meeting the demand for Honda models. The market situation will improve with the reduction in the Covid caseload as we move forward.”

While it launched the updated Camry Hybrid last month, TKM reached the 100,000-unit sales milestone for its Glanza and Urban Cruiser – models bought from alliance partner Suzuki. The company claims these two cars have helped it tap 66 percent of the first-time buyers in the Tier I and Tier II markets.

According to Atul Sood, AVP, Sales & Strategic Marketing, TKM, “Both Innova as well as Fortuner continue to pique interest, as both the models have robust customer orders and this has increased our order pipeline significantly.”

The Nissan Magnite continues to pull demand for the carmaker which is on strong grounds in the entry-level compact crossover segment in the Indian market. According to Rakesh Srivastava, MD, Nissan Motor India, “Nissan India registered a cumulative growth of 203 percent YTD on the strength of strong demand for the Magnite, therefore, overcoming the headwinds of Covid-19 and lower supplies due to semiconductor shortage.”

The Magnite has garnered over 78,000 as per the company’s claims and over 42,000 units have been produced since its launch in December 2020, at the carmaker’s plant in Chennai.

MG Motor India: (4,306 / +20%)
MG Motor India too bucked the trend and registered a notable 20 percent YoY uptick in January sales with 4,306 units getting sold to customers through its showrooms across India. Company’s sales in January 2021 were pegged at 3,602 units.

However, the carmaker has cautioned facing challenges with the global chip shortage and supply chain constraints that continue to hamper production at its Halol plant in Gujarat.

The charge for the company’s revival is led by the India-specific Skoda Kushaq, which was launched in June last year and comes with over 90 percent localisation levels. According to Zac Hollis, brand director, Skoda Auto India, “We couldn’t have asked for a better start to the new year and it provides us with the right impetus needed to fulfil the targets we have set ourselves for 2022. We are looking forward to the rest of the year and are excited about the upcoming launch of Slavia, which along with Kushaq will drive our volumes going forward.”

The company is gearing up for the launch of the Slavia midsize sedan, which is slated to go on sale in March and rival the likes of the Honda City, Hyundai Verna and Maruti Suzuki Ciaz.