In February 2021, overall CV sales totalled 58,051 units, which is a percentage lower compared to a year ago and 6 percent lower than January 2021. 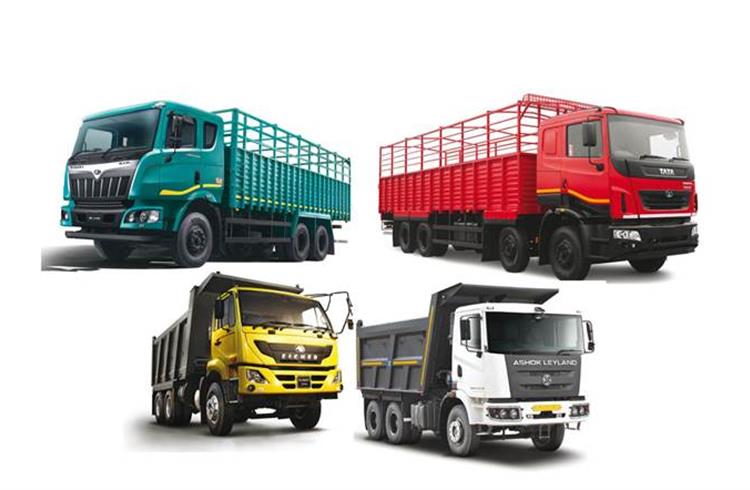 The shortest month of the year February has turned out to be a positive month for commercial vehicle manufacturers in India with everyone except for Mahindra reporting sales in positive territory, albeit on a lower year-ago base.

The global automotive industry has been witnessing a major supply chain challenge as the shortage of semiconductors has hit disrupted manufacturing plans for OEMs alike. For the Indian automotive industry, looking at the overall domestic CV sales for the four major OEMs a feeling of optimism clearly is in the air what with pent-up demand and the country’s sustained spending on infrastructure developing helping drive up demand.

In February 2021, overall CV sales totalled 58,051 units, which is a percentage lower compared to a year ago and 6 percent lower than January 2021.

The country’s largest second CV maker, Ashok Leyland reported a 20 percent YoY growth with sales of 12,776 units in the month, which is just 3 percent lower than January 2021.

For Mahindra, the supply chain constraint which has been pointed out by the management has been quite challenging. In the month, the company sold 9,202 units, which is 13 percent lower compared to the same month last year, and 31 percent lower compared to January 2021. According to Veejay Nakra, CEO, Automotive Division, Mahindra & Mahindra, “At Mahindra we have witnessed a growth of 44% in UVs for the month of February 2021. Demand continues to remain buoyant for our range of SUVs and Pick-ups and we have a robust order pipeline. However, supply of semi-conductors, as we all know, is a global issue and it is likely to continue for another 3 to 4 months. Going forward, we will continue to monitor the situation and closely work with our suppliers to minimise this supply risk.”

Volvo Eicher Commercial Vehicles (VECV), too reported healthy year-on-year growth of 25 percent albeit on a smaller base with sales of 4,825 units, which is 3 percent lower compared to January 2021. 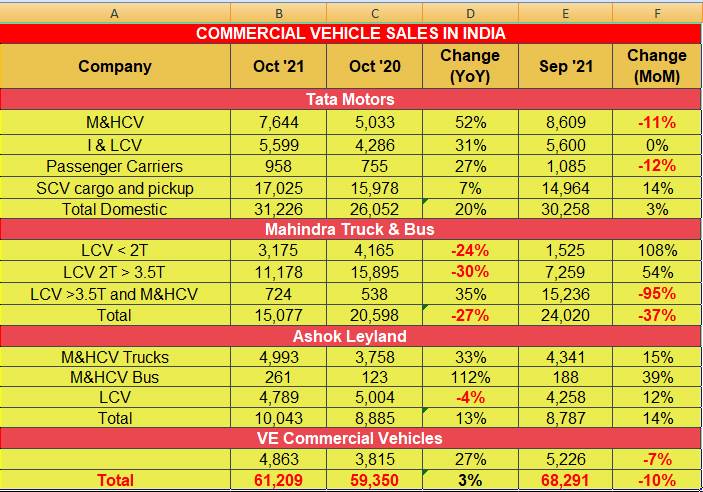