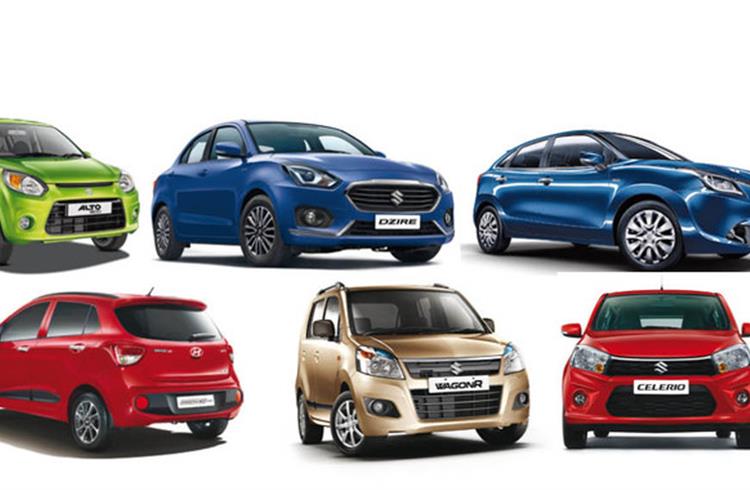 The financial year ended March 31 has been a record-setting one for the Indian automotive industry clocking double-digit growth of over 14 percent, and notching handsome growth across all segments. The passenger vehicle (PV) segment especially drove into the fast lane, with sales nearing the 3.3 million mark and concluding FY2018 with 3,287,965 units (FY2017: 3,047,582 / +7.89%).

While many factors, including the lowering of vehicle taxes post the implementation of GST in July 2017 saw PV sales move strongly throughout the rest of the fiscal year, the month of March put the numbers to close at 300,722 units (March 2017: 282,519), registering a 6.38 percent growth.

Maruti's magnificent seven
While there has been a dominance of Maruti Suzuki cars in the list of Top 10 PVs through the course of the year, a total of seven models from the company’s line-up emerged to be position holders in the tally for the entire fiscal, which is no less a mean feat. Selling a cumulative 258,539 units in the fiscal, Maruti’s entry-level Alto hatchback topped the charts, becoming the No. 1 selling car in the country. The car saw its sales grow 6.99 percent on a YoY basis, with sales in FY2017 standing at 241,635 units. While the Alto sits at the very bottom of the passenger vehicle segment, what is surprising, however, is the fact that another Maruti – the Dzire compact sedan, which sits a couple of segments higher in terms of its price positioning, went on to become the No. 2 best-seller in the country in FY2018. 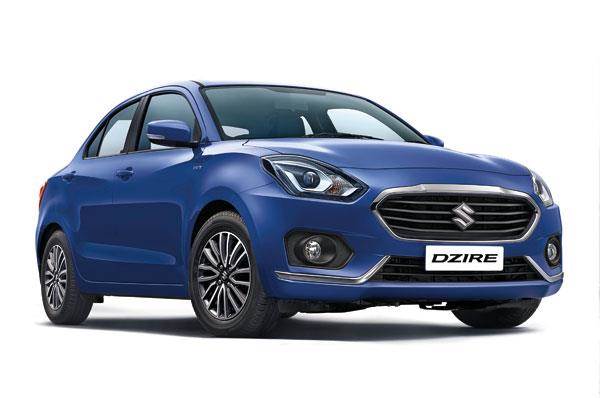 The Maruti Dzire, which saw its third-generation model being introduced in May 2017, gained instant popularity and set the sales chart afire, with the car even outselling the Alto in the month of September and registering monumental sales of 31,427 units in the month, where the Alto could only clock 23,830 units. The compact sedan cumulatively brought in volumes of 196,990 units for the carmaker between April-March 2018, growing at a considerable 17.77 percent (FY2017: 167,266).

The other five Marutis in the Top 10 list – the Baleno, Swift, Wagon R, Vitara Brezza and the Celerio – together account for a total of 778,235 units or 47.35 percent of the carmaker’s total PV sales in the fiscal. The Baleno is positioned as a premium offering from the carmaker, but, with the launch of the new Swift in February 2018, the gap between the two remains only marginal. What could still work in Baleno’s favour is the option of a proper CVT in its automatic variant, and the 1.0-litre turbocharged petrol motor in its RS trim. 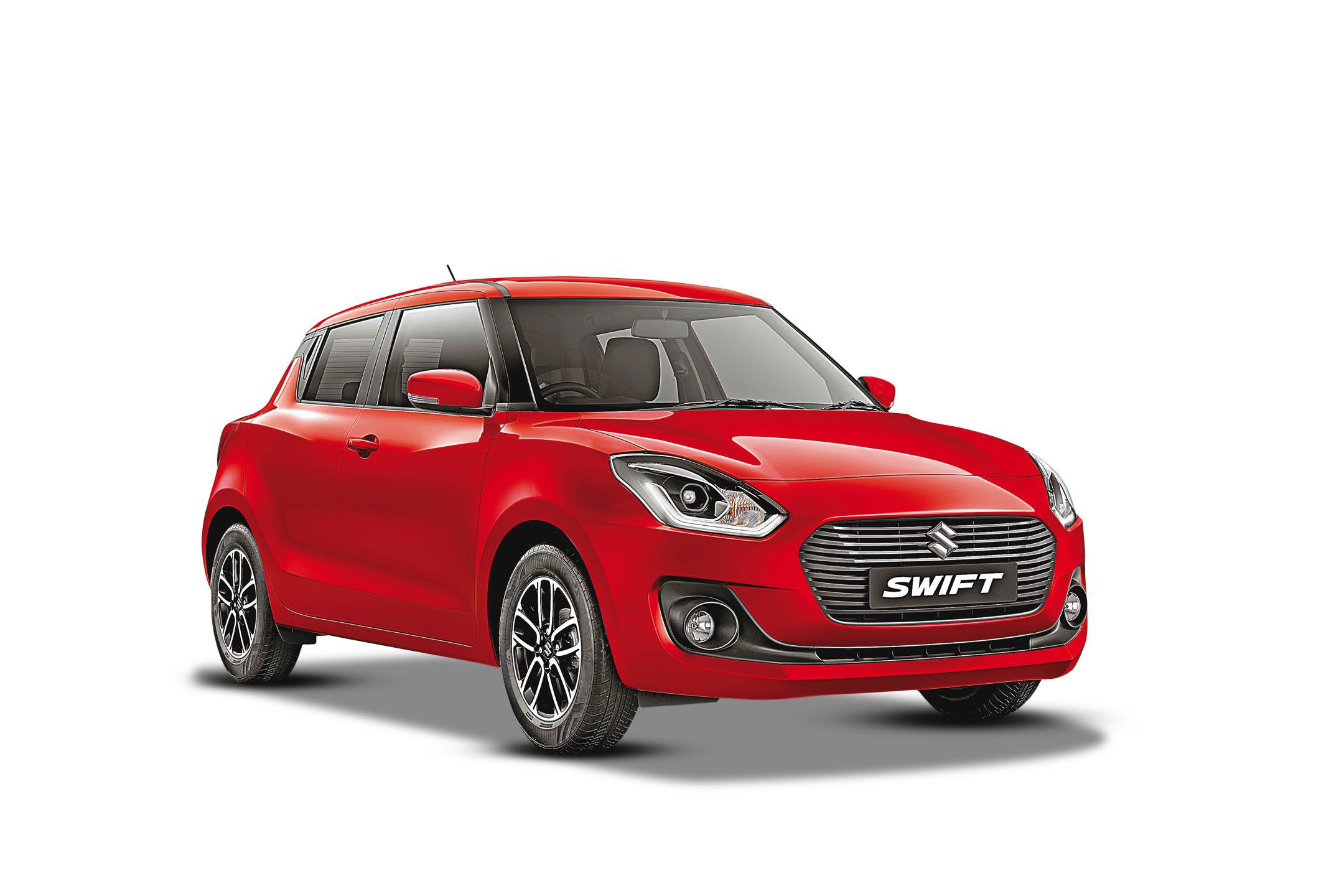 At No. 4 is the snazzy Maruti Swift hatchback, which clicks with the heart and the head of Indian car buyers like no other. The Swift cumulatively garnered sales of 175,928 units in the fiscal, registering a growth of 5.41 percent (FY2017: 166,885), and continuing to maintain its position.

The car has now been updated with an entirely new generation model, which lends it quite a few radical changes all across the car. With bolder new styling, along with touches like pillar-mounted rear door handles and dual-tone finished alloy wheels on the top-end trim, the third-generation Swift has only enhanced its strengths to become one of the most well-balanced packages on offer in the market today.

While the tallboy, Maruti Wagon R, seized the No. 5 position, going home to 168,644 buyers, the car, however, slid 2.14 percent in sales (FY2017: 172,346) in the entire fiscal. The negative growth could be attributed to tough competition from the Tata Tiago, which has made quite a compelling name for itself of being a value-for-money offering in the segment. 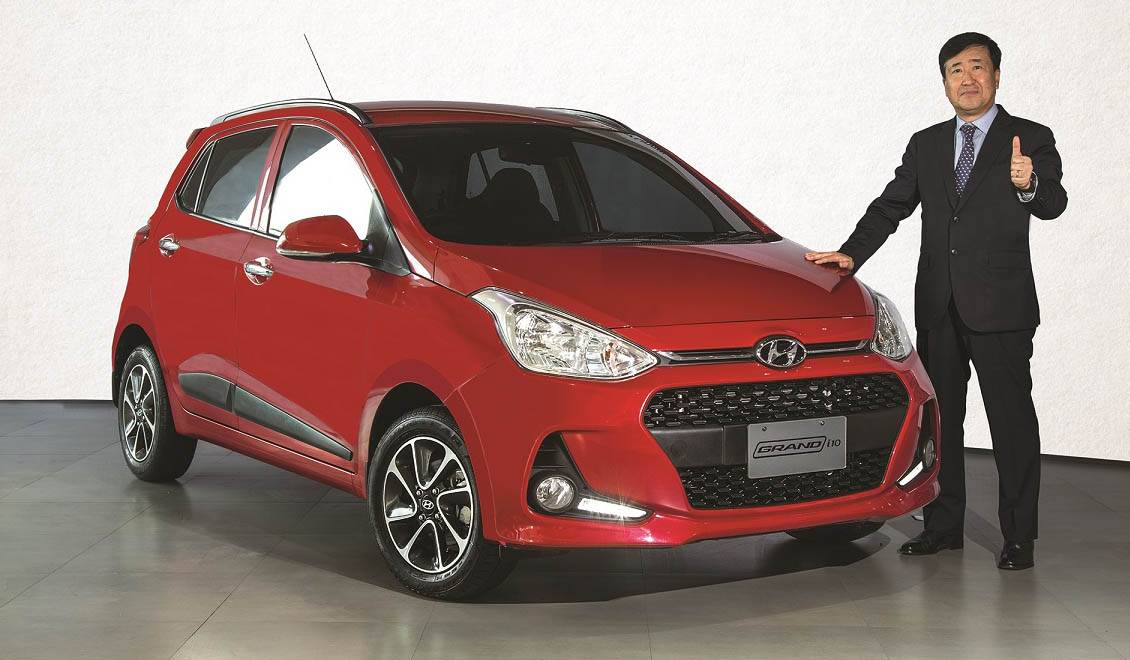 The No. 6 spot was taken by Hyundai’s Grand i10, which sold a total of 151,113 units, growing 3.34 percent (FY2017: 146,228). The i10 hatchback also received a makeover just before the start of FY2018 in February last year, and the update brought along some aesthetic tweaks to the outside of the car including a redesigned grille, bumpers as well as LED DRLs upfront. The car received subtle changes to the interior, including a 7-inch touchscreen infotainment system, and also a new 1.2-litre three-cylinder diesel motor, which was upgraded from the 1.1-litre motor doing duty earlier. 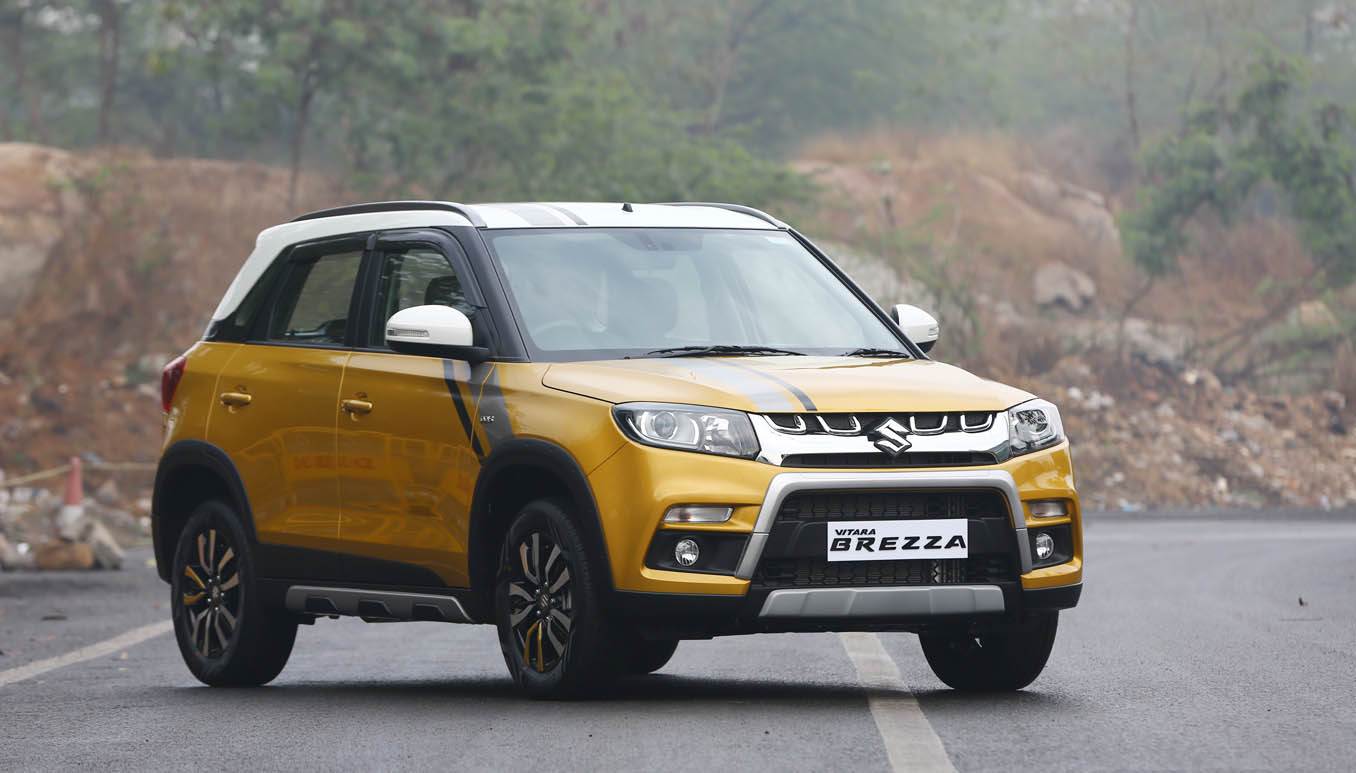 At No 7, Maruti’s hot-selling UV offering, the Vitara Brezza went home to 148,462 buyers, growing at a considerable 36.65 percent, with sales in FY2017 standing at 108,640 units. The accelerated sales have made the Brezza jump up two places from being at the No. 9 spot in FY2017. The compact SUV is relentlessly driving the growth of the company and contributed to over 58 percent of the company’s total UV sales in all of FY2018, which stood at 253,759 units, coming in from the pack of Gypsy, Ertiga, S-Cross and the Vitara Brezza.

The Hyundai Elite i20 took the No. 8 spot and sold 136,182 units in the fiscal, growing 7.82 percent (FY2017: 126,304). The Korean carmaker recently brought in the updated version of the hatchback to the market, introducing it at the 2018 Auto Expo. The i20 facelift now gets a host of exterior updates, such as revised tail-lamps, grille, bumpers and alloy wheels. However, the most crucial change has been brought under the hood, where the premium hatchback now gets a CVT option, mated to its 1.2-litre petrol motor. 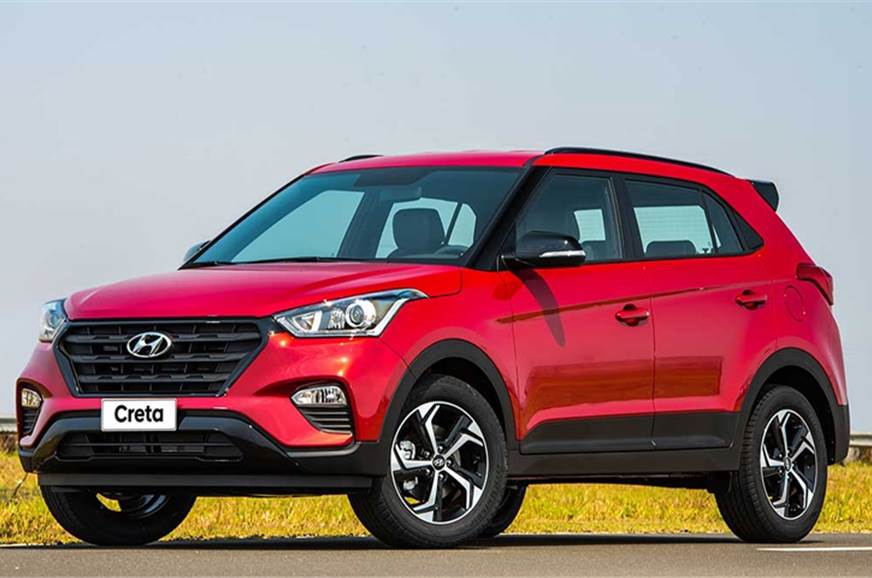 Its elder sibling, the Hyundai Creta SUV bagged the No. 9 position and sold 107,136 units, consistently maintaining its strong affinity among buyers and growing 10.56 percent (FY2017: 96,899) on a YoY basis.

Closing the tabulation at the final spot is the Maruti Celerio, which sold a total of 94,721 units in the fiscal, albeit, drawing slight de-growth of 2.711 percent (FY2017: 97,361). The car plays alongside the Wagon R and offers good convenience with the option of an AMT in a small footprint suitable for city usage. 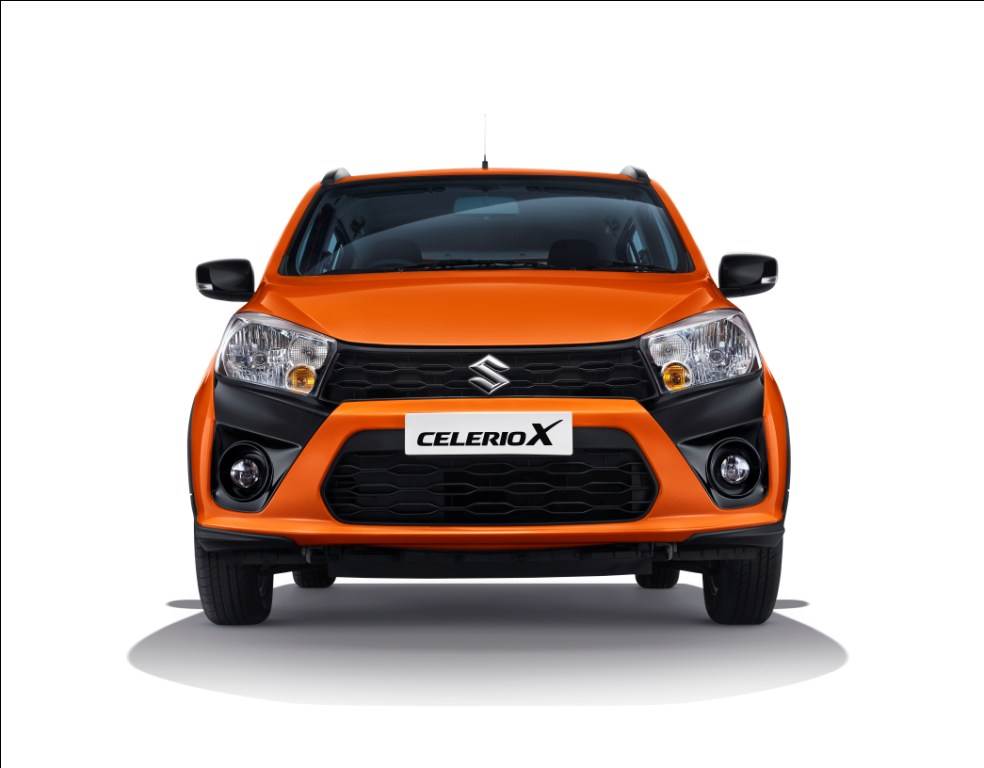 With projections of a bountiful monsoon in the ongoing calendar year, plausible lending rates and customer sentiments expected to remain strong, the Indian passenger vehicle segment could only be envisioned to grow further in FY2019, given that there continues to remain a stable policy environment for the auto sector from the government’s side.

With a 7:3 score, the country's Top 2 carmakers - Maruti Suzuki India and Hyundai Motor India are clearly the only ones battling it out hard in the Top 10 list for two consecutive fiscals in a row. Will they ever leave a chance for any other company to break into this space and shoot the excitement levels just a bit higher? With compact SUVs being the  talk of the town, can the latest entrant - the Tata Nexon - draw buyers in large numbers and find its place into the wall of fame? We'll find this out in the days to come. 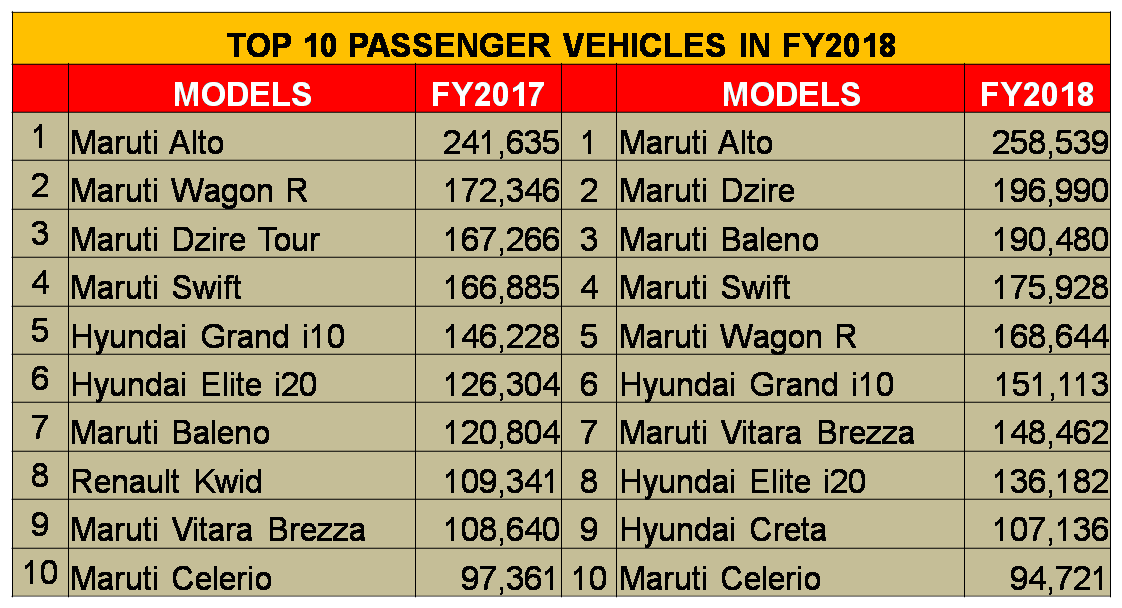