When the PV sector was already reeling under the pressure of an prolonged economic slowdown, the outbreak of the Coronavirus put the final nail in the coffin for FY2019-20. 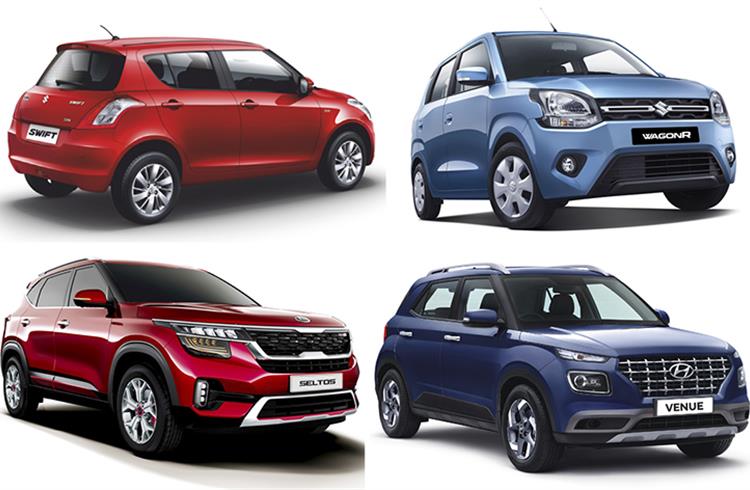 As March turned into April, FY2019-20 came to a close. Even as April marked the dawn of a new BS VI emission era, it also marked the end the end of a fiscal fraught with a number of challenges for the Indian automobile industry. The passenger vehicle (PV) segment has had to contend with a number of growth-impacting factors such as dampened consumer sentiment, poor liquidity in the system, the move to BS VI, the sharp shift to petrol-engined vehicles, the impact of shared mobility, keeping the BS VI-driven price increase to a minimum and more, recently, the all-India lockdown. Thus, it's not surprising that the March 2019 sales numbers are anything but exciting.

As usual, the country's PV market leader was the first OEM to announce its March 2020 and FY2020 numbers. As they say, when Maruti Suzuki sneezes, the industry catches a cold! From the sales data subsequently released by other OEMs, it is amply clear that FY2020 has been a year that PV manufacturers would like to forget in a hurry. But will FY2021 be any better? The verdict is out on that though.

This is easily the worst monthly sales performance for the company in a very long time, wherein it has seen sharp sales declines in all PV sub-segments both in March and for the full fiscal, and is a telling comment on how difficult sales will be for the PV industry progressively this year.

While the company only had a handful of its models such as the Grand i10 Nios, Aura and the Venue available in BS VI guise so far, a complete transition of its entire portfolio to the new emission norms that kick in today would give it more energy to play through  the full spectrum of the market.

Kia Motors India: 8,583 units, Seltos stays strong
Hyundai’s sibling Kia Motors India recorded sales of 8,583 units with the popular Seltos SUV going home to 7,466 buyers and the recently launched flagship Carnival luxury MPV clocking 1,117 units. While in isolation, the numbers look good for a damp month, compared to the performance through the last 8 months since going commercial in India in August 2019, its Kia’s worst ever.

The Seltos had sold 14,024 units in February and 15,000 in January 2020 – its best performance so far. Nonetheless, the company still has much to cheer about as the SUV continues to see surging sales and has surpassed the 80,000-unit sales mark in a flash.

Toyota Kirloskar Motor: down 45% in March
For the Japanese carmaker, domestic sales dropped 45 percent to 7,023 units last month (March 2019: 12,818). As it embarks into its BS VI journey, the company also put a hard stop to its Etios series with the last shipments of the BS IV Etios Liva and Etios sedan going to markets abroad.

According to Naveen Soni, senior vice president, Sales and Service, Toyota Kirloskar Motor, “Even though the company has been long successful in liquidating all BS IV stock and transitioning into a 100 percent BS VI manufacturing era, last month has been very challenging for us, both in terms of sales as well as production.”

“With the prevailing threat of the spread of Covid-19 in various parts of the country followed by the 21-day national lock-down, the company’s priority was to ensure the safety and wellbeing of all its stakeholders and most importantly our dealers and their staff who are in the frontline. To bring this to immediate effect, our dealerships across the country were shut down beginning March 23rd along with a temporary halt of production at our plant in Bidadi,” he added.

According to Mayank Pareek, president, PVBU, Tata Motors, “Vehicle sales was affected by the COVID 19 outbreak and the subsequent nationwide lockdown. However, the customer response to our newly launched models – the Altroz and the refreshed BSVI range is encouraging. Our BSIV vehicle stock is near-zero in the entire network.”

Commenting on the March sales, Veejay Ram Nakra, CEO, Automotive Division, M&M, said, “Our performance in March has been muted on account of the impact of the current lockdown related to Covid-19 and the disruption in our BS6 ramp-up plan. The latter was planned between February and March but was affected due to the challenges of parts supply from global and local suppliers.”

Nakra also commented on Mahindra’s BS4 vehicle inventory. “We have been able to clear our BS4 inventory, but for fewer than 100 vehicles. However, there are many vehicles that are sold, but not yet registered because of the closure of RTOs.” Nakra said.

Mahindra does have a busy FY2021 though with the launches of the new Thar and XUV500, and the roll-out of its new mStallion petrol engine family. However, it’s the ever popular Mahindra Bolero, launched in updated BS6 avatar only recently, that could be the model that gets things moving once order is restored.