The third month of FY2021 was the first full month of sales after a washed-out April and a truncated May. While the fizz in sales is yet to come, improving numbers would bolster automakers. 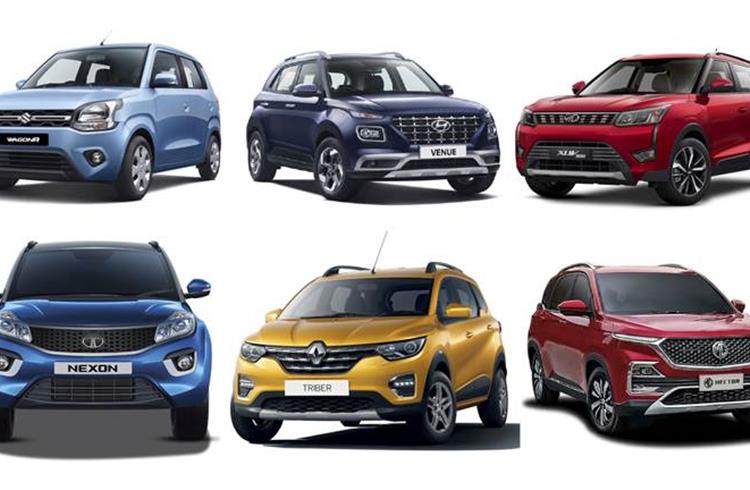 Finally, a full month of sales for India Auto Inc. After a washed-out April and a truncated May, June 2020 saw OEMs and their dealers function, in different states of readiness, for the entire month. Understandably, given the ongoing pandemic, some states still in lockdown mode, depressed consumer sentiment and vehicle logistics still to shape up fully, the total numbers across segments will not be worth shouting about. What’s worth is that the positivity is back and the June numbers show marked improvement over May.

While there’s no shred of doubt that FY2021 will see overall PV sales down by double digits, it is felt that by the onset of Diwali in October-November, sales will begin to rev up. The sales speedbreakers though remain the ongoing consumer fear of the spread of the coronavirus and the standoff between India and China impacting automotive component supplies. For India Auto Inc, which saw an 18% YoY sales decline in FY2020, this was something it could have done without. And there’s no sight of the vehicle scrappage policy or GST reduction either.

Let’s take a look some manufacturer-wise sales numbers for June 2020:

Maruti Suzuki India:  51,274 units (-53.8%)
Passenger vehicle market leader Maruti Suzuki India has reported improved numbers in June compared to May. It has posted total sales of 51,274 units in the domestic market in June 2020. On a year-on-year basis, the June sales numbers are down 54 percent compared to June 2019’s 111,014 units. Maruti Suzuki also supplied 839 units to Toyota Kirloskar Motor (other OEM) to which it supplies the rebadged Baleno, the Toyota Glanza. In addition, the company exported 4,289 units in June 2020.

Hyundai Motor India: 21,320 units (-49.2%)
Hyundai Motor India, India’s second-largest carmaker by sales volume, registered total domestic sales of 21,320 units, a 49 percent YoY reduction over June 2019 when it had clocked sales of 41,982 units. However, just like Maruti Suzuki, the Korean carmaker was also able to improve its performance significantly over the month of May when its wholesales had dropped to a dismal 6,883 units in the domestic market.

What is also helping Hyundai’s cause is that the company had just launched its bestseller Creta in an all-new avatar on March 16, and is seeing the SUV drive the company’s fortunes in these times.

According to Naveen Soni, senior vice-president, Sales and Service, TKM, “With demand gradually coming back in the market and with strong support from our dealer partners as well as the hard work of our SBUs (Strategic Business Units), we have been able to keep up with customer expectations. Thanks to our special financing offers and buyback offers which has also helped bring customers back to dealerships. Our retail is nearly double of wholesales second month in a row thereby bringing down our dealers’ inventory carrying cost by more than 50 percent over the past two months. We are also seeing a visible growth in online enquiries as well as bookings.”

With a series of new and refreshed products such as the Tata Altroz premium hatchback and the facelifted Tiago as well as the BS VI Tata Harrier, Tata Motors is looking to revive business and bring customers back to its showrooms.

According to Shailesh Chandra, President, Passenger Vehicles Business Unit, Tata Motors, “The Covid-19 lock-down deeply impacted PV industry sales in Q1 FY2021. After partial sales recovery in May 2020, pent-up demand supported a steeper recovery of retail in June. Our retail was stronger than wholesales by 27 percent, driven by the company’s focus on retail while ensuring optimum inventory levels in the network. The new product portfolio, including the newly launched Altroz, continues to receive a strong response in the market. The response to the company’s EVs continues to be encouraging, with 328 EVs sold during the quarter.”

According to Rakesh Sidana, director, Sales, MG Motor India, “Even though our sales performance in June 2020 was better than May this year, we continue to face headwinds in supply chain and logistics due to multiple issues. Our teams are doing their best to overcome these challenges and we are looking forward to the launch of the Hector Plus in July 2020.”

Honda Cars India: 1,398 units (-86.4%)
Japanese carmaker Honda Cars India registered cumulative domestic sales of 1,398 units last month, an 86.4 percent de-growth compared to June last year. But the performance is slightly improved compared to May, when the company could only despatch 375 units to its dealers as its manufacturing facility in Greater Noida, Uttar Pradesh couldn't resume operations due to falling into a containment zone. However, the plant is now humming and the company is all set to introduce its key model for India - the fifth-generation Honda City sedan - produced at the Greater Noida facility.

Honda is also set to introduce the updated BS VI WR-V crossover on July 2 and would be aiming at a fair share of the UV segment with the Jazz-based compact SUV.

What lies ahead?
So, while the challenges of the pandemic continue to be there even as the country engages itself in Unlock 2.0 to gradually revive the economy, true revival of the automotive industry seems to be a humongous challenge in the short-term.

While demand is expected to slowly pick up as people opt to buy cars to ensure safer means of personal mobility, the pace of growth of new cars is still unpredictable and industry experts believe that a good monsoon and the festive season are the only hopes lying ahead. Whatever be the case, the Covid-19 pandemic has given a tough jolt to the already ailing sector which supports millions of jobs and the economy in general. Are the government and the powers that be listening? Bring out the vehicle scrappage policy and reduce GST – that is the need of the hour for India Auto Inc. 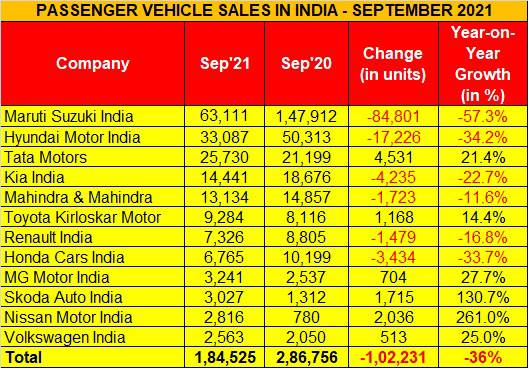