Bikes that stretch every ounce of costly petrol to the max are back in demand and help power sales in April-June. Midsize motorcycles also witness surge of demand in a wave that can only get bigger. 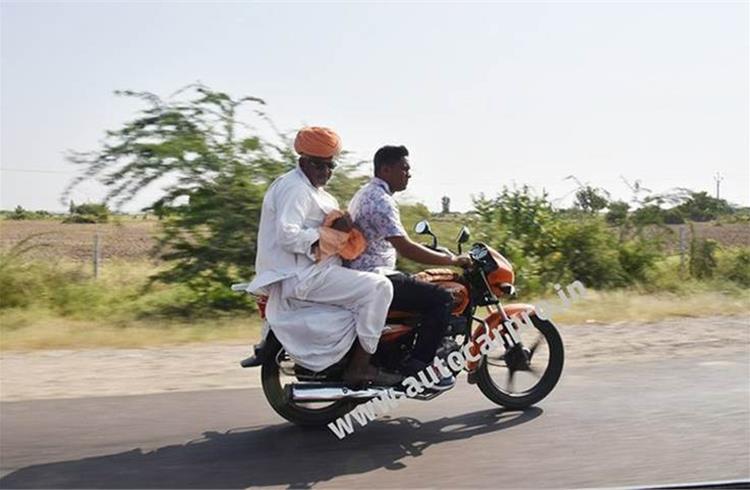 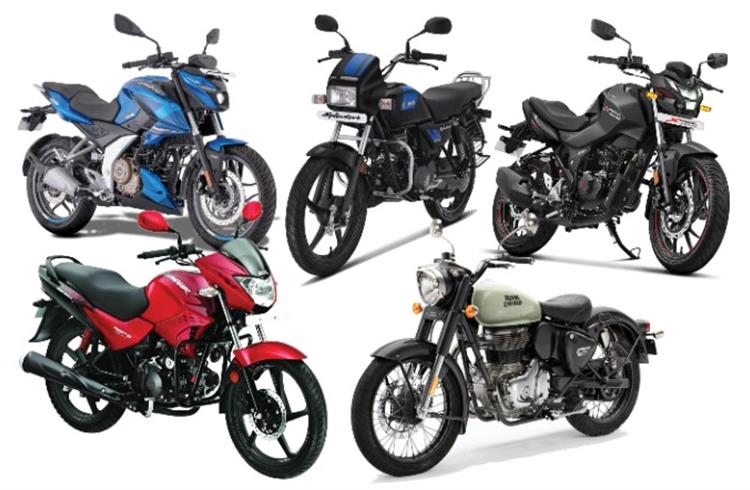 The first three months of FY2023 have given India Auto Inc a reason to smile. With cumulative wholesales of 4,935,870 units across the passenger vehicle, commercial vehicle, three- and two-wheeler segments, the 55% year-on-year growth lays the foundation for a much-improved fiscal, after the Covid-impacted FY2020 and FY2021.

The biggest contributor in term of volume, of course, is the two-wheeler segment with 3,724,533 units or 75% of total industry sales in April-June 2022. Motorcycles is the biggest sub-segment within two-wheelers and accounted for 2,405,228 units or 64% of total two-wheelers. Scooters comprised exactly half that number – 32% or 1,207,903 units and mopeds made up the remainder with 111,402 units.

Green shoots of revival at rural India, frugal commuters in demand
A close look at SIAM-released Q1 wholesales numbers for the 11-sub-segment motorcycle engine categories reveals that the bulk of the buying in Q1 has happened in the frugal bike category – mainly 100 to 110cc bikes which excel in the art of stretching every ounce of costly petrol to the max. Over 1.2 million (1,276,764 units) of them were sold, recording strong 35% YoY growth and accounting for 53% of total motorcycle sales in Q1.

These entry level 100-100cc bikes are the machines favoured by the populace in rural India, people who go about their daily chores – be it milk or other food deliveries, ferrying children to school or a myriad of other activities on two wheels. Demand also comes from the bottom of the pyramid in urban India, where frugal commuters are back on ‘hybrid’ duty as work-from-office makes a comeback.

Speedy growth in the 110-125cc segment
When a segment which sells vehicles in excess of six figures records 66% YoY growth, it’s not something to be scoffed at. With young riders gradually making a shift from the humble 100cc commuter to peppier and also frugal 125cc bikes, this go-segment recorded sales of 691,022 units, up

200-250cc: Why not taking off?
It is difficult to reason why this segment is not taking off. Just 9,295 units sold and that too is a 33% decline on year-ago sales of 13,794 units. Is a lack of exciting and value-for-money products the reason for the slowdown in the 200-250cc segment? It could be that bikers are preferring to spend a little extra and go all out to the next level.

One of the reasons for the relative non-performance of this segment is the pricing of the bikes. The 200s are nearly as good as the 250s in most aspects. Furthermore, the 250s' pricing tempts people to look at higher capacity options. And fuel economy is not their avowed goal either.

250-350cc: Midsize magic underway
If there is one segment which has the potential to notch huge success, then it is the mid-capacity motorcycle category, broadly split into two sub-categories – 250cc to 500cc engines which power the smaller, affordable models, and the 500cc to 800cc motors that straddle the premium end of the midsize bike market.

The fast reducing price gap between these bikes and feature-rich premium 150-200cc commuter bikes is driving buyers to the 250-350cc category. Many first-time bike buyers, who cannot afford a big, muscular superbike, are keen on a smaller, style, performance-oriented machine with value for money written all over it.

There is also the global trend of OEMs the world over offering lighter models with easy to ride dynamics and ergonomically comfortable seat height, which makes them practical for city commuting as well as wind-in-the-hair highway excursions.

500-800cc: Royal Enfield swamps this one too
With 5,310 bikes sold under this category, YoY growth was a smart 114%. No guesses here knowing who’s on top here – the 650cc twins from Royal Enfield. Next best is India Kawasaki with 180 units split between its Ninja 650 and Versys. It is followed by Triumph Motorcycles India with 124 units of the Street Triple.

GROWTH OUTLOOK: Cautiously optimistic
From the looks of it, the poor market sentiment which had bogged down mass-market motorcycle sales in rural India seems to be ebbing. While high petrol prices, inflationary pressures and cost of ownership continue to be challenges in the commuter bike segment, sustained demand from rural India will help drive momentum in the motorcycle market in the months ahead.

No such inflationary pressures for the midsized or luxury bike market, where sales are racing along at a rapid pace. For instance, BMW Motorrad India is headed for record sales this year. In the first six months of 2022, it has sold a total of 3,114 units – 60% of the company's total CY2021 sales – have been retailed enabling smart growth of 56.7%.

With three months of the fiscal over and nine still to go, it's still early days for India Auto Inc and for the two-wheeler industry to confirm whether sustained growth is here to stay. But the ample monsoon across the country augurs well for the agrarian-led economy, along with the benefits that percolate first to the two-wheeler and tractor segments, followed by the rest of the automobile industry, and that's already happening.