Mercedes-Benz global sales up 11.3% in April 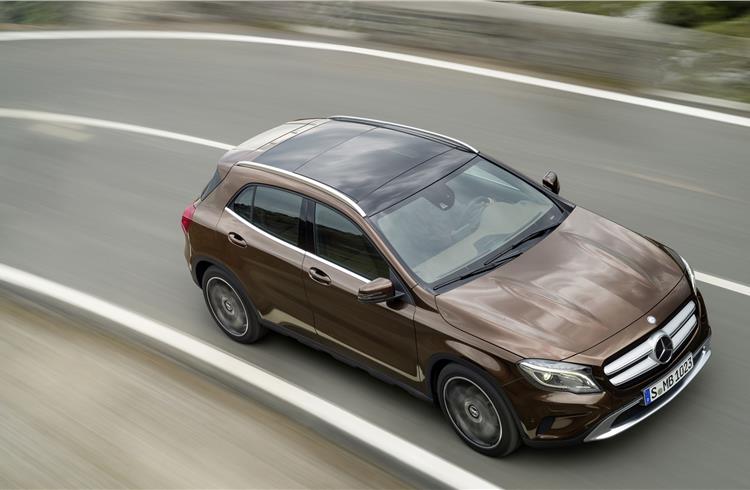 "We began the second quarter with double-digit sales growth," said Ola Källenius, member of the Board of Management of Daimler AG, responsible for Mercedes-Benz Cars marketing and sales. "In the course of the year, we plan to keep that momentum going with a stream of new products including four new or revised SUVs. In addition, we recently showed the Concept GLC Coupé, which will go into series production in 2016, at the auto show in Shanghai," continues Källenius.

A sales record was also posted in the Asia-Pacific region with 45,034 vehicles sold in April (+23.3%). In China, where the local production of the GLA started last month, 27,069 customers opted for a Mercedes-Benz. The record could be achieved due to a sales increase of 20.6% compared to the same month of the previous year. In Japan (+37.5%) and Australia (+16.2%), Mercedes-Benz says it is the market leader among the premium manufacturers in April. In India, it set a new sales record for the third consecutive time where it recorded a sales increase of 49.1%.

One year after the market launch of the GLA, it has made a significant contribution to the record sales of Mercedes’ compact cars in April. Last month, 45,016 customers opted for a compact car (+22.9%). The latest member of the compact car family, the CLA Shooting Brake, saw very good customer response in the first month after its launch.

Mercedes-Benz’s SUVs continue to enjoy great popularity and in the first four months of the year, 147,708 SUVs (+29.4%) were sold with demand very high for the G-Class and the GLK.

In April, the majority of smart fortwo and smart forfour went to customers in Germany and Italy, where sales increased by more than 50 prercent. Worldwide 10,949 smart models were sold, up 30.5 percent year on year. 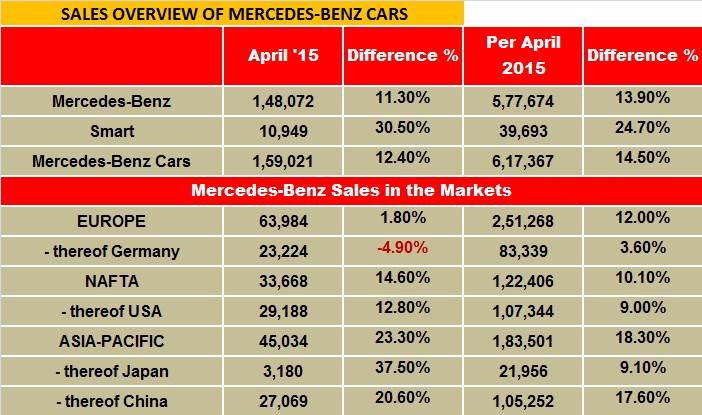