Even as Maruti Suzuki continued to populate the list with its hot selling models, the surprise entrant this month was Renault, with the Kwid taking the last spot in the list with sales of 6,888 units. 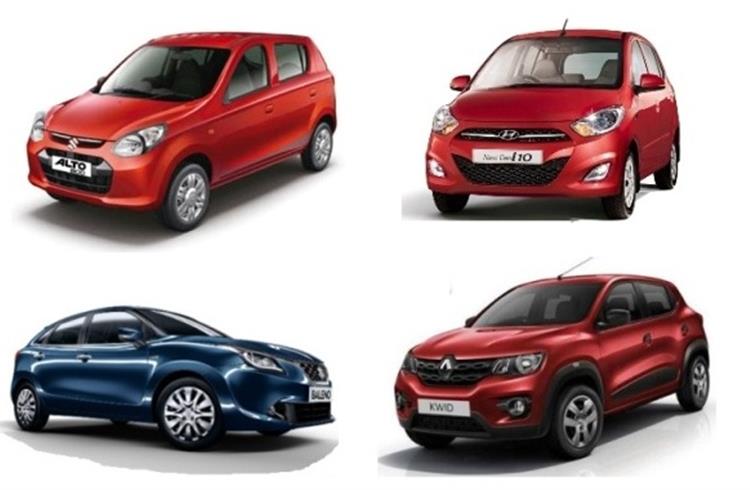 Despite December being a mixed bag in terms of sales for the Indian carmakers, competition heated up in the Top 10 sales list for the month.

While petrol carmakers like Maruti and Hyundai were able to push despatches at the fag end of the year, predominantly diesel passenger vehicle manufacturers like Toyota Kirloskar Motor, Tata Motors and Mahindra & Mahindra saw muted demand, largely due to the selective diesel-car ban in Delhi-NCR. Another sales dampener was the flood-hit Chennai which received its heaviest rainfall in a century in early December and affected most major automakers, along with their component supply chain, in the region.

Even as Maruti Suzuki continued to populate the list with its hot selling models, the surprise entrant this month was Renault Motor India, with the Kwid taking the last spot in the list with sales of 6,888 units.

Given the strong response for the Kwid, Renault has substantially increased its sales and service network reach in India, from 14 sales and service facilities in mid-2011 to 190 currently, and will reach 240 facilities by end-2017, which includes expanding its presence in existing and new markets in urban, semi-urban and rural India.

Even as the Kwid has helped in expanding the entry-level hatchback segment, it still comes nowhere close to segment leader Alto, which remained on the top spot for December as well with sales of 22,589 units.

The Wagon R with sales of 14,645 units took the number two spot, beating its other siblings like Swift (14,548 units) and the DZire (13,176 units) which followed on the third and fourth spots, respectively.

Hyundai Motor India with its Grand i10 and Elite i20 hatchbacks captured the fifth and the seventh spots on the list. Hefty year- end discounts on the Grand i10 propelled sales to 12,749 units in the month, ahead of the Elite i20, which saw sales of 10,379 units. 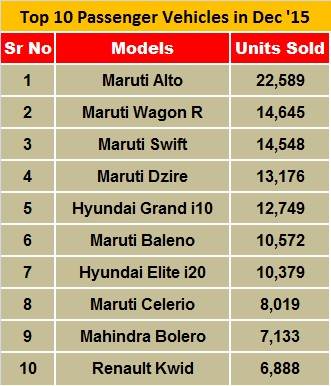 Maruti’s Baleno took the sixth spot on the list with sales of 10,572 units and also became the most sold premium hatchback in the country as it edged ahead of the segment leader i20, for the first time since its launch in October last year.

The Baleno seems to have struck the right chord in urban Indian car buyers; and another testament to its popularity is the fact that it has been the most searched car online in India since its launch.

Maruti’s Celerio hatchback also featured in the Top 10 list with 8,019 units. This continued performance by Maruti is a pointer to the fact that the company enjoys an overwhelming 52.77 percent market share in the passenger car market.

Interestingly, M&M also had a representative in the Top 10 list in December with its ageing Bolero taking up the ninth spot with 7,133 units. The Bolero was also the only UV to feature in the list.

Another surprise was the departure of Honda from the Top 10 list in December. The City, which sold 6,366 units in the month, could not make the cut despite being Honda’s most sold car in the month.

Now with all eyes on the upcoming Auto Expo next month, plenty of fresh model launches are in the pipeline and competition is all set to heat up in the Indian car market. As new models like Honda’s BR-V, Tata’s Zica and Volkswagen’s Ameo look to break through in their respective segments, it would be interesting to see if there are any major upheavals in the Top 10 in the coming months. 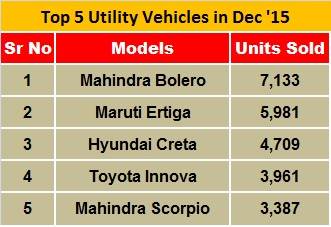