The aggressively priced SUV helps FCA India open its UV market share in a competitive marketplace, even as the Maruti Vitara Brezza, Hyundai Creta strengthen gains and the game-changing Tata Nexon drives in. 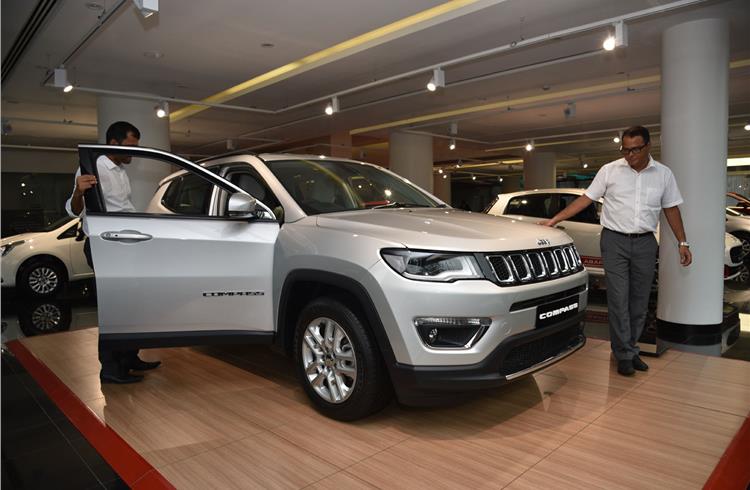 When a new model clicks in the market, it spells good news for all industry stakeholders – the vehicle manufacturer, component suppliers and the specific vehicle segment itself. That’s just what the Jeep Compass has done.

The locally manufactured Jeep Compass, which was launched in India on July 31, has helped FCA India Automobiles open its market share account in the booming utility vehicle (UV) segment in the country. Between August and September 2017, the SUV, whose pricing starts at an aggressive Rs 14.95 lakh (ex-showroom, New Delhi), for the base Sport petrol trim and comes in a total of six variant options – three each in diesel and petrol – and the top-end diesel Limited 4x4 variant at Rs 20.65 lakh, has sold a total of 5,106 units. This has given the Italian manufacturer a 1.16 percent market share in the first half of the fiscal (April-September 2017) in the UV segment.

The compact SUV, which sits at the starting point of Jeep’s line-up of vehicles in the Indian market, aims to enhance the brand’s accessibility in the market, by being ‘Made-in-India’ and benefiting in terms of pricing, as compared to its other CBU siblings.

As is known, the Ranjangoan facility of Fiat Chrysler Automobiles (FCA) is the mother plant for the Compass SUV, for all the right-hand-drive markets out of a total hundred, slated for the product’s launch. The SUV will only be manufactured at three other locations globally, including Brazil, Mexico and China. The coming months will see if the initial sales promise is maintained.

SUV-ival of the fittest
The SUV market in India, particularly compact SUVs, is seeing a massive wave of demand which vehicle manufacturers are keen to ride on. While OEMs with well-established models are producing as many as they can and readying a new SUV product pipeline, others are looking to enter the segment in a hurry.

FCA India is among seven out of 16 UV makers in the domestic market which have increased their market share in the first half of FY2018. Leading the charge, not surprisingly, is Maruti Suzuki India. With 124,248 UVs sold (+35.1%), India’s leading carmaker currently has 28.24 percent of the UV market, thanks to the surging demand for the Vitara Brezza as well as continuing demand for the Ertiga. In the April-September 2017 period, the Vitara Brezza has gone home to 74,228 buyers, the Ertiga to 37,975 new owners, while the S-Cross sold 8,481 units and the Gypsy 3,564 units. The Brezza, with nearly 60 percent of total Maruti UV sales, has for quite some time been the game-changer for the company, which is understood to be now looking to introduce a new range of SUVs in the coming future.

Honda Cars India is another UV player which has seen new demand come its way. The Japanese manufacturer has doubled its UV numbers from H1 FY2017 when it had sold 15,421 units for a market share of 4.13 percent. In H1 FY2018, the company has sold 31,166 units, which helped it increase market share to 7.08 percent. The latest entrant in the UV market is Tata Motors’ first-ever compact SUV – the Nexon – which has created a massive buzz and already has a two-month waiting period. Although a late entrant into the booming compact SUV market, Tata Motors' snazzy, high-on-safety and aggressively priced Nexon bids fair to challenge the well-entrenched leader, Maruti Vitara Brezza. 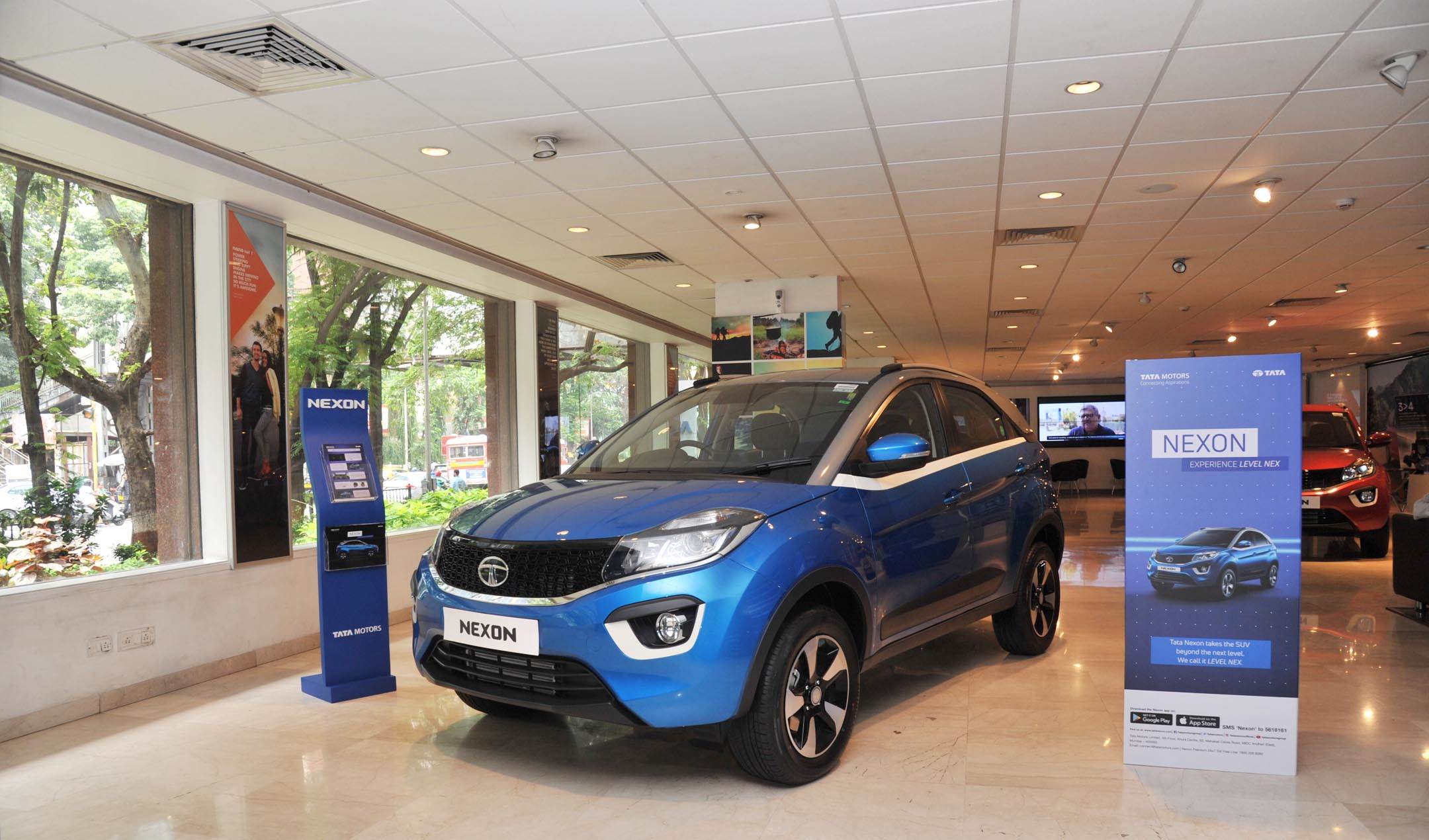 In H1 2018, Tata Motors has sold a total of 14,593 UVs, a performance which has helped it increase market share to 3.32 percent from 1.99 percent (April-September 2016: 7,426). The Nexon with sales of 2,772 units in its first month since launch has already revealed its intent of being a newsmaker through the next half of the fiscal and more. UV major Mahindra & Mahindra, which has benefited from the return of good times in rural India, saw overall UV sales grow to 114,598 units in April-September 2017, compared to 109,194 units a year ago. However, new models from rivals have grabbed UV market share which means that M&M’s share has dropped to 26.04 percent from 28.97 percent a year ago.

Nevertheless, M&M is pushing ahead with gusto. On October 10, it launched the facelift of its KUV100 hatchback, the KUV100 NXT priced at Rs 439,000 (ex-showroom, Delhi). The top-spec K8 diesel is priced at Rs 733,000. The facelift model is more muscular in appearance, gets a total of 10 trims, with changes to the interior and a few mechanical updates. UV segment headed for a record fiscal
At half-way stage in the fiscal year, the UV segment with 440,010 units sold is headed to notch record numbers for the entire FY2018. In FY2017, a total of 761,997 units were sold (+29.91%) out of a total of 3,046,727 passenger vehicles, accounting for 25 percent of the total and importantly helping overall PV numbers cross the 3-million unit mark for the first time.

If the same UV sales trend continues, and there is no reason to think otherwise, demand for SUVs can only grow what with a good number of new models expected in the coming months. While the Skoda Kodiaq has already been launched, Renault is set to bring in the Kaptur. Ford India will roll out the heavily updated Ecosport, which is slated for launch on November 9, 2017 replete with a fresh face, more features and new 1.5-litre 'Dragon' petrol engine. And in the luxury SUV segment, expect a lot of new-product action from the likes of Audi, Mercedes-Benz and Volvo Auto India.