Korean automaker bullish about long-term growth from its youngest market with increased domestic market sales and made-in-India vehicle exports from the country. 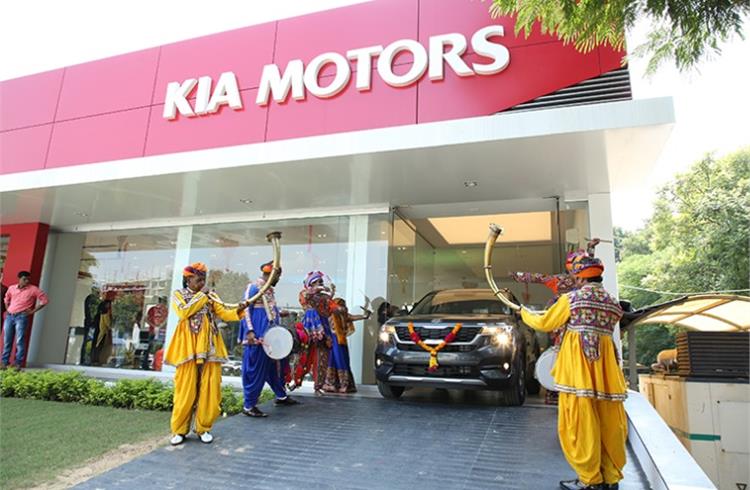 The Seltos, which is seeing strong global demand, was Kia’s second best-selling vehicle in 2020 with 328,128 units. India, with 91,324 units sold from January-November 2020, was a strong contributor. 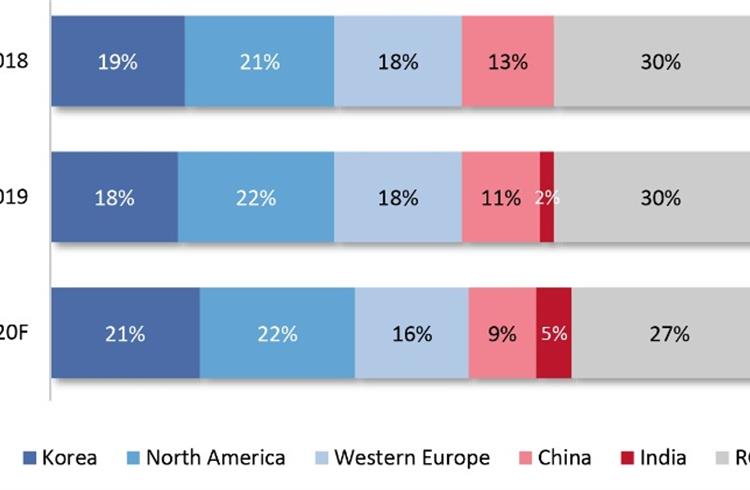 In the past Covid-impacted year, Kia has registered growth only in its home market of Korea and in India. 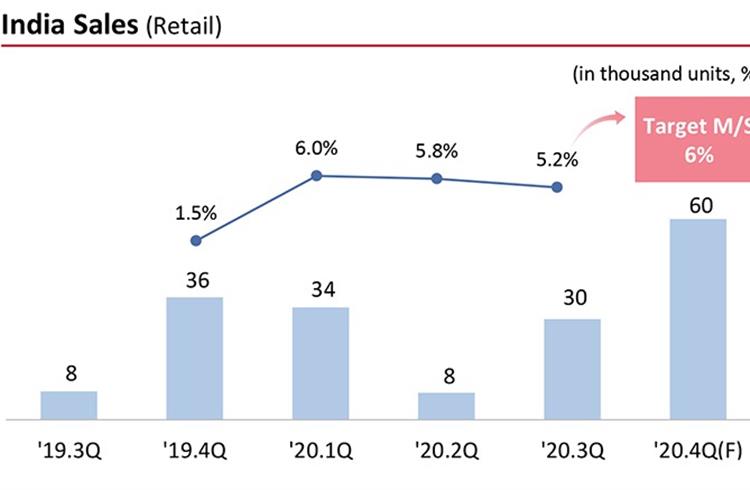 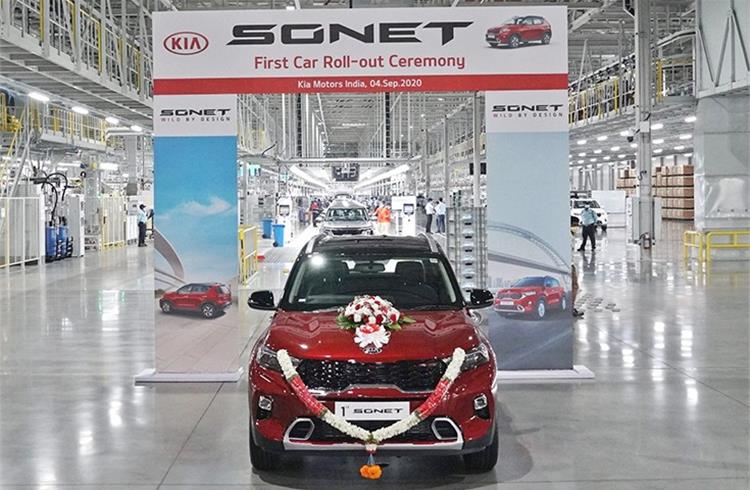 On September 18, 2020, Kia India launched its Sonet compact SUV which is seeing a strong market response. In just 3 months, till end-November, Sonet sales were 32,404 units. 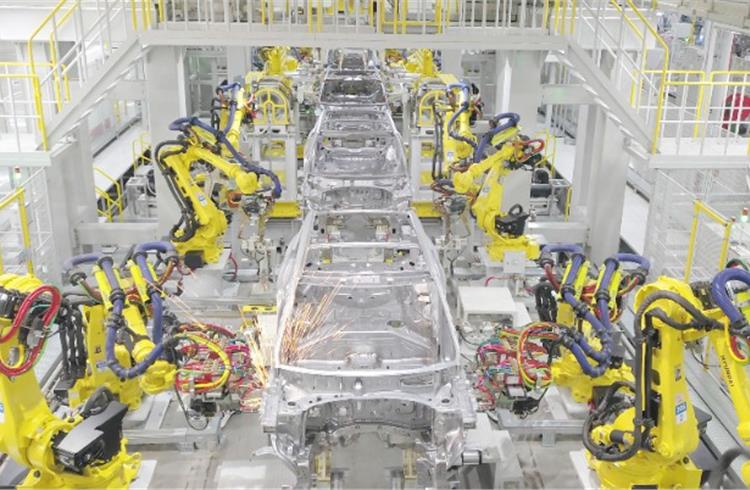 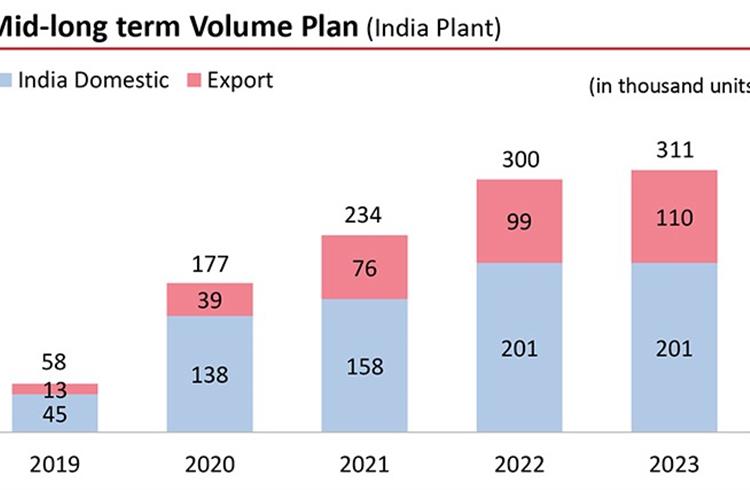 After registering a 5.9 decline in its CY2020 global sales due to serious challenges posed by the Covid-19 pandemic, Kia Motors is preparing a brand transformation in 2021, based on its ‘Plan S’ business strategy.

The Korean automaker registered cumulative sales of 2.61 million units in 2020, but is now targeting to sell 2.92 million units this year. The number includes a substantial volume of the sales coming from overseas markets which are projected to garner 2.39 million units over and above the 535,000 units being targeted from home market within Korea. India, its youngest global market, is expected to be a key contributor to its global sales.

India: the new jewel in Kia's crown
Kia Motors, a relatively unknown brand in India, entered the country in 2017 by setting up its subsidiary Kia Motors India (KMI), followed by the commissioning of a 300,000-unit annual capacity plant at Anantpur in Andhra Pradesh in July 2019.

The company went to market with the launch of its maiden SUV – Kia Seltos – in August  2019, which also marked the Korean giant’s entry into the B-SUV segment globally. The Seltos, which is seeing strong global demand, went on to become Kia’s second best-selling vehicle in 2020 with 328,128 units, after the top-selling Sportage SUV that clocked sales of 366,929 units.

Seltos packs a punch in India. . . and globally too
Kia’s aggressive strategy to market the Seltos in India with multiple variants and multiple engine/gearbox options at varying price-points clicked and buyers were soon making a beeline for the new SUV in town. The first quarter of production between July and September 2019 saw KMI stock its dealers with around 8,000 units to cater to the initial batch of customers, while sales in the subsequent quarter (Q4 2019) catapulted 350 percent to over 36,000 units, with the Indian subsidiary already starting to realise profits for its parent organisation. 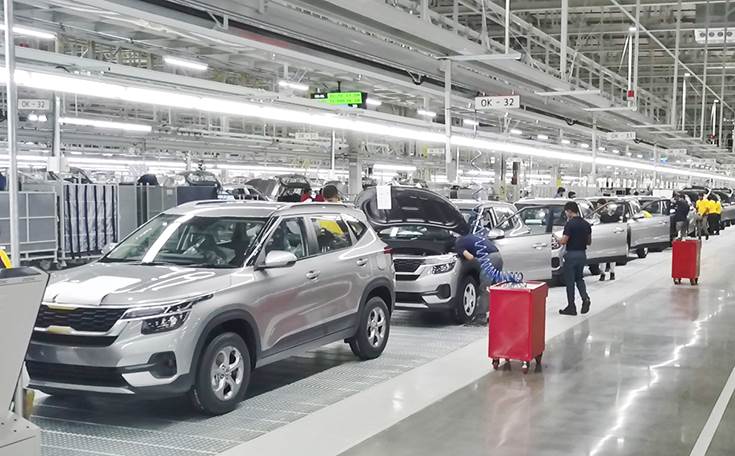 For a newcomer, this sort of performance is nothing short of phenomenal in a market which can otherwise be excruciatingly tough to survive, for its price-sensitive and value-conscious set of buyers.

Between August 2019 and end-November 2020, Kia India has sold a total of 136,550 Seltos SUVs, checking-in into the list of best-selling utility vehicles and being a constant there for 16 months in a row. With a range of petrol, turbo-petrol and diesel variants on offer in both manual as well automatic transmission options, KMI has sold 78,155 units of the petrol and 58,395 units of the diesel Seltos SUV till November 2020.

While KMI contributed 4.1 percent to Kia Motor’s global salesin Q3 last year, the Seltos has been recently assisted by a new sibling –the Kia Sonet.

Sonet: compact SUV with a big mission
The Sonet, a strategic India model for Kia Motors, was introduced in the middle of the pandemic in September 2020 after its global unveil in February last year. Just like Seltos, it too almost immediately stepped in into the list of the bestsellers, attributed primarily to the same strategy – a wide range of drivetrain, powertrain and creature comforts on offer. 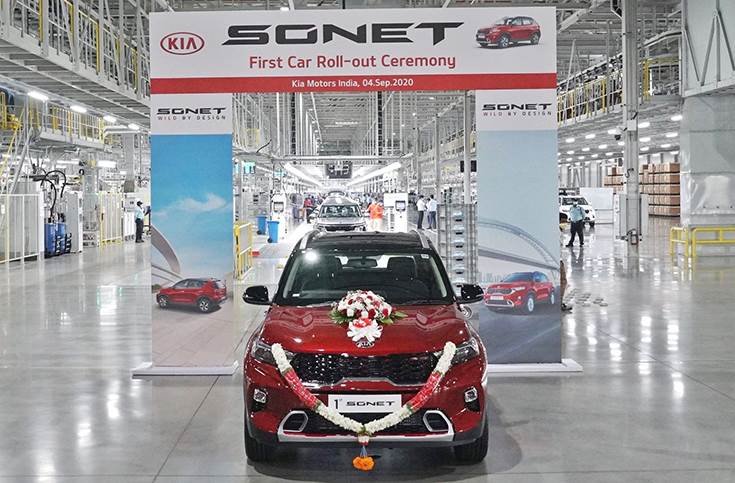 On September 18, 2020, Kia India launched its Sonet compact SUV which is seeing a strong market response. Till end-November, Sonet sales were 32,404 units.

With a price tag that puts it in an even competitive sub-four-metre compact SUV space in the country, the Sonet has had its task cut out against a slew of products, but KMI still managed to clock 32,304 units in a short span of four months. The Sonet has seen a majority of the numbers coming from petrol variants – 19,563 units – and remaining 12,841 from the 1.5-litre diesel engine option.

A small and rather insignificant contribution to Kia’s global volumes from India has also come from its flagship MPV – Kia Carnival – that was introduced as a CKD-only model in February 2020. Compared to the Seltos and Sonet, the India-spec Carnival, which is also the outdated, last-generation model of the global MPV, has garnered only 4,109 units from its sole diesel-automatic option on offer.

Clearly, the Carnival is to pronounce a halo image around the Kia brand in India, also giving the carmaker a price advantage over its Japanese and American competitors. Together with these three models, Kia Motors India has already got hold of a 6.03 percent share of the passenger vehicle market in India between August 2019 and November 2020, also grabbing a significant 16.02 percent of the UV market within a year-and-half of launch in India. 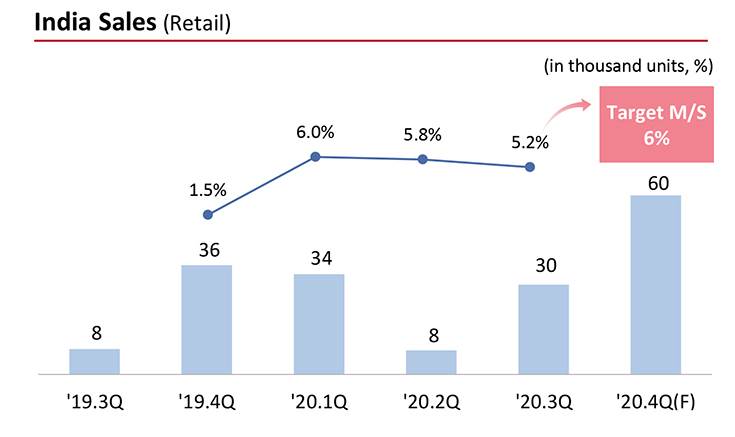 The road ahead
Going by its subsidiary’s sterling performance, Kia is betting big on its India business and has projected growing volumes for 2021, both for exports and domestic market, to its shareholders.

As per an investor presentation, Kia has pegged CY2021 volumes for the Seltos at 70,000 units in the domestic market and 41,000 in exports, while the Sonet gets to explore the potential of a relatively more mass-market sub-compact segment with 100,000 units chalked out for domestic sales and 44,000 units in exports from India.

In fact, making India a global export hub for some of its key models is an intrinsic part of Kia’s strategy to generate economies of scale and drive down costs. Export volumes and strong demand anticipated from the domestic market could see the carmaker run out of production capacity.

Kia plots an MPV in 2022 for India
To achieve maximum capacity utilisation by 2022, the Korean carmaker has revealed an incremental plan, wherein it will introduce an India-strategic midsized MPV in January 2022, eyeing 50,000 domestic units from this strategic new model, which is codenamed – ‘KY’. The Kia KY MPV is expected to take on the likes of the Toyora Innova Crysta and the Maruti Suzuki Ertiga.

The company currently exports its made-in-India vehicles to Mexico, Latin America, Middle-East and North Africa as well as Asia Pacific from its India plant. Exports have already registered a 200 percent uptick from 13,000 units in 2019 to 39,000 units in 2020.

Future challenges
While the Korean giant has projected India to be a growth driver for its global business in the coming years, there are also some potential challenges that could hamper its momentum going forward.

The India-spec Seltos received a three-star rating from Global NCAP in its recently-conducted crash test under the ‘Safer Cars for India Programme’. While the Seltos does get six airbags in its top trims and also comes equipped with camera-based active safety features, the point that invited a lot of flak for the brand was that the crash results identified its structural integrity to be ‘unstable’.

The aforementioned has raised question marks about Kia’s best practices for the Indian market in lieu of higher profitability, leading to a disparity in the safety offing between its domestic and export / global models. The Seltos for the Australia and New Zealand markets was able to secure a five-star rating in the Australasian NCAP as it comes equipped with higher equipment and also radar-based safety features.

So, even as it has built the right foundation for a successful long-term run in the Indian market and Kia is relying on its long-term growth to be led by India on the basisof a fully revamped product portfolio as well as focused approach to the market with offerings only in the SUV and MPV segments, it needs to also up its ante in terms of evaluating the India-spec vehicles under the same knife as it would before introducing any of its products in its top-ranking markets such as the US or Europe.