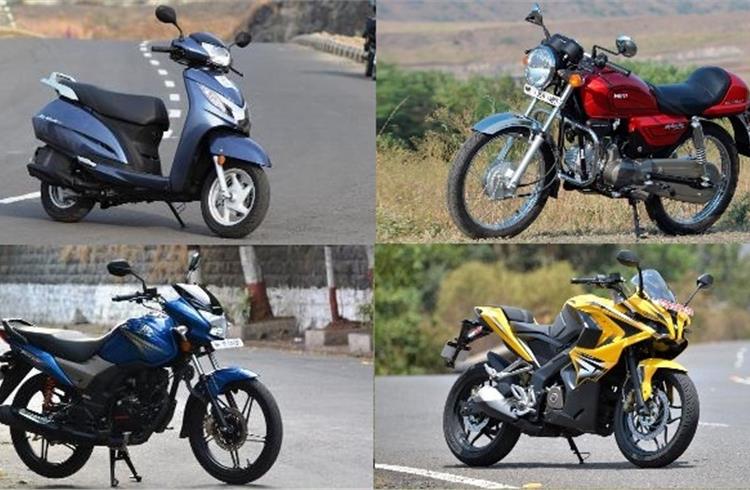 Calendar year 2016 is clearly turning out to be the year of scooters in the Indian two-wheeler market. Honda Motorcycle & Scooter India (HMSI)’s popular scooter brand Activa, which not only refuses to age but is increasing gaining traction every passing month, has yet again surpassed Hero MotoCorp’s bestselling Splendor motorcycle brand in September.

Continuing to be a stable performer for Hero MotoCorp, the 100cc mass commuter motorcycle HF Deluxe is third on the list with sales of 131,867 units. The company had reported sales of 101,579 units of HF Deluxe motorcycles in September 2015 when it was No. 4. 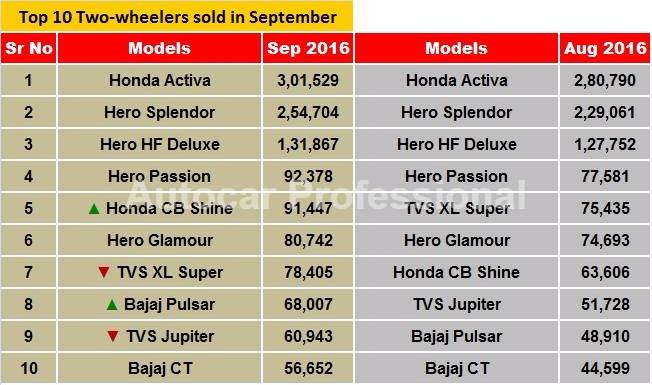 The Hero Passion holds the fourth position in the Top 10 list with total sales of 92,378 units in September 2016. However, the brand continues to perform below its last year’s performance. Hero had reported sales of 108,395 units under its Passion brand in September last year, when it stood at number three slot in the Top 10 two-wheelers list.

TVS’s moped, the XL Super ranked seventh with sales of 78,405 units during September 2016, which is a pointer to the fact that mopeds are not very much alive and kicking. 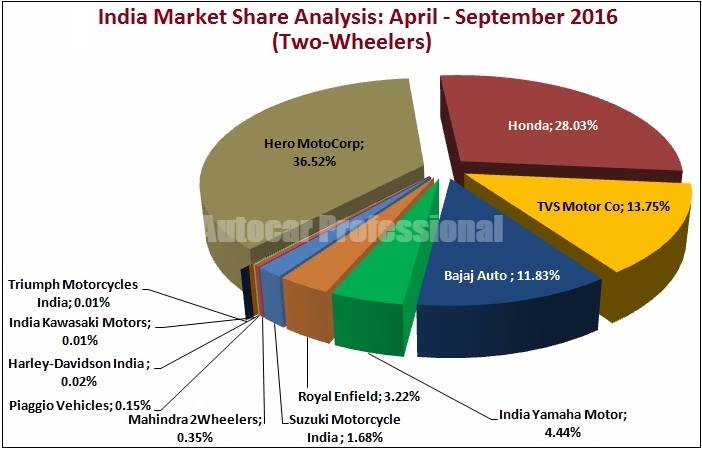 TVS Motor Company’s steady performer, 110cc Jupiter scooter model is the only other scooter to make it in the Top 10 bestselling two-wheelers’ list. The Jupiter sold 60,943 units in September 2016 and held the ninth position in the list.

Wrapping up the Top 10 for September is the CT100, Bajaj Auto’s most affordable mass commuter motorcycle, which ranked tenth with sales of 56,652 units in September 2016.